Recently, “Talk Show 5” is being updated. I didn’t know it at first, but a friend said that he was following him on social networks, and I just remembered.

To be honest, I really like the series of products from Xiaoguo Culture, and I also admire Li Dan. But from the perspective of development context, it is difficult for me to say that Wang Zijian’s cross talk -> talk show after 80 tonight -> Tucao conference -> talk show conference is a feeling that an industry is constantly improving. I can only say that the talk show industry, although under the leadership of Xiaoguo, has gradually become a scholar, but it cannot be said to be truly prosperous.

Yes, all need to amuse you. But in a completely different way.

Therefore, I do not understand the Chinese people’s misunderstanding and criticism of Yang Li. 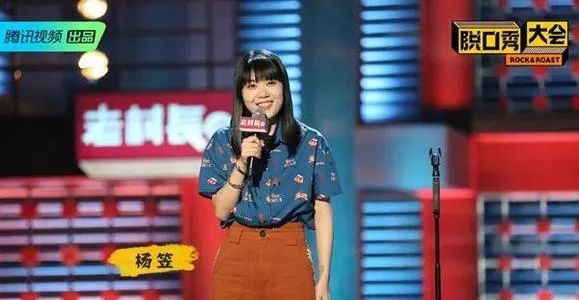 Yang Li’s most outrageous lines, “It’s so ordinary, but so confident”, “Between us, only the child I gave birth to can be sure of being my child” is put on the talk show stage outside of China and can only be counted as The most innocuous joke. 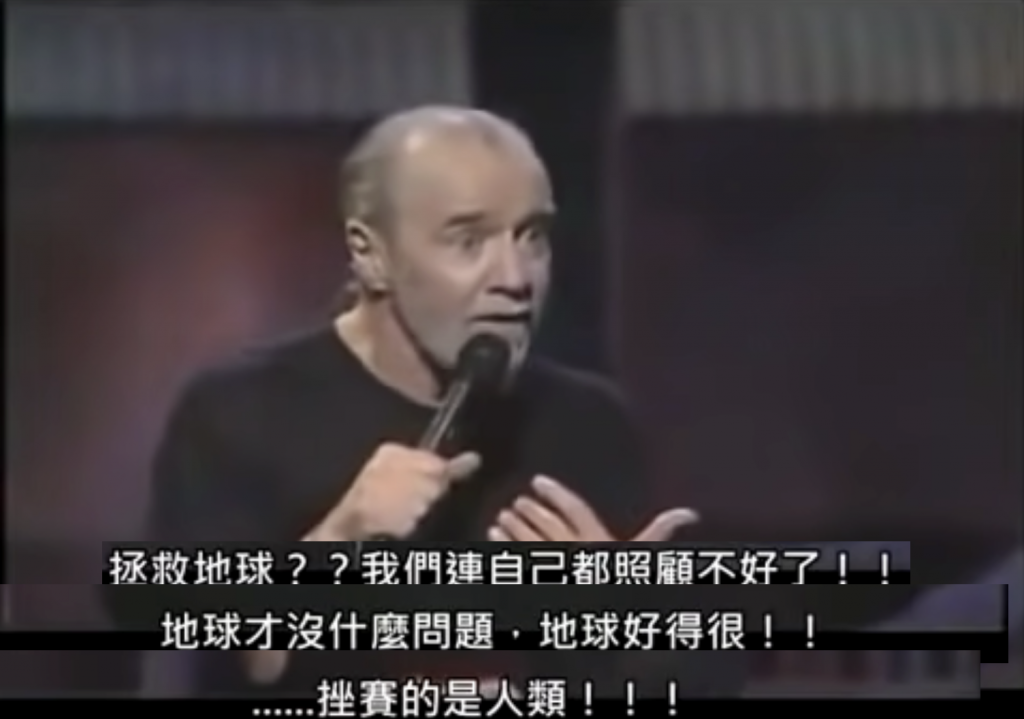 Many people like him to attack environmentalists and Bai Zuo directly. However, he has also attacked those who oppose abortion, and his tone is even more offensive. These people are mainly right-wing conservatives in the United States. He said why most people who oppose abortion are so ugly that people don’t want to fuck them. How directly offensive and life-attack is this? 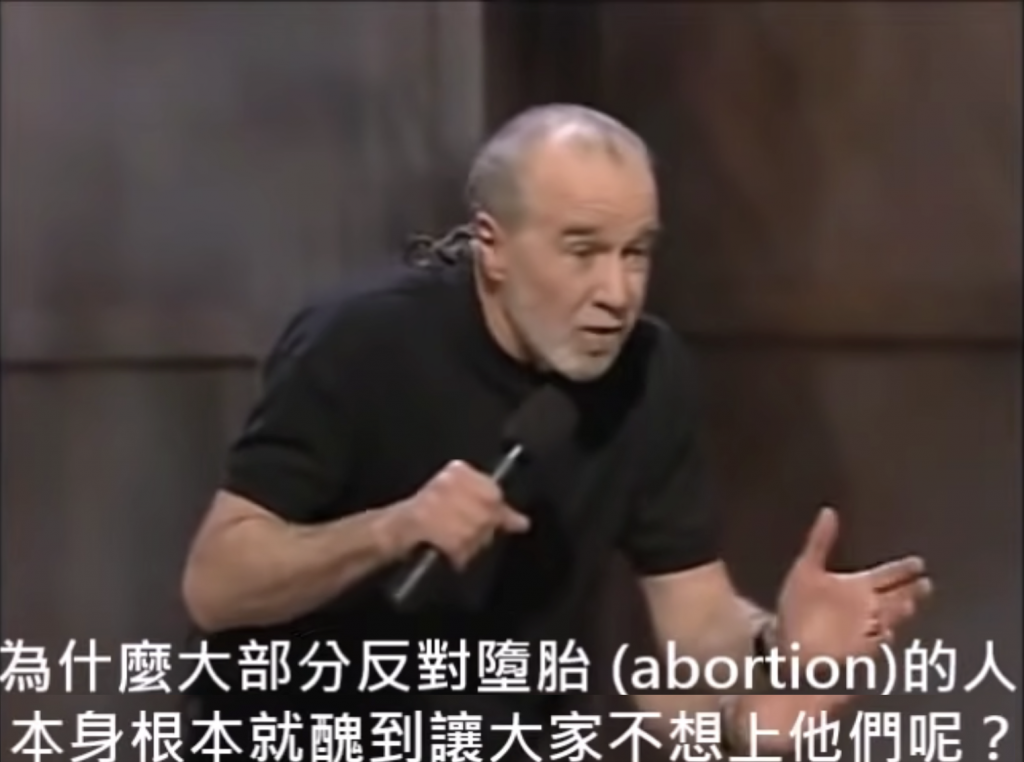 He once said, “I think it’s the duty of the comedian to find out where the line is drawn and cross it deliberately.”

In fact, a society cannot be without differences of opinion and discourse. It is only by exposing different viewpoints to the sun that a healthy environment can be created and read. Of course, stand-up comedians or stand-up comedians have no role in educating people. That is traditional Chinese thinking. They are just acutely aware of social conflicts and express them. As for how to choose after hearing an offensive joke and everyone having a good laugh, whether to continue saving the earth or to oppose abortion, it is actually not something that a performance needs to undertake.

However, this kind of atmosphere can make the social hostility get some kind of dispelling.

Some people say that black and racial issues are completely off the table. Not really.

You certainly can’t express your racism on stage, but you can discuss whether it’s absurdly politically correct that N-Word can only be said by black people. A Laugh Factory show, “How a White Man says the N-Word to a Black Man,” concocted such a scene to satirize this political correctness. 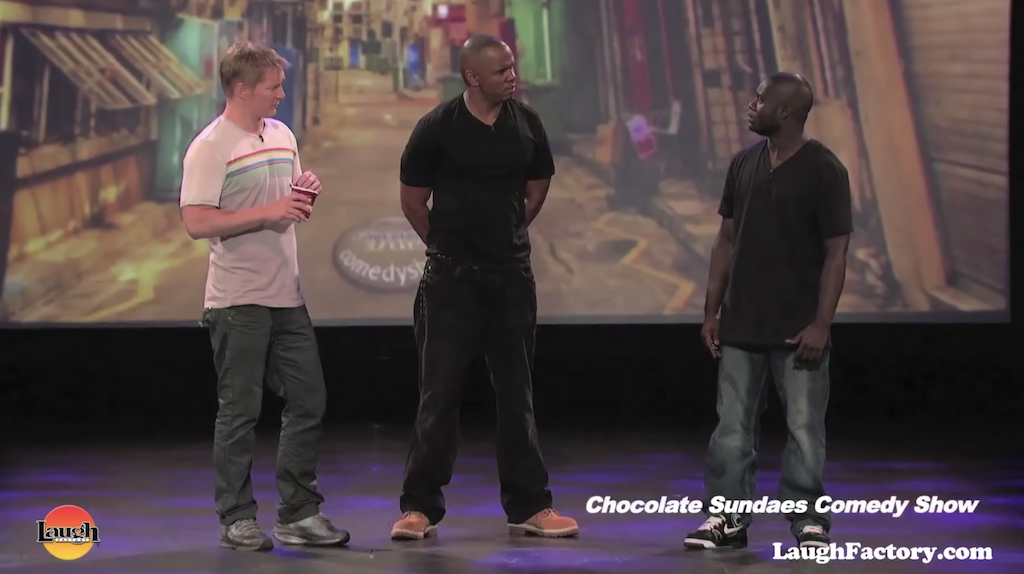 The basic story is that a white guy quarrels with a black guy (first from the right) because only blacks can speak the N-word, so he brings a black friend (middle) and every time he has to mention the N-word (one to blacks) This is a slander, generally speaking, when white people say it is racist, and black people like to call each other so), his black friends quickly say the N-word. This not only maintains the momentum of the quarrel, but also avoids the trouble of saying N-word as a white man.

He said, You don’t have to be talking to me like that

At this time, his black friend was instantly connected with an N-word .

At this time, the black brother who was arguing with him immediately showed an expression of inconceivable and helpless. 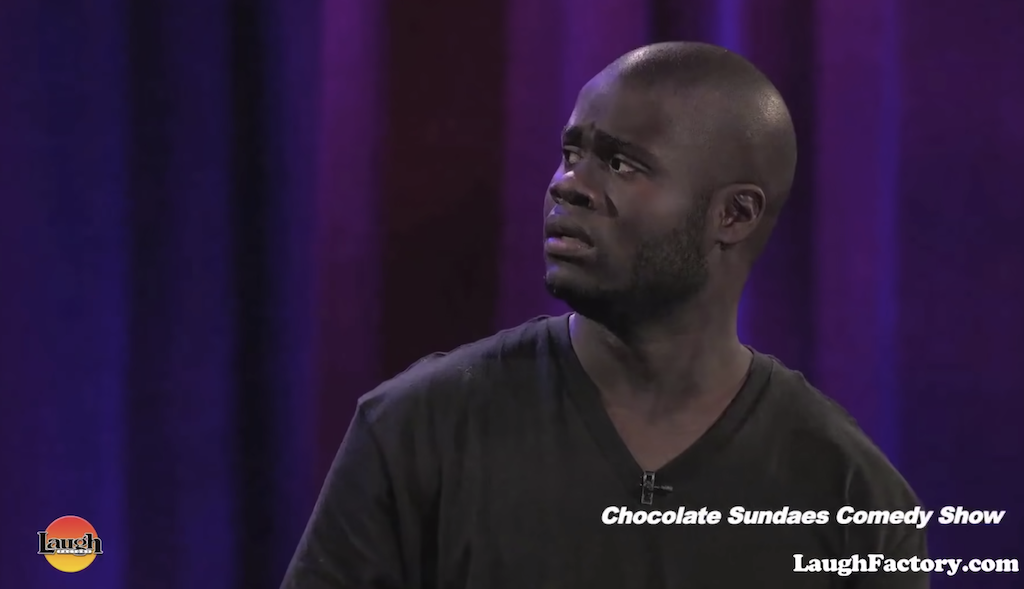 Famous actor and stand-up comedian Ricky Gervais has also taken the trouble to discuss in his own performances when we write a rape case as a joke, whether the purpose is to hurt the victim or just a performance. Why too much political correctness is bad for performance, bad for expression, and so on. 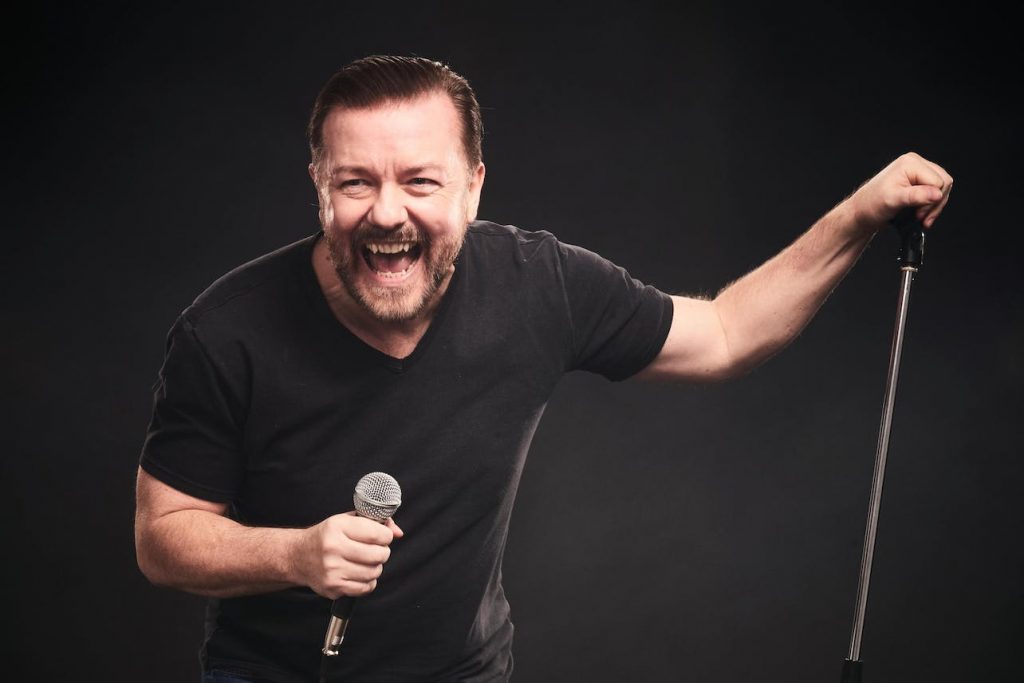 However, Yang Li suffered numerous criticisms. Some advertisers even took down her advertisements because of being scolded.

Just like I prefer the state and content of Wang Zijian when he talks about cross talk, but I am very supportive of him in his talk shows and acting. It is impossible for people to be completely separated from their own environment. Therefore, although I don’t like Li Dan’s content that much, and feel it is superficial, I know that he also has his own difficulties and choices. None of us live in a theoretical physics world without friction, and none of the chickens we face are spherical chickens in a vacuum.

However, the environment may still be deteriorating.

Even a female triathlete can get huge public criticism for her standard triathlon uniform.

This can’t help but remind me of the times our country once went through, when everyone only wore army green or cadre blue. 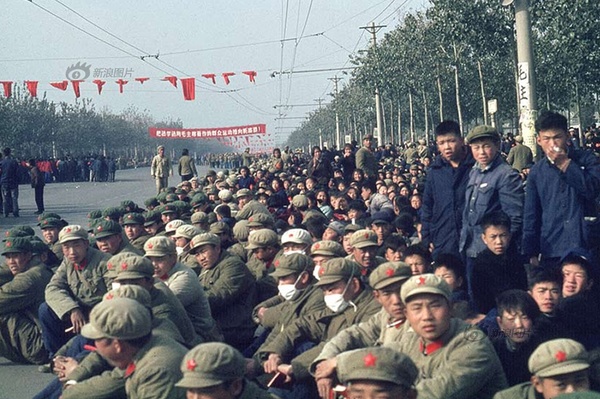 Times have been advancing, but sometimes, the environment and people’s thinking will slowly go back.

This is dangerous for people who like laughter. Because a lot of laughter contains offense and sarcasm.

I like the talk show, although it doesn’t have the depth of content that’s on average in the West. Although it is half-covered, although some of the actors’ performances in the shows it is online look very suspicious, it feels like most of it has been cut off.

But it popularized talk shows, and it even exploded various offline talk show clubs, making it hard to get a ticket. But I have a hard time believing that it will be done safely in one phase.

There is also a good show recently, that is the “Annual Comedy Contest” by Ma Dong. This is the second issue. I like it very much. One advantage of comedy competitions is that they are often performed by multiple people, and many new styles come in. Many times, they do not rely on language expression. Sometimes they can laugh at the audience purely by their sense of form. For example, last year’s popular “Mr. Please Come Out” , In fact, it does not rely on language, not irony, not content, but a sense of form. 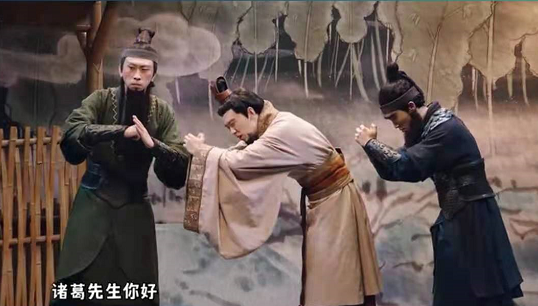 Several programs this year are also particularly hilarious, such as “Tiger Fathers Have No Dogs Sons”, “Rehearsal Crazy Cloud” and “National Games”.

However, in the “National Games”, there is still a picture of nucleic acid mutual testing that may offend some people and some leaders. Although the audience at the scene laughed, but I don’t know if there is a lot of sadness, or Smile more knowingly. 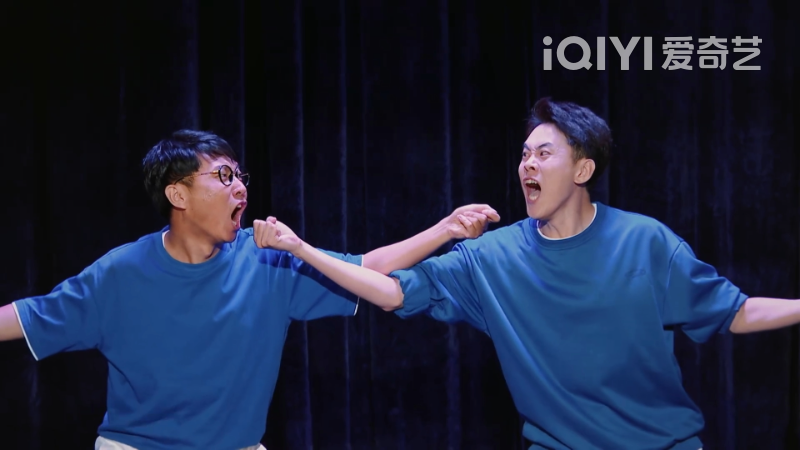 In the last three-person rap in “Rehearsal Crazy Cloud”, which is very hot and explosive, although the whole is happy, although it is exciting, it also has a sense of form, and the rhythm and inexplicable burning sense brought by repetition, but it still contains a lot of sadness and the moment. real picture. 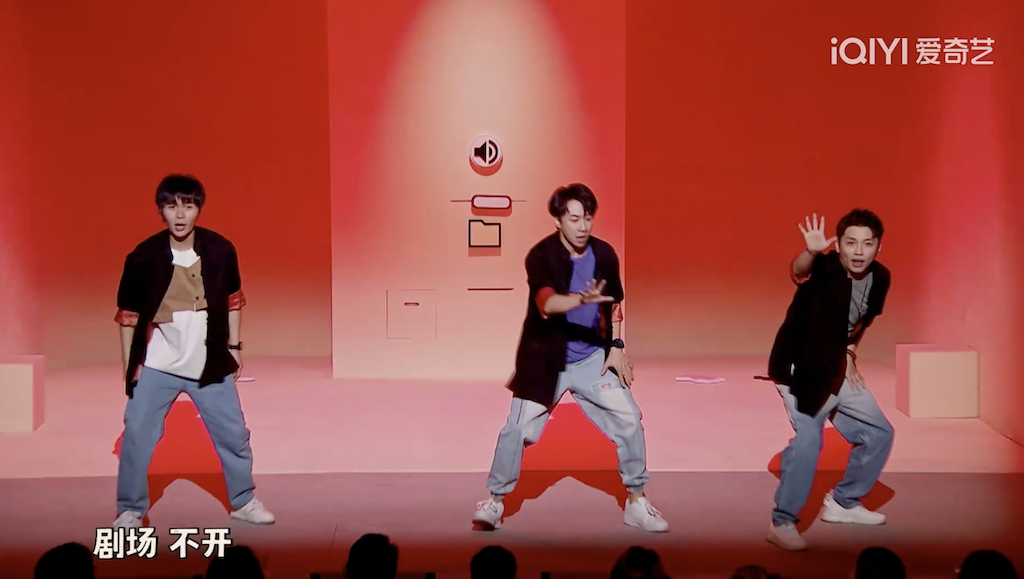 This is like Li Dan and Xiaoguo’s team who have been doing talk shows for several years, Tucao conferences, a king was arrested for drug use, and this year, an actor’s Weibo was shut down. But this year’s conference, it is still unavoidable that many actors mentioned the embarrassing experience of being locked up in Shanghai for two months. No matter how you deconstruct it, this real pain cannot be eliminated.

“Annual Comedy Convention” is safer than “Talk Show Convention” because it can do more formal, repetitive, rhythmic performances instead of language parts. But there is no way for a talk show, that is, language-based art.

In this way, I thought of the chicken eating performed by Mr. Wang Jingyu in the first Spring Festival Gala in 1983. 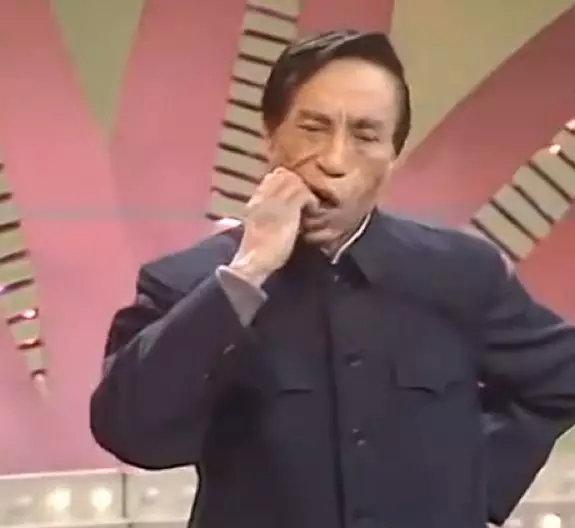 Maybe this is the best form of comedy in China in the future, Ma Dong, let’s make “Spring of Mime”! !

This article is reproduced from: https://codechina.org/2022/09/stand-up/
This site is for inclusion only, and the copyright belongs to the original author.