As shown in the picture, the most well-known character in the history of video games, the most popular plumber in Italy, and the absolute signature of Nintendo’s Uncle Mario, in the big movie that will be released in the spring of next year——

“Super Mario Bros. The Movie” is a brand-new attempt that Nintendo has been preparing for a long time. Since the 1993 live-action movie that was a disaster, Mario, the mascot deeply rooted in the hearts of the people, has never been able to wait for his own film and television works. Nintendo has become more and more strict about the expansion and extension of its own IP.

It was not until 2018, when Nintendo, which was in the limelight at that time, announced the launch of the Mario movie project, that reassured many players and fans.

Judging from the official statement, the production specifications of the Mario movie seem to be raised very high. The legendary Nintendo game producer Shigeru Miyamoto, who has long retired from the front line of game development, supervised the whole process and paid close attention to Nintendo shareholders. From time to time, I will also ask about the development status of the film.

After 4 years of development and several schedule adjustments, the film has finally entered the stage of announcement and release. In early October, “Super Mario Bros. The Movie” released the first visual map. Our protagonist, Uncle Mario, looked up at the castle in the distance. There are a lot of familiar game elements and hidden easter eggs in the scene. 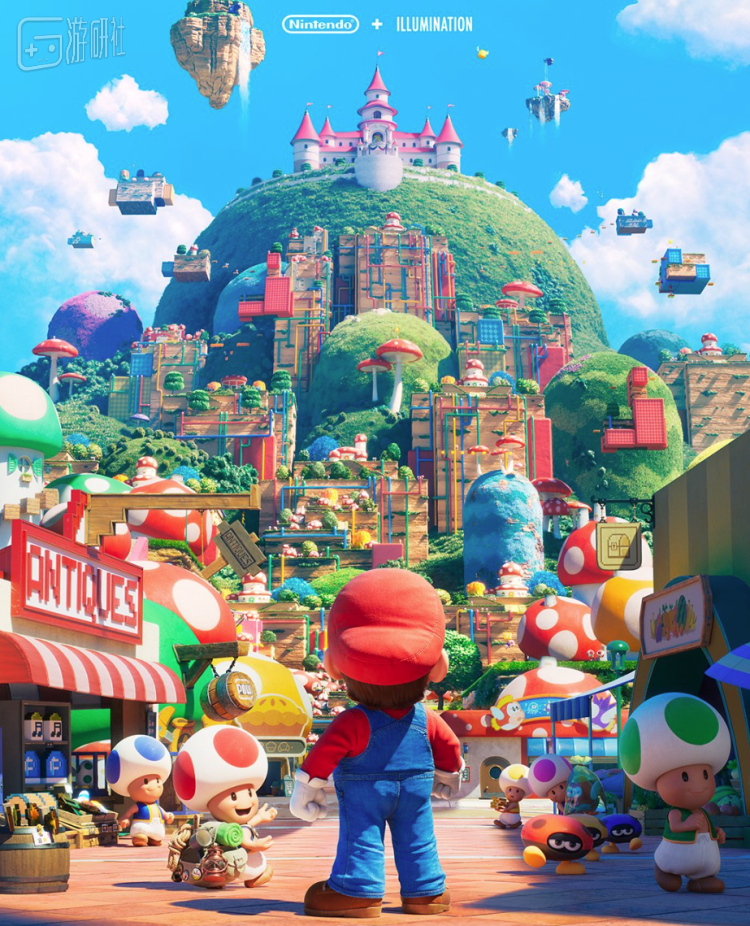 But as mentioned at the beginning of this article, Mario fans don’t seem to care much about the content of the movie. While excitedly sighing, everyone quickly discovered something wrong with this visual map. Players ran to Nintendo’s official channels to ask their souls: Where did Mario’s ass go?

Although it is a bit strange to say this, the fact is that a round Q-bombed butt is an indispensable symbolic element for Mario.

In the dangerous game world, Mario’s ass can provide him with a lot of convenience. Although the main attack method of this platform jumping game is Mario’s solid feet, but he can attack the ass of the next sitting with all his strength in the air. Not to be underestimated.

Or let’s use it another way, Mario can also use his extremely elastic butt to improve his jumping ability, further improve his housekeeping skills, and allow players to easily go to higher platforms. From this perspective, the plump and plump butt is in line with Mario’s personality both emotionally and rationally.

And outside of the game, there are actually many players who covet horsepower, Europe and the United States. Nintendo has four of the top ten characters

If you want to ask this group of players whose XP is slightly different from ordinary people, which point of Mario they like, the butt must be the first choice of most people. As the saying goes, “People who like butts are definitely not bad people.” An editor of the foreign game media Kotaku once wrote a review book on the study of game character butts, by including interviews with game producers on butt design and relevant information from people in the game industry. Reviews, telling people about the charm of ass, and the title of the book is “Things I Learned From Mario’s Ass”.

With such a broad mass base, it is not difficult to understand why players are so obsessed with Mario’s ass. Loyal fans of this long-established game series couldn’t accept that their beloved characters were weakened. They began to collectively call on Nintendo to pay attention to Mario’s butt problem, hoping to enjoy the perfect buttocks on the screen. The well-known game media IGN also joined in the fun and helped everyone speak out for Mario. 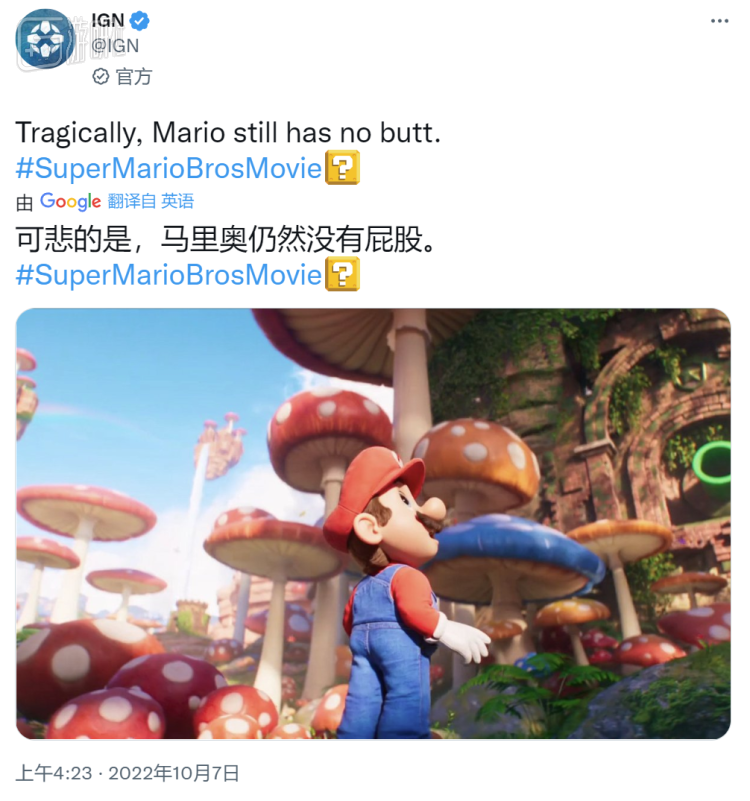 Butts are to Mario what Mario is to Nintendo. Similar to previous fan boycotts, Mario’s fans also began to “mourn” Mario’s butt with sincere feelings. Those who can draw can draw a second creation by themselves, and those who are proficient in PS can help the official to modify the size of the buttocks. Players with appeal can also hold large-scale petitions. Everyone will work together to get back the star that belongs to Mario ass. 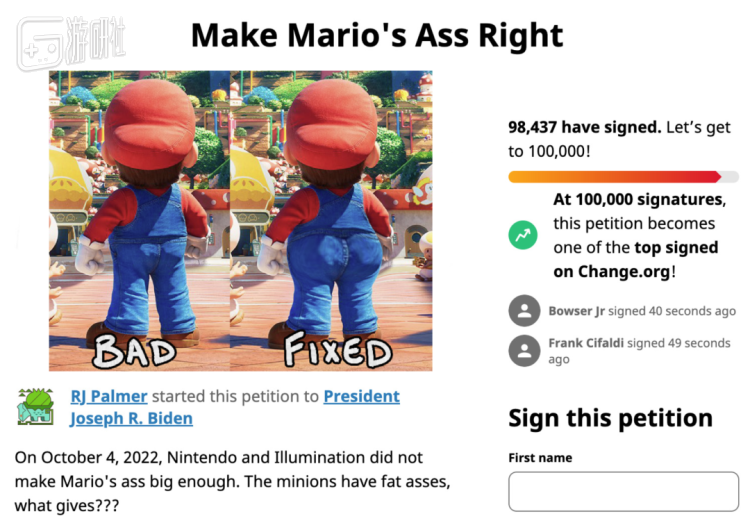 Sadly, this isn’t the first time Nintendo has targeted Mario.

As early as 2020, Nintendo’s official Twitter had released an official congratulatory picture full of controversy. In the picture, Mario was sitting comfortably on a recliner in shorts, looking peaceful, but sharp-eyed fans noticed a little sense of disobedience : Mario’s nipples disappeared for no reason. 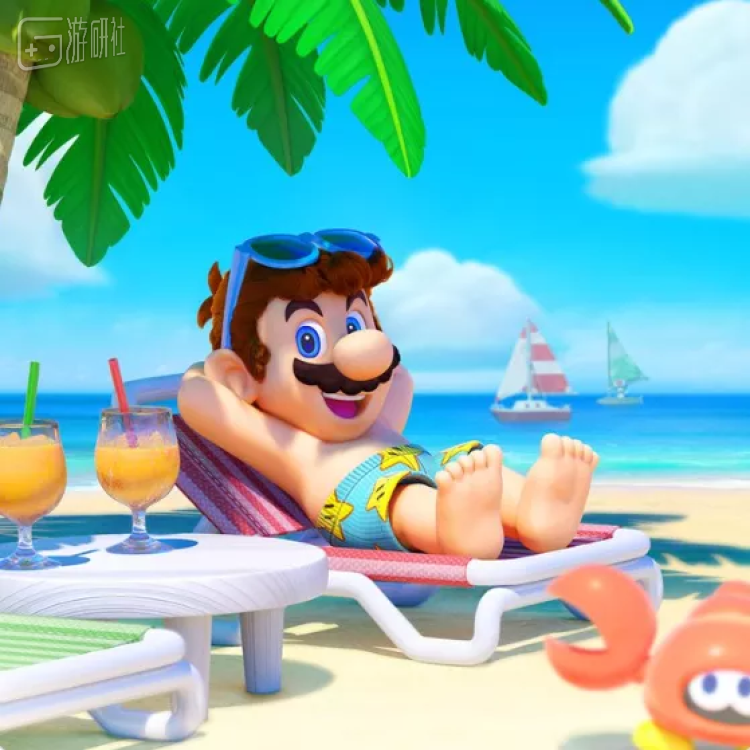 Mario’s nipples are as much a part of the sacrosanct fandom as his ass. In the racing project of “Super Mario Odyssey”, we also opened up a brand new track for “nipples”. The rules are also very simple: see who can appreciate Mario’s nipples faster. The current world championship record for nipple racing was born a month ago. It can be seen that everyone really cares about Mario’s nipples.

“Super Mario Odyssey” itself is a popular racing game, it is not surprising that players develop new ways to play

In recent years, Nintendo seems to be intentionally or unintentionally reducing the sexiness of characters appearing in games, and the butt is often the focus of rectification. For example, in “Mario Kart 8”, the Nintendo character Wario’s ass was cut twice, from a beautiful round shape to a sharp polygonal shape. Considering that this game is a replica game, the function It should not be the main problem of this wave of weakening.

Even if the characters are not produced by Nintendo, they have to restrain themselves when they come to the NS platform. Like Snake, the protagonist of the “Metal Gear Solid” series, when he walked into “Super Smash Bros.”, which is known for restoring the original, the buttocks of this handsome buttocks also shrank without surprise. Although a large number of players, including Snake’s voice actors, participated in the “Save Snake’s Butt” related activities, the matter ended in nothing.

Some people may think that this series of farces about butts is a bit of a big deal, but according to the survey report of Quantic Foundry, a data analysis agency, about one-third of male players like to play female characters in games. I stare at the ass of a game character all day, and I’d rather it be a woman’s ass.”

In the game industry where men dominated the mainstream discourse in the past, most manufacturers would cater to the aesthetics of most male players, portraying the female characters in the game gracefully and gracefully, completely ignoring the sexual tension of male characters. Emphasizing the importance of the butt is certainly a joke, but it is also a reasonable proposition to call for aesthetic diversification. What’s more, Nintendo itself has the fashion and sexy “Beyoneta” series, and it shouldn’t be a problem to tolerate a few male butts. . 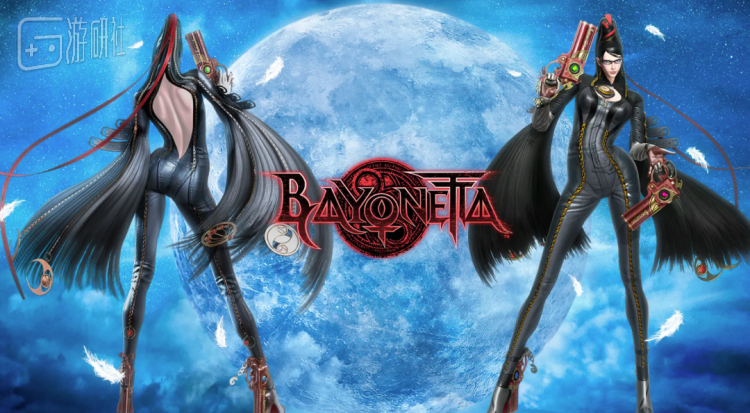 “Beyoneta 3” is also restrained in terms of sex appeal

It is nothing new for players to resist game-changing movies, but it is still rare to hear of movies that really listen to players’ opinions and make changes. In 2019, the live-action movie “Sonic the Hedgehog” angered countless fans because of the big difference between Sonic’s image and the game image. After a lot of resistance, players finally saw the blue bird in their hearts in the theater. hedgehog.

When the same encounter happened to Mario, Sonic’s former opponent, the situation ushered in a new turning point. On November 30th, Nintendo held a special face-to-face meeting for the Mario movie. This short 5-minute introduction released a new trailer. Mario’s butt still failed to return to its proper posture, but with this At the same time, everyone found that Yoshiko Mori’s butt was particularly plump, which made people wonder if Yoshiko Mori stole Mario’s butt. 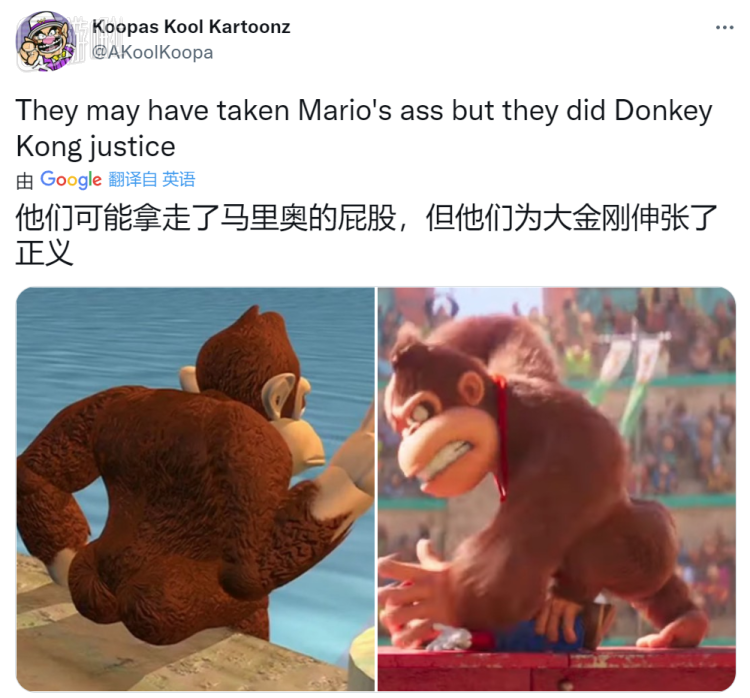 It’s not just the butt. In the subsequent publicity pictures released by Nintendo, Yoshigo Mori’s strong muscles are in stark contrast to his slender waist. It is not difficult to see that the film production team is still in place to control the fans’ psychology.

In addition to this rough orangutan, players also noticed that the image of Princess Peach has changed. This vase character, who has always been rescued by Mario, looks full of heroism in the movie. The production team also made her figure bumpy, although not as good as Mori As wild as it was just now, it also has a different flavor. 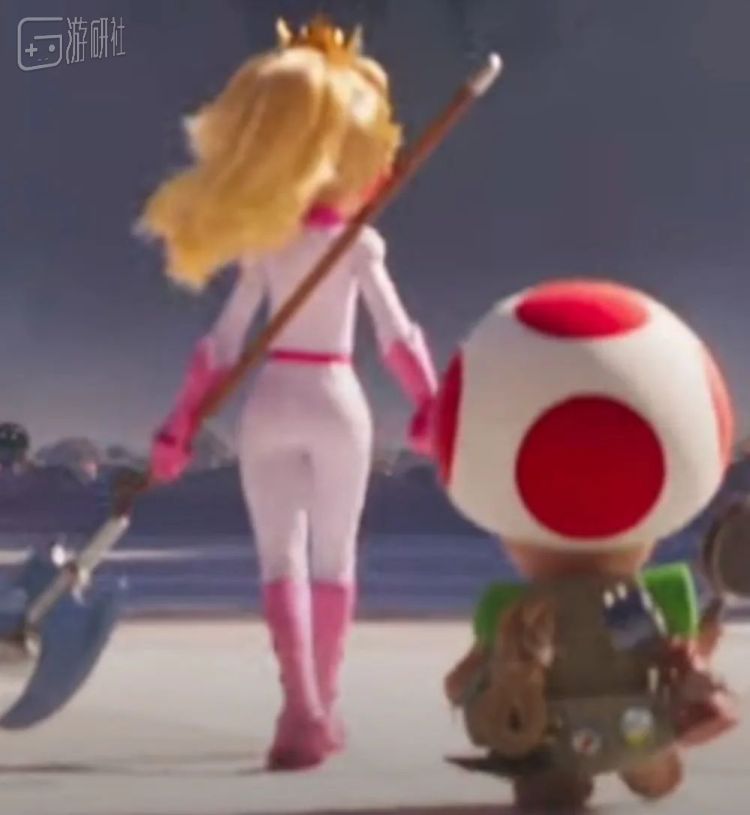 After appreciating the figures of other characters in the movie, no one cares what Mario’s butt looks like. Of course, the most important thing is that the quality of the film shown in the official trailer is good enough to make fans Let’s shut up the mouths that have been controversial before.

In fact, “Super Mario Bros. The Movie” has been questioned since its promotion. The doubts stem from Mario’s dubbing problem. Considering the narrative and other factors, this big movie did not use the original game soundtrack that players are familiar with. Voices from characters in DNA.

There are also domestic fans who have modified the dubbed version, which has achieved a good amount of playback

Mario’s butt is largely responsible for the player’s dissatisfaction. Everyone hopes to see the familiar Mario in the movie theater, not the strange plumber who appeared in the trailer. It can be a boycott of dubbing, or it can be a focus on the butt, players must find a way to make their voice heard, and let Nintendo re-examine the opinions of fans.

However, it was not until the official trailer that fans understood where Nintendo’s confidence in boldly modifying the dubbing came from. Judging from the current trailer, this movie does not focus on the experience of re-enacting the game. The old-fashioned hero saving the beauty is no longer the theme. Every character that appears in the game has a considerable proportion of the scene. In addition, the movie also pays tribute to a large number of Nintendo’s first-party games, and the small details that are not easy to detect everywhere are also well versed in feelings.

This article is reproduced from: https://www.yystv.cn/p/10210
This site is only for collection, and the copyright belongs to the original author.