In addition to medicine, semiconductors can be described as brothers and sisters recently. First of all, from the perspective of decline, semiconductors have fallen back to the position of 3,000 points, and the fund manager surnamed Cai, who is famous for semiconductors, has been rumored and lost contact, which is enough to show how fragile market confidence is.

Reasons for the decline in semiconductors: down cycle + recession,

Guozheng Chip (chip ETF) fell 35% this year, semiconductors fell 33%, while new energy fell only 20%, photovoltaics -11%, and military -20%. It can be seen that the chip is the worst among the track stocks.

We talked about the cyclicality of semiconductors last time. Right now in the downside of the semiconductor inventory cycle. 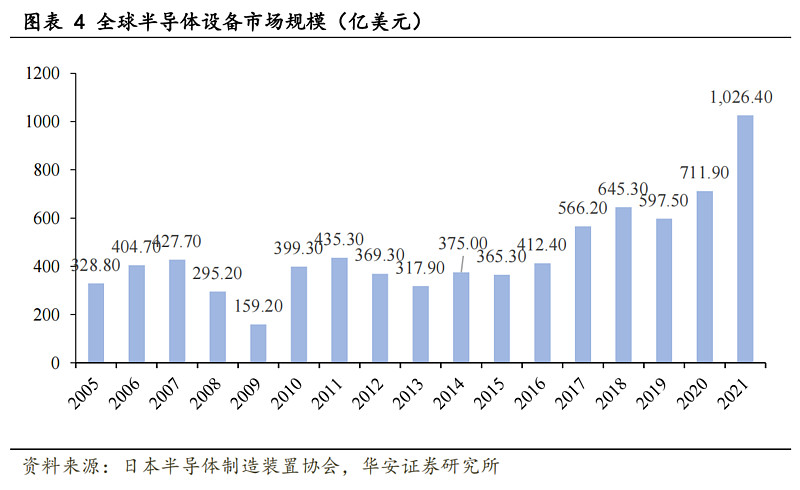 This picture is the size of the semiconductor market, you can see the highs and lows, with obvious periodicity. Among them, the relatively small fluctuations are caused by the inventory cycle, that is, increasing production capacity in the upward cycle of semiconductors, but when the production capacity is released, it happens to encounter a downward cycle, so the inventory backlog is forced to reduce prices. But the bigger downturns have been accompanied by recessions, such as in 2008.

Now semiconductors are not only in the downside of the inventory cycle, but they are also experiencing a recession caused by continued interest rate hikes in the United States. The highest inflation in the United States in 40 years, the energy crisis and stagflation in Europe, the bonds of Japan and the real estate of China, it is doomed that the life of chips will not be easy. This is reflected in the continued upward movement of the US dollar index.

Valuation: Lower than at the end of 2018, close to the all-time low valuation.

The “Chip Act” accelerates domestic substitution. Before the chip bill was signed, that is, in early August, my country’s chip semiconductors had a surge, but now they have fallen back. At the same time, the U.S. semiconductor sector plummeted after the bill came out. On August 26, Nvidia plummeted 9%. This is because US semiconductors have given up the huge Chinese market, which is undoubtedly a negative for them. This also proves China’s share in the global semiconductor market and huge domestic alternative space. 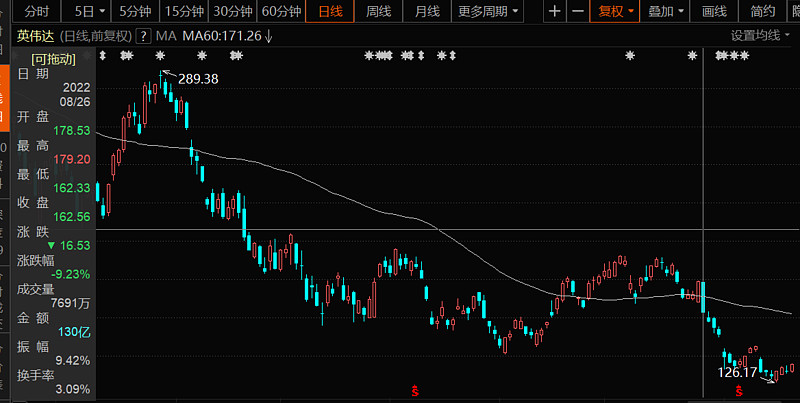 With the expansion of fabs, new global production capacity will explode in 2023. If our country wants to get out of land finance, the next step is to vigorously develop the digital economy and hard technology, and realize the power of science and technology, then chip semiconductors are indispensable.

After the release of these production capacities, combined with the fact that the economy is likely to have reversed by then, it will bring a magnificent market for chip semiconductors.

When do semiconductors reverse

The reason why the chip is weaker than the new energy is because it is currently in a period of economic downturn, and the new energy is used by China as a means of counter-cyclical adjustment to drive automobile consumption and increase the production capacity of photovoltaics, and the chip is currently supported by domestic support. There is no relevant confirmation of the policy, so the performance is not comparable to that of new energy. But for those who do not have new energy in the car, the chip is no less than an opportunity for new energy, although it takes a long time to realize the logic.

There are two key points in the reversal of semiconductors. The first is the introduction of relevant support policies, just like photovoltaic new energy. The other is the expectation of a global economic recovery, which will naturally drive the demand for chips and semiconductors. But at present, the uncertainty is relatively large, and it can only be lurked through batch intervention.

This is like new energy. When new energy just reversed, there may not be so many policies. When you see the intensive introduction of policies, new energy has reached its peak, so investment still needs to be latent in advance.

The April 26 low in semiconductors was an opportunity. But now it is still necessary to lengthen the interval between fixed shots and have a defensive mindset.

Because it is undeniable that the global economic recession has just begun, the Fed’s interest rate hike in the middle of the night will also push the global economy further into the abyss.

Many people say that they want to buy bottoms at 2800. Now that the chip has reached 3000 points, everyone still dare not. If the chip really fell back to the low point of April 26, I think the snowball must be saying that the cycle down was killed by the United States and so on. ghost stories. As long as the position of the batch is set, the chip will not let you down in the next 3 to 5 years. But don’t go all in on the April 26 low either. Get ready for a new low.

Next, I will publish a few more articles to analyze the chip section in depth. In general, chips, like medicine, underestimate growth. For example, real estate banks are also undervalued now, but their growth space is not as broad as that of chips and medicines. Only the underestimation of growth is really undervalued.

There are 12 discussions on this topic in Snowball, click to view.
Snowball is an investor’s social network, and smart investors are here.
Click to download Snowball mobile client http://xueqiu.com/xz ]]>