On September 28, Hillhouse announced that it plans to invest in about 100 seed-stage companies in three years, mainly in the fields of manufacturing, new energy, new materials, biotechnology, and carbon neutrality. Relevant investments will be carried out through the newly established Hillhouse “Aseed+” seed program.

A domestic investment consultant (FA) person felt that Hillhouse’s move was to sow seeds, do incubation, and grab investment cases at a low cost, and it is likely that the original VC team will cover it. Focused investment areas are also the focus areas of state-owned investment funds.

According to the press release of the Hillhouse Seed Project, this is a separate investment sequence with targeted investment service support. It tends to adopt an open and cooperative approach and unite investment institutions of different styles and capabilities. Hillhouse said that they have invested in more than 100 seed round companies since their establishment, of which 20 were invested this year.

In October last year, Sequoia reorganized its U.S. and European operations and established a single-structured Sequoia Fund with no redemption restrictions to get rid of various investment restrictions of traditional venture capital. From single to multiple, carry out the so-called full-cycle investment.

However, with the intensified uncertainty in the macro environment this year, the primary market, which has been prosperous for many years, will inevitably fall. According to the data of venture capital statistics agency PitchBook, the amount of investment in U.S. technology start-ups in the second quarter of this year alone fell by 23% year-on-year. In the first half of the year, only $49 billion in IPOs were completed, down 88% year-on-year.

Without an IPO, venture capital and PE will not be able to get their money back; the rate of return drops, “new money” dare not enter the market, and “old money” is more cautious. The scene where the first- and second-level valuations were flying last year may not be seen in the next few years. (Gong Fangyi)

The price of “North Stream” damage

Then the event further fermented:

The cause of the pipeline leak is currently under investigation. Denmark and Germany have made it clear that the security of domestic gas supply is not affected by the spill. Denmark and Norway announced enhanced energy infrastructure security. Russia calls the United States an active opponent of Nord Stream-2 and has stepped up gas sales to Europe. US Secretary of State Blinken said it was not in anyone’s interest.

The “North Stream-1” pipeline was completed in 2011. It starts from Vyborg, Russia in the east, passes through the Baltic Sea to Germany, and then transports it to various European countries through the European gas transmission network. The “Beixi-2” pipeline will be completed in 2021 and is basically parallel to the “Beixi-1” pipeline. The design capacity of the two pipelines is the same, and the annual gas transmission volume can reach 55 billion cubic meters.

“Beixi-1” has been suspended since the end of August, and “Beixi-2” has not been put into use. The two defunct pipelines have no direct impact on the current European gas supply situation.

However, the accident completely cut off the possibility of Europe receiving natural gas through Nord Stream-1 before winter. Affected by this, the price of TTF natural gas futures in the Netherlands once rose by 22% on the 27th, and was still close to 20% at the close.

The Huarong Rongda Futures Research Institute said that if Russia cuts supply completely, the United Kingdom, Ireland, Spain, Portugal, Sweden and Denmark will be less dependent and can adapt. France, the Netherlands and Belgium are somewhat dependent, but have the ability to import LNG and alternative supply pipelines. Germany and Italy, which are highly dependent on Russian gas, will have a gap of about 15%. (Intern Zeng Xing)

Private jet consultancy Jetcraft estimates that 10,921 pre-owned business jet orders will be traded globally in the next five years, with an average annual value of $13.5 billion, close to the record 2021 figure for the business jet market ($14.5 billion), which will also increase the five-year total. Deal value pushed up to $66.6 billion.

Before the financial crisis broke out in 2008, the business jet market also went through a period of prosperity, until the asset bubble burst and the industry fell into dead silence. Jetcraft feels that the prosperity of the business jet market since 2020 is not the same as it was a decade ago. People who buy it are more rational, and the stock aircraft itself has reached a period where a large number of replacements are required.

The rich become richer is also the driving force for the development of the industry. The share of buyers under the age of 45 has risen by 20% over the past five years, propelling the market from a new, higher starting point into the post-pandemic business cycle. The Asia-Pacific market will be an important addition to the forecast of Jetcraft and consultancy Knight Frank. (Gong Fangyi)

From September 29th to October 9th, the settlement of southbound trading of Southbound Stock Connect will be suspended, and will resume after the re-trading of A shares on October 10th.

In the 7 days as of September 28, domestic investors bought a total of 5.981 billion yuan of Hong Kong-listed companies, a net purchase for five consecutive weeks. (Gong Fangyi)

According to media reports, due to lower-than-expected demand, Apple canceled its plan to increase production of 6 million iPhone 14 units, and decided to produce about 90 million units by the end of this year, which is similar to the output of last year’s iPhone 13. The demand for the iPhone 14 Pro is relatively strong, after analyst Ming-Chi Kuo said that Apple has asked Hon Hai Foxconn to switch the production line of the iPhone 14 to the iPhone 14 Pro model.

The upgraded Tesla Shanghai factory is close to full production.

According to media reports, Tesla still plans to maintain production capacity at about 93% by the end of the year, despite the upgrades to the Shanghai plant. The upgraded Shanghai plant can produce up to 22,000 vehicles per week, but for the rest of the year, Tesla plans to produce 20,500 vehicles per week, including 13,000 Model Ys and 7,500 Model 3s.

The national centralized procurement of orthopedic spine consumables has reduced the average price by 84%.

On September 27, the state organized the centralized procurement of orthopedic spine consumables in Shanghai, which is the third batch of high-value medical consumables centralized procurement nationwide after coronary stents and orthopedic artificial joints. In the end, 152 companies were selected, with an average price reduction of 84%. Based on the agreed purchase volume, it is estimated that the annual cost savings will be 26 billion yuan.

Intel CEO says Moore’s Law is still valid for the next decade.

At the Intel Technology Innovation Summit, CEO Pat Kissinger said that Moore’s Law is not dead, at least for the next decade. Intel hopes to have 1 trillion transistors on a chip package by 2030. This is in stark contrast to the previous view of Nvidia CEO Jen-Hsun Huang, who believes that Moore’s Law is dead.

It is likely that TSMC’s two largest customers will not accept the price increase.

According to media reports, TSMC’s price increase next year is about 3% to 6% depending on the process, but the two major customers, Apple and Nvidia, have rejected TSMC’s price increase plan. TSMC declined to comment. Apple is TSMC’s largest customer, accounting for more than a quarter of TSMC’s revenue. Earlier this year, TSMC announced a 10% to 20% increase in foundry prices for chips, but only 3% for iPhone A-series processors. According to industry estimates, MediaTek, TSMC’s third largest customer, may also receive “exemption from price increases”.

According to media reports, Celsius CEO Alex Mashinsky has submitted a letter of resignation to the company and said that he will participate in the company’s development as a consultant in the future. Meanwhile, Do Kwon, founder of Terra, another company in the cryptocurrency market, was placed on Interpol’s most wanted list.

Onshore and offshore RMB against the US dollar exceeded “7.2”. 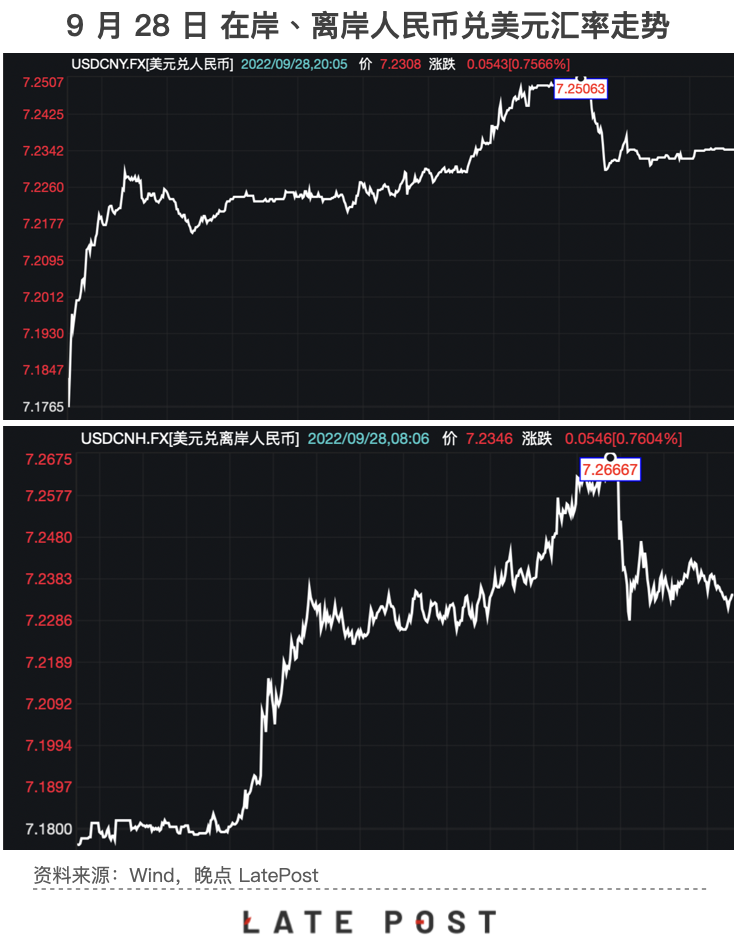 There are positive advances in new drugs to slow the course of Alzheimer’s disease.

After an 18-month Phase 3 clinical trial, the experimental Alzheimer’s drug Lecanemab, jointly developed by Eisai and Biogen, is said to be more effective than a placebo control group. , effectively reducing cognitive function regression by about 27%. The trial data were disclosed by Eisai in a press release and have not yet been peer-reviewed.

The Li Ka-shing family sold HK$20.7 billion in assets at one time.

Cheung Kong, controlled by Li Ka-shing’s eldest son Li Zeju, announced on September 28 that it would sell property assets including 152 residential units, 242 residential parking spaces and 31 motorcycle parking spaces for HK$20.7 billion. The entire transaction is expected to close in the first quarter of 2025.

This article is reprinted from: https://www.latepost.com/news/dj_detail?id=1329
This site is for inclusion only, and the copyright belongs to the original author.