“Visualizing China” is a long-term visual science popularization attempt carried out by the Visualization and Visual Analysis Laboratory of Peking University, especially during the National Science Popularization Week in 2022.

Brilliant China, the light is shattered. Over thousands of years, it has become a majestic place in the east. In the past few decades, ancient China has exploded with astonishing strength in its revival after a century of slump. Chinese society has undergone tremendous changes in terms of culture, economy, technology, and environment. Looking back on the past, words such as “the vicissitudes of life” and “earth-shaking” are no longer enough to describe this magnificent and long history. Fortunately, we can go beyond the vague concept of words and use the power of visualization technology to see the miracles that have been or are happening in this hot land.

“Cong Ju has two tears, and the lonely boat is tied to the heart of the hometown.” The experience of “poetry saint” Du Fu’s wandering a thousand years ago also reflects the transformation of the Tang Dynasty from prosperity to decline. With the help of the visualization of Du Fu’s life, the wandering in his youth and the wandering in his later years are vividly displayed on the screen. 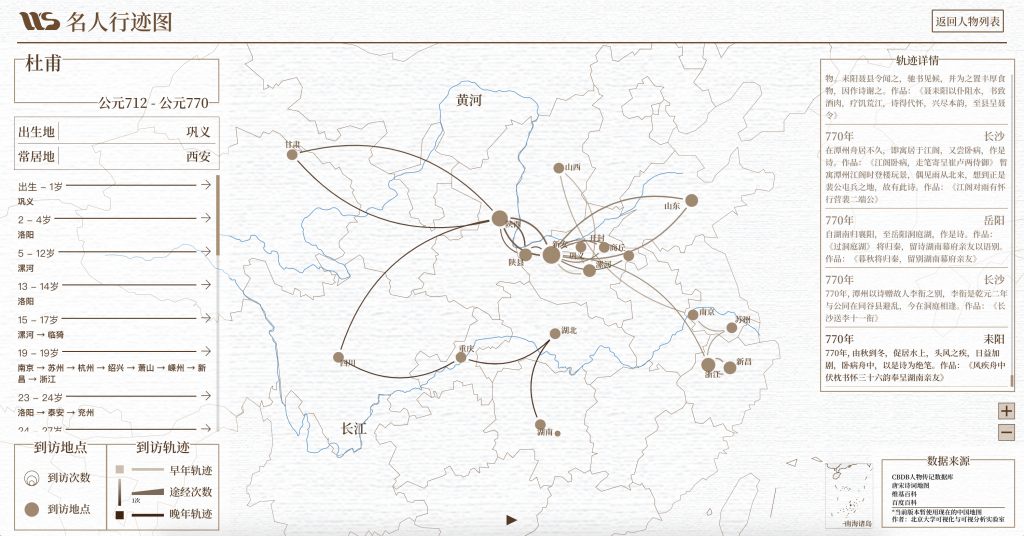 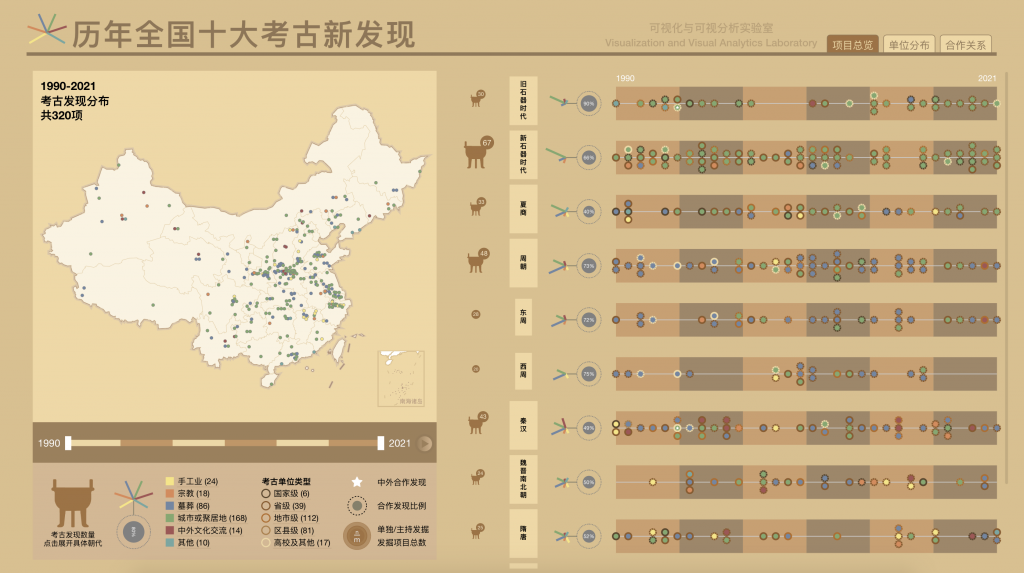 Companies from mainland China (including Hong Kong) will become the largest group of companies entering the Fortune Global 500 list in 2020. Since the reform and opening up, how have Chinese enterprises achieved historic leaps? How has the nature of the company changed? How to reflect the development of the national economy? The visualization of China’s top 500 companies will give you a glimpse.

Visualizing the Development of China’s Science and Technology

As of the end of 2020, the total railway mileage in the mainland has reached 146,300 kilometers, of which more than 37,900 kilometers are high-speed railways, surpassing the total mileage of high-speed railways in all other countries/regions in the world. China’s railway system connects the world and brings distant towns closer. We can see how the progress of China’s railway construction over the past 120 years has changed the traffic between cities through the dynamic deformation map.

“The sky is high and the earth is different, and the universe is infinite.” All along, China has never stopped exploring the vast universe, in which astronomical telescopes have played an indispensable and important role. This visualization shows the spatiotemporal and parameter distribution information of 62 telescopes at 25 observatories in China. 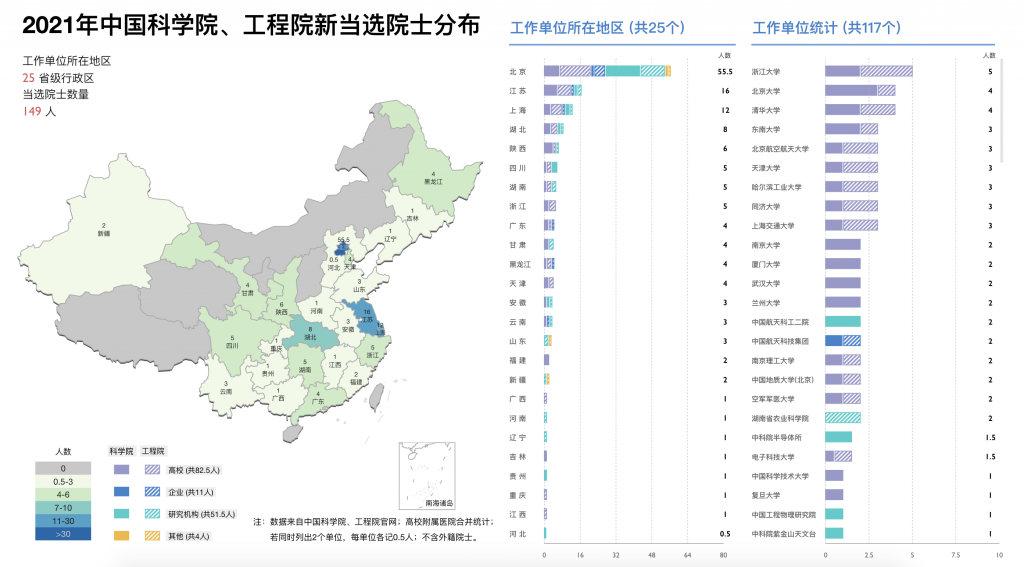 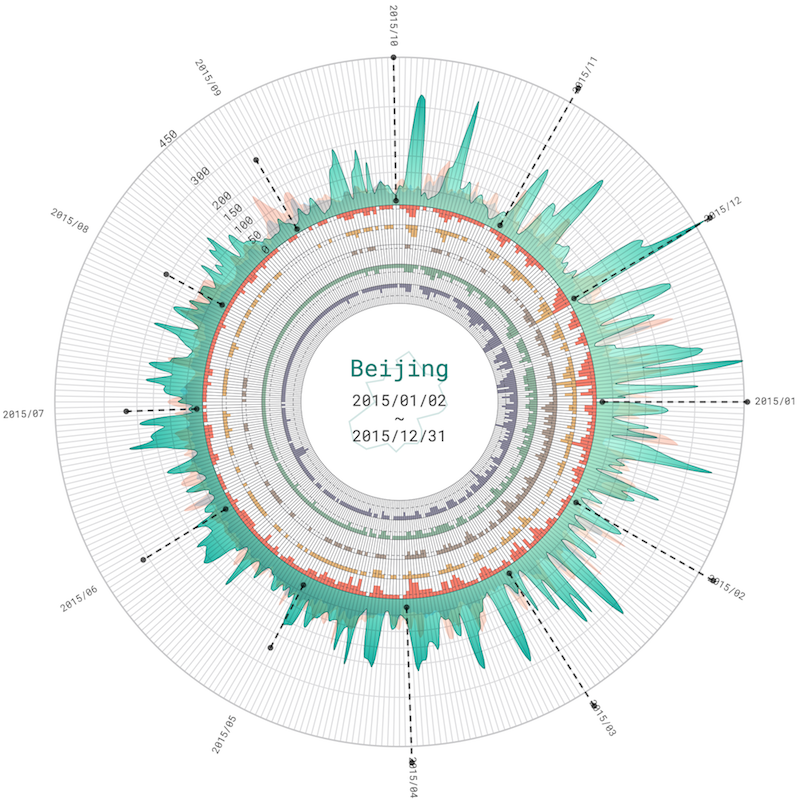 We hope that “Visualizing China” can help you see China’s development from different perspectives, popularize visualization knowledge to the society, and improve the public’s data literacy. Everyone is welcome to forward and promote, and we also welcome interested parties to provide data or contribute (contact [email protected]), so that visualization can play a greater role in understanding China and helping China’s development.

This article is reprinted from: http://vis.pku.edu.cn/blog/visualization4china/
This site is for inclusion only, and the copyright belongs to the original author.