Nearly a month ago, because of a lot of connection problems in the “Eve Festival” (similar to the demo version) of “Sprague 3”, I decided to buy a cassette version that can be sold back to the original.

The cassette arrived only a week after the game was released. When I first entered the hero mode (similar to the single-player campaign), my colleagues and friends around me were already playing real games (similar to the ranked mode).

I myself don’t suffer too much from network issues, just the occasional annoying connection error, or waiting for a long time with no one to match. This may be thanks to Beijing’s relatively advantageous geographical location, and it may also be thanks to a certain brand of console acceleration box that I bought from a classmate before graduating from college. 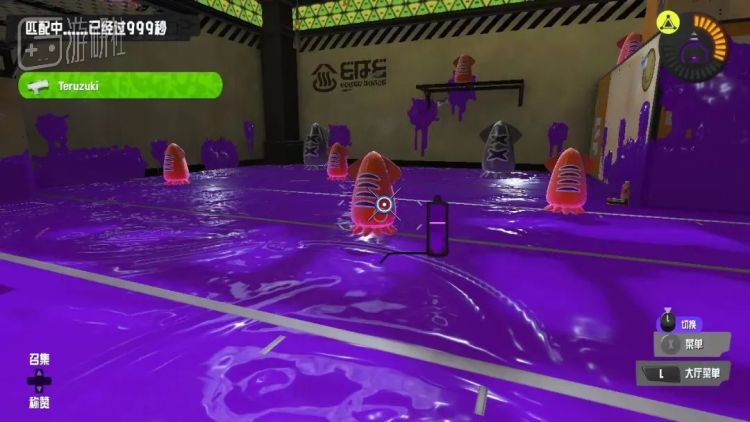 But my colleagues, friends, and even passers-by and enemies I meet in the game seem to be suffering from network problems forever. 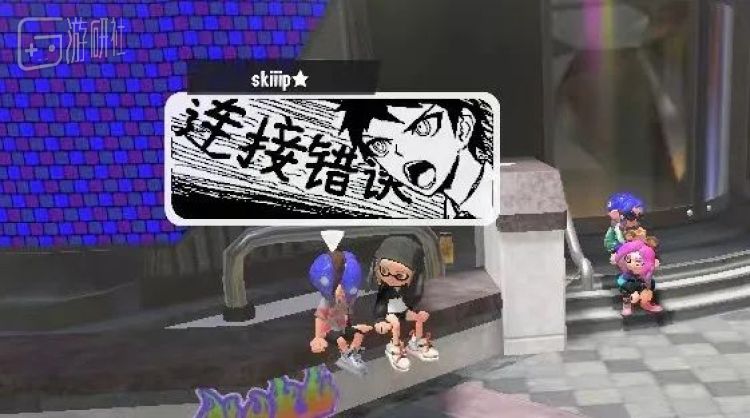 Within one minute of the start of a regular 4v4 game, if someone drops the line, the game will be terminated immediately and will not be counted in any data. In the limited matches I’ve encountered, passersby dropped nearly four times as many times as my friends and I had connection issues.

Nintendo released a patch on September 16 that it claims fixes several issues that were causing connection errors. But from the feedback I have seen, the connection problem still exists: not only the Chinese are complaining, but the Japanese and foreigners in Europe and the United States are also complaining. 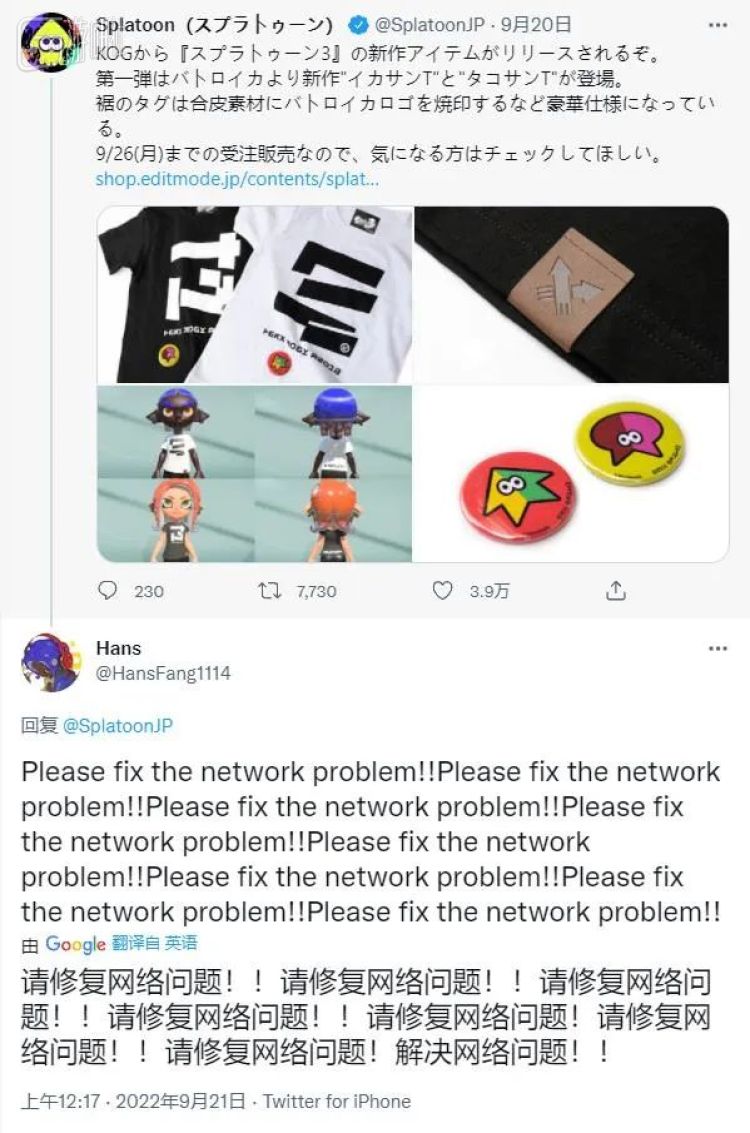 If this is a video from station B, the indefensible accelerator advertisement may pop up in the next second. But I don’t want to advertise, in fact, there is no need to advertise, the accelerator is not a WD-40, and it will not be a panacea for the network problems of “Sprague 3”.

According to some players who unpacked data on Twitter, the first two generations of “Sprague” used the “NEX” server system from the 3DS era, while “Sprague 3” used the new “NPLN” system , is also the first game to use NPLN and focus on online content. Currently only Monster Hunter Rise and Pokémon Legends: Arceus also use NPLN. 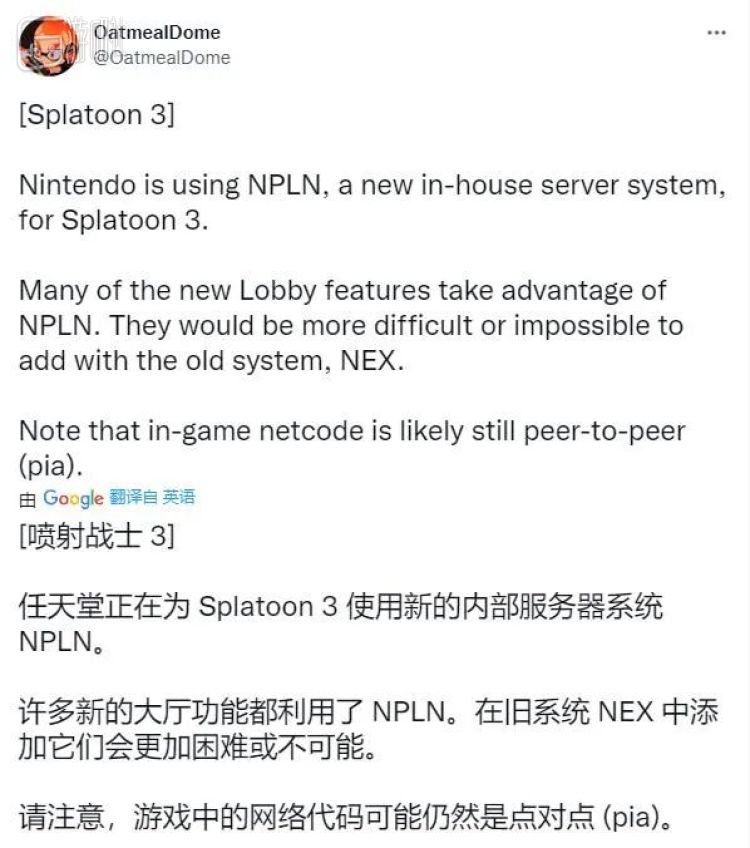 The essence of the two systems is not much different. Sprague 3 is still using peer-to-peer (P2P) connections to build lobbies, rather than using separate servers.

NPLN is said to have made some improvements to matching, such as the introduction of a network delay-based matching system for the first time. But the core problem of P2P is far from being solved by these improvements: As long as any one person in the lobby has an unstable network, or there is a conflict with the network of the homeowners who form the lobby, it will cause problems in the entire lobby.

Considering that my Switch version of “Monster Hunter Rise” also often encounters situations such as delays in monster actions, teammates disconnected, etc., I reasonably suspect that the role of NPLN is only a drop in the bucket.

I’m all too familiar with these six words

The network problem seems to be a common problem, but in fact it is only a large number of cases. Under the influence of operators, physical environment, and computer network configuration, the network environment of different players is very different. It can be said that “all players with good network are the same, and players with bad network have their own differences”.

In the past two years, friends who often open hacks have gone their separate ways. Their network environment may change drastically every few months. Once they encounter P2P-based games, there will always be a problem that Baidu and Google can’t find the crux. network problems. Especially the campus network is almost at the bottom of the ecological chain of online games. When players using the campus network connect to the lobby in a non-campus network environment, the delay often soars to more than 300 milliseconds.

Last year, I listed as the game of the year “Potential Syndrome”. My friends and I have not cleared the game so far, because of network problems. Also mentioned in the White Nights column, the second-week game plan for “Divinity: Original Sin 2” was once stuck in the loading progress bar and could not enter the game. The homeowner with the archive happens to be using the campus network, which is usually fine, but once the evening rush hour is reached, there is a high probability that he will not be able to enter the game. 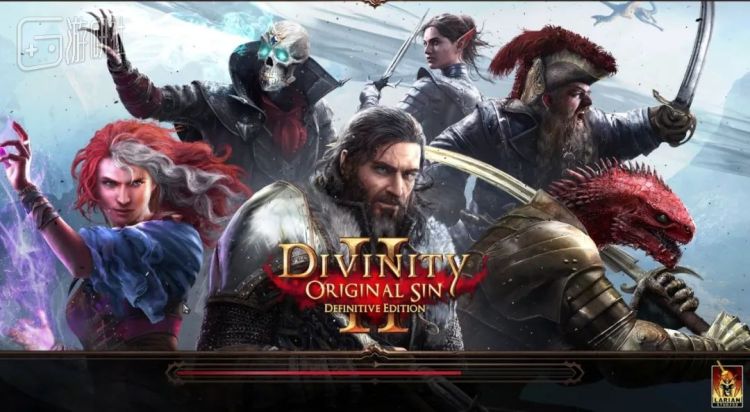 There is also “Board Game Simulator”, which also has frequent delays and dropped calls. In a large group of 2,000 people related to a board game forum, I still remember someone calling on campus network players not to buy this game.

In order to reduce the delay, the group also derived various “accelerator metaphysics” with unknown principles, such as connecting “Adventure in the Rain 2”, “Halo: Infinite” or “Dying Light” “National Server” nodes. I tried it myself once, and everyone in the room had high latency, but almost no dropped calls. Unfortunately, these nodes are only feasible for testing in the “Board Game Simulator”, and putting them in other games will only have a negative effect.

The most bizarre scenario occurred in the zombie survival game “Seven Days Kill”. The core mechanism of the game is to refresh the corpse tide every seven days, but with a delay of up to tens of thousands of milliseconds, players in the same room enter different parallel universes: some people are fighting desperately to survive in the sea of ​​​​corpses; I couldn’t even see a zombie, and I was anxious to see the blood on my teammates. 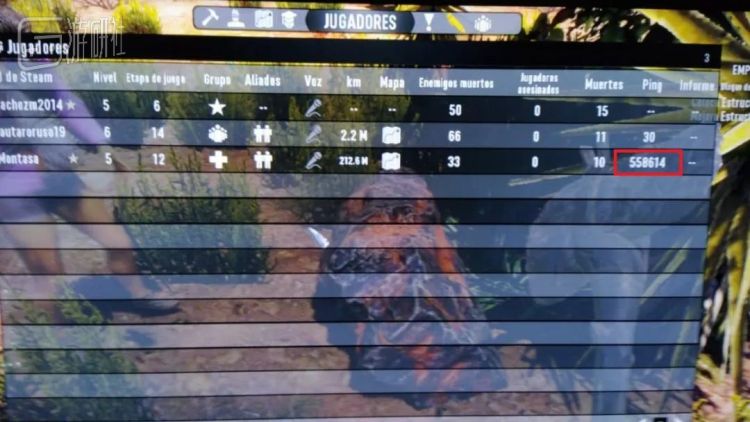 After all, “Sprague 3” is a masterpiece that sold millions of copies in the first week, and Nintendo is also a big company called “world master”. Compared with those small studios, the development conditions are much better. Lidu should provide a better connection environment.

But consider in another way, such a popular work does not set up independent servers in various regions, but highly relies on the traditional P2P connection method. A large number of other players collided with different network environments, and there would be ghosts if there were no problems.

Based on the long-term Chinese experience of “playing games for one minute and adjusting the Internet for one hour”, I am willing to give Nintendo more tolerance, and I have no plans to release cassettes in the short term. But I also have reason to suspect that Nintendo isn’t likely to fix the annoying connectivity issues anytime soon. 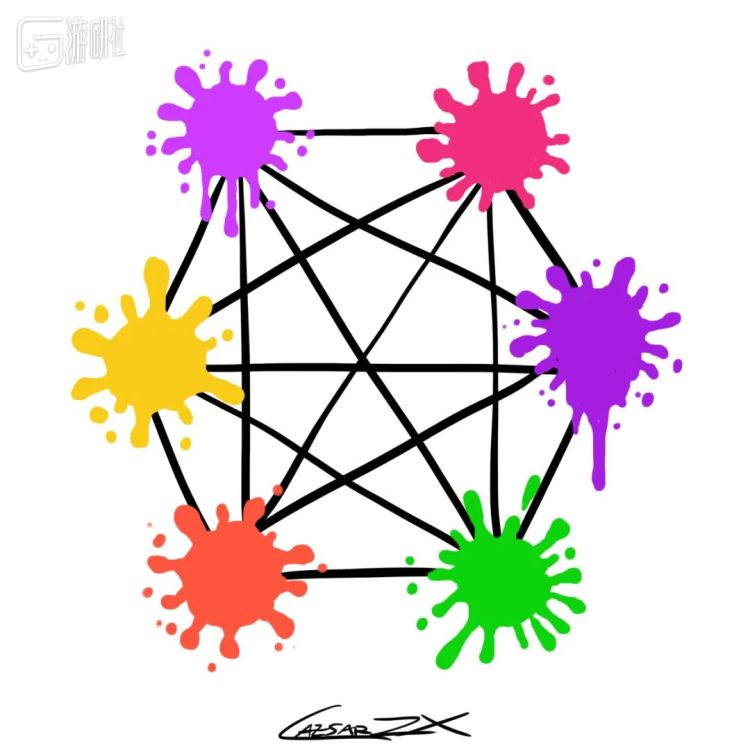 This article is reproduced from: https://www.yystv.cn/p/9808
This site is for inclusion only, and the copyright belongs to the original author.