This article was originally written by Cool [email protected] by plane qvp, the original address: https://www.coolapk.com/feed/37199908?shareKey=MTNhNThiMzQwZjNiNjJjMDFkMjI~&shareUid=3794856&shareFrom=com.coolapk.market_12.3

With the rapid development of bluetooth headsets in recent years and the mysterious operation of cutting off the 3.5mm headphone jack in a certain American country, Airpos has become popular and the real imitation of major friends has led to the demand for wired headsets being slowly replaced by wireless headsets, resulting in The wireless market is highly competitive. In recent years, bluetooth earphones have blossomed, and people’s demand for the sound quality of earphones has become higher and higher. The important parameter of earphones, the Bluetooth audio codec, has become the most worthy of attention. The following is an overview of the differences between various Bluetooth codecs and the working principle of Bluetooth.

1. The full name of SBC is Subband Coding. It is the encoding standard specified at the beginning of the birth of the A2DP protocol. It is the default codec supported by most low-cost audio devices. All Bluetooth devices must support at least the specific parameters of the bit rate of SBC encoding during SBC transmission. turn up. According to the information provided by Sony’s official website, it is: 328Kbps, 44.1KHZ. This bitrate is actually similar to high-quality MP3, but the relay code loses detail during transmission, so SBC doesn’t even sound as good as MP3.

2. The full name of AAC is Advanced Audio Coding. It is jointly developed by Fraunhofer IIS, Dolby Laboratories, AT&T, Sony and other companies to replace the MP3 format. Unlike MP3, it uses a new algorithm for encoding, which is more efficient and has a higher “price ratio”. Using the AAC format can make people feel that the sound quality is not significantly reduced, and it is more compact.

Dolby Lab’s conclusion ① 128Kbps AAC stereo music is considered by experts to be difficult to detect the difference from the original uncompressed audio source; ② AAC format’s performance at 96Kbps bit rate exceeds that of 128Kbps MP3 format; ③ It is also 128Kbps, and the sound quality of AAC format is obvious Better than MP3; ④AAC is the only one that can obtain “excellent” network broadcast format in all EBU audition test items. Since Bluetooth cannot directly transmit the source data stream, the Bluetooth headset decodes AAC into PCM, and then encodes it into AAC encoding supported by Bluetooth for transmission. 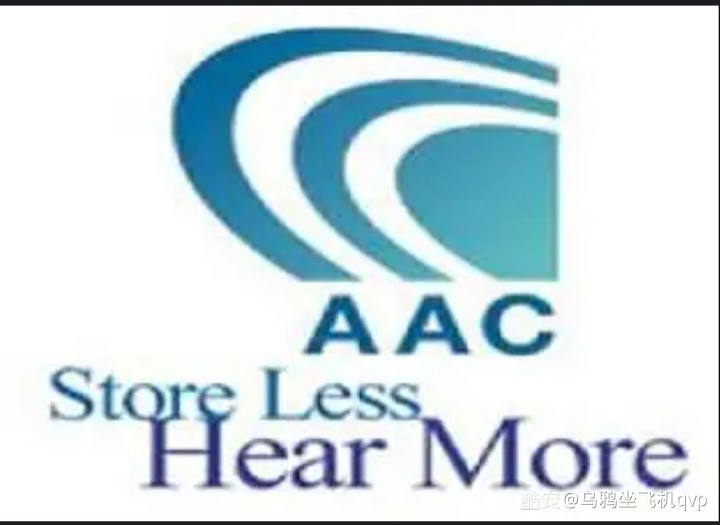 3. Apt-X is a digital audio compression algorithm based on sub-band ADPCM (SB-ADPCM) technology. Originally used in professional audio and broadcasting. In recent years, in the field of Bluetooth wireless audio transmission, apt-x has the potential to replace SBC (Sub-band Coding) due to its low latency, good fault tolerance, and high sound quality. Aptx was acquired by Qualcomm in 2015. Aptx is divided into four versions Aptx, AptxHD, AptxAdaptive, AptxLow Latency

4. LDAC is an audio coding technology developed by Sony that can transmit high-resolution (Hi-Res) audio content even through a BLUETOOTH connection. Different from other BLUETOOTH compatible encoding technologies such as SBC and AAC, this technology can achieve excellent sound quality through BLUETOOTH wireless network transmission speed of about 990kbps about three times without down-converting Hi-Res audio content through efficient encoding and optimized packetization. times that of other technologies such as SBC, AAC, etc.

What is Hi-Res Audio, Hi-Res is called High Resolution Audio, and the Chinese name is High Resolution Audio. Hi-Res Audio is proposed and defined by Sony and formulated by JAS (Japan Audio Association) and CEA (Consumer Electronics Association). Design standards for high-quality audio products. The purpose of Hi-Res audio is to express the ultimate quality of music and the reproduction of the original sound, so as to obtain the real atmosphere of the original singer or performer performing live. High-resolution music refers to the music format whose sound information exceeds the CD quality, that is, the sampling rate is greater than 44.1kHz and the bit depth is greater than 16bit. The highest “lossless sound quality” supported by domestic music streaming media is 16Bit/44.1kHz in Flac format, which is commonly referred to as CD sound quality.

5. LHDC is a high-quality Bluetooth codec developed under the A2DP Bluetooth protocol. Compared with the Bluetooth SBC audio format, this technology allows more than 3 times the data to be transmitted, which can greatly reduce the audio quality difference between wireless and wired audio devices. . LHDC has also become the second Bluetooth high-quality standard certified by the Japan Audio Society to reach the Hi-Res Audio Wireless standard after Sony’s LDAC agreement. Recently, the Japan Audio Association has proposed a new version of the Hi-Res Wireless specification, which defines the design of true wireless Bluetooth headsets with high-resolution sound quality. It is the LHDC encoding technology that can comply with the new Hi-Res Wireless specification. Compared with LDAC, which will first up/down the original audio to 24bit/96kHz mode, LHDC can output according to the original sampling rate, reducing the delay of the SRC process. In the audio industry, Hi-Res is commonly known as “Little Gold Label”, the full name is HighResolution Audio, which is translated into high-resolution sound quality in Chinese. It was proposed by Sony in 2014 and defined by the Japan Audio Association (JAS) and the Consumer Electronics Association (CEA) of the United States. this standard

In summary, the performance ranking of Bluetooth audio codec is roughly LDAC≈LHDC>Aptx>AAC>SBC

This article is reprinted from: https://www.kxit.net/blog/509.html
This site is for inclusion only, and the copyright belongs to the original author.