In fantasy time travel dramas such as “Myth”, the ancients were always confused, in awe, but also a little excited when facing the small square box of the mobile phone.

For a completely unfamiliar but feature-rich product that can play sounds and pack people and landscapes into a palm-sized box, the ancients were afraid that this small box would have adverse effects, but were delighted with all kinds of fantastic and interesting gameplay . 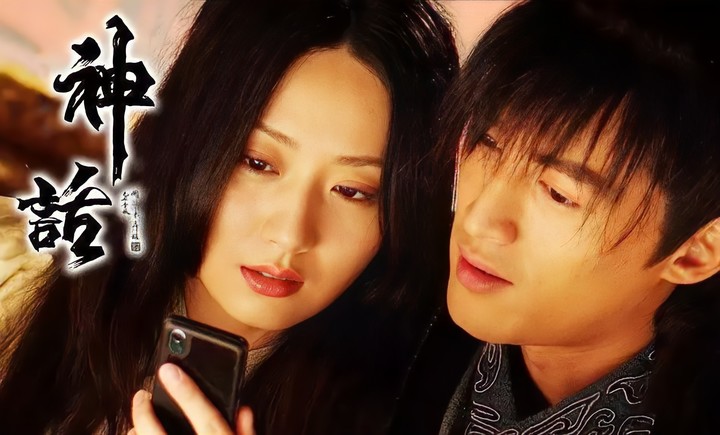 ▲ Traveling back to ancient times for selfies. Picture from: Douban

Coincidentally, this is quite similar to a futuristic concept promoted by the tech world—“black box” computers.

A black-box computer refers to an ideal model of a computer that has a beautiful appearance and can provide people with all the functions they need without knowing how it works on the inside.

Today’s iPhone, iPad, and even the recent Mac Studio are products under this concept, and feature richness, miniaturization, and integration are their common characteristics. As Apple’s former partner and current competitor, Intel is actually doing the same thing – making the computer “small”. Even compared to the bright metal aluminum casing of the current Mac Studio, the Intel NUC computer is more in line with the small black box. image.

A small black box in the palm of a square inch

Futuristic and ideal, the black box computer has naturally become the jewel in the palm of the pursuit of major technology companies. This is not only a symbol of technology and design strength, but also represents the advanced nature of the product, which means a broad market space.

It is against this background that the NUC microcomputer was developed. In order to ensure market sales, Intel’s marketing department required this computer to be as light, thin and small as possible. It is not easy to achieve this series of requirements. The stronger the performance of the computer, the higher the power consumption, the larger the power supply and cooling modules required, and the various transmission interfaces. simple choice.

The appearance of thin and light notebooks proves that the miniaturization of computers is feasible, but how small should it be, and how small can it guarantee performance and stability?

In this way, under the mutual pull of the marketing department and engineers, the size of the original NUC was set at 4 x 4 inches in length and width, and 1.5 inches in height. At the same time, it was equipped with a barebones system, and people could easily disassemble it to install storage or install Windows computer operation. system.

Change the size of the NUC microcomputer, it is just over 10 centimeters in length and width, and no more than 4 centimeters in thickness. It can be easily grasped with one hand, and it is as big as a small storage box that can be seen everywhere in the home.

The simple black and lightweight shape allow the NUC to adapt to most environments, and it can be hung on the monitor to form an “all-in-one machine”, or an inconspicuous small black box on the desk.

NUC is so simple that it is easy to ignore it, but at the same time it is a computer with rich functions, which is almost a successful landing of the concept of black box computer. Since then, 4×4 inches has become a classic model of NUC, and almost every year Intel will put the latest processor chips and integrated graphics into this small black box to provide medium and light office capabilities.

This simple little black box has gradually appeared in more and more people’s homes, companies, and even schools.

Although Intel has packed the processors, power management chips, and many USB ports required by the entire computer in a narrow space such as 4 x inches, the small size also limits the computing power, and the 4 x 4 classic NUC can only be processed by default. Moderate to light work.

The turning point came in 2018, when Intel began to move closer to a higher-performance, more comprehensive experience.

At that time, Intel unexpectedly reached a cooperation with AMD, stuffing a special “fusion chip” into the NUC, encapsulating the 8th generation Core processor chip and the AMD Radeon RX Vega mobile version in the same chip. This NUC computer with both Intel and AMD genes was eventually named Skull Canyon, and the package design not only provided it with good graphics performance, but the fusion of the processor and graphics card also made the entire machine smaller.

The aspect ratio of the Skull Canyon NUC computer is only 9×6 inches, which is almost the same size as a book. In the 3D Mark graphics test, its running score is equivalent to 75% of the mainstream discrete graphics card NVIDIA GTX 1060 of the year, which is far from smooth play. 3A game masterpiece is very close. Good performance and small size quickly made the Skull Canyon NUC popular among gamers. You must know that it is not only a complete Windows computer, but even smaller than a game console like PS4, almost a portable version. game console.

Because of this, Skull Canyon has gone to all kinds of places.

Faisal Habib, product director of NUC, said in an interview with PCworld that products such as the Skull Canyon NUC are gradually appearing in Internet cafes and e-sports hotels. It is small and suitable for playing games in hotels or small rooms. ▲ only the size of a book

Another group of geeks who love tossing also took a fancy to the Skull Canyon NUC. The configuration combination of Intel processor and AMD Vega graphics card makes this product one of the good choices for the “Black Apple” system. Windows and macOS dual systems is a common operation.

With the development of gallium nitride technology, in recent years, some people have begun to try to replace the huge and bulky original chargers in Skull Canyon with lighter and smaller gallium nitride chargers. ▲ The charger in Skull Canyon is very large

The minicomputer is not necessarily the best choice, but the obsession with it has also driven the development of technology and design. To achieve such a high-performance product, both the chip and the internal stacking design of the machine must be improved.

The Skull Canyon NUC became famous in the gamer group, which directly promoted Intel’s efforts in the field of high-performance minicomputers.

However, the black box is always an ideal computer concept, and the technological progress is not so fast. While the performance of desktop-level graphics cards increases rapidly, the power increase is not small, so the configuration of large fans for cooling is naturally the default choice.

And just like that, the NUC computer got bigger. The Intel NUC Dragon Canyon, equipped with the latest 12th generation Core processor i9-12900, has reached 8L in volume, with still strong performance and compact internal structure, but compared with the small chassis in the industry, the volume advantage is getting smaller.

On the other hand, in order to maintain a compact body, the space left for the graphics card inside the body is also becoming more and more tight. The current top flagship discrete graphics card RTX 3090 has reached 31.3 cm in length. Faisal Habib, product director of NUC, said in an interview. Can’t fit such a big graphics card anymore.

In contrast, the mainstream discrete graphics card RTX 3060 is a good partner for the NUC series. In April this year, Intel announced the discrete graphics card series Arc, which excited many gamers. Can it recreate the success of Skull Canyon, recombine the processor and graphics card, and return to a volume of about 1L.

Faisal Habib, head of product at NUC, answered this question head-on in an interview:

We’ve explored things like soldering together desktop discrete graphics cards and experimenting with other cooling and cooling options, but it’s not the right way to go.

The implication is that it will not be integrated. Although the NUC maintains the characteristics of a minicomputer, in high-performance products, Intel still maintains a certain degree of upgradeability, replacing memory, graphics cards, motherboards with chips, etc. In contrast, in the exploration of minicomputers, Apple has indeed come out on top.

The M1 Ultra in Mac Stduio integrates the processor and graphics card, and connects them with unified memory, creating a small computer with high performance and excellent power consumption ratio in an integrated way.

This 7.7-inch long and wide computer perfectly accomplishes what the Power Mac G4 Cube has failed to do for 22 years, and brings it closer to the ideal black-box computer concept. But at the same time, Mac Stduio also gave up upgradeability. NUC is larger but can be upgraded later. In the process of exploring minicomputers, Apple and NUC almost went in opposite directions.

The future computer described by the “black box” computer concept was originally a square box, and people did not need to understand its working principle to use it. This is obviously an idealized concept with the goal of user experience.

Jobs and Apple were clearly big believers in this idea, as seen in products like the iPad, iPhone, Mac Studio, and more. ▲ The small box of the mobile phone carries too many functions

The NUC does not. It originally conformed to the image of the black box. Today, 10 years after the first generation was announced, it has gradually moved towards the opposite of the concept of the black box computer – opening the black box.

Compared with the game player group, NUC is actually more popular in the enterprise and academic fields, and performance in these fields is no longer the only consideration.

Small, cheap, and low-noise, the 4×4 classic NUC small black box computer can be placed in a variety of places, or even used as a single purpose. Faisal Habib, director of NUC products, found that some people are even willing to put 26 classic NUC microcomputers on the desktop in a row.

Almost every fast food restaurant you go to has a small touchscreen, and if you open the back, you’ll probably see a NUC inside. This is not only reflected in the NUC series products, but even other OEM computer manufacturers can directly base on the NUC to customize and launch various microcomputers.

Since the release of the first-generation NUC in 2012, there have been more than 600 product styles in this series, including the classic 4×4 small black box computer, as well as the circuit board and assembled chassis form that gave up this futuristic shape.

The rich forms allow NUC to meet different needs, and even change with the changes of people’s needs.

At this time, NUC is like an extension of Intel chips, providing better standards. Manufacturers can customize and transform freely. The extremely high degree of freedom, customization and upgradeability also allows NUC to break away from the category of ordinary consumer computers and enter more fields. .

In the pursuit of the “black box” microcomputer concept and the exploration of minicomputers, Apple and Intel have gone in different directions, and it is not easy to draw conclusions about the advantages and disadvantages of the two.

More importantly, do you enter the product ecology to accept the rules, or are you eager to “toss” to meet specific needs.

This article is reprinted from: https://www.ifanr.com/app/1486993
This site is for inclusion only, and the copyright belongs to the original author.