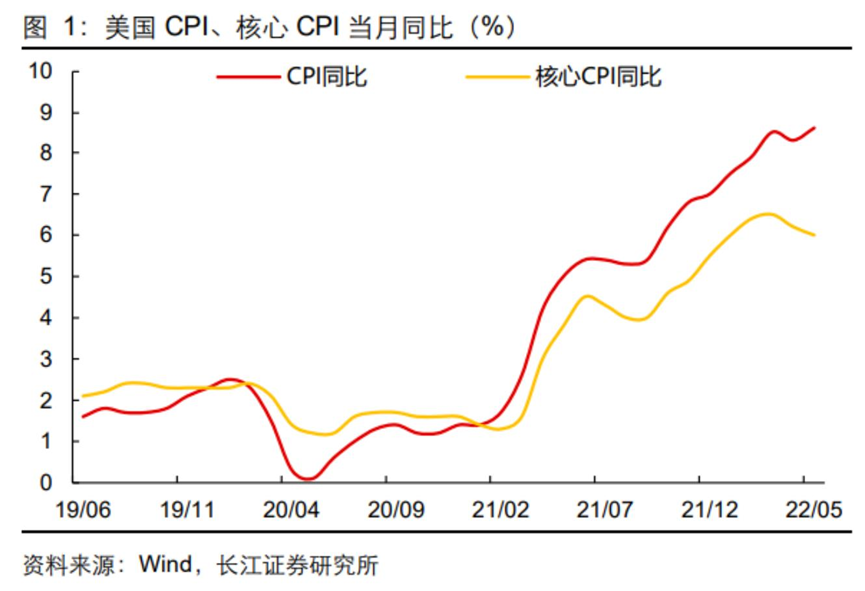 However, from the data level, it can be found that the market expectations are actually half right: the CPI has risen, but the core CPI and the CPI have diverged.

Therefore, in terms of statistical meaning, the composition of CPI includes more high-volatility categories such as crude oil prices, and the core CPI and PCE are given lower weights in energy and other aspects.

This also reflects the plight of the US economy. As the world’s largest consumer country, high inflation has begun to suppress consumption power, resulting in the internal differentiation of energy, food and consumer prices in inflation data. Not only that, with the high inflation, the savings of American residents have been exhausted, which is close to the lowest level in the same period in history, and the future consumption capacity is severely restricted.

Why is the data divided? cost!

In terms of data items, housing and energy are still the biggest drivers of CPI.

Among them, as the sub-item with the highest weight in the CPI, the US housing price continued to increase by 0.6% month-on-month in May, driving the CPI to rise by 0.19 percentage points month-on-month and significantly boosting the inflation level in the United States.

But unlike the market consensus, Zhiwen VIP believes that the trend of housing prices depends on monetary policy and income expectations. U.S. housing pressures have increased as income expectations slumped and liquidity tightened. U.S. real estate prices are currently in a high consolidation phase, but there are already red flags in transaction volume.

However, despite the tendency of real estate prices to burst, the pressure on inflation from rents compared to housing prices should not be underestimated. U.S. rents remain strong, with the median U.S. one-bedroom rent rising 4.9% year-over-year through June, while two-bedroom rents rose 6.5% year-over-year.

On the other hand, the widely criticized high price of crude oil has caused travel costs to continue to soar. For now, U.S. crude oil inventories continue to decline, and there will be risks of progress and deterioration in the future.

First of all, crude oil is currently in tight supply and demand, and since nearly half of the downturn comes from consumer demand such as travel, the price elasticity of crude oil is extremely high.

On the other hand, as European and American countries generally enter the peak travel season. Marginally, it will increase the demand for crude oil.

In addition, in order to stabilize oil prices, the United States and the IEA have repeatedly announced the sell-off of crude oil reserves. In terms of scale, the scale of reserves released by the IEA+ US is 300 million barrels, and the time span is from March to September. The current volume of selling is at the level of 1.33 million barrels per day.

But the problem is that while the summer demand season is over with September, so will the sell-off of strategic reserves as planned . At the same time, the U.S. strategic crude oil reserve was already at a low level. It is questionable whether there will be any new selling plans in the future. Therefore, the end of the summer vacation may not change the tight supply and demand of crude oil.

This article is reprinted from: https://news.futunn.com/post/16350607?src=3&report_type=market&report_id=207920&futusource=news_headline_list
This site is for inclusion only, and the copyright belongs to the original author.