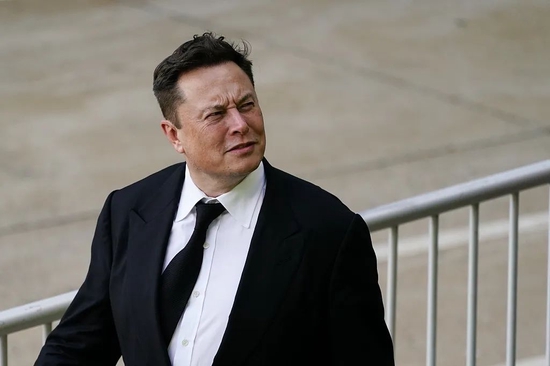 In 2015, when Tesla officially released the assisted driving function, the best biography “Silicon Valley Iron Man” about its helmer Musk was also born.

The biography, written over three years, reveals a three-dimensional, multi-faceted tech star. However, the first 18 months of writing were difficult for author Ashley Vance because Musk himself was reluctant to cooperate with the interview.

The turnaround came when Musk made an invitation to a dinner party, after which Musk opened up his world to Vance. A topic mentioned by Musk at the dinner is related to Tesla’s new actions right now:

Musk’s good friend Larry Page, the founder of Google, is building an army of artificial intelligence robots and believes that robots will serve humans forever. At that time, Musk was worried that Page might accidentally create something evil .

Musk used to be wary of robots, and now, his own robots are coming into reality.

On the Forbes Rich List released on September 27, Musk topped the US rich list with a net worth of $251 billion, far ahead of Amazon founder Bezos, who ranked second. But the vast amount of wealth has become a simple number to an individual to some extent. What matters is what you do with your wealth.

Musk has opened up a new territory for his career.

Optimus’ name comes from the movie “Transformers”. According to the parameters set before, its height is about 1 meter 72, its weight is about 57 kilograms, its walking speed is 8 kilometers per hour, and it can lift up to 20 kilograms of objects.

The story originated in August 2021. At that time, Tesla held its first artificial intelligence day, and autonomous driving was the focus of the event, and the humanoid robot that appeared last aroused the curiosity of the general public.

At that time, Musk only came up with a concept, and then let the staff dressed as robots for a demonstration. Even so, the applause was not absent. After all, Musk has succeeded many times in turning the seemingly impossible into reality. 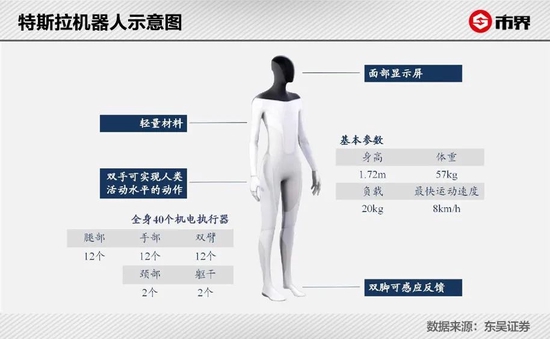 And now, Musk’s “new favorite” has really come into reality from concept.

The first prototype, unveiled at Artificial Intelligence Day on October 1, is what Musk calls “Bumble C.” Compared to the previous concept, this prototype looks rather rudimentary, with exposed colored cables and components, and very sluggish movements.

On stage, though, it walked steadily and waved to people. In the short video shown, it can be seen that it also learned to carry things, grab the water bottle and water the flowers. 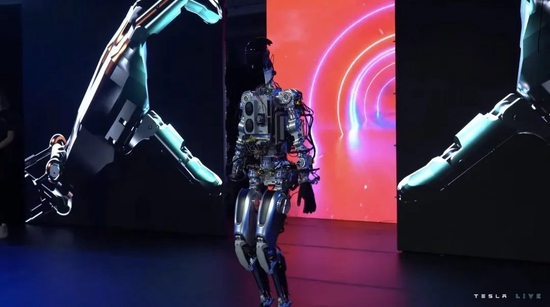 After that, a closer-to-production Optimus prototype took to the stage. This robot has a noticeable improvement in appearance, the cables are all packaged, and it looks much cooler. It’s just that it couldn’t walk by itself, but was moved to the stage by several staff members.

From electric cars to robots, it seems that Tesla is a little bit out of business. But in fact, it is precisely because of the accumulation of smart electric vehicles that Tesla’s robots are more valued. 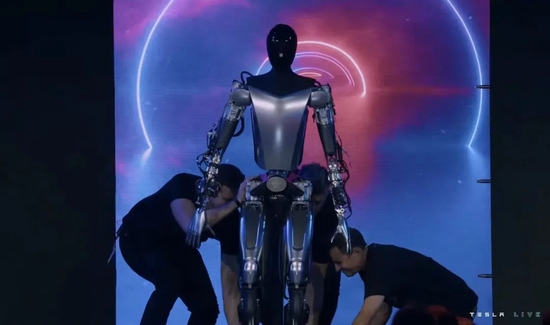 Here lies an underlying logic for Tesla’s entry into the robotics industry. As cars get smarter, the arrival of “autobots” is no longer far away. In Musk’s eyes, Tesla electric cars are robots with wheels, while humanoid robots just don’t have wheels.

In terms of car intelligence, Tesla has a deep technical accumulation, especially the autonomous driving technology is at the top. If these smart technologies can be transferred to robots, Tesla’s humanoid robots have the potential to rise rapidly.

Musk said in a question-and-answer session at the event that the experience of producing electric vehicles can help in the construction of robots.

According to the positioning, Tesla humanoid robots were originally designed to replace people to do repetitive, boring and dangerous things, and their first job is likely to be moving objects in the Tesla factory. In the long run, it will be necessary to enter thousands of households to complete tasks such as cooking, mowing lawns, and taking care of the elderly.

In a nutshell, Musk’s vision for Optimus is a general-purpose robot that can free people from many jobs.

Musk has called humanoid robots the most important product development for Tesla this year, and predicted that over time, the business could become more important than electric vehicles.

However, the development process of humanoid robots has proved that the more powerful the robot, the less likely it will be popularized.

The long evolution of humanoid robots

About a hundred years ago, humans had the imagination of robots. In Czech and American sci-fi and animation, robots are omnipotent beings.

Research on humanoid robots started in the late 1960s. Japan is one of the early countries to carry out related research.

This is a big guy with a height of about 2 meters and a weight of 160 kilograms. He has two hands and two legs like a human being. It has two cameras on its chest and tactile sensors on its hands. 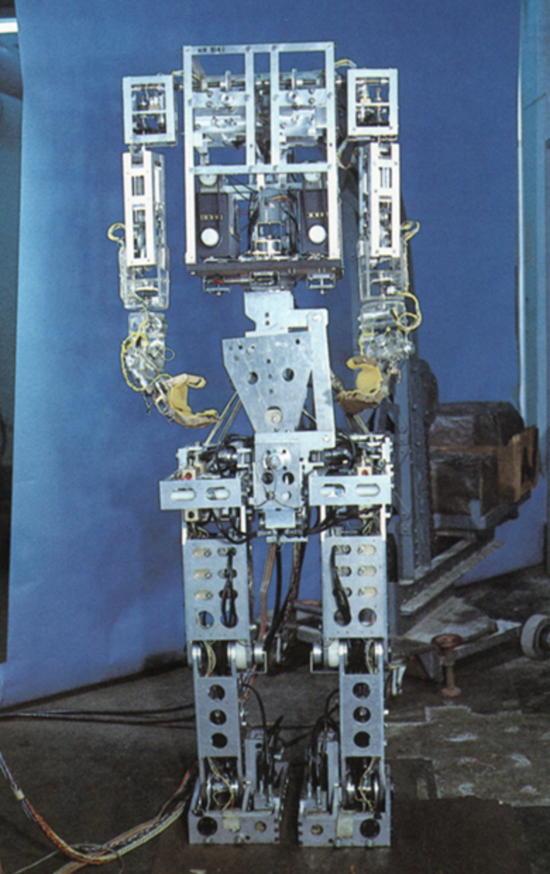 It can walk on two feet, grasp and move objects with its hands, measure distances to objects through visual and acoustic sensors, and communicate verbally with humans.

The emergence of WABOT-1 means that the humanoid robot has a relatively complete prototype. On its basis, researchers have begun to explore the direction of intelligence, study the autonomous control and interaction capabilities of humanoid robots, and further develop some basic capabilities.

For example, early robots could walk on two legs like a human, but at a very slow speed. Later robots learned to run.

One of the representative products is ASIMO. This is a robot born in 2000, developed by Toyota, its appearance is more human-like, and its moving speed reaches 6 kilometers per hour.

At the same time, ASIMO is more flexible and smarter than previous robots. It can walk hand in hand with people, and can carry out daily object handling. Later, it evolved and learned to jump and dance on one leg.

For humanoid robots born in recent years, dancing skills are not new.

But the most amazing performance is the Atlas launched by Boston Dynamics. They are the pinnacle of current humanoid robot development.

If the performance of ASIMO and UBTECH is a novice dancer, then Atlas is a master dancer, and its movements are far more natural and smooth than the former.

Not only that, Atlas also learned to “parkour”. It can quickly dash up steps, run across “single-plank bridges,” jump between separate boxes, and even do enough backflips.

This development beyond ordinary people’s cognition has earned Atlas a great reputation. In contrast, Tesla’s robots are far from shocking.

But the problem is that despite having the highest level of Atlas in the industry, Boston Dynamics is not favored by the capital market. In the past development, Boston Dynamics has changed its owners three times: it was acquired by Google in 2014, acquired by SoftBank in 2017, and in 2020, its control has returned to South Korea’s Hyundai Motor.

Along with the transfer of control, Boston Dynamics’ valuation has also fallen sharply. When Google bought it, it was valued at $3 billion. When Hyundai took over, the valuation was only $1.1 billion.

The experience of Boston Dynamics reflects the key dilemma that restricts the development of humanoid robots: even though these robots are technologically advanced and capable, the high R&D costs make it difficult for them to be commercialized, let alone to the public.

By contrast, Musk clearly has in mind the question of how humanoid robots will become commonplace. He claimed at the event that Tesla’s design differs from other “impressive humanoid robots” in that the Optimus is built for mass production of “millions” of units.

Mass production can keep costs down, and only if the price is low enough will humanoid robots become commonplace.

According to an earlier report by Zheshang Securities, the cost of the Optimus robot is about US$30,000, far less than the US$2 million cost of Atlas and lower than the US$36,000 cost of a Tesla electric car.

Now Musk says the Optimus will cost less than $20,000 after mass production.

If the plan goes well, the humanoid robot industry may accelerate with Tesla’s entry. But even with the price cut, the Optimus’ appeal to the average consumer remains in doubt.

An investment agency partner with Tesla shares previously said investors weren’t excited about Optimus, arguing that the chances of such a product playing out on a larger scale were slim.

A fundamental problem that Optimus struggles to get rid of is that if it’s just for certain tasks, such as carrying objects for demonstrations or watering flowers, non-humanoid robots can also do it, and the latter can be done at a lower cost.

In addition, a robotics expert mentioned before Tesla’s artificial intelligence day, don’t trust Musk too much.

The Age of Adventure Robots

If you put aside appearance and focus on practical use, although the capabilities are not amazing enough, robots that focus on serving humans in certain scenarios are more worthy of attention.

From this perspective, the actual human society is already full of robots, but most of them do not appear in human form.

In the smart restaurant of the Beijing Winter Olympics, robots can cook Chinese and Western food, make pour-over coffee, and mix cocktails. In general shopping malls, robots can welcome guests and guide shopping. Robots in hospitals can operate surgeries, and robots in hotels can do cleaning and disinfection. 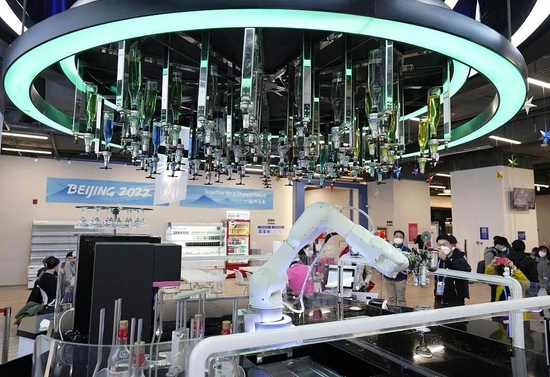 As far as the development of the entire robotics industry is concerned, changes are happening fast.

In the context of an aging population and a shortage of labor resources, human demand for robots is destined to surge. Japan vigorously develops the robot industry, which is related to this.

It can be said that an era profoundly changed by robots has begun. Humans need robots.

Back to Musk’s quest. The development of humanoid robots has long been proven to be a thankless task. From the announcement of this plan in 2021 to the progress of the project at this Artificial Intelligence Day, whether Tesla’s humanoid robots can be widely popularized has been questioned.

Judging from the current performance of Tesla robots, it can’t be said to be dazzling. They have acquired skills that robots have been able to do before.

But the prospect of humanoid robots is enticing. It is conceivable that if robots have the same flexible joints and movement capabilities as people, and they appear in people’s lives on a large scale, what will it be like?

The biography of “Silicon Valley Iron Man” summarizes Musk’s past, saying that what he experienced was an “adventure life”. Now, humanoid robots are a new adventure.

The result may not be smooth, but the adventure itself is the meaning.

This article is reproduced from: http://finance.sina.com.cn/tech/csj/2022-10-02/doc-imqmmtha9557070.shtml
This site is for inclusion only, and the copyright belongs to the original author.