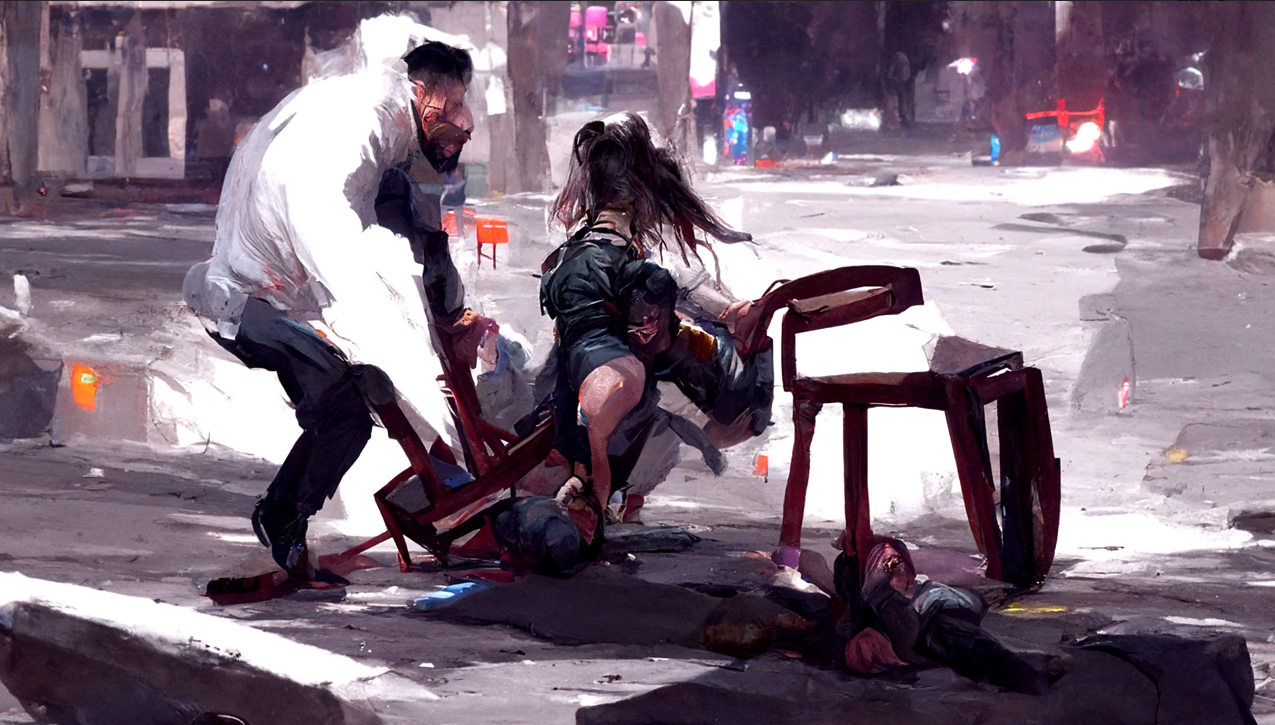 In the early morning of June 10, a beating incident occurred in a barbecue restaurant in Tangshan. Several men beat up several women recklessly in full view of the public. After the incident, it sparked heated discussions among netizens.

I don’t want to expand on this matter here, but I want to mention an interesting phenomenon that I have observed.

After the incident fermented, there was a lot of anger on the Internet, angry netizens were venting their anger, and a small number of rational netizens began to analyze the reasons. At this time, there are various voices on the Internet, but gradually, some voices are “disappeared” , leaving only those who beat people are evil forces, indifferent passers-by, women’s own problems, women’s rights and men’s rights and thus inspired men and women Opposing voices.

Especially the latter, like a flood, sweeps over those who only say a few words of reason.

At this point, I began to wonder why the essential reasons for this matter were not discussed , but only these opposing remarks were left behind? When I hurriedly browsed some posts, I found that some of the original rational analysis had disappeared , and the later ones saw only those emotional discussions. At this time, he/she can choose to join them, or analyze independently, but he/she Some of the speeches will be actively removed due to other people’s attacks, or passively removed.

What did I mean by some of the statements I said? It’s the “disappeared” speech I mentioned at the beginning – what’s the reason behind being able to beat people in the street and abscond? Collusion between officials and businessmen leads to fearlessness, and the inertia of law enforcement leads to the abuse of the characterization of mutual assault. All these condone the perpetrators, and at the same time warn passers-by who dare not go forward.

However, these have disappeared in the discussion area and comment area. Whenever it appeared, it disappeared soon after.

So what I want to say is that what we see is only part of the story, even what the platform wants us to see. This is especially true for those who rushed to the “Late Show”.

This thing is common . Just last week, Li Jiaqi’s live broadcast was interrupted in the middle. An anchor with such a popular audience was interrupted from the live broadcast, which naturally has a wide range of influences. There were many posts on Weibo that night pointing out the reason behind it – a cake in the shape of a tank appeared in the live broadcast room, and tank was a sensitive word last week. But soon, those posts with the real reason disappeared. When the audience who heard the news flocked to Weibo to find out the reason, only the common voice of “disruption due to equipment” was left.

An interesting thing is coming. In the face of such a voice, the discussion has turned into: The live broadcast team is too unreliable, and even spare equipment is not prepared? Is it a problem of the platform, such a big platform like Taobao, can’t handle this kind of thing well? …

The beginning and end of the Tangshan beating incident are almost the same, but more complicated, because Li Jiaqi is unfortunately unfortunate, and what he touches only needs to be dealt with in a simple and clear manner.

They see part of the thing, not even part of it, just the smeared thing .

So I’m not surprised when I see someone else drawing one-sided conclusions elsewhere; when I try to understand something, I reflect on whether what I’ve seen has been intentionally omitted.

This article is reprinted from: https://aaronnick.github.io/posts/disappeared-comments/
This site is for inclusion only, and the copyright belongs to the original author.