Maybe one day in the future, the doctor’s prescription will no longer be a drug, but let you go home and clear “Ring Fitness Adventure”.

Not too far three years ago, people had many choices for leisure: traveling, playing ball, running, fishing… However, when the epidemic hit, people’s social distance was pulled farther and farther, and the places for people to socialize were also reduced. Reduce it again until there is only “home”, an absolutely safe place to rest.

If 2019 is called the first year of the epidemic, it has now been three years since the epidemic. In these three years, we compromised, we adapted, we changed, we innovated, and our way of life has undergone tremendous changes, as have game makers.

With the development of digital technology and the popularization of somatosensory and wearable devices, the boundaries of games have been continuously extended: games + fitness, games + medical treatment, games + X… This new combination has wrapped the originally bitter activities with game entertainment. This layer of “sugar coating”, digital therapy came into being.

Do you still remember the “Fitness Ring Adventure” that was fired to 2,000 yuan due to the epidemic in 2020? This game, which has quadrupled its value, was dubbed “the best financial product in 2020” at the time. 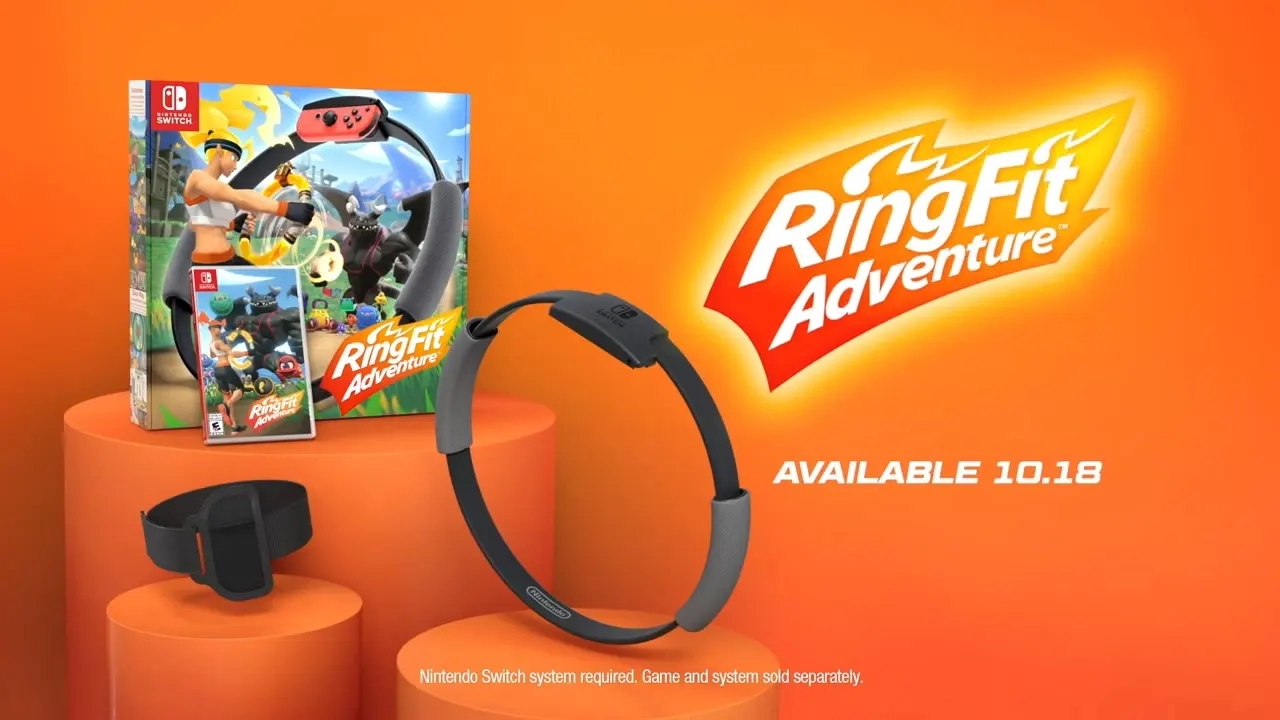 According to 2020 data, the sales of fitness rings increased by 363% during the epidemic. On the first day of the National Bank’s “Fitness Ring Adventure”, it directly drove the sales of Switch consoles to increase by 8 times month-on-month, which can be described as “hard to find a ring” at that time. The popularity of Ring Fit Adventure.

At first, the purchasers of this game were mainly “household” families who wanted to use the game to force themselves to exercise. However, after the advent of the new crown pneumonia epidemic, fitness rings became very popular. Some fitness enthusiasts and urban white-collar workers who did not play video games originally bought game consoles and fitness rings after the gym was closed. At the same time, affected by the epidemic, some Nintendo’s The production capacity of component suppliers declined, and fitness rings were once out of stock globally, causing prices to skyrocket. Some people commented that “the sales volume of the fitness ring equals its output”.

In “Fitness Ring Adventure”, players can complete fitness movements such as running, squatting, high leg raising, squeezing, stretching, etc. through the fitness ring equipment of the game peripherals, combined with the game controller. the higher the damage. Players believe that fitness rings can help them achieve the goal of happy fitness at home.

A Japanese netizen once posted a post showing the results of exercising for 1 hour every day with “Ring Fitness Adventure” for 180 days. He said: The effect is very obvious, and the weight has decreased by 7KG in total.

Nintendo is a newcomer to the business of exercising at home. Before “Ring Fitness Adventure”, games such as “Just Dance”, “Aerobic Boxing” and “Zumba Fitness” have been launched on NS. Another highly anticipated game has been launched – “NS Sports”.

“NS Sports” is a sports collection mini-game that inherits “Wii Sports”. It focuses on body sensation and battle, and meets the needs of different players for sports games. You can compete with players from all over the world in bowling, tennis, badminton and other sports without leaving home. . 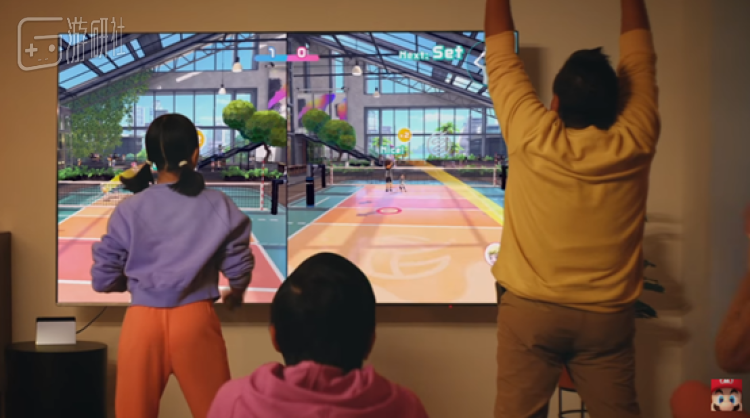 In China, co-branding of games and sports and fitness brands is not a new thing. Earlier, Keep launched a joint course with “The King of Fighters 97” under SNK, integrating the game scene of arcade fighting into boxing teaching, supplemented by the guidance of real coaches. , the player transforms into Kusanagi to fight the villain, making the course more interesting and immersive.

The American version of Keep “Peloton” also launched the game mode Lanebreak on its stand-alone device, allowing players to exercise in the game and get rewards to motivate players to keep exercising.

Compared with the private teaching fee of 10,000 yuan, a game machine can realize home exercise, and the competitive and entertainment nature of the game enriches the experience of exercise. In the era of home, it is no wonder that fitness games are frequently out of the circle.

In 2020, the U.S. Food and Drug Administration (FDA) approved the sale of EndeavorRx, the first game-based digital therapy device to help children with ADHD improve focus. This game was developed by Akili Interactive and has now landed on iPad, iPhone and other devices, but to play this game, a doctor’s prescription is required.

As a prescription drug, EndeavorRx can only be logged online for 30 minutes a day, 5 days a week, and a month is a course of treatment. After the doctor prescribes, the patient must complete the task within the stipulated time and cannot delay until the next day.

Through clinical double-blind testing on hundreds of ADHD patients, the results show that EndeavorRx can not completely replace drug treatment, but it does bring benefits.

Play therapy does not conflict with drug therapy, and is more acceptable to children and less expensive.

In addition to neurological diseases, gaming is also widely used in other physical diseases: Canadian healthcare technology company Ayogo has launched a game called HealthSeeker that will reward “life experience” points or virtual goods to diabetic players who improve their habits. For example, a quest like “coffee without sugar” may appear in the game, and players will be rewarded once they complete the quest. These detailed activities help users form healthy living habits and achieve the effect of managing chronic diseases.

RespondWell, an American telerehabilitation medical technology startup, has developed an interactive physical therapy platform that allows doctors and physical therapists to provide patients with a richer telemedicine rehabilitation experience, and is committed to reducing costs while improving treatment effects. Patients earn points by performing the correct movements, which can be redeemed for new training music, virtual coaches, 3D environments, and even real products and services. 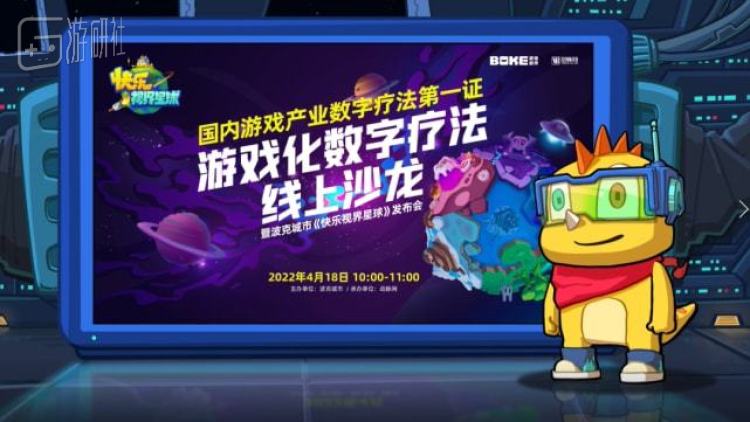 When parents still feel that playing video games hurts their eyes, a domestic game company has developed a game to treat children’s amblyopia – “Happy Horizon Planet”. The game incorporates a variety of light stimulation therapies such as grating, red light stimulation, and fine vision, to provide accurate and personalized treatment for children with amblyopia, and to feed back training data in real time to help parents and doctors judge the situation.

This game has been approved for Class II medical device registration, and is suitable for children with strabismus and amblyopia and abnormal binocular vision before the age of 12. It is regarded as the first certificate of digital therapy in the domestic game industry.

In “Family with Children”, there is an episode about Liu Xing’s unprecedented first place in a history exam, but the family is full of doubts about this good result, and finally learned that it was Liu Xing’s time. Indulge in playing “Three Kingdoms Kill”, and have a clear understanding of the history of the Three Kingdoms. We should not regard games as “flood beasts” for a long time. Reasonable and moderate games can make games play a higher value.

It is difficult to persist in exercising, but it is very exciting to pass through the game; taking medicine is very hard, but the game can make us temporarily forget the pain… Maybe one day, digital therapy can be more widely popularized and applied to more kinds of diseases , people’s fear of disease may also ease a little bit.

In the course of the development of the game, it is inevitable that the game will develop from leisure and entertainment to entertaining and entertaining, and continue to develop in a deeper direction. In the beginning, we lacked entertainment, so games appeared, and later, when we were confined at home, another idea of ​​games was opened.

At present, more and more game manufacturers have deployed in the field of health and medical care. Perhaps one day in the future, the prescriptions issued by doctors will no longer be drugs, but will let you go home to clear “Ring Fitness Adventure”.

How are games and health related?

This article is reproduced from: https://www.yystv.cn/p/9093
This site is for inclusion only, and the copyright belongs to the original author.