As a company that once dominated the chip industry for 30 years, Intel has now fallen from the altar, and Samsung has replaced Intel as the double champion of sales and profits in the chip industry.

Intel has sold its memory chip business to Hynix in a cash transaction of $9 billion, and Intel’s stock price has fallen sharply, in sharp contrast to the market value of the two companies after Nvidia’s acquisition of ARM and AMD’s acquisition of Xilinx Soaring, it is clear that Intel’s lost form in the hardware market will be difficult to reverse within a few years.

The baseband service was sold to Apple, the M-series mobile processors were not used, and the GPU failed. Apple decided to use its own chips to gradually replace Intel chips, so Apple, a major customer, was also lost. In recent years, Intel has been really beleaguered on all sides. It can only change its strategy and bet on artificial intelligence. If it loses the bet, it really means nothing.

However, Intel’s time to enter artificial intelligence is half a beat, and it can’t seize the opportunity. Looking at the business performance of the past few years, it seems that it is not satisfactory.

Intel released its unsatisfactory Q2 quarterly earnings report a month ago, posting its first quarterly loss in more than a decade and slashing its full-year profit forecast.

Ten years ago, Intel had a 90% share of PCs and a 95% share of servers, reaching the limit of growth. Especially in the chip manufacturing process, because the cost of new processes is getting more and more expensive, and the cost of upgrading is getting higher and higher, Intel’s integrated design and production model has come to an end.

Because Intel mistakenly bet on the next 10X growth opportunity and chose mobile phone SOC instead of artificial intelligence chips, turned around and found that its home PC and server chips were stolen by AMD.

Subsequently, the PC market was saturated, and the corresponding process upgrade investment was reduced. Intel invested nearly $10 billion in mobile phone SOC and 4G baseband from 2009 to 2017. Seize the market of Qualcomm, but was beaten by Qualcomm with patent license, and lost everything. 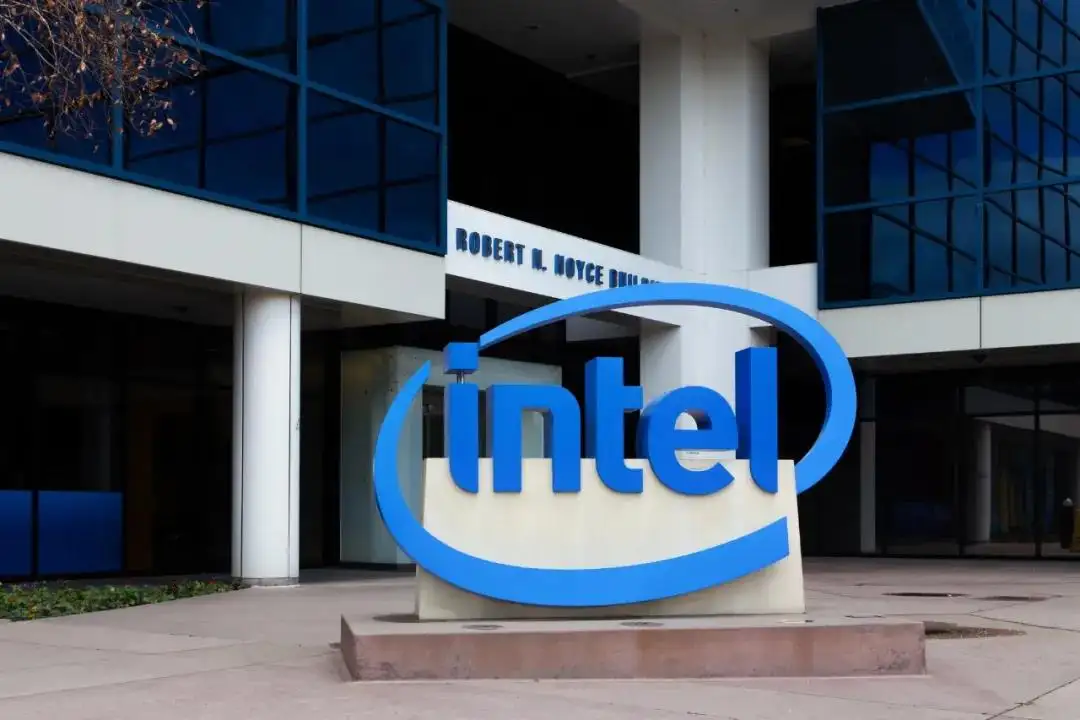 Artificial intelligence has begun to penetrate into all walks of life. From the early financial services, medical care, automobile industry, to the current catering, transportation, etc., a series of changes are taking place. In the future, almost all major industries will use artificial intelligence as a important technical means.

Intel’s strategy is to infuse all of its chips with AI capabilities, and as AI applications continue to grow and diversify in vision, speech, recommendation systems, and more, Intel’s goal is to provide a superior ecosystem for AI development and deployment.

But apparently success is not so easy to come by.

At present, the biggest problem of artificial intelligence is that the initial investment is huge and the payback period is relatively long, but its advantage is that a mature artificial intelligence application can serve many users at the same time, which is actually the advantage of reducing costs. For Intel, as long as If you can do a good job in the application and user experience, you can fully explore a business model that is enough to support its development.

The AI ​​field is being eroded

In the past ten years, the mobile chip industry has been booming, but Intel has not been able to keep up with the development speed of its peers. The US technology stocks have been in the air for a long time. Intel’s stock price has seriously underperformed various market data. It can be seen that the market is indifferent to Intel. Intel has almost stagnated in the last five years, while Nvidia and AMD have doubled their market caps 20 and 40 times.

Therefore, the wave of artificial intelligence has spawned many companies, but there are not many artificial intelligence solution companies that can make money, and even fewer can produce real money to purchase chips. In the past few years, Intel’s impression has been that the thunder is heavy and the rain is small, and the action is loud, but the specific products have not made people’s eyes shine. 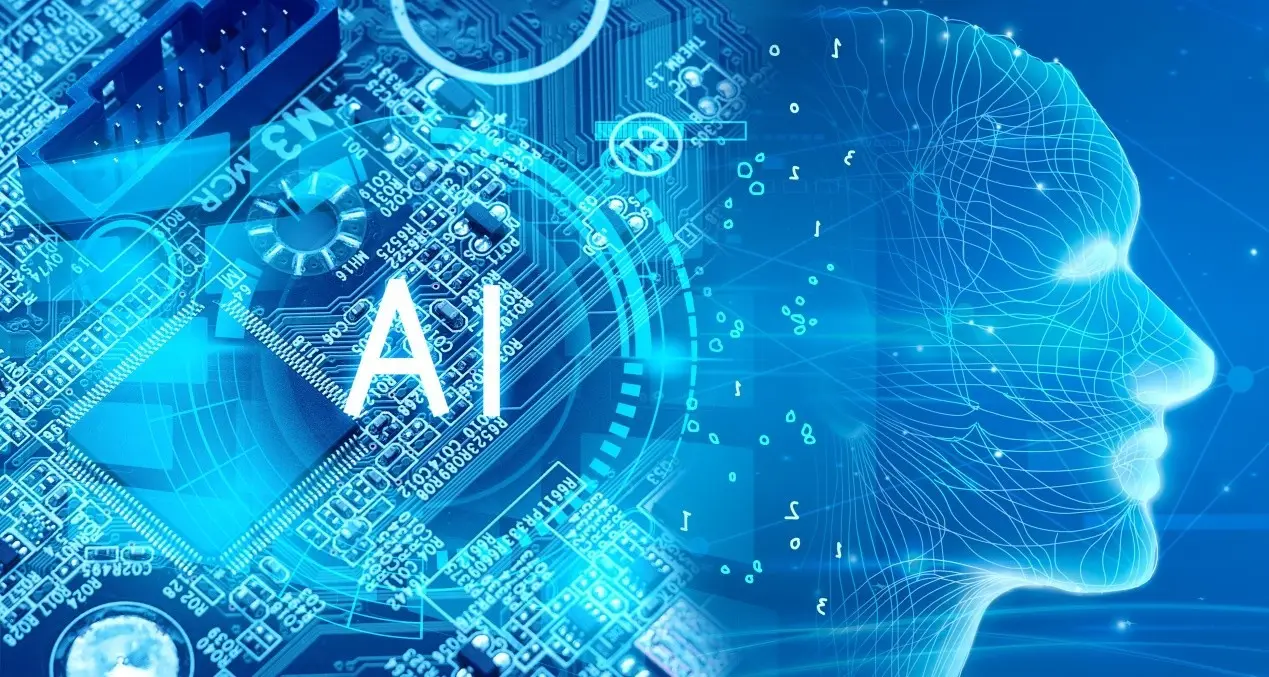 Intel has reasons for having to deploy AI chips: AI algorithms are hard to keep secrets, but AI chips are the crystallization of Intel’s understanding of its AI business. AI chips and AI algorithms promote each other’s development. Think of AI chips as the new moat.

Artificial intelligence chips have a relatively small share in the current overall chip market, but they are growing rapidly. In the current artificial intelligence market, the mainstream leading company is none other than NVIDIA, and Intel’s presence is not strong. Although Intel has spent a lot of money in the acquisition of corresponding companies in the past few years, they have seen more and more More and more AI server processor market is being eroded by AMD.

Two years ago, Intel’s appeal to investors in the AI ​​industry declined as Nvidia launched AI-specific chips for AI model training and gradually expanded its market share. According to data, NVIDIA currently accounts for about 80% of the total revenue of the large-scale artificial intelligence-specific computing market.

Not only has it failed to win the battle in the field of artificial intelligence, but it has also lost more and more voice in its own dominant home field. In recent years, Intel has suffered setbacks in making chips with the smallest transistors and the best performance, putting it at a disadvantage in the high-stakes competition with Samsung and TSMC, and some of Intel’s recent CPU chips have also been delayed. the predicament faced.

The grand visions of the past have vanished. Today’s Intel is no longer shorthand for technological prowess. It turns out that the pace of AI’s entry into the mainstream economy is gradual evolution, not earth-shaking hype. When IBM sold Watson last year, it caused an uproar in the industry and made many people feel frustrated, because so far, human beings have experienced many waves of artificial intelligence, artificial intelligence chips seem to be hot, but in reality they are still babies Babies are very easy to die. Therefore, every time the tide is rising, everyone expects huge things, but when the tide is falling, everything is silent again, and even IBM will sell Watson.

After all, Intel has a big business, and the foundation is still there. It is still possible to regain its dominant position through adjustment in the future. In terms of artificial intelligence in the server field, both Intel and AMD are catching up with NVIDIA, and the future competitive landscape will be a competition between compatible alternative strategies and corner overtaking strategies and NVIDIA.

Compared with AMD, Intel also has layouts in other markets, but there is some uncertainty about whether these layouts can pay off. This also tests Intel’s ability in strategy and resource scheduling, because if multiple investments cannot be matched with good strategic capabilities, it will divert energy.

Each era has its own unique characteristics. Facing the trend of the times, some companies choose to follow the trend, and some companies choose to go upstream. In theory, these two completely different options have the possibility of success, but in the cruel business society, the enterprise that can survive to the end must be an enterprise that keeps pace with the times.

At present, we see that Intel is also making certain adjustments in this regard. For example, at the end of last year, Intel planned to re-list Mobileye, so that it can collect funds to invest in its own artificial intelligence chip business. Hopefully, Intel can regain its forward momentum through such adjustments and bring better products to the market.

This article is reproduced from: http://finance.sina.com.cn/tech/csj/2022-09-01/doc-imiziraw0576632.shtml
This site is for inclusion only, and the copyright belongs to the original author.