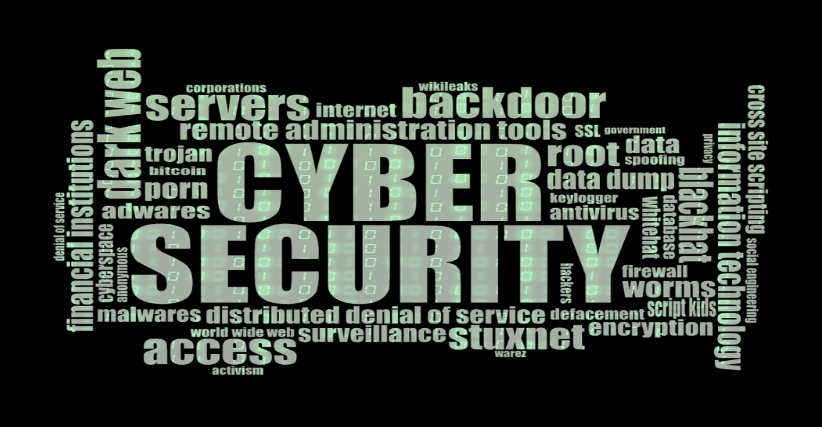 This is the original 1726th issue of the vernacular blockchain

Tornado Cash has recently become a debate in the crypto world as the U.S. Department of the Treasury’s Office of Foreign Assets Control (OFAC) has issued sanctions against Tornado Cash, a privacy protocol on Ethereum that facilitates the circulation of various cryptoassets. At the core, it has also triggered a series of debates and butterfly effects in DeFi and the entire Web3 industry, and is even regarded as a watershed in DeFi regulation.

And before that, the U.S. Securities and Exchange Commission (SEC) has often flashed in the crypto world, “The SEC has a solid, near-perfect record in lawsuits against companies that offer digital currency sales without proper authorization, and there aren’t many Legal precedent to win this battle.” This regulatory stick has caused many crypto projects to suffer.

The blockchain world has always lacked real incremental users, which is a recognized pain point and difficulty . Because of this, the blockchain project TON (Telegram Open Network) of Telegram, the world’s largest encrypted communication software with hundreds of millions of active users, can be described as a Born with a golden spoon, it was regarded as the “King Project” as soon as it was launched, and it was very popular:

In 2018, Telegram announced the issuance of Token for financing, and the pre-sale Token will soon reach 1.7 billion US dollars (according to the sales terms, when the TON blockchain goes online, investors will only get their own share of the Token).

Unexpectedly, TON, which was originally scheduled to be officially launched on the mainnet in October 2019, was suddenly “stopped” by the SEC . On October 11, 2019, the SEC filed a complaint with the Federal Court, claiming that Telegram sold about 2.9 billion digital currencies. Violating the Securities Act of 1933, requiring a temporary restraining order against Telegram, prohibiting them from offering, selling, delivering, or distributing Tokens to any person or entity.

Immediately afterwards, the Southern District Court of the New York Court issued a temporary restraining order to Telegram, which made its Token distribution not proceed as planned. It was from this time that Telegram began to fall into this litigation storm with the SEC.

Subsequently, in response to the SEC’s request that the court reject Telegram’s request to sell Tokens to non-US investors, Telegram has been emphasizing that the ruling expressly limits the application of US federal law to only “transactions in securities listed on domestic trading platforms” and “domestic transactions in other securities” , so the SEC’s injunction is unfounded.

Even the Telegram blockchain project community foundation once made rumors, “or bypass the SEC and the US court by “forking” the mainnet.” It was not until June 2020 that this protracted regulatory tug of war ended with Telegram’s The final compromise came to an end:

‎Telegram and its subsidiaries agreed to pay an $18.5 million civil penalty and return approximately $1.22 billion to investors to settle allegations that the company violated investor protection laws. ‎

Ripple is hard to the end

Of course, there are also those who dare to fight with the SEC to the end or even fall behind – Ripple.

On December 22, 2020, the U.S. Securities and Exchange Commission (SEC) officially released an indictment against Ripple and its founders Bradley Garlinghouse and Christian A. Larsen, claiming that from 2013 to the present, Ripple and its founders sold XRP for a profit of 13.8 billions of dollars, and did not register their offers and sales of XRP, nor obtained any exemption from registration, violating the registration requirements of the federal securities laws.

Since then, the SEC has accused Ripple of selling its XRP token and unregistered securities, however Ripple has maintained in court that it did not act wrongly.

Originally, after Gary Gensler was confirmed as SEC chairman last year, Ripple took the initiative to show his favor, believing that litigation disputes could be resolved in a more enlightened way, but it seems that the SEC has not regressed. Securities laws may be involved and must be regulated by the SEC.

Therefore, Ripple’s attitude has become tougher since the beginning of this year. In the first half of the year, the CEO of Ripple said that if he loses the lawsuit brought by the SEC against the company, Ripple may be completely transferred to places outside the United States. He even said that once the lawsuit with the SEC is over, Ripple will explore the possibility of an initial public offering (IPO).

And Ripple has recently seized on one of the SEC’s Achilles’ heels: a 2018 speech by former SEC Finance Division Chief Bill Hinman explaining that Bitcoin and Ethereum are not securities, making the SEC’s statement inconsistent.

This SEC-Ripple litigation drama is expected to continue.

However, the “Sword of Damocles” of supervision is not without solution. Under the supervision of the SEC, there are also projects that can finally escape the disaster through “compromise”.

On September 23, 2019, the SEC reached a settlement with Block.one, in which Block.one agreed to settle the SEC’s unregistered tokens by paying a civil penalty of $24 million (0.58% of its total token financing) financing offering, while granting it significant immunity for future operations.

This not only means that block.one and EOS’s high-hanging policy “Sword of Damocles” has also been temporarily lifted, but also provides ideas for a number of projects that have fallen into similar accusations from another perspective.

On March 23 of that year, Tezos, another project party, also chose to settle the litigation problem with $20 million after a two-year court battle.

As the first public Token financing project in history and the largest before EOS, Tezos passed the blockbuster first Token financing issuance in the fall of 2017, and achieved a revenue of 232 million US dollars, which also entered the SEC’s vision. Trapped in a Telegram-like regulatory tug-of-war.

However, not all Token financing projects may be able to solve problems with money like EOS and Tezos. After all, Block.one and EOS’s light-weight $24 million is even higher than the total Token financing amount of most projects.

From the current point of view, regulatory entities such as the United States and Europe are gradually tightening their supervision of stablecoins and DeFi, while the United States plays a major role in the field of encryption regulation, and project parties are passively or actively cooperating to explore innovations Boundaries that balance with compliance.

At the same time, the answer to the debate over whether Token is a security seems to be coming out gradually. Earlier this month, Debbie Stabenow, the leader of the U.S. Senate Agriculture Committee, and others planned to propose a new encryption regulation bill to encrypt Bitcoin, Ethereum, etc. Currency spot is under the supervision of the U.S. Commodity Futures Trading Commission (CFTC).

This not only means that the commodity attributes of cryptocurrencies like Bitcoin are gradually strengthened and confirmed in the supervision, it also means that in addition to the SEC, other institutions such as the CFTC will gradually play the role of the supervisory body in the future (of course, the CFTC also Actions have also been taken against cryptocurrency companies for alleged violations of derivative asset laws, such as BitMEX, Tether, and Bitfinex, among others).

In general, in the early stage of the birth and development of new things, brutal growth is inevitable, but the subsequent compliance problems will become more prominent and become a crucial lifeline.

Whether DeFi and CeFi are ready or not, that day will finally arrive on schedule for the crypto world.

This article is reprinted from: https://www.hellobtc.com/kp/du/08/3991.html
This site is for inclusion only, and the copyright belongs to the original author.