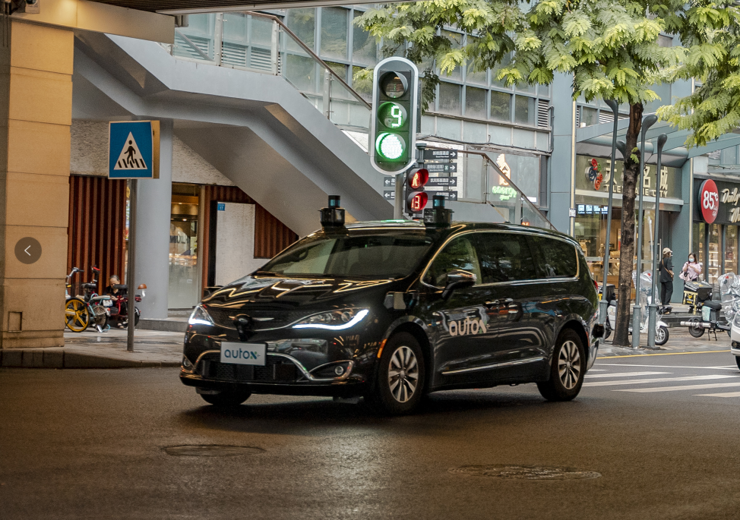 Today, the annual World Artificial Intelligence Conference is held as scheduled, which can be regarded as good news at a time when many exhibitions have been cancelled due to the epidemic.

And new developments in the autonomous driving industry, this World Artificial Intelligence Conference has also spread a lot.

According to Xinzhijia, this conference held the launching ceremony of the Shanghai Jinqiao Intelligent Networked Vehicle Test Demonstration Zone, and the first batch of intelligent networked vehicle test roads in Pudong were officially opened. Among the first companies to cooperate with the Pudong Jinqiao Demonstration Zone, AutoX is the only company that focuses on the Robotaxi, an L4-level driverless passenger vehicle. 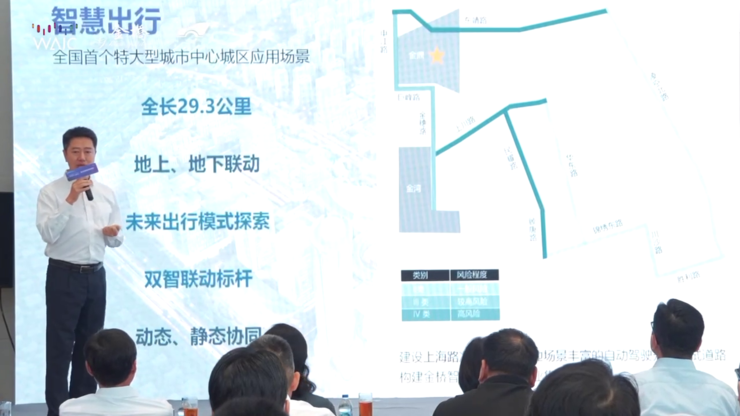 AutoX announced that it will now publicly provide the RoboTaxi demonstration application manned service equipped with AutoX’s fifth-generation autonomous driving system in the central urban area of ​​Shanghai. AutoX has become the first autonomous driving company to launch such a service in central Shanghai. 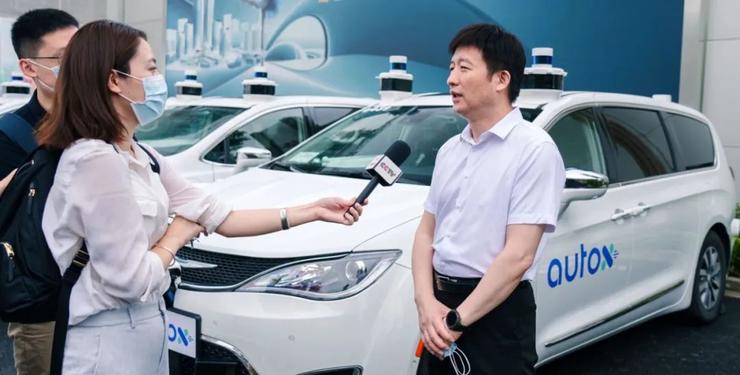 It is reported that the first batch of 50 RoboTaxis of AutoX have obtained the Shanghai Manned Demonstration Application License, and they are Chrysler FCA Grand Dragon models. In addition to being equipped with the latest fifth-generation autonomous driving system AutoX Gen5, it also integrates the world’s highest-definition automotive-grade sensors, self-developed core computing platform AutoX XCU and electronic and electrical architecture for the autonomous driving domain, with a computing power of 2200 TOPS, achieving automotive-grade level. The functionally safe full-stack architecture is redundant to ensure true full unmanned driving capability. In addition, AutoX Gen5 RoboTaxi is equipped with a vehicle-grade redundant line control built by the in-depth cooperation of the international car giant Chrysler FCA. It is also the first model in China that can mass-produce truly unmanned vehicles.

In fact, AutoX obtained the first batch of licenses after Shanghai New Regulation 2.0 in 2020, which will open the third-generation Gen3 RoboTaxi to the public for manned demonstration applications in Shanghai, marking the opening of Shanghai’s first batch of autonomous driving operations, covering major cities in Jiading District. section. Since the manned demonstration application has been carried out for two consecutive years, AutoX has adhered to the core principle of safety first, carried the first batch of RoboTaxi users in Shanghai, and was welcomed and praised by local residents and passengers. On February 18, 2022, the Shanghai Municipal Commission of Transportation announced the “2022 Shanghai Intelligent Connected Vehicle Demonstration Application Innovation Project”, and AutoX successfully unveiled the “RoboTaxi Application Scenario”. Through the AutoNavi App, users can experience this service at any time in Jiading.

With the opening of another RoboTaxi operation area, AutoX’s RoboTaxi layout in Shanghai has been expanded to Pudong and Jiading districts, including Shanghai’s first open demonstration application road for autonomous driving in the central urban area launched by Pudong Jinqiao Development Zone. The road’s rich application scenarios in the central urban area of ​​mega-city will become a testing ground for artificial intelligence technology, driving the “future car” industry to accelerate into reality.

The opening of the Pudong Jinqiao autonomous driving open road this time is the first open road test scenario for intelligent connected vehicles in the central urban area of ​​a super-large city in China. Before that, Shanghai had put into operation open test roads in areas such as Jiading, but these roads were all located in the suburbs. With the addition of Pudong Jinqiao, the autonomous driving test scene in Shanghai has formed a four-in-one, dislocation and complementary development pattern.

After years of development, Jinqiao has accumulated a solid foundation in the automobile industry. In recent years, it has actively embraced industrial changes, attached great importance to the development of the intelligent networked automobile industry, and has become an important bearing place for the “future car” industry in Pudong. In the future, AutoX will carry out relevant tests and demonstration applications in the Pudong Jinqiao Intelligent Connected Vehicle Test and Demonstration Zone to help promote the development of Jinqiao’s “future car” industry, support the creation of an intelligent connected vehicle policy highland in Pudong New Area, and promote the commercial application of intelligent connected vehicles. Integrate and develop with the smart city life experience.

This article is reproduced from: https://www.leiphone.com/category/industrynews/mscLghPtbOp60wIT.html
This site is for inclusion only, and the copyright belongs to the original author.