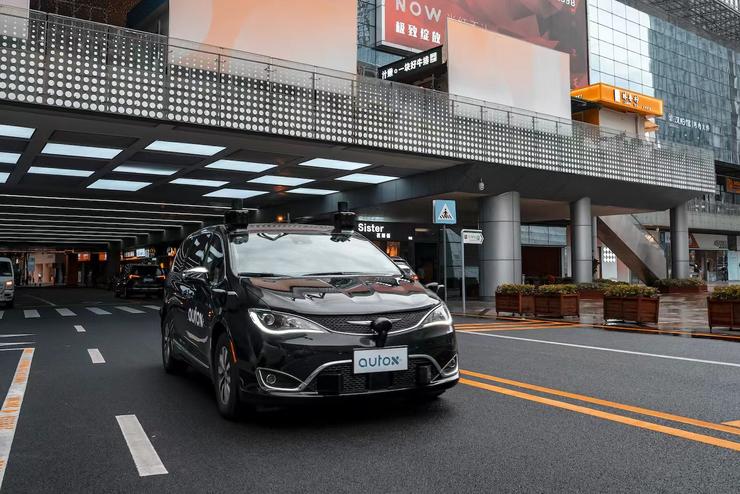 Autonomous driving is getting closer to reality.

Since 2020, AutoX has launched RoboTaxi operations for the public in several cities, including China’s first fully unmanned operation area covering the entire region of 168 square kilometers. The operation center network released this time is specially built for professional-level operation and maintenance scheduling of large-scale RoboTaxi fleets, supporting over 1,000+ unmanned vehicles in high-density, high-efficiency, and high-intensity operation in a large area of ​​more than 1,000 square kilometers. A key part of the commercialization of autonomous driving on a large scale.

The Pingshan Fully Unmanned Operation Center is located in Pingshan District, Shenzhen. It supports a fully unmanned RoboTaxi operation area with an operating area of ​​up to 168 square kilometers, and radiates to the surrounding autonomous driving operation areas.

With the running trajectory of the drone, the daily operation and maintenance of the large-scale AutoX RoboTaxi fleet, and the activities such as driving are gradually displayed. The team is based on the FCA Grand Dragon model and is equipped with the fifth-generation Gen5 system of AutoX.

Since January 2021, AutoX has released China’s first fully unmanned RoboTaxi open to the public. The front, co-pilot, and rear seats are unmanned, reaching the level of the entire vehicle. There are no safety officers or operators in the vehicle. personnel.

“Infrastructure” for the large-scale landing of unmanned vehicles

“The efficient operation of the large-scale unmanned vehicle operation center network is the necessary infrastructure system for the large-scale and standardized implementation of RoboTaxi, and it is also a solid step for AutoX to implement the first batch of autonomous driving fleets of over 1,000 units in China.” AutoX the spokesman said.

Among AutoX’s 10 major operation centers, four are exclusively located in Shenzhen, which are located in Nanshan, Futian, and Pingshan. With the unique terrain trend of Shenzhen, they are distributed along the east-west coast. The coverage extends to Bao’an District, Shenzhen in the west, and runs through the bustling downtown areas of the three major gates in the middle, providing high-density autonomous vehicles for CBD areas such as Nanshan, Futian, and Luohu. , Longgang District, Longhua District.

In addition to the global operation center released this time, AutoX has made steady progress on the road of being completely unmanned:

From technology, to factories, to operation centers, AutoX is preparing for the implementation of the truly unmanned RoboTaxi.

This article is reprinted from: https://www.leiphone.com/category/transportation/9Sb5nSKFoi7Oy1cq.html
This site is for inclusion only, and the copyright belongs to the original author.