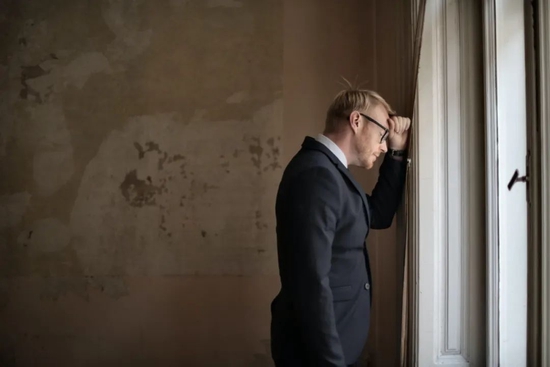 The founder of Qudian, Luo Min, may have enjoyed the feeling of heaven recently. On July 17, Luo Min sold pre-made dishes on Douyin live broadcast for 19 hours, with sales of 250 million yuan and 90 million viewers. The number of fans in a single game has exceeded 4.58 million, and there are more than 1 billion exposures, which are behind tens of millions of marketing costs. Luo Min and his new project of pre-made dishes were thus brought to the mainstream view.

Luo Min has had high-profile moments, such as going to the Nasdaq exchange at the age of 34 to ring the bell. It is also shrouded in the shadow of “long-term defeatism”, such as those projects that end without even being remembered by people, such as the long-term downturn of the main business of Qudian, and some media describe Luo Min’s entrepreneurship as “high-profile entry and rapid overturning”, “With a couple of guns, always looking for directions”.

Pencil Road has made in-depth reports on Qudian and Luo Min’s many entrepreneurial projects before, and we may be able to glimpse the future through history.

In the slogan of the platform, it is called a “one-to-one online video tutoring tutoring platform for lecturers from famous primary and secondary schools”. “Here, students can easily find lecturers from 985/211 colleges and well-known normal colleges and universities to take classes online at home.”

Pencil Road learned that the price of each lesson of “Fun Learning” is as low as 15 yuan, and it is called “Taobao of online education” by employees. One end of the platform is a lecturer, which can be freely priced, and the platform does not charge a commission; the other end is connected to students, who can choose lecturers independently.

However, the Pencil Road survey found that most of the so-called “famous school lecturers” on the “Fun Learning” platform are students who have not graduated from domestic normal colleges and universities, and many have not obtained formal teacher qualification certificates.

The method of “interesting learning” attracting people is also incredible. A student lecturer at South China Normal University told Pencil Road that there is a 100 yuan reward for completing the first lesson on the “Interesting Learning” platform, and 100 yuan can also be earned by inviting others to register. Many college students who registered for the 100 yuan reward became “zombie lecturers” after registration. Their information is hung on the platform, but not in substance.

At that time, a staff member of “Fun Learning” who was promoting the project at South China Normal University told Pencil Road that the platform had just been launched, and there were many difficulties in offline promotion. He revealed that the KPI at that time was that each employee should pull at least 50 people a day as lecturers. “As long as they are students of the Chinese Normal University, they can register. They do not need a teacher qualification certificate or a Mandarin proficiency certificate.”

The official Weibo of Donghua University of Technology also issued a notice saying that for the “Fun Learning” APP, the Jiangxi Education Public Opinion Analysis Center reminded students to register carefully to prevent information leakage. Remind students not to be deceived.

In the Maimai job statement on November 5, 2018, some netizens who were certified as employees of the Qudian Group disclosed that the company did not want to spend money to promote Qudian, but wanted to increase it on a large scale. Some employees even ask college students to register their relatives and friends to take classes for the sake of KPI. If they fail to achieve their goals, they will cut off the offline business team and express doubts about this management method.

Qudian changed its business to “Taobao version of online education”: it was exposed that zombie lecturers and fake students used campus loans to start their business

In February 2020, Qudian launched the Wanlimu project on the eve of its sixth anniversary, claiming that it intends to leverage the luxury e-commerce market through tens of billions of subsidies. Wanlimu insists on self-operation of the whole station, the buyer team is stationed overseas, and the goods are sourced directly from all over the world. Luo Min, the founder and CEO of Qudian, also stated that he planned to “bring more changes to the global luxury e-commerce industry”.

Wanli Purpose’s appearance was extremely high-profile. Qudian advertised it all over the Internet, claiming that it would provide “tens of billions of subsidies”, and signed five spokespersons: Zhao Wei, Huang Xiaoming, Lei Jiayin, Zheng Kai, and Jia Nailiang.

However, in actual operation, in the three quarters after its establishment, although the sales revenue of Wanlimu has increased, the comprehensive sales and marketing costs and expenses are still in a state of loss. And consumer complaints about products are on the rise. It is understood that the cost of sales and promotion in a single quarter will cost 64.8 million yuan, not to mention the huge subsidies and endorsement fees for celebrities.

In June 2021, according to Tech Planet, “Wanlimu” failed. In the “Wanlimu” applet, all beauty products have been removed from the shelves, and only a small number of shoes, accessories and bags are left, mostly unsold inventory products. The report also mentioned that not only is the product no longer updated, Wanlimu has been shut down internally, leaving only a few operators who maintain the status quo.

At the same time, employees who were recruited for the purpose of developing the luxury e-commerce market were either required to resign or transfer to the new project “Wanlimu Children”.

Subsidize 10 billion yuan for another project

Like Luo Min’s previous entrepreneurial projects, Wanlimu Children is also holding high. It is reported that a single Wanlimu Children’s Growth Center covers an area of ​​more than 3,500 square meters and is completely self-operated. At the same time, Wanlimu Children does not need to pay in advance and only sells small lesson packages, and they can refund at any time if they are not satisfied with the experience. At that time, it was expected to open 100 stores in 2021, and 500+ stores in 2022.

Wanlimu Children adopts the partner mechanism. Partners do not need to invest, but according to their abilities and backgrounds, partners enjoy different treatment. Higher-level partners will also be promised options.

However, the world is unpredictable. Only half a year after the opening of the first store, the education and training industry ushered in a heavy hammer – the “double reduction” policy was introduced.

Although Wanlimu Children focuses on quality education, the implementation of the “double reduction” policy has added a lot of uncertainty and resistance to the future of Wanlimu Children. At the same time, many discipline education giants are also transforming into quality education, which has increased the competitive pressure of Wanlimu children. Coupled with the impact of the epidemic, Wanlimu children have fallen into a difficult situation.

So far, the two “Wanlimu” with the same name have come to the same ending.

Luo Min has started his own business in Qudian many times. For example, in 2017, the auto consumer finance installment business “Dabai Auto” was launched, and the project was stopped two years later; in 2018, the high-end housekeeping project “Weipujia” was launched, and so on. Are you optimistic about the prospect of this Qudian prefabricated dish project? Welcome to leave a message for discussion.

This 10 billion net worth has done another project.

This article is reproduced from: http://finance.sina.com.cn/tech/csj/2022-07-22/doc-imizmscv3121911.shtml
This site is for inclusion only, and the copyright belongs to the original author.