Friends who follow Koshien games and like to watch Japanese high school baseball should be familiar with the sentence – “This kind of thing, manga dare not draw it like this!”

After all, even if it is a sports comic with a protagonist’s halo, it is unavoidable to suffer defeat in the theme of sports competition. And it is too exaggerated but lacks persuasiveness, resulting in the creation of the character and the charm of youth mixed with sweat and tears cannot be displayed. But in reality, the plots that comics dare not draw are staged in Koshien almost every year (Japan’s high school national baseball game, the venue is in Koshien Stadium in Kansai every year).

This year, there is an obscure dark horse school, Shimonoseki International (Shimonoseki International), and in the top 8, it faced this year’s Chunjia champion, Osaka Toyin (Osaka Toyin), known as the absolute king. The former reversed in the ninth inning and won 5-4 against the favorite to win the championship, which had beaten other schools well along the way, making all fans fall through their glasses.

In the top 8 of Koshien, the absolute king Shimonoseki International High School of Toin Osaka won

You know, this year’s Osaka Toyin, in the Osaka Conference where strong schools gather, with a total score of only 1 point, pushed other colleges to the ground and rubbed them on the ground, and even won a big score of 19-0 after arriving at Koshien.

Whether it was an extremely rare triple kill (トリプルプレイ, 3 outs in a single defense) against Osaka Toin, or 2 consecutive points grabbing tactics in Omi’s match, it was time and again, although I watched It’s inconspicuous, but it’s not a bad shot, which shows that this school has a strength that is not obvious from the statistics.

And this dark horse, which makes high school baseball fans all over Japan boil over, has a more exaggerated past than the manga setting.

In 2005, 17 years ago, in Shimonoseki City (Shimonoseki City), Yamaguchi Prefecture, the westernmost part of Honshu, Japan, there was a baseball club with only one member and no coach. Shimonoseki International High School. The baseball club, which has never had any outstanding results, has also had a scandal of student collective theft. As a result, members of the baseball club left one by one, and there was no coach willing to guide the “hopeless” high school.

In the same year, Hideo Sakahara (the current baseball coach of Shimonoseki International), who was 28 at the time with a dream, decided to resign after working for a few years and was studying for a teaching qualification at a university near Shimonoseki International High School, intending to become a teacher after graduation. High school baseball coach. Although Sakahara has been playing baseball after high school, college, and work, he has not had any outstanding achievements. 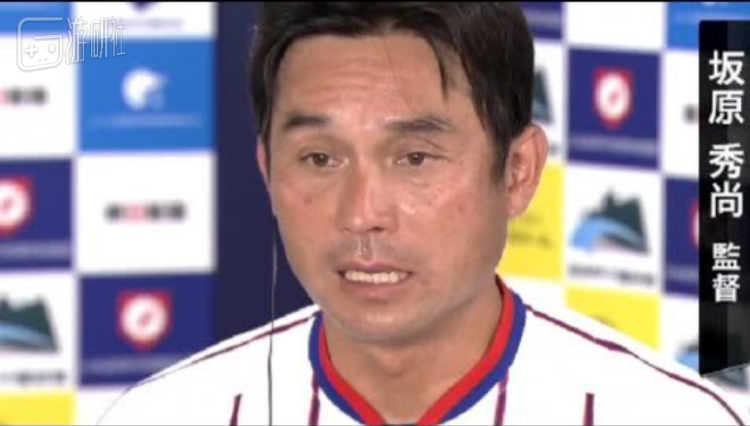 When Sakahara heard about the situation at the high school next door, he wrote an enthusiastic letter to the principal of Shimonoseki International to sell himself – “I don’t want a salary, please let me be your school’s coach!” And it was successful Impressed the principal and started Sakahara’s coaching career.

However, this starting point was not smooth at all. Sakahara went to more than 50 junior high schools in the surrounding area, and wanted to dig out and invite talented students to play baseball at their high school, but no one wanted to pay attention to him. The school’s baseball field is also overgrown with weeds. The glass of the baseball club’s activity room has long been smashed, and the walls are full of graffiti.

Coach Sakahara did not give up, started to weed and improve the environment by himself, and continued to invite students to join. Perhaps it was his actions that caught the attention of the students, and slowly, finally, some students were willing to join the baseball club, and they also joined the ranks of weeding and painting the walls. Without a good training environment, practice props, or even a team uniform, they train in ordinary shorts.

Finally, three and a half years later, in 2008, they finally won their first game (the county convention). Although they lost in the second round, the fact that they “can win” has become an important milestone for them. This not only repaid everyone’s hard work over the past three years, but also attracted more students who wanted to play baseball to study at Shimonoseki International. In this way, they accumulate strength bit by bit where the spotlight can’t see it. The school’s funds were insufficient, so Coach Sakahara went to the fish market to work and earn money to collect the fare, and took them to practice matches with other schools.

Nine years have passed. In the summer of 2017, they finally won the championship of the county conference and won the tickets to Koshien.

Just when he was fighting against Mimoto Matsu High School, his opponent in the first battle, Coach Sakahara’s straightforward speech caused a fire on the Internet, and was dubbed the “Shaved Ice Incident” by everyone.

Coach Sakahara said in an interview: “I saw players from Mimotomatsu High School actually eat shaved ice at Koshien, which is definitely not allowed in our school (laughs). Neither are carbonated drinks. All we can drink is water and milk. , 100% fruit juice, sports drinks. Mobile phones are not allowed, you can only use public phone booths or write letters, everyone will get used to it in 3 days.”

As soon as this speech was broadcast, it immediately caused a lot of discussion, and many netizens questioned whether his approach was too strict and unnecessary. And this Shimonoseki International Koshien maiden battle also lost 9 to 4 to Mimoto Matsu, who was eating shaved ice in Koshien. Naturally, no one paid attention to the players who were defeated in the first battle, but only the “Shaved Ice Speech” continued to ferment for a period of time, and Shimonoseki International was also teased by netizens as “Shaved Ice International”. However, no matter how outsiders view the joke, Coach Sakahara’s Koshien dream is serious, and so is everyone in the baseball club. Even though the regulations are very strict, even if the training is very hard, even if there are always no so-called talented players to join, but they still grit their teeth and do boring training every day.

One year later, in 2018, they entered Koshien again. This time it is no longer a round tour, but directly to the top 8. The stalk that was used as a joke by netizens a year ago has also become an interesting anecdote in Shimonoseki International.

But as the top players of the year graduated one after another, Shimonoseki International, which had no advantage in recruiting, had to start all over again. In the last year’s county meeting, they suffered a waterloo and lost in the first round. It also suffered a no-hitter, no-run fiasco at Guangling High School (広ling) in the fall conference.

After the game, the coaches and staff went back to the school canteen for a five-hour review meeting. Coach Sakahara’s voice was hoarse and he was almost speechless, and tiredness appeared in his eyes. Just after a period of silence, the coach suddenly opened his mouth and said with a heat that seemed to penetrate the heart: “I will definitely make you stronger.” After that, the coach cried, and so did the players. .

The players who couldn’t help crying when they were defeated

Then came the reforms. After canceling the morning exercise that started at 5:30 in the morning, the quality of the training during the day was improved instead. Instructor Sakahara, who lives in the student dormitory with the members, leads everyone to further develop a regular life and pay attention to nutrition and sleep quality. A year later, the players were stronger (10kg on average), didn’t doze off in class, and improved their concentration during training and competition by leaps and bounds. Supervisor Sakahara also used a thick book to thoroughly study both his players and opponents. And the effect of all these efforts was also shown at this year’s Jiaziyuan Stadium.

Everyone is looking forward to whether this dark horse can follow the momentum to win the championship of Jiaziyuan. In the final with Sendai Yuying High School, due to the lack of player reserves and the continuous competition with two top strong schools, everyone has accumulated a lot of money. less tired. The double-ace pitchers Koga and Nakai, who have performed well along the way, have also declined in ball power and precision. After a home run in the seventh inning, it was 1-8. Although the hope of victory became slim, none of the contestants showed signs of weakness and fought aggressively until the last moment.

Shortly after the game, Coach Sakahara called everyone over, praised, affirmed, and comforted the players one by one, and kept saying, “Thank you for bringing me here”, “This is Koshien, don’t bow your head, don’t dejected”…

At the last moment of these struggles, the players who had just finished crying began to burst into tears one by one.

Coach Sakahara is comforting and thanking the players

At the closing ceremony of Jiaziyuan, when the representative of the referee spoke, he did not hesitate to praise Shimonoseki International: “In this era, we always pay attention to those star players unconsciously. But Shimonoseki International High School taught again. One of our things is more important than the strength of the individual, but the strength of the team.”

What if there are no star players? Although Shimonoseki International did not win the championship, they are definitely the most dazzling team in Koshien this year. They, who were once teased as “Shaved Ice International”, will be remembered by all Koshien baseball fans for the legend and emotion they created at Koshien this year.

This article is reprinted from: https://www.yystv.cn/p/9643
This site is for inclusion only, and the copyright belongs to the original author.