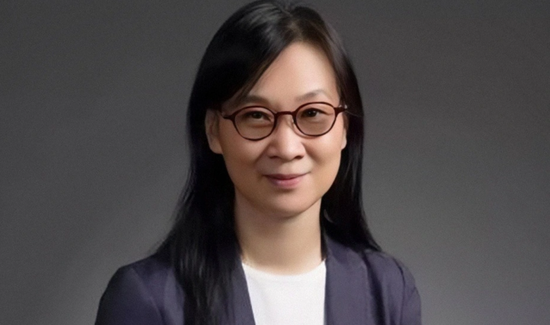 In general, the exaggerated contribution to Huawei and the fake doctoral degree are not the root of Chen Chunhua’s plight today. The most fundamental problem is that Chen Chunhua herself has no substantial achievements in academics, is full of loopholes in her profession, and at the same time over-packages herself in marketing, and is too greedy in seeking commercial interests, but enjoys far more than her personal ability, conduct and behavior. The huge fame and fortune created by the value go against the public’s expectations for a scholar and professor.

Although there are many loopholes, Chen Chunhua still did not give up the final defense.

Yesterday, Chen Chunhua published an open letter to readers on her personal WeChat account “Spring Blossoms”. In this open letter, Chen Chunhua defended the outside world’s doubts about her “exaggerated contribution to Huawei” and “falsification of doctoral degrees”.

From the content of this open letter, we can clearly feel that Chen Chunhua has not realized her real problem at all. Neither the “Huawei scandal” nor “doctoral fraud” is the core problem of Chen Chunhua, but the result of the problem.

There are three real core problems of Chen Chunhua:

First, Chen Chunhua has not achieved any substantial academic achievements, but has gained a reputation that is seriously inconsistent with her achievements.

The common feeling of many people about Chen Chunhua is that if they try to recall even one of her memorable management insights, they will hardly come up with it. But on the Internet, exaggerated language such as “Chinese Drucker”, “Legendary Woman” and “The First Person in Management” appeared intensively.

This kind of exaggeration will make many professionals feel great discomfort. For example, among these exaggerated propaganda, I especially find it extremely absurd when I see the “Chinese Drucker” statement about Chen Chun’s flower crown. Anyone who is familiar with Drucker will know that Mr. Drucker learned to be rich in five cars when he was young, and he wrote books in his life. He not only created the discipline of management, but also has profound attainments in the fields of sociology and political science. A true “master of masters”. There is a world of difference between Chen Chunhua and Drucker in their professional levels. To call Chen Chunhua “China’s Drucker” is not only a blasphemy to the deceased Mr. Drucker, but also a kind of insult to the Chinese management community. insult. This is also an important reason why in academia, almost no senior scholar came out to support Chen Chunhua.

For example, the author strongly disagrees with the view of “discontinuous growth and exponential growth” advocated by Chen Chunhua for a long time in recent years, such as:

“There is no such thing as big or small, only fast and slow. If you are still talking about the size of your business today, it will definitely be eliminated.”

“The dangerous phenomenon is that many companies are still following the logic of the industrial age, which is continuous and predictable linear thinking. We can’t stay in the thinking of predicting continuity and linearity, but collide data, collaboration, intelligence and other elements. Together, we reconstruct the structure of business systems and bring about discontinuous, unpredictable nonlinear thinking.”

These views of Chen Chunhua came from a large number of abnormal growth companies that were spawned by capital at that time. For example, Luckin, LeTV, Mobike, and ofo, which were once short-lived companies, are all cases often cited by Chen Chunhua.

Corresponding to Chen Chunhua’s view, the famous American management guru Jim Collins has an almost opposite view of the “20-mile rule” in his book “Choose Excellence”. Jim Collins believes that companies that ultimately achieve great success do not pursue absolute high growth in a certain period, but maintain a high degree of discipline for uniform growth. Excessive high growth will not be pursued in the boom period, and the pursuit of reasonable growth will not be abandoned in the depression period.

Why did Chen Chunhua and Jim Collins come to two completely different views? The root is that Chen Chunhua’s point of view is based on an intuitive judgment based on a superficial understanding of corporate appearance, while Jim Collins’s insight is based on years of empirical research. Before “Choosing Excellence”, Jim Collins also created three business classics, “Building to Last”, “From Good to Great” and “Reinventing Excellence”, each of which was created by his team through years of empirical research. results.

Acting on the real business world, Chen Chunhua’s “discontinuous growth” theory is undoubtedly harmful. Experts who really have in-depth research on business will clearly realize that continuous linear growth is the basic law of business. Exponential growth of business is hard to come by, and many superficial exponential growth is actually behind the outside world. Less than many years of ability precipitation. If too many entrepreneurs are led to pursue exponential growth, this will lead to the impetuous atmosphere of blind pursuit of speed and scale in the Chinese business community.

Later facts also proved that many exponentially growing companies mentioned by Chen Chunhua had huge problems, which also caused the public to question why Chen Chunhua, who has always been regarded as a management expert, was encountering Luckin, LeTV, When companies such as Mobike and ofo were unconventional, they did not show the professional judgment that an expert should have. And Jim Collins’ “20-mile rule” is undoubtedly a time-honored truth, which can really give entrepreneurs truly valuable action guidance. The gap between Chen Chunhua and Jim Collins is also the real gap between a fake master and a real master.

It is reported that Chen Chunhua has registered a number of companies, and these companies generate business income of up to 100 million yuan each year around her personal IP, and a large number of book publishers and training consulting institutions are also bound in this business chain. We have seen a lot of articles falsely advocating Chen Chunhua, most of which are products of Chen Chunhua’s business chain. As the biggest beneficiary, it is difficult for Chen Chunhua to completely distance himself from these articles.

If it is a pure businessman who is too greedy in seeking commercial interests, it is not easy to be noticed, but Chen Chunhua, as a well-known professor of Peking University, the public has a “literate” expectation for her. However, when he spends a lot of time attending various business occasions and earning a lot of appearance fees, how can he still have the energy to do professional research and teach and educate people, and he can no longer maintain the neutrality and objectivity of a scholar.

For example, Wu Xiaobo, another business internet celebrity, has also been questioned. In the early days, thanks to works such as “The Big Loss” and “30 Years of Turmoil”, Wu Xiaobo also won a good reputation. However, in the later period, he went around and stood for various enterprises that could not stand scrutiny. In the end, he continued to be questioned and fell behind. He gained a reputation as a “second-rate literati, third-rate businessman”.

The above three problems are the three most fundamental problems in Chen Chunhua. These deep-seated problems have spawned many articles on the Internet that exaggerate the facts, causing interference to Huawei, and then bringing Huawei’s unceremonious official statement.

Huawei’s official statement made Chen Chunhua out of the business circle and became a hot social figure, which led netizens to discover that Chen Chunhua’s doctoral degree was fake. The fake doctoral degree has caused the public to question his professionalism and commercial hype in the early stage, and expanded to question whether he has the qualifications to be a professor, which shakes Chen Chunhua’s most basic survival as a university teacher. In the end, Peking University launched an investigation into Chen Chunhua, and Chen Chunhua was forced to apply for resignation, and the employment contract was suspended.

Therefore, in general, the exaggeration of his contribution to Huawei and the fraud of his doctoral degree are not the root of Chen Chunhua’s predicament today. The most fundamental problem is that Chen Chunhua herself has no substantial achievements in academics, is full of loopholes in her profession, and at the same time over-packages herself in marketing, and is too greedy in seeking commercial interests, but enjoys far more than her personal ability, conduct and behavior. The huge fame and fortune created by value violates the public’s expectations for a scholar and professor.

“If you don’t match your virtues, you will suffer disaster.” In the current environment of extremely transparent public opinion, if a celebrity meets the above-mentioned conditions, it will be inevitable to be ruined. Although there are some friends who have a good personal relationship with Chen Chunhua and hold injustice for Chen Chunhua, in fact, Chen Chunhua is not wronged. Maybe in daily communication he is a kind person with good personal morals, but from the perspective of a public figure, the current result is that he is not worthy of his name, but he has won the Peking University chair and earned hundreds of millions of dollars. cost.

In addition, from the perspective of solving the problem, Chen Chunhua actually does not need to make a public statement to defend herself. Because all the justifications have become empty and powerless in the face of their own core issues, and will only cause new waves in the field of public opinion. At this time, what Chen Chunhua should do is to face up to her core issues, seriously reflect, and calm down to do real high-quality professional research, and re-prove herself with future professional achievements. If Chen Chunhua can’t face up to her own problems, but also hopes to restore her reputation by defending herself, giving public speeches again with great fanfare, and seeking commercial interests for the company’s platform, she will never be able to regain her dignity for herself.

But it is clear that Chen Chunhua is still living in her own fictional world and has not jumped out. At the end of the open letter, she seems to be a high-level management expert to teach Chinese entrepreneurs, “I hope Chinese enterprises can rise and become stronger together with the country. , the research oriented to the management practice of Chinese enterprises will continue to develop and achieve due value.”

But the fact is that many Chinese companies have already created huge and widely recognized value for China’s management practices, while Chen Chunhua not only did not create any value, but on the contrary damaged the reputation of the entire management academic community in China.

This article is reproduced from: http://finance.sina.com.cn/tech/csj/2022-08-04/doc-imizirav6669156.shtml
This site is for inclusion only, and the copyright belongs to the original author.