1. The shutdown of “Computer World” is an epoch-making event. At first
IDG started investing in the “Computer World” publishing company, bringing the concept of “venture capital” to the IT industry, and Xiong Xiaoge has also become China’s VC godfather.

at IDG
With the investment support of VC, China has an interesting life with Tencent, Baidu, Sohu, Ctrip, Home Inn, Kingdee, Hanting… and various publications including “Computer World” and “Fashion”. 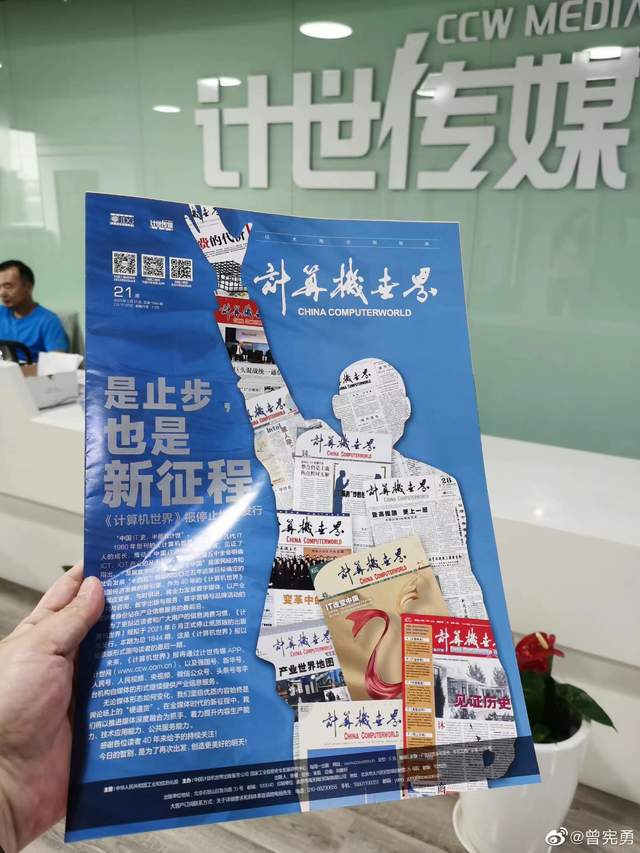 2. “Computer World”, “China Computer News” and “Computer Business” are the three major newspapers in the IT industry, which belong to channel newspapers, that is, the media favored by manufacturers.

The main readers of these media are major customers in the industry, as well as the manufacturers themselves, so the advertising revenue is very rich, and reporters can concentrate on writing and write good manuscripts. My teacher Liu Ren wrote the series “Heroes of Knowledge” in “Computer World”.

The vendor-supported Computer World Publishing Group reached the pinnacle of its business in the magazine IT Manager World.

3. “Computer News”, “Popular Software” and “Home Computer and Game Consoles” are the three major IT newspapers and periodicals facing consumers at the same time.

The main readers of these media are subscription readers, and it is difficult to gain the favor of large brands and enterprises, so the content is more solid. Since the establishment of “Computer News”, “Computer World” and “China Computer News” have gradually become “cushion paper” with more advertisement pages than content pages, and the income from selling waste paper is greater than the subscription price.

However, the system of publishing companies was not designed for the Internet age after all.

5. In addition to the official newspapers, other flat paper media will have the same ending.

No regrets, this is the start of a new journey!

This article is reproduced from: http://blog.sina.com.cn/s/blog_5937f90e0102zs9n.html
This site is for inclusion only, and the copyright belongs to the original author.