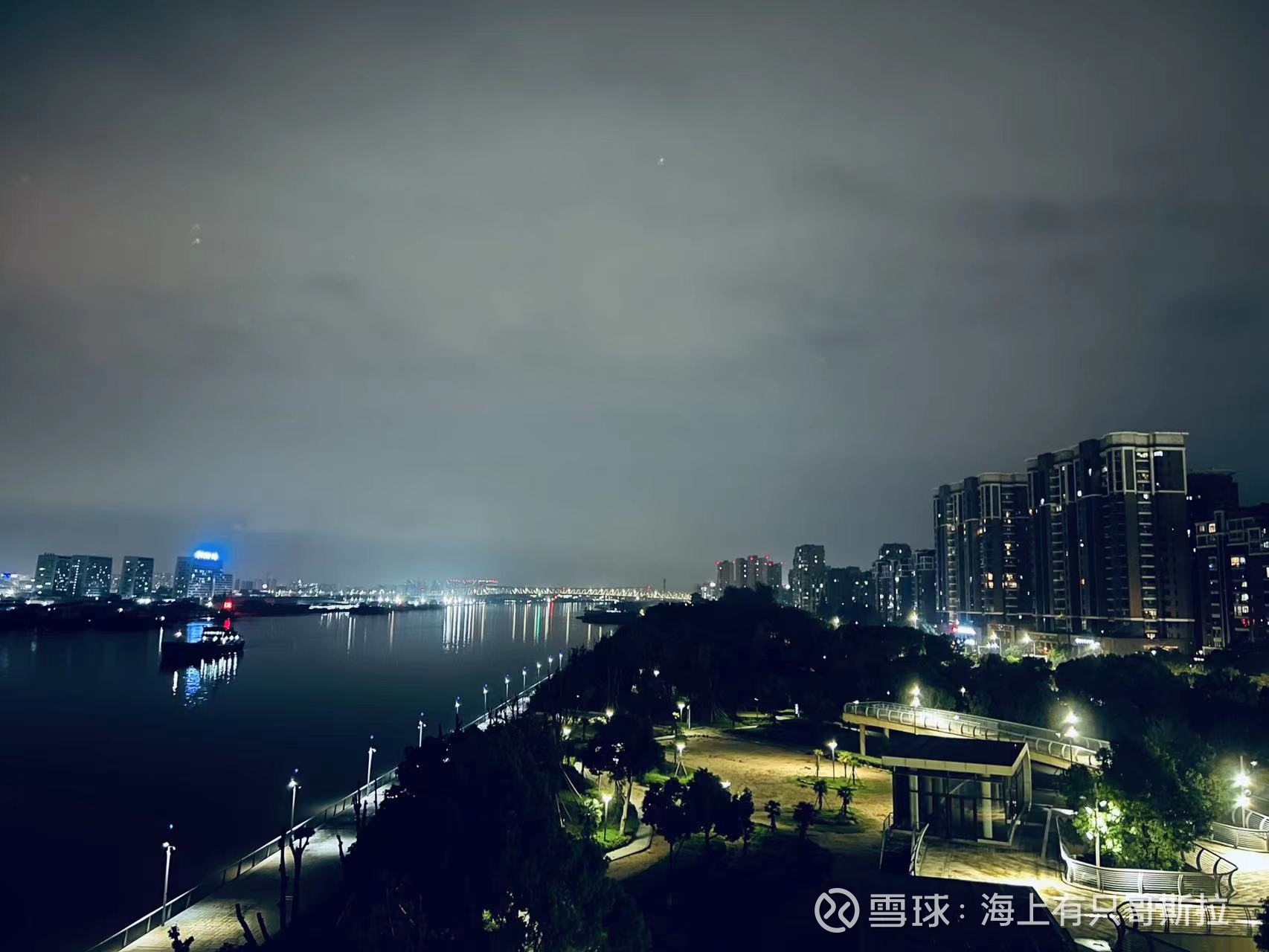 I have recently become obsessed with photography, and the world captured by the lens is more colorful and charming than what the naked eye can see. The illustrations do not have much connection with the ideas expressed in the main body of the article, and I just share with you the night in the port city of Ningbo, which was just swept away by the typhoon. The bright edge is the end of the river, the entrance of the sea, and the starting point of the sea of ​​stars. A whistle like an old cow can be heard faintly. 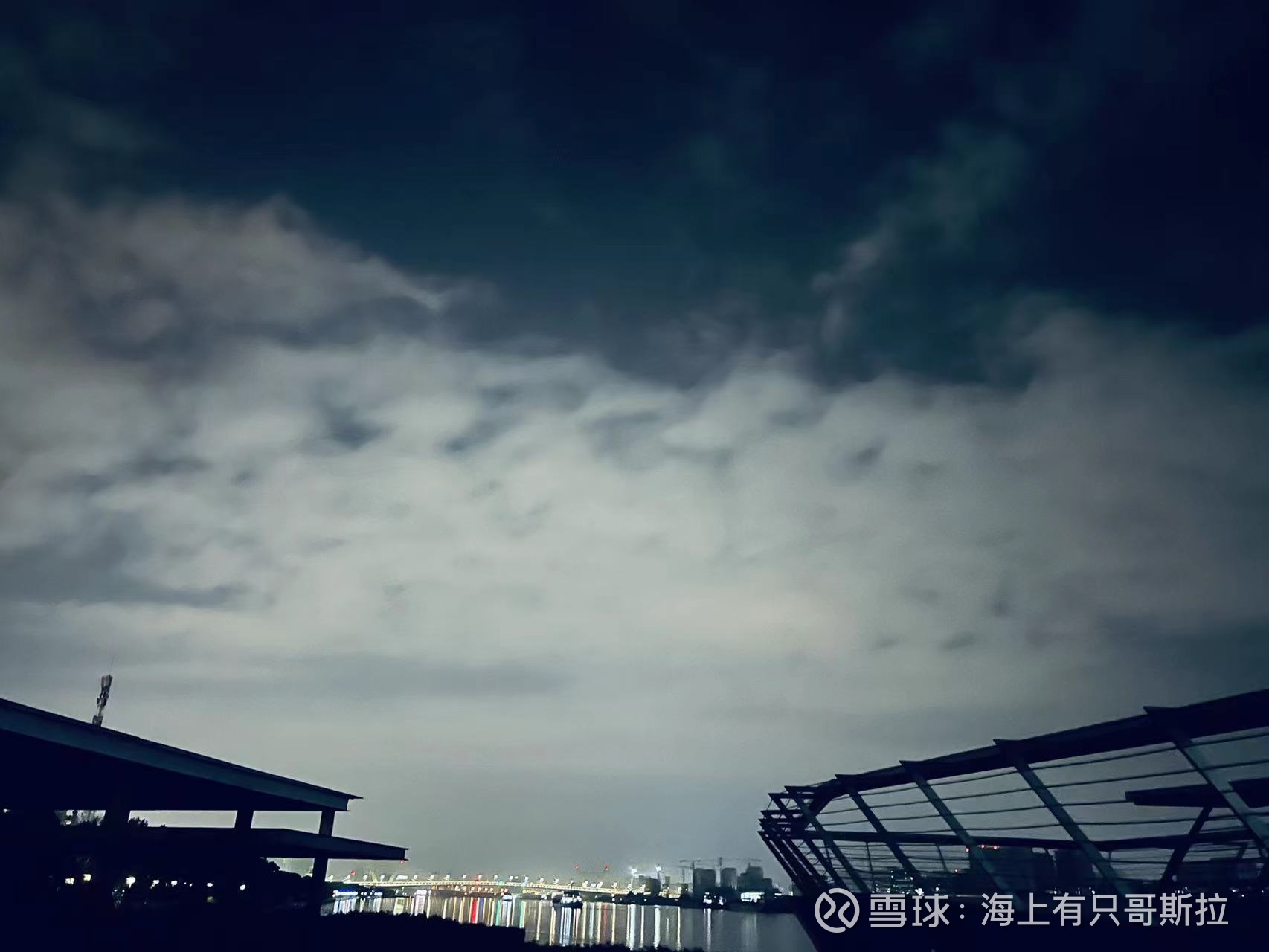 1. Market attributes of the collection industry

In the past two years, we have heard too many stories about the three major alliances, and too many legends about the proportion of 82% of the alliance’s transportation capacity. In the end, we still cannot avoid the selfish moths in the fortress and the tigers who are crawling on the wall. lurker. The freight rate can indeed spark a prairie fire, like a hot pot boiling oil, or it can fall from the smallest piece like a domino effect until the corpses are everywhere and the blood is pouring.

Facts have proved that the three major alliances are not a real actor, there is no clear talker, and it does not reflect the industry pricing power that should be in the oligopolistic market, even if it is the main line transportation with active control, even if it can unanimously make the suspension. decision, but the freight rate is still dominated by very small shipping companies. Price wars are a ruthless tactic at the bottom of a cycle in a perfectly competitive market, killing your peers to ensure a bigger market share at the start of the next cycle.

It has to be admitted that no matter how many “marriages” and “burials” it has experienced, the entire market form is still stuck in the primary form of a perfectly competitive market after decades of development. Even if Maersk, Hapag-Lloyd, CMA CGM, and Haikong, as leading airlines, continue to acquire logistics, acquire air transport, and acquire railways, continue to extend to both ends, and strive to realize the possibility of end-to-end services, they are unable to change The trend of this round of container transportation cycle. Not to mention that pig teammates like the Mediterranean Sea, Yixing, Evergreen, and Wanhai invest heavily in shipbuilding, new ships enter the water, and their own wharf resources are just adding weight to the opponent’s dimensionality reduction from the cost side. Maybe apart from us, no one wants the container shipping industry to grow into a real oligarchic market. Import and export companies will not agree, and many governments will not agree. After all, running a terminal is running a terminal, and container transport is always serving for economic development. , just like the donkey that followed Napoleon’s battle for decades is still a donkey, and will not be promoted to commander and dominate the host.

Because of the epidemic, because of disputes, because of a series of causal emergencies, the entire world’s economic prosperity and recession cycle has been disrupted, and every day has become an uncertain day of laying down guns. Consolidation, which is attached to the major cycle of the world economy, is becoming more and more elusive. The off-season is not weak, the peak season is not prosperous, and it will face earthquakes and tsunamis at any time. 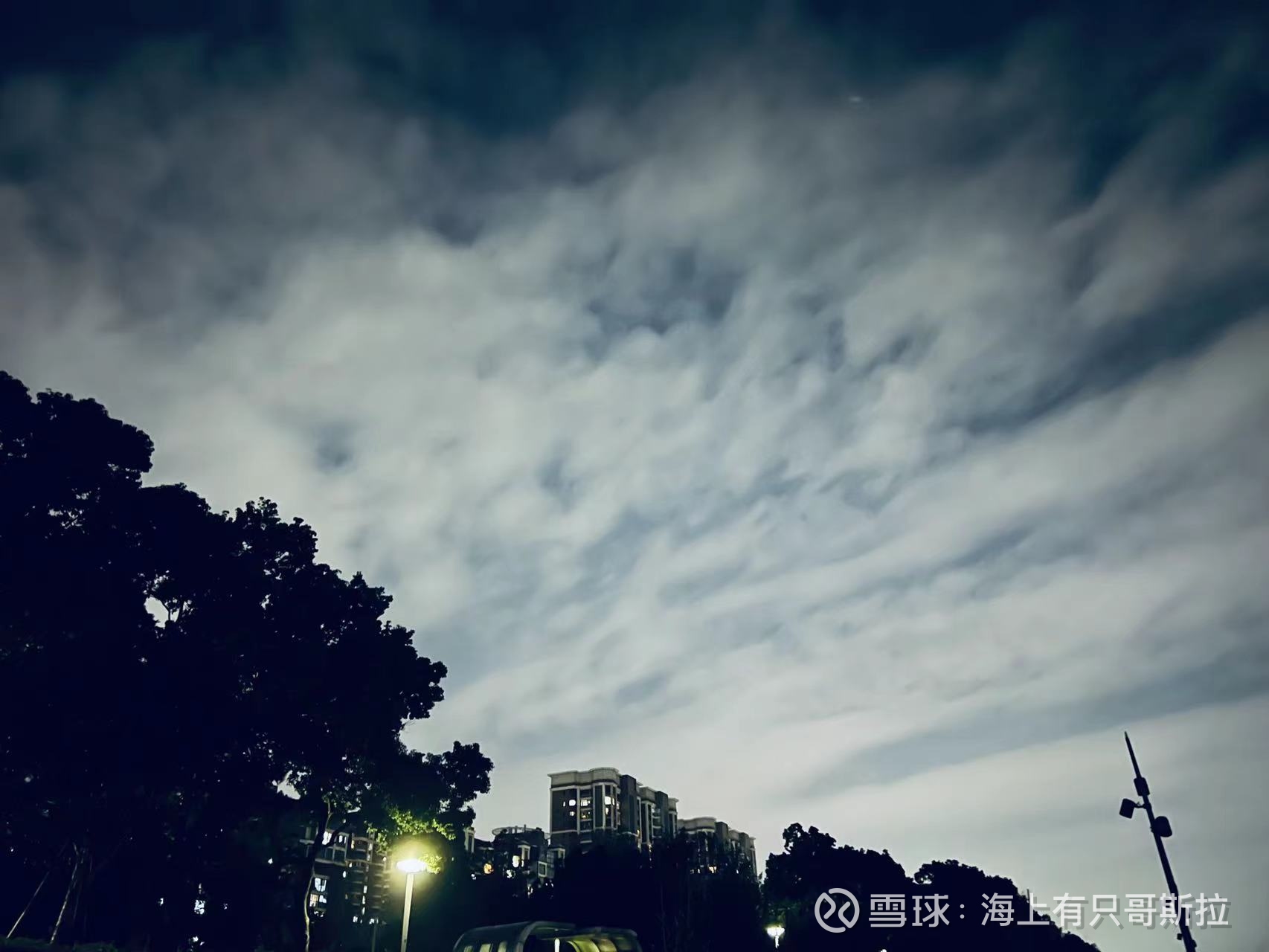 If it is admitted that the container shipping is still in the primary form of the perfectly competitive market, then the three major alliances will stop shipping and insure the price is a conservative attitude of treating the symptoms but not the root cause, and letting loose and appeasement. Chong, your kindness has instead given them a buffer time to linger and do bad things. Because no one will admit their mistakes easily, and no one will quit easily, especially those players who chartered boats at high prices last year, looking at the empty chartering market, looking at the 3-5 year charter on the order, how crazy last year was, How desperate now.

What is the end? Forcing cross-border players to dare not go into troubled waters again in this life, no longer envious of excess returns, forcing airlines with a high proportion of chartering ships to a cliff, forcing them to sell equity, and even leading companies are beginning to consider old ship dismantling. Solution, and even a few more disappearing from the list of the top ten airlines may be the end of this round of shuffling. I wrote a long time ago why there is no repurchase action, and the event itself is far away like a legend. Maybe the stock price rises to the twenties or even the thirties, and the possibility of this action happening will be much greater. But for now, after breaking new lows, it’s even more of a no-brainer. Except for us, no one cares about the stock price, and no one cares about the return of value. The repurchase itself is more from the operation of equity. The worse the economic situation is, the more senior management of Haikong will pay attention to the effect of entity operation, and the more senior management of the country will pay more attention to the tax payment in the current year. The market value of stocks is just paper gold, and value investing is just a spark that belongs to us. Goodbye logistics, goodbye supply chain, from being married to a nominal wife, maybe it will be a few years later, and another banquet will be held. 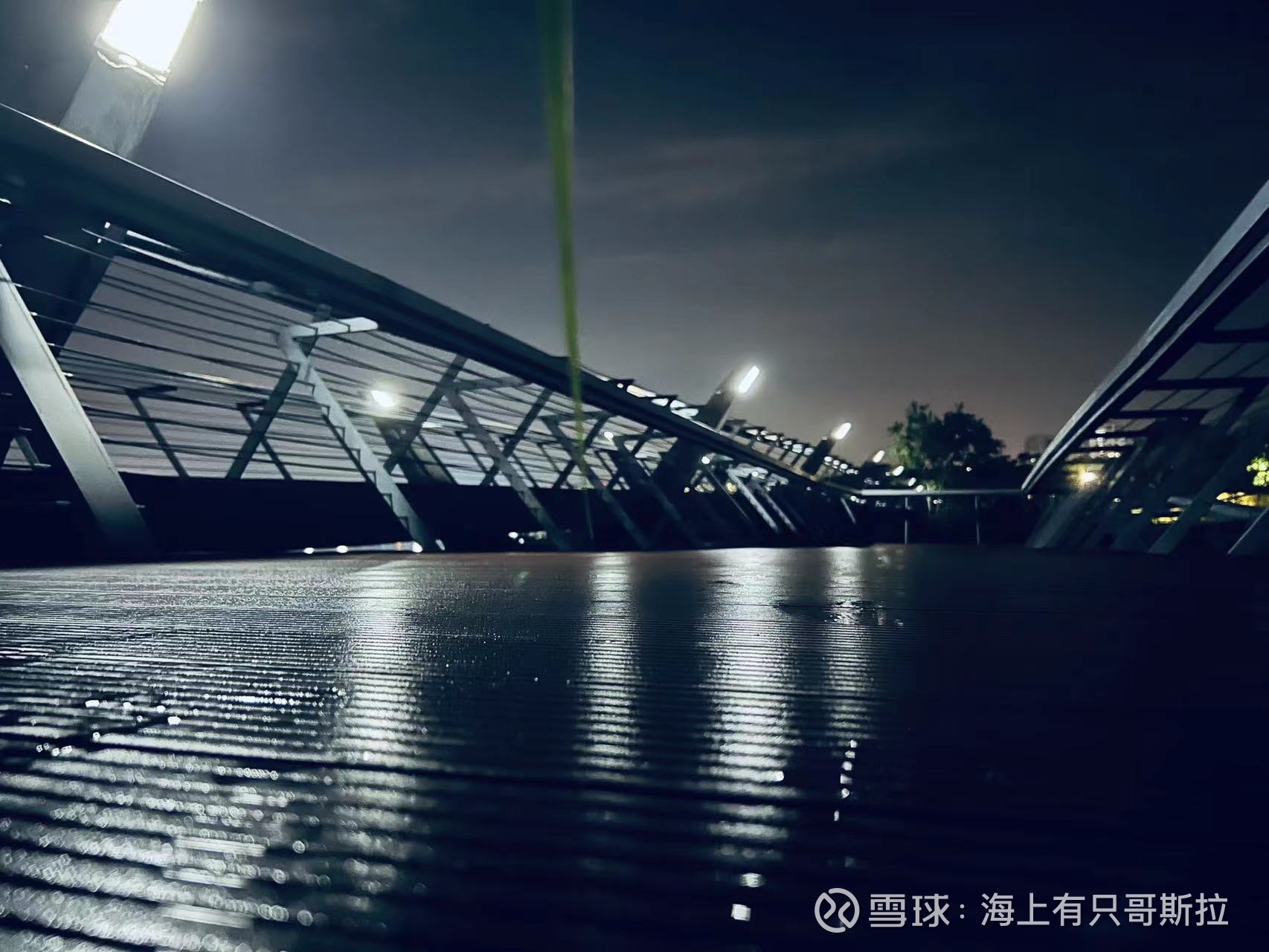 The Future of Consolidation

1. The direction of the global economy

Last year, we talked more about the inhibitory effect of the epidemic on global supply and demand. Now that we have come to the post-epidemic era, we have adapted to long-term coexistence, but we have to face the pressure of global inflation and the face of Maozi. And the four provocations of the beautiful country. In today’s era, comprehensive competitiveness has completed the transformation from farming to industrialization. Disputes are no longer for territorial expansion, but for a devastating blow to the productivity of the other party, in order to gain more dominance in the future exchange of interests. The dispute itself is not scary, what is scary is the long siege of economic sanctions that ensues. Hardness is important, but relying on self-reliance by tightening the belt is no longer suitable for the objective requirements of today’s economic development.

Europe has rejected Maozi’s oil and natural gas very stubbornly, killed one thousand enemies and lost eight hundred, firmly stood side by side with “urinary incontinence”, and the skyrocketing cost of electricity and gas has turned itself into a the second battlefield. In Europe, which has no mineral resources, the labor cost and the manufacturing cost have reached the marginal maximum, so they can only helplessly give up the industry, and others will still benefit. Who is this other? It is a beautiful country with supremacy of hegemony, or the Oriental Dragon on the other side of the ocean.

The oceans are connected. As I wrote before, no matter how the world economic center changes, the global trade volume is always growing steadily. Wherever the factory moves, it needs to sell the produced goods. As long as there are In the international division of labor, there is an unbalanced distribution of resources and differences in technical levels, and international trade cannot be interrupted.

Shipping is an important part of international trade. About 80% of the world’s trade volume and more than 70% of the trade volume are completed by sea transportation; whether the current inflation peaks or not, and how long it will last, it just happens once again and shifts the world economy. The possibility of the center, every round of international trade prosperity in the past few decades has been accompanied by the discovery and migration of new “world factories”, and the huge trade volume attached to this process often becomes a way for new shipping companies to break the old pattern and reshape their share. Beneficial weapon.

2. The future of container shipping

The transfer of the World Trade Center and the change of the trade pattern are destined to be accompanied by a violent chemical reaction within the container shipping industry. The decline in freight rates will assess the quality of the airline’s assets. Who can survive in the end will also have to reveal the answer. The IMO environmental protection policy to be implemented next year will gradually show the advantages of new ships after they are launched. The slowdown of old ships will no longer adapt to the fast-paced cross-border e-commerce development. Maybe after a few years, some names will be forgotten. Maybe in the next cycle At the beginning of the industry, this industry is no longer called container shipping, and perhaps this process will bring more pains.

But after a few years, Haikong, which has an absolute cost advantage, will definitely survive and will appear in another face. At that time, will you regret the hasty decision made by today’s emotions.

It’s just that this waiting process will be panic, it will be long, and it will be very tiring, but if the end comes, this is the only certainty.

I will no longer be sentimental, and I will no longer hold back. As long as I make sure that there is still light at the end of the road, I will insist on walking on, no matter whether the road is empty or not.

This topic has 74 discussions in Snowball, click to view.
Snowball is an investor’s social network, and smart investors are here.
Click to download Snowball mobile client http://xueqiu.com/xz ]]>