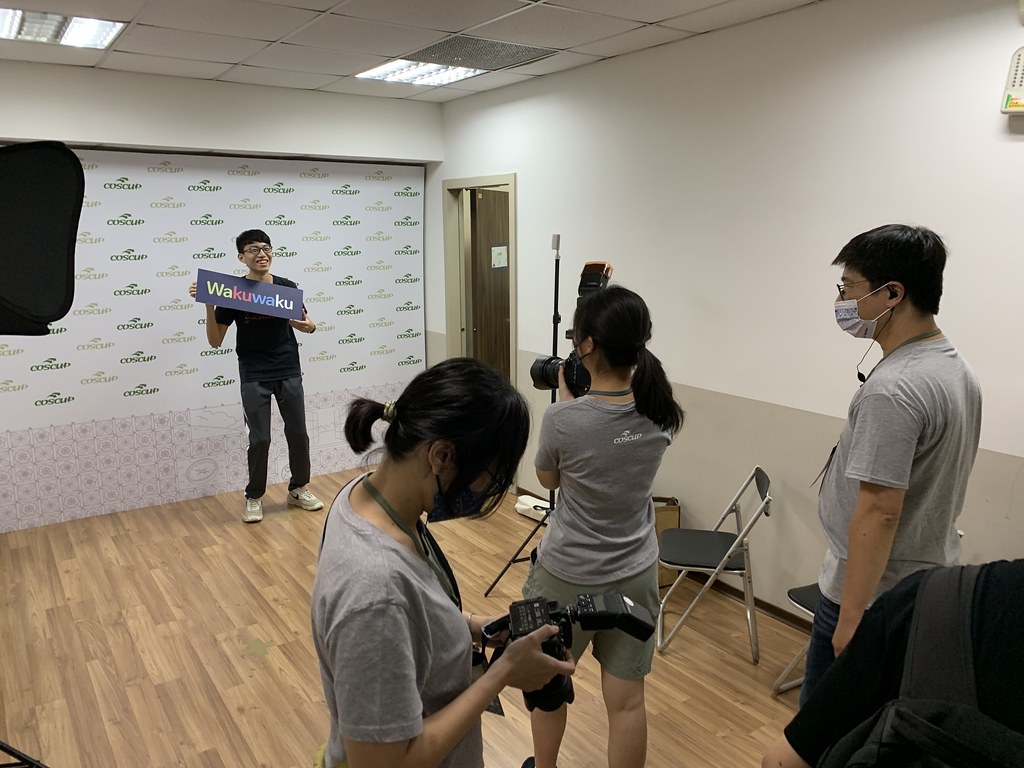 (The photo is this year’s new stuff, the image photo of the record group)

This year, COSCUP resumed its physical activities, and the fate between me and my manuscript has finally come (if you come to listen, you will know that I have waited for the fate to wait for two years), so this year is rare after the child is born. There are manuscripts that can be submitted. , I was lucky enough to vote, so I participated in the first day of the event. I visually estimated that the crowd at this year’s event was similar to that of previous years. Later, the official announced the number of bright tone very quickly in the evening, and there were also 13,400 data. , and a third of them are unwilling to participate in the questionnaire, so there should be more than 2,000 people who have opened the questionnaire alone.

My sharing time is two o’clock in the afternoon. I didn’t arrive at the venue until about 10:30 in the morning. I first went to Moss to buy a cup of black tea, and then I met the vegetable bones that were soaked in the rain at the party the night before last night in the check-in area at the door. First go to the booth area, chat with Irvin at the MozTW booth, and meet Ett and RJ, and then meet the Prime Minister and some new friends of the record team in the image photo (this year’s new thing in the record group) area. (Ada and the other one didn’t remember the name), took some COSCUP image photos, and met Bob, Harvey, and sunset. Here I want to clarify the topic first, that is, I am often mistaken for being the COSCUP record team leader. , but it didn’t. In one year, Bob asked me about my wishes. That year I wanted to graduate from graduate school, so I gave up after thinking about it. As a result, in the same year, I later took over the record team leader of other events, because I was still Abandoned the year to graduate…

After that, I went to buy a batch of COSCUP souvenirs, and then I took some snacks from the booth area to go home to the children, and then I shook around and found that it was almost twelve o’clock, and I was a little hungry, so I quickly went for food, not unexpectedly. I had an explosion, so I went to a meal and ordered something that could be eaten quickly. After a quick solution, I returned to the venue, and then chatted with a student from the National Taiwan University club for a while, and met Daisuke, Trista, Singing, etc. Man, when it was almost one o’clock, I decided to go to the classroom to rest and wait. On the way, I happened to pass the OCF booth to say hello to Rock and Max, and then I also watched the open source Xingshou Village board game, and there was a friend at the OCF booth (it should be OCF Intern) said that he had visited my Dongsen Island before, and then I went to the classroom to sit and take a rest, and then it was Max’s sharing session. The topic he shared was Open Source Software and Community – Participating in International Community Experience Talk , was my previous session.

In fact, even now, it is still a little difficult for me to resume my role as a pure congregation. When I arrive at the venue, I think about walking around. It is a little difficult to calm down and listen to others’ sharing. It is a little difficult to even arrange the topics I want to hear. The sequelae of the second volunteer, listening to Max ’s sharing this year is a rare experience in recent years that I can really calm down and become a serious audience. I must say that this is really fate. If it wasn’t just before me, I would have I won’t be able to sit still and listen, and it’s fine if I don’t listen. After listening, I found that there are many places in the content that echo what I want to say in the topic part, and even what I want to express but I don’t clearly write it out.

In short, it was changed to me to share. I have practiced several times this year, and I found that the time was a little short, so some details were missed during the actual sharing. Here I just list them:

In fact, when I share the speech, my brain doesn’t feel like thinking, it’s like an intuitive reflex, so I can’t control and adjust it temporarily. I can only wait and see if these gaps can be filled when I write a written record. On, attach the shared slideshow :

In addition to the omissions, it is a pity that the projection resolution is not enough. Because of the animation of one of my slides (the discussion thread on the SPDX side), I chose to use my own computer, but in order to cooperate with the conference The resolution of the projection at the scene is a bit low, which is embarrassing for the audience at the scene. I hope the video part can be watched normally. In fact, in retrospect, maybe I can choose the output resolution test to see it, but I don’t know. There was no support for that capture device, I was a little hurried and ignored it at the time.

After the sharing, I went to buy a cup of nitro coffee and quickly stopped work and went home. Later, I mentioned “the ability to see problems” on Baiqiang’s FB. I thought that I did realize this before, but I realized The thing is, compared to people who don’t usually share (writing articles or speeches), it is really easy for me to know which of my experiences (work, life, interests) can be combined into a theme, maybe It can be written as an article, or it may be submitted for sharing, but this ability itself does not seem to be so easy to share with novices.

This article is reproduced from: https://blog.othree.net/log/2022/07/31/coscup-2022/
This site is for inclusion only, and the copyright belongs to the original author.