The rise of the Internet has made online video one of the main ways of people’s daily entertainment. The online video industry has also developed rapidly, and competition among major platforms is fierce. Among them, the long video platform Youku won the early industry competition and became the first independent listed company in the industry.

Regrettably, Youku soon lost its halo of being the first in the industry and went downhill. After being overtaken by long-term video platforms such as main competitors iQiyi and Tencent Video, it was overtaken by video website B Station, and even lost to Mango TV, losing its leading position in the industry. The popular short video platforms represented by Douyin and Kuaishou are also opening up the medium and long-term video field, and Youku’s living space has been compressed again.

From being the first in the industry to the current decline, Youku’s development process from excellent to mediocre along the way is unavoidable. Industry competition is still intensifying, while Youku’s development lags and poor user experience remain unresolved. In the future, will Youku be able to reverse the decline and return to the leading position in the industry, or will it continue to decline and be eliminated by the industry? The answer is up for consideration.

The industry is a red sea, and the development of Youku lags behind

In contrast, Youku has given a performance of contentment with the status quo. On the one hand, unlike Tencent Video’s super traffic and iQiyi’s many hit dramas, Youku has always lacked hits and high-quality output. In the past two years, it has just caused a splash by virtue of delaying the drama, and was forced to be removed from the shelves due to the scandal of the protagonist. On the other hand, as a comprehensive video platform, Youku does not have the unique local attribute advantage of Mango TV. In other words, Youku has always had a mediocre response in the user market, and its development has lagged behind. 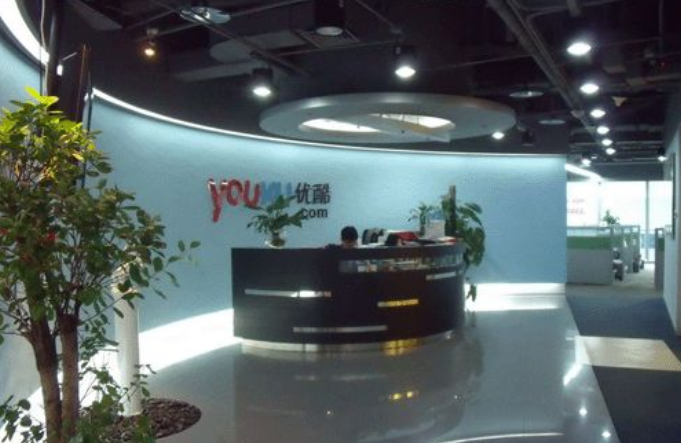 The ordinary performance in the user market is also fully mapped to Youku’s revenue data. According to the second quarter 2022 financial report released by Alibaba Group recently, the total revenue of Alibaba’s digital media and entertainment division to which Youku belongs will decline by 10% year-on-year in 2021. The proportion of revenue decline is still relatively high, and this is also the fifth consecutive quarter of Youku’s loss.

Compared with the main competition platform of long video platform, Youku has shown obvious development lag. However, in the online video industry, Youku still needs to face threats from all directions. Take Bilibili as an example, taking “playing stalks” as a breakthrough. In recent years, Bilibili is seizing the market with its innovative video creation content platform image, and has carved up a large number of young users from platforms such as Youku. By the end of 2021, the daily active users of station B will directly exceed 65 million, surpassing Youku to become the third largest long video platform in my country.

Misfortunes do not come singly. While station B poses a serious threat to the development of Youku, popular short video platforms such as Douyin and Kuaishou are also attacking the medium and long video field. Specifically, the Douyin video recording duration has been released from the initial 15 seconds to 15 minutes, and Kuaishou has released the duration to 10 minutes, and launched the video APP. With the powerful traffic pool behind Douyin and Kuaishou, once you make up your mind to hit the long video field, you will have the strength to compete with Youku.

Of course, Youku has also noticed the current situation of the industry, and it has begun to develop short videos in the past two years. Enter the game by placing a short video interface on the homepage, opening an UP topic page, and a discussion area. However, in response to Youku’s actions, Feng Technology also pointedly pointed out: “Video applications that are not even cut out from the short video business are not qualified to be called ‘entering short videos'”.

In general, the current Youku has long lost its reputation as the first in the industry. Compared with mainstream long-form video platforms, Youku lacks differentiated advantages and lags behind in development. At the same time, Youku, which has already been exhausted in the long video competition, may not be able to enter the short video field again. I hope that Youku can continue to innovate and optimize in the future, actively create popular models, and reverse the development trend as soon as possible.

Looking into the reasons behind the decline in the attractiveness of Youku users, a large part is that the user experience that Youku brings to users is getting worse and worse. The most obvious manifestation is that Youku has frequently caused heated discussions due to the issue of membership rights. In July of this year, Youku was scolded on the hot search for “casting and then charging”.

A large number of users reported that after they have recharged Youku VIP members, they still need to open a TV-side member “Cool Meow VIP” for 12 yuan per month if they want to watch movies on the screen. In this regard, users expressed strong dissatisfaction, believing that Youku has no right to interfere with consumers’ right to choose playback devices. So far, Youku has only understated a few responses. Users did not buy into the response, and online complaints continued. Negative comments such as “rogue software”, “mandatory charging”, and “unsightly food” continued to ferment.

Coincidentally, in April this year, Youku membership activities were also questioned by paying users. For the 23rd and 24th episodes of Youku’s drama “My Name is Zhao Jiadi”, on the basis of opening membership, it is necessary to invite 5 additional friends to participate in “assistance” to explain viewing rights. This assistance rule also makes most consumers very dissatisfied. Users said that it would take a “slash” to open a membership, which really affected the experience, and believed that the platform’s behavior was deceiving consumers.

In addition to the paid membership service, Youku’s advertising time has also been criticized by a large number of users. Ordinary commercials are five to fifteen seconds long, while Youku’s three-minute commercials have become commonplace, and users complain that they have to digest five-minute commercials after watching a one-minute video, which is really tiresome.

As of the end of September, the number of complaints about Youku on the Black Cat Complaint Platform has reached 8,460. Complaints such as “uninformed deductions”, “false propaganda”, “induced consumption”, and “overlord clauses” frequently appear, but the number of replies is only More than one hundred. Most of the user’s problems are ignored, and over time, it is inevitable that more and more users will be chilled. 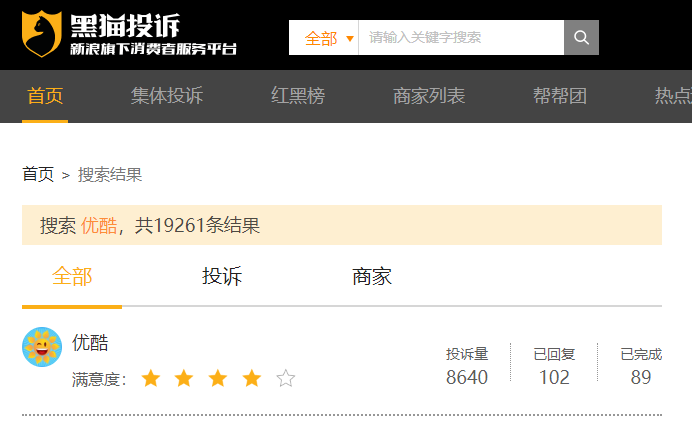 At present, the online video industry tends to be saturated, and all major online video platforms are in the period of in-depth user exploration. In this case, major platforms are upgrading content and services, but Youku is bringing users a worse and worse user experience. If things go on like this, the poor user experience will eventually lead to the further reduction of Youku’s user base.

Of course, it is far more than the poor user experience that has hampered Youku’s development. Chen Duan, director of the China Economic Research Center for Digital Economy, pointed out that the problem of Youku’s lagging development in recent years also comes from the internal operation of the company. In fact, Youku’s internal management has always been a hot issue in the industry.

Youku’s internal personnel turmoil seems to have become the norm. In response to this phenomenon, former Youku executive Wentian pointed out: “Youku’s personnel shuffle again and again, and each time is a new beginning. There is only futile learning without output.” Under the turmoil of personnel, Shen Ran also reported that some people in the industry made a metaphor, “Now Fan Luyuan is like a general who leads troops to fight but has no troops.”

Youku’s main film and television industry has the characteristics of long cycle, high experience requirements, and strong professionalism. Obviously, it is difficult for Youku to continue to cultivate in film and television because of its frequent brain drain and lack of key personnel. This is one of the reasons why Youku is difficult to create popular models and optimize platform services.

Whether it’s a continuously deteriorating user experience or an unimproved internal management problem, Youku is currently in a development predicament of internal and external troubles. High-quality output and services are the key to the long-term development of the platform. I hope Youku can increase user attractiveness as soon as possible, improve internal business problems, and get out of the development dilemma as soon as possible.

From infinite scenery to difficult problems, Youku has taken many detours. At a time when industry competition is intensifying, it is even more like sailing against the current to improve the predicament of lagging development. But as one of the experienced online video platforms, Youku still has the capital and strength to give it a go. In the future, creating differentiated advantages, enhancing user experience, and improving internal operating conditions are all problems that Youku needs to deal with cautiously.

In general, the popularity of the online video industry is both a challenge and an opportunity for Youku. Youku, which has a certain nationality, also has a lot of room for development. It is hoped that in the future, Youku can seize the opportunity, withstand the development pressure of internal and external troubles, and return to the leading position in the industry as soon as possible, which will also bring new surprises to my country’s online video industry.

This article is reproduced from: http://finance.sina.com.cn/tech/csj/2022-10-07/doc-imqmmtha9980216.shtml
This site is for inclusion only, and the copyright belongs to the original author.