The market is waiting with bated breath! At 20:30 Beijing time on Friday, US stocks will usher in overweight inflation data – US May CPI.

Judging from the current market expectations, industry insiders’ specific forecasts for the May CPI data in the United States are as follows:

Notably, a new report from JPMorgan has led to speculation that tonight’s CPI data will prove that inflation is hotter than expected. The bank’s chief economist, Michael Feroli, predicted that the CPI will be higher than widely expected.

Even Sarah House, a senior economist at Wells Fargo, doesn’t expect oil prices to peak, so she doesn’t expect inflation to peak either. She expects the headline CPI to rise 8.4% in May.

Related Reading: U.S. CPI Forecast: Is Inflation Hotter Than Expected? Xiaomo’s prediction caused panic, and the White House also came to “make up for it” 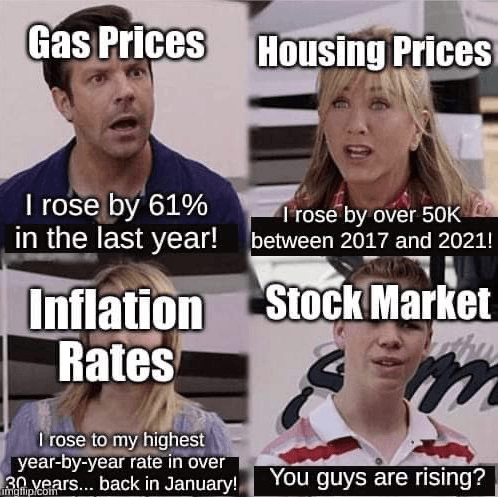 Can U.S. stocks withstand the test tonight? Let’s take a look at the recent US CPI night, how US stocks have performed… For a market worried about inflation, recent reports have offered little comfort to investors, Bespoke noted. Only three of the past 24 months have seen headline CPI below expectations (release dates are June 10, 2020, December 11, 2020, and September 14, 2021).

Ironically, the S&P 500 actually fell on each of those three days. To be fair, though, all three reports came before Powell dropped the word ‘transient’.

What worries the market the most now is that in the last hour of the close last night, the three major U.S. stock indexes collectively staged a sharp dive. Traders are scrambling to act ahead of the CPI report, suggesting that the market seems genuinely concerned that tonight’s CPI numbers may remain high. They prefer to wait and see before the data is released, and then decide on the next strategy after the data is settled.

On the other hand, the White House admits that it is not optimistic about the high inflation situation in the United States. U.S. Treasury Secretary Janet Yellen recently expected inflation to remain high.

We expect headline inflation numbers to pick up and expect some impact on core inflation from the Russia-Ukraine conflict, especially when you factor in the impact of higher airfare and jet fuel prices.

Will the CPI data be as expected this time?

Will US stocks stage a hearty rally tonight?

Or suppressed by inflation data?

What operational strategies have you guys prepared?

Let’s hold your breath together!

This article is reprinted from: https://news.futunn.com/post/16321002?src=3&report_type=market&report_id=207858&futusource=news_headline_list
This site is for inclusion only, and the copyright belongs to the original author.