On August 31, 2022, in order to comply with US government requirements, the news that Nvidia and AMD will suspend sales of high-end GPUs in China began to spread on a large scale in the chip circle. Subsequently, the SEC filing confirmed the news. After the news was confirmed, shares of Nvidia and AMD both fell more than 2% on the day. Leifeng.com 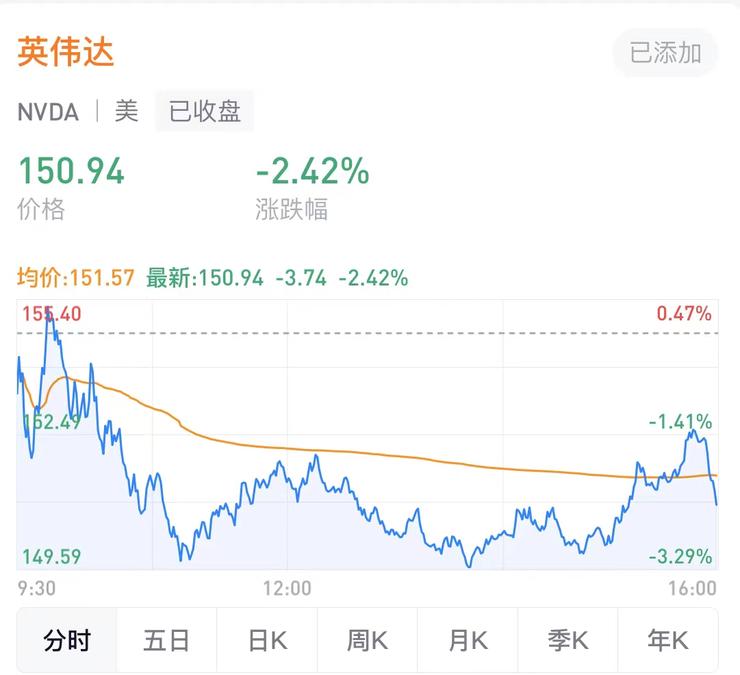 According to information on the official website of the American Stock Exchange, the U.S. government has issued a notice to Nvidia on August 26, requiring Nvidia to implement a new export control requirement for mainland China, Hong Kong, and Russia. The request includes Nvidia’s ban on selling the A100 GPU and upcoming H100 GPU to these companies, effective immediately. 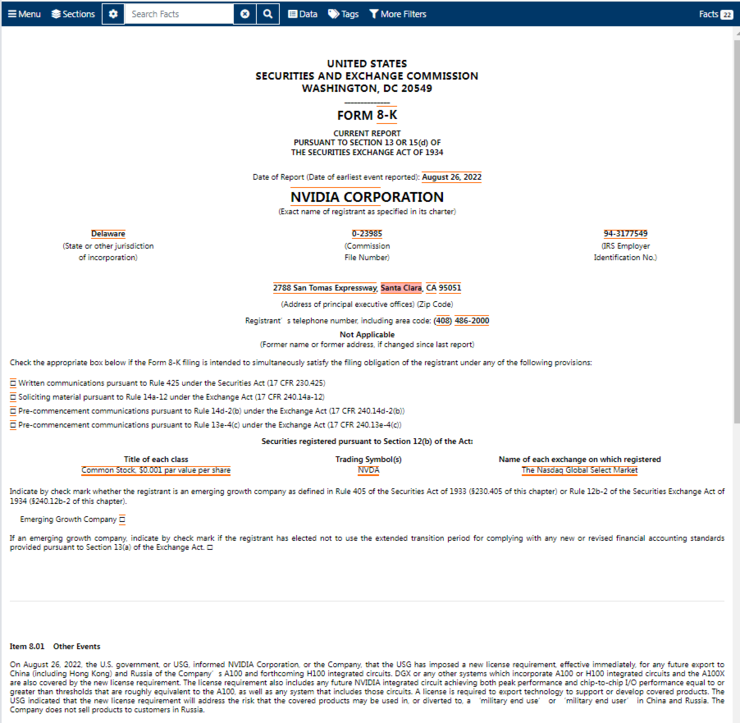 In this regard, Nvidia said that the new licensing requirements may affect Nvidia’s progress in completing H100 development and its ability to support existing A100 customers, and the U.S. government may require Nvidia to transfer certain operations outside of China. Nvidia is negotiating with the U.S. government for waivers for the company’s ongoing internal development and customer support activities.

Currently, Nvidia is reaching out to Chinese customers to understand their needs for future purchases of Nvidia’s data center-related products that are not affected by the new regulations. If customers need to purchase products covered by the restrictions, NVIDIA will seek US government exemptions for the company, but there is no guarantee that the US government will respond in a timely manner and provide any exemptions or licenses for any customer.

Nvidia released its fiscal third-quarter outlook a week ago, and combined with the content of the outlook, the restrictions are expected to affect Nvidia’s potential revenue of about $400 million.

Nvidia’s revenue in the second quarter of this year was $6.7 billion, compared with $7.1 billion in the third quarter of last year, and $400 million accounted for about 5% of Nvidia’s single-quarter revenue. However, NVIDIA has missed expectations for two consecutive quarters of revenue, and the decline in demand for GPUs has also put NVIDIA under greater pressure. The ban will further negatively affect NVIDIA’s revenue.

Rumors in the industry say that the existing stock A100 GPU cards of various server OEMs can still continue to be delivered to their respective customers, but this news has not been confirmed by the OEMs yet.

Yesterday’s rumors pointed out that this time, the sales of high-performance GPU cards were restricted, especially for Chinese HPC’s double-precision high-performance cards. But according to the final document, the biggest impact on the country this time is actually AI.

A number of people in the chip industry told Leifeng.com that this is a combined punch by the United States to comprehensively restrict China’s technological development and slow down China’s development in an all-round way. Lu Guang, who has more than 20 years of experience in the chip industry, said: “The intention of the United States is to slow down China as much as possible.”

An AI chip practitioner analyzed, “The previous restrictions on the sales of EDA in the United States, as well as the combination of semiconductor equipment and wafer foundries, were restricting the development of local basic technologies, including chip technology. Now restricting the sales of NVIDIA and AMD in China is a In hindering the development of China’s application market, this is also a very important market for major chip giants.”

As for the impact of this sales restriction, Lu Guang believes that there are alternatives. For example, two chips from an earlier generation can be used to obtain high performance, or Nvidia can also launch a reduced version for sale in China.

Another industry player also proposed a possible alternative based on NVIDIA GPUs, “NVIDIA does not allow data center customers to use its consumer-grade GeForce graphics cards, but from the perspective of performance, the performance of GeForce RTX 3090Ti can reach about 70% of the performance of A100. , but even at the highest price of 30,000 RTX 3090Ti, the price is only 30% of the A100, if you can use a consumer-grade GPU, it will be more cost-effective.”

But if this happens, it may use cost-effectiveness to “group destroy” China’s AI chip companies.

This sales restriction is a great opportunity for domestic manufacturers.

Lu Guang believes that domestic BAT and other big data manufacturers will be forced to take the road of domestic substitution. The GPUs of Haiguang, Biren, Suiyuan and other manufacturers can functionally replace the demand for NVIDIA GPUs in some markets.

However, at present, there are almost no products that have the opportunity to replace NVIDIA GPUs in China, and they have encountered a relatively large landing challenge. The development of Chinese AI chip companies has a long way to go.

This article is reprinted from: https://www.leiphone.com/category/chips/Dra5qbRkBnTSURpd.html
This site is for inclusion only, and the copyright belongs to the original author.