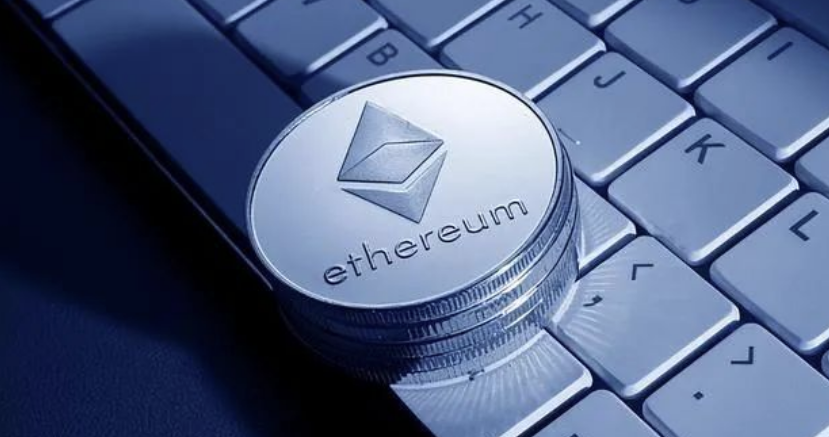 This is the original 1714th issue of the vernacular blockchain

On July 26th, Ethereum completed the tenth shadow fork. After that, the Ethereum protocol support team released the Goerli/Prater merger announcement, which clarified that the next merger process is divided into two steps, which are expected to be completed in August 2022 UTC time respectively. On the 4th, between August 6th and 12th.

As the last testnet PoS transition merger of Ethereum, although many people criticized its slow progress, the Ethereum merger is indeed progressing slowly and finally came to the final juncture.

Will The Merge bring deflation?

As an Ethereum merger-related topic, “ETC” has recently been hotly debated as one of the possible options for taking on Ethereum’s sunk computing power , especially as discussions about forks are rampant.

In fact, the key impact of the merger of the Ethereum mainnet and PoS beacon chain lies in the form of new ETH output: users can stake at least 32 ETHs to participate in Ethereum PoS staking to obtain income rewards.

This means that the main force to maintain network security will no longer be miners but verifiers , and to become verifiers, ETH must be pledged into the Eth2 pledge contract.

In fact, from this point of view, the behavior of staking at least 32 ETH to obtain rewards can be simply analogized to “Ethereum graphics card mining” under the new situation – every 32 ETH can be compared to a mining machine, and the rewards generated by staking are It is mining output.

This means that The Merge will change the PoW consensus to POS, the PoW chain will not produce new Ethereum, the new Ethereum will only be produced from PoS, which will reduce energy usage but will not affect Gas cost.

According to current data estimates, after The Merge is upgraded to the PoS mechanism, about 600,000 new Ethereums will be added to PoS every year, but according to the data destroyed on the chain after the Ethereum to London upgrade in 2021, it is expected that the Ethereum will be one The annual amount destroyed by EIP-1559 is about 4.7 million.

This will undoubtedly have strong support for prices from the supply side. At the same time, with the advancement of Eth2 and the upcoming implementation of the London upgrade, facing the expectation of destruction, coupled with the demand for PoS, ETH will undoubtedly become more scarce, which is the most powerful boost to the price of ETH at the demand level.

At the same time, although the current pledge APR (annual interest rate) of Eth2 is about 5%, the income will continue to decline as the total number of ETH pledges increases, but even if the pledged amount of the entire network reaches 10 million ETH, the annualized income is still About 5%, which is a safe and low-risk income.

RealVision founder Raoul Pal said that if Ethereum offers a 4.8% yield after the merger, then 4.8% will also be the benchmark yield for other crypto projects.

This means that the 4.8% provided by the Ethereum pledge is likely to be the risk-free interest rate in the Ethereum world, which is equivalent to the US dollar cash deposit in the real world. The investment rate of return of other Ethereum protocols will most likely be higher than 4.8% ( Otherwise, users can directly choose to pledge Ethereum), and the more the return is higher than 4.8%, the greater the risk.

How much does it affect the expansion of Ethereum?

In addition to the impact of mining output, what impact will the merger have on Ethereum performance, especially scaling solutions such as sharding and Rollup?

As early as December 2021, Vitalik published an article titled “Endgame” (the final stage), which put forward the point of view that all blockchains will eventually converge in the future, and listed the block verification to allow A tool that happens in a decentralized and censorship-resistant way.

The first step, known as The Merge , refers to the full transition from proof-of-work to proof-of-stake; the second, called The Surge , plans to improve Ethereum’s scalability by substantially increasing Bandwidth and throughput, especially on zk-rollup.

When the Ethereum mainnet will be “merged” with the beacon chain, the mainnet will introduce the ability to run smart contracts and the complete history and current status into the PoS system. Ethereum 2.0 will be improved by introducing Shard Chains. processing power of the network.

The current plan is to build 64 shard chains, and each shard has a group of validators responsible for packaging and verifying the blocks. Just as a road suddenly becomes 64 wide, the processing speed will inevitably be greatly accelerated.

Previously on January 5, 2020, Vitalik published the latest related article on Rollup, “Rollups Incomplete Summary Guide”. At present, Rollup has basically undertaken the mission of undertaking the expansion of Ethereum in the short and medium term.

Therefore, Rollup, in combination with the horizontal expansion scheme of future sharding, can theoretically enable the Ethereum network to achieve an amazing throughput of 100,000 TPS in performance, achieving a multiplier effect.

Will the public chain pattern change in the short term?

EVM-compatible public chains such as Polygon and BNB Chain currently have an alternative advantage over Ethereum in that the gas and performance are not fully loaded, and the congestion experience is not particularly prominent for the time being. In comparison, the user experience is better.

In short, it will not affect TPS in the short term, and the task of capacity expansion will be mainly undertaken by the merged shards and L2 (Rollup).

At the same time, the recent wave of new public chains represented by Aptos and Sui has gradually entered the field of view of more people. However, in 2018 and 2021, there has never been a “public chain fever” that surpassed Ethereum by competing public chains.

Facts have proved that in the face of Ethereum, which has a complex system, rich layers, and strong self-innovation ability, the first-mover advantage is almost insurmountable. From EOS, Solana to today’s Aptos, although the new narrative protagonist has been replaced, the foreseeable future is still there. Unspeakable victory.

This article is reprinted from: https://www.hellobtc.com/kp/du/08/3982.html
This site is for inclusion only, and the copyright belongs to the original author.