As annoying as they are, mosquitoes have always been an important part of summer memories: the itchy mosquito pack, the minty smell of repellent, and the disturbing buzzing of my pillow in the middle of the night, from childhood The summer vacation has never been absent. But this year seems to be a bit unusual. Summer is almost over. Many southern friends have not seen the same large number of mosquitoes as in previous years , and even the mosquito coils they have prepared have not come in handy.

What’s going on this summer, have mosquitoes really decreased? Are they also killed by the high temperature and do not want to open? Is the absence of mosquitoes a happy event for us?

The mystery of the disappearance of mosquitoes 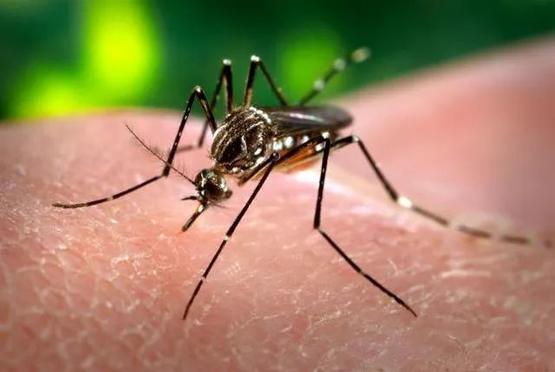 The development of mosquito eggs and larvae is directly related to temperature .

Mosquito larvae usually live in ponds, ditches and other places where the water flow is still. They often float upside down with their tails against the water surface, and use the breathing tube near the tail of the abdomen to directly breathe the air on the water surface. 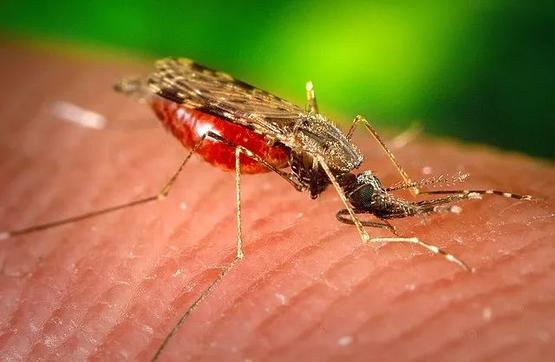 In order to survive, small mosquitoes can only work hard to find a host and suck more blood to enhance their reproductive ability, so we will feel that small mosquitoes prefer to bite | James Gathany, USCDCP / Wikimedia Commons

People know that if you hide in an air-conditioned room, mosquitoes will also fly to the shade, and wait for the sun to set and the temperature to drop before coming out. Culex pipiens pallens and Culex tritaenus are common in China. The peak blood-sucking period is in the early morning and evening . Some friends avoid the scorching sun during the day and only go out for a walk at night, which may happen to meet the mosquitoes that are out for business.

It’s not a good thing that the mosquitoes in the south are gone.

Great! Mosquitoes are hot to death! Don’t be in a hurry to be happy, the south is getting hot, but the mosquitoes will not sit still. Their countermeasure is to go north to escape the heat.

There are more than 3,600 species and subspecies of mosquitoes found in the world, and there are more than 370 species in China, including Aedes aegypti, Aedes albopictus, Anopheles anthropophagus, Culex pipiens, etc. Most of them live in the south. Among them, Aedes albopictus is the well-known “flower mosquito”. It has black and white markings on its body. It is particularly aggressive and poisonous. Once it bites, it comes with a large bag that can’t be eliminated for half a day.

They originally lived in Southeast Asian countries and came to my country through maritime trade, mainly in Guangdong, Guangxi and Yunnan. Because the high temperature swept the south, more and more people have also seen them in the north in recent years.

For friends in the north, it is not good news for mosquitoes to go north. It means that the north can also see the common ruthless and biting mosquitoes in the south, followed by the diseases they carry. There are three main types of mosquitoes that transmit diseases: Culex, Aedes and Anopheles , which transmit diseases including malaria, filariasis, yellow fever, dengue and Zika .

Mosquitoes go north, and it is not only our country that is affected. Changes in the mosquito range will put millions of people around the world at risk of contracting mosquito-borne diseases in the coming decades. What’s more, these diseases, which were previously strictly tropical, are now spreading to high latitudes such as Canada and northern Europe. These diseases have not previously spread in high latitudes, so they are more likely to spread in large populations.

A 2021 study suggests that up to an additional 4.7 billion people could be at risk of malaria and dengue by 2070 compared to 1970-1999, and that these mosquito-borne diseases will re-emerge where they have disappeared. The World Health Organization estimates that climate change could lead to an additional 60,000 deaths from malaria between 2030 and 2050, even if economic conditions and public health improve. When non-lethal mosquito-borne diseases are included, many more people will be affected by chronic diseases.

Other worms are terrible too

When annoying mosquitoes die because of high temperature, we may not only not regret it, but also want to applaud. However, it is not only mosquitoes that suffer in hot weather, there are many other insects, such as bees that are beneficial to humans. 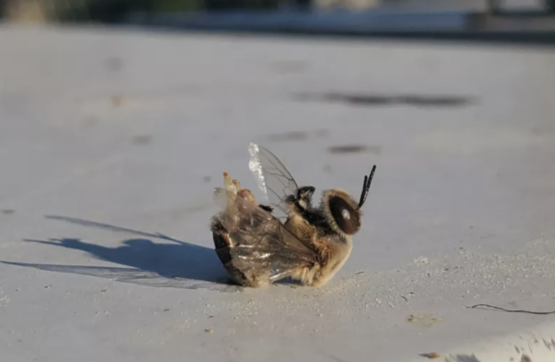 In the months of high temperature, many European countries have observed the phenomenon of continuous death of bees, and most of the deaths are drones, and their genitals are exposed when they die. Drones are very sensitive to temperature. Under the stress of high temperature, the natural response of drones is to ejaculate and then die. 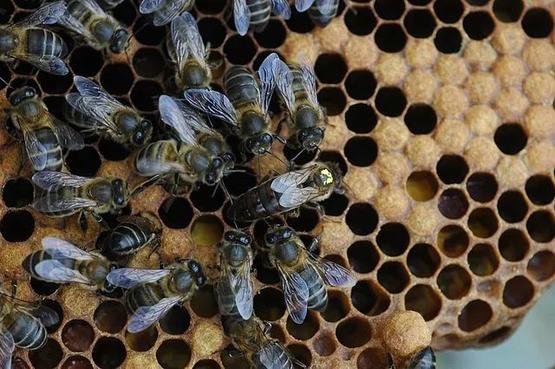 In the center of the picture is the lone queen in a colony, laying her eggs | Piscisgate/Wikimedia Commons

At high temperature, queen bees are more survivable than drones, and they can stay in an environment above 38°C for more than 2 hours. The queen bee has a fertilization vesicle, and the sperm can be stored in it for 1 to 3 years during mating. Although the queen bee can barely survive the heat wave, the quality of the sperm stored in her body will be greatly reduced. 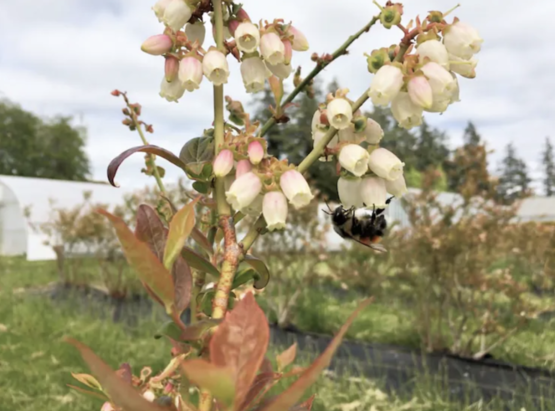 Many plants are pollinated by bees | Alison McAfee

The damage caused by high temperature is also accompanied by a chain reaction. When the heat wave passes, the queen bee will have no high-quality sperm and fewer mating opportunities, which may lead to the collapse of the entire bee colony, as well as plants that rely on bees for pollination, many of which are crops that humans rely on for survival. Beekeepers may have to import new queens from elsewhere to increase the genetic diversity of their colonies and adapt them to higher temperatures.

In addition to bees, high temperatures can also affect the reproductive ability of insects such as bumblebees, wasps, beetles and moths.

Males of Tribolium castaneum experience reduced fertility in sons exposed to heat, even if the sons did not experience heat. Scientists also found that the odds of seeing bumblebees in specific North American locations were 46 percent lower than in the last century, and some bumblebee species could face local extinction under sustained heat.

Decreasing bumblebee. They are large and fluffy, and were originally adapted to cooler environments, such as temperate and polar regions | Antoine Morin

Mosquitoes can only live for a month or two, and they are replaced quickly, which helps them adapt to climate changes (and maybe mosquitoes will be more heat-resistant in the future), but insects such as bees have a reproductive cycle in years, a fast environment Changes make it too late for them to adapt, and they may go on the road to extinction.

Mosquitoes disappeared because of the hot weather, but it was nature’s warning to human beings – the consequences of increasing temperatures year after year will one day affect human beings themselves.

This article is reproduced from: http://www.guokr.com/article/462032/
This site is for inclusion only, and the copyright belongs to the original author.