Today is the last day of 2022, here I would like to say Happy New Year to everyone in advance~!

According to the past practice, I will sort out and summarize the development of the domestic comic industry in 2022 through an article, and also review with you what happened in the comic industry in this year.

It is still necessary to make a statement here. The content of the article is based on personal perspective and experience. It may not be comprehensive and accurate. If the content information is wrong, please help to correct it. If there is a difference Opinions and analysis are also welcome to share and discuss~

Overview of the development of the comics industry in 2022

Overview of the development of the comics industry in 2022

In last year’s article, I put forward my own point of view. I summarized 2017 as the “year from prosperity to decline” in the first development stage after the comics industry entered the Internet era, and 2021 will be the process of decline. “The Year of Bottom” in .

On this basis, I think 2022 marks the official end of the first development stage of the Internet era for the comics industry.

The so-called “first stage of development” is the initial development and exploration of the domestic comics industry after entering the Internet era. During this period, a lot of achievements have been made and a lot of experience has been gained, but the overall result of the exploration is It ended in failure, and the development of the entire comics industry has once again fallen into a state of confusion. What needs to be faced in the future is how to start a new round of exploration.

The most representative event in the comics industry this year should be the cessation of operation of the Yaoqi comics platform .

You Yaoqi was wholly acquired by Station B from Aofei Entertainment for 600 million yuan in November 2021. After the acquisition was completed, Station B did not announce any plans and arrangements for the future development and operation of Youqi, so I personally expected at that time that Station B might transfer the content and users of Youqi to Bilibili Manga, and then Youyouqi platform will be shut down.

In fact, in my personal analysis of the development history of the Internet era in the comics industry, the starting point is the launch of Youyaoqi platform, so the shutdown of Youyaoqi does represent the end of an era .

*This year, I also wrote an analysis article on the incident of Yaoqi shutting down. If you are interested, you can read it again.

Article Portal: “Shutting down Youqi may be an opportunity missed by station B”

Another incident that has received a lot of attention in the industry this year is very negative, and it is the plagiarism incident of the work “The Dark Craftsman” .

The development of the incident has been summarized in the previous timeline. The blogger “Zaixuan Yikou” sorted out the whole incident in detail on Weibo. If you want to know more, you can directly search and check it. Let me introduce it in detail.

The nature of this incident itself is very bad, and it has a very bad impact on the entire comics industry. But in comparison, the handling method, process and results of the incident seem too “flat”, especially the response from the platform side, which hardly regards this incident as an “event”.

Behind this situation, I think it may just reflect that one of the reasons for the development failure of the comics industry in the past ten years is that many capitals, companies, platforms, and even some authors in the industry are no longer based on “developing comics”. Industry” as the goal, comics have only become methods, forms and means to achieve some other goals , so they have become less concerned about the behaviors that hinder and destroy the development of the comics industry. 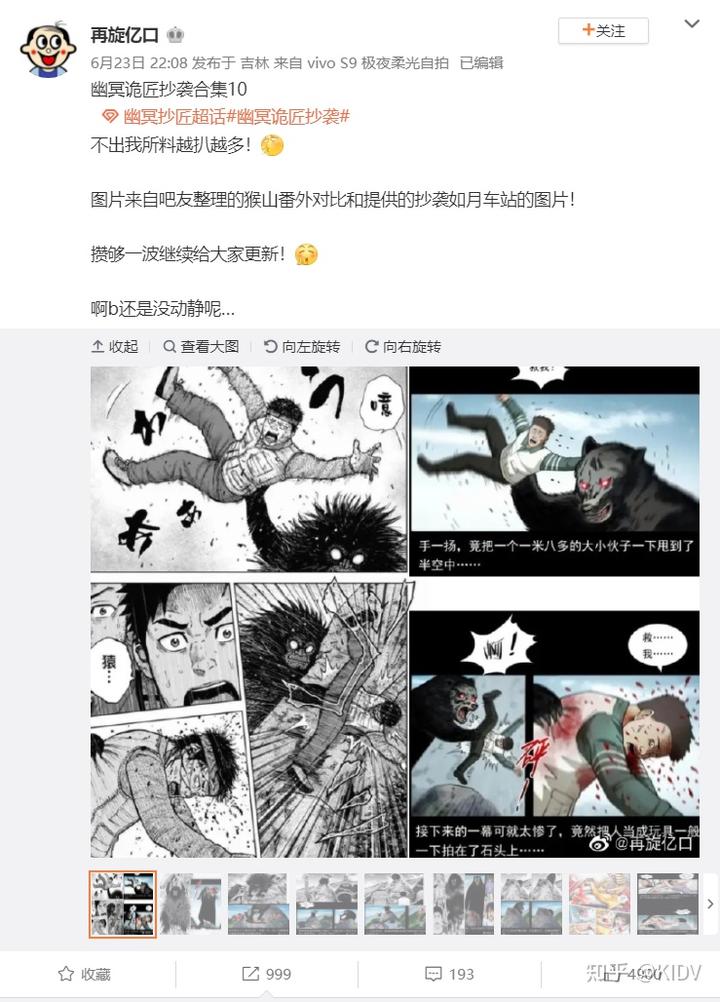 Weibo related to the plagiarism incident of “The Dark Craftsman”

The many comic competitions and activities carried out this year may have left a glimmer of hope for the development of the entire industry.

I personally made a very rough statistic. There are several domestic comic competitions held all year round. This year, there are a total of more than 70 award-winning places, and the total prize money is more than 400,000 yuan. This also shows that our comic industry still has a mechanism for cultivating and selecting authors, and also provides an environment for authors to create and display their works.

Of course, in these competitions in recent years, very good and influential works have not been produced. I think one of the important reasons is that we have not yet found a creative direction suitable for the Chinese comic industry, that is, for which Readers create, what kind of themes and stories to create, and what kind of characters to create . These may be the content that needs to be considered and practiced in the new round of exploration in the comics industry in the future.

The above is what I sorted out and summarized, the development of the domestic comics industry in 2022, and put forward some personal views and opinions on some of the events, for your reference only~

Although the comics industry has now entered the bottom of its development, it has also ushered in an opportunity to explore and develop again. All we have to do is to summarize the past experience and lessons, think and clarify the direction of future development, and work hard on this basis. .

This requires the participation of many people and a long time of dedication. I hope that everyone can work together to make the comic industry develop better as soon as possible, and eventually develop China’s own mature comic industry.

[Zhihu Daily] The choice of tens of millions of users, to be a big cow in the circle of friends to share new things.
click to download

This article is reproduced from: http://zhuanlan.zhihu.com/p/595851774?utm_campaign=rss&utm_medium=rss&utm_source=rss&utm_content=title
This site is only for collection, and the copyright belongs to the original author.