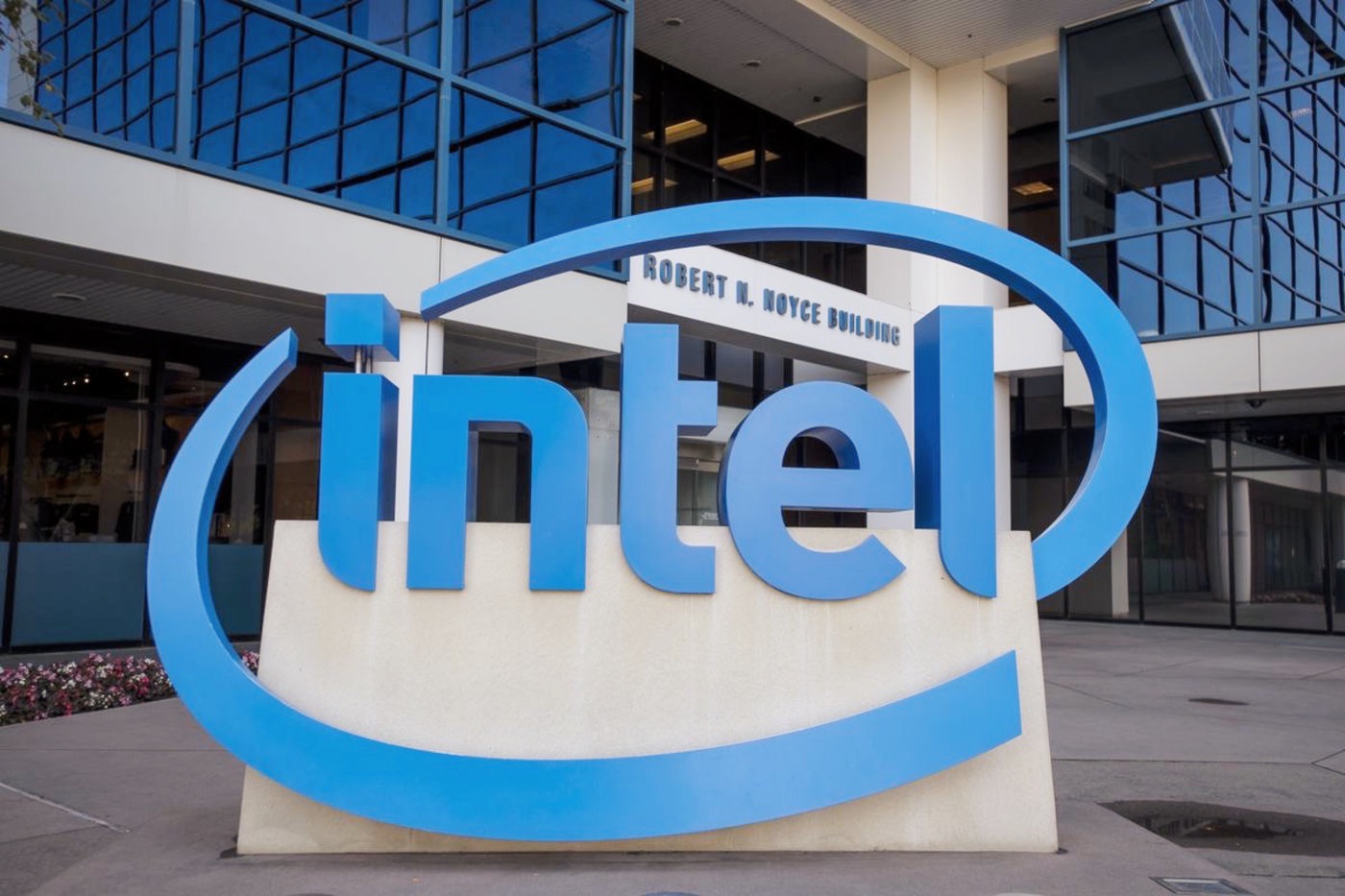 Due to the sluggish performance, after the release of the financial report, Intel suffered a severe setback in the capital market. It fell 8.5% on Friday, and its market value was overtaken by AMD. As of July 29, Intel’s market value was $148.5 billion, and AMD’s market value was $153.1 billion. The financial report shows that Intel’s performance has fallen sharply, with revenue of $15.3 billion in the second quarter of 2022, a year-on-year decrease of 22%. And turned from profit to loss, with a net loss of $500 million for the quarter, compared with a profit of $5.1 billion a year earlier. 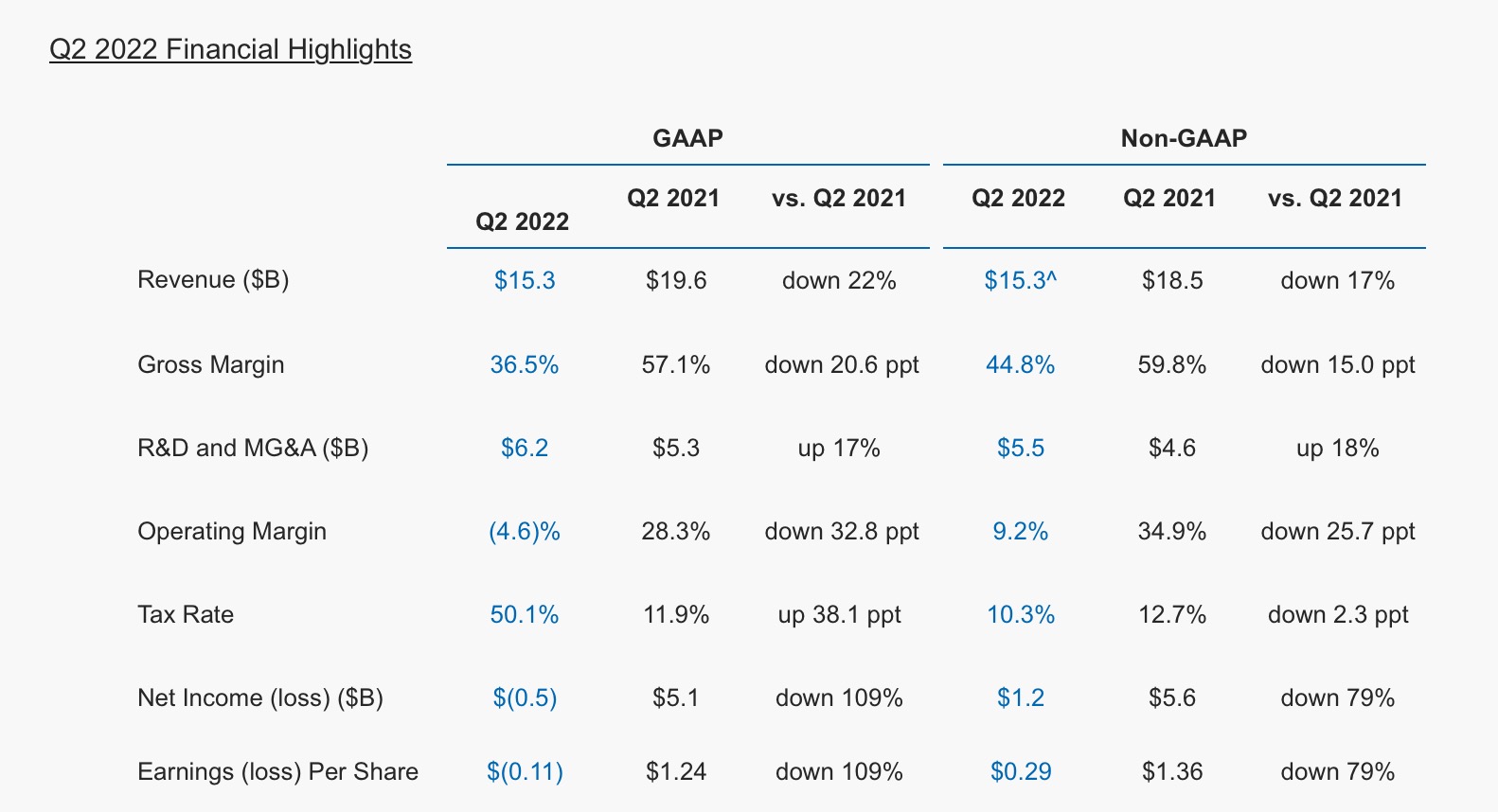 According to the performance guidance, it can be seen that the annual revenue of 2022 will decrease by US$11-14 billion year-on-year. In the earnings report, Intel’s client computing and data centers and artificial intelligence were largely affected by continued adverse market conditions. However, AMD and Nvidia continue to maintain strong revenue growth patterns. In the first quarter of 2022, AMD’s revenue was $5.9 billion, an increase of 71% year-over-year, mainly due to higher turnover in the Computing and Graphics Group and Enterprise, Embedded and Semi-Custom, and Xilinx turnover.

As the world’s second largest CPU chip supplier, AMD is also a strong competitor of Intel, and its share is increasing. Observations from Omdia show that AMD is Intel’s rival in terms of server and PC CPUs. The introduction of increasingly competitive processors over the past five years has rattled Intel as it seeks to defend its leadership. And pointed out that since 2017, AMD’s market share has been rising steadily, and about 18% of the servers shipped in the fourth quarter of 2021 are expected to have AMD CPUs.

Among NVIDIA’s various business segments, the most outstanding performance is the data center segment. At present, data centers have replaced gaming as its largest business segment. Data center revenue for the first quarter of fiscal 2023 (ending May 1, 2022) reached $3.75 billion, up 83% year-over-year, driving overall revenue up 46% year-over-year to a record $8.29 billion. The strong main artificial intelligence technology in the data center sector is widely used in all walks of life, and all walks of life rely on NVIDIA to develop AI technology.

Intel’s sluggish revenue is in stark contrast to AMD and Nvidia. In particular, PC chip revenue is sluggish. As Intel’s largest revenue segment, its annual revenue in 2021 will be US$40.5 billion, a slight increase of 1% year-on-year, and a drop of 7% in the fourth quarter of 2021. The downward trend continued this year, with a 25% decline in the second quarter of 2022, which is the main factor dragging down Intel’s overall performance. There are many factors restricting the development of the PC business, including its own problems, chip supply shortages, and Apple’s self-developed chips, and many other factors. In terms of chip manufacturing, Intel is significantly behind TSMC, and it is often criticized for toothpaste. Research chips.

Under Arm’s disruption, tech giants have developed their own research to reduce their dependence on Intel

As an important customer of Intel, Apple is based on ARM self-developed chips to reduce its dependence on it. In the author’s opinion, driven by Apple, it has a profound impact on the Arm industry chain. Other brands may increase their efforts on the ARM architecture, including Qualcomm, to strengthen their voice in PC-side processors. And under the spoiler of Arm, not only personal computers hit the Intel CPU market, but also large global cloud service markets such as Amazon and Alibaba Cloud are also increasing their self-developed chips. Among them, Amazon first publicly disclosed the Graviton chip based on the ARM architecture as early as the end of 2018, and it is now the third generation. At the 2021 Amazon Cloud Technology re:Invent global conference, the latest generation of cloud-native general-purpose processors, Amazon Graviton3, and related computing instances were released.

According to reports, C7g instances powered by Amazon Graviton3 processors can improve compute-intensive workload performance by up to 25% compared to current-generation C6g instances powered by Graviton2 processors. At the 2021 Alibaba Yunqi Conference, Alibaba released the self-developed cloud chip Yitian 710, which adopts the ARMv9 architecture, with up to 128 cores and a main frequency of up to 3.2GHz, which can take into account both performance and power consumption. As a CPU chip born for the cloud, it is mainly deployed in the Alibaba Cloud data center, and has been optimized for the characteristics of cloud computing. The performance exceeds the industry benchmark by 20%, and the energy efficiency ratio is improved by more than 50%.

The central processing unit with high barriers, with Apple, Nvidia, Amazon, Huawei, Alibaba Cloud and many other technology giants joining the Arm camp, indicates that the ecology is becoming more and more perfect. It can be seen that in other markets such as cloud computing, enterprise and edge data centers, supercomputing, and PCs, Arm has also begun to emerge, and then impacted the Intel data center sector. According to Statista, the market share of Arm-based processors in the data center and cloud will grow from 5% in 2019 to 25% by 2028. The market size in 2028 will reach $58 billion, more than 14 times that of 2019.

In the CPU field, Intel still has a strong voice. However, the client computing and data center sector is the core source of Intel’s revenue, but its performance is sluggish. Of course, in the face of the wave of intelligence brought by the Internet of Things and artificial intelligence, more and more enterprises put AI workloads on the edge side and the cloud, from the cloud to the network to the edge, bringing new growth points for chip manufacturers . And Intel is also constantly attacking the GPU market.

Earlier this year, Intel CEO Pat Kissinger pointed out at Intel’s 2022 Investor Conference that the three sub-divisions of the Accelerated Computing Systems and Graphics Group (AXG) are shipping products on schedule, and it is expected that in 2022, the company will Bringing in more than $1 billion in revenue. As Intel’s growth engine, the three sub-sectors of the Accelerated Computing Systems and Graphics Group are expected to collectively generate nearly $10 billion in revenue by 2026. It means that Intel’s driving performance growth is no longer dependent on the CPU, and the importance of the GPU is more clearly defined. It can be said that the Internet of Things and artificial intelligence have brought this old technology giant with a history of more than 50 years to a major opportunity in history.

This article is reprinted from: https://readhub.cn/topic/8i3NMsItwBs
This site is for inclusion only, and the copyright belongs to the original author.