On September 18, 2022, the sixth installment of the “GTA” series, one of the most influential and famous brands in the history of video games, was exposed on the Internet with a large number of game demos and source codes, and the entire industry was shocked.

In addition to being shocked, the author also wanted to make a summary of other similar incidents in recent years, and take everyone to review the game leaks that have occurred in the past few years. 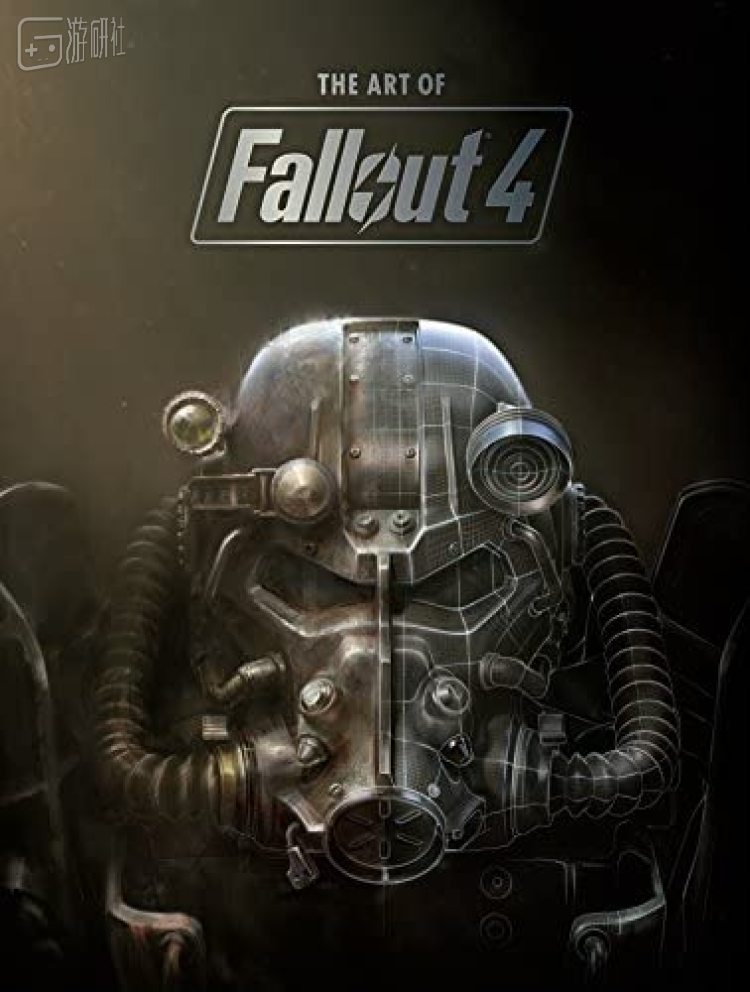 In 2013, the famous overseas game media kotaku received an anonymous e-mail, the e-mail was mixed with a very detailed document about the unpublished “Fallout 4”, which recorded a large number of “Fallout 4” character settings. , location settings, and even scripts for dialogue between NPCs. 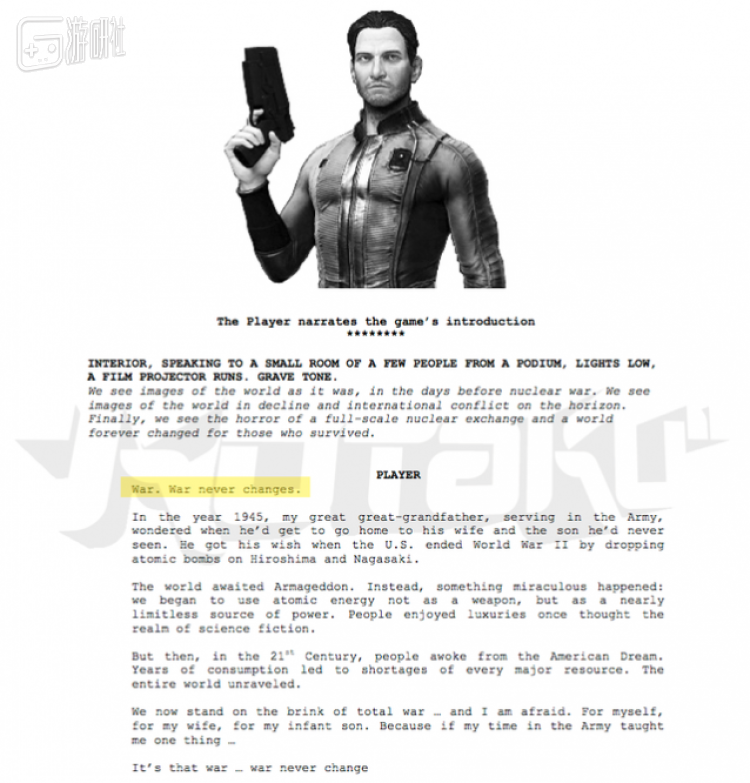 And this information was confirmed to be true in the later released “Fallout 4” main game. To this day, people still don’t know who the person who leaked the “Fallout 4” files was. Most people guess that this is What the insiders of company B did, 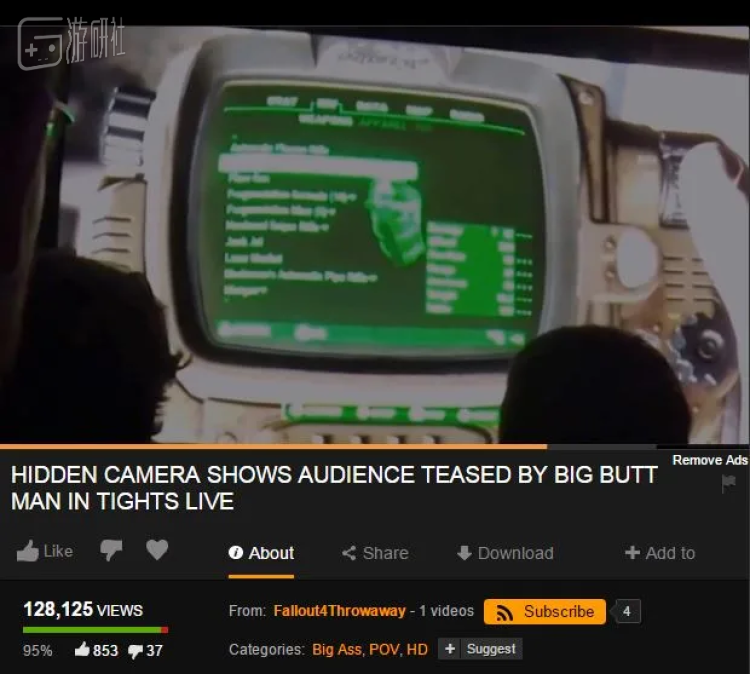 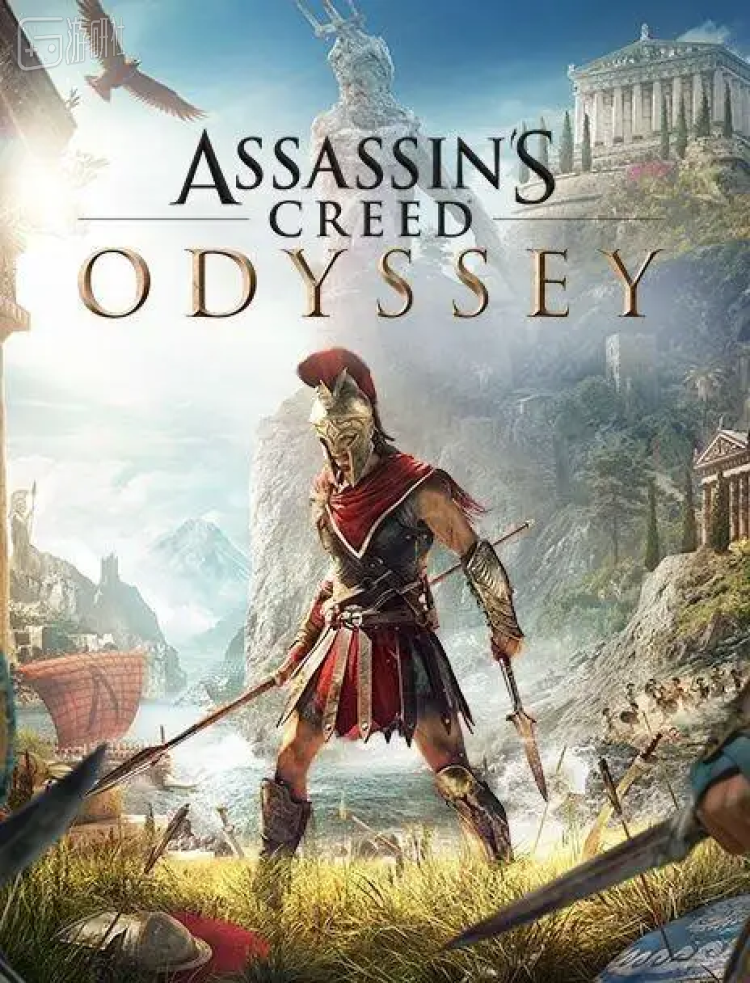 Among the various game leaks in the past, there are no more than the following ways, hackers stealing code, insiders leaking game files, etc., but the leak of “Assassin’s Creed Odyssey” is a bit unusual. The reason for its leak is actually because Official peripherals!

At the end of 2018, French game media Jeuxvideo released a keychain with Ubisoft’s trademark: 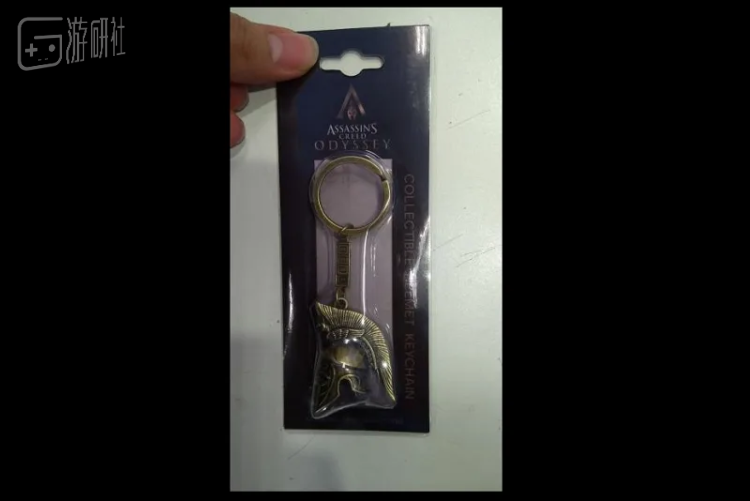 The key pendant is an ancient Greek helmet, and the title of “Assassin’s Creed: Odyssey” is also written on the package. It can be said that the theme and name of the game are thoroughly leaked. There are different opinions on how this peripheral was leaked, but Fortunately, this peripheral only leaked a title and story background, which did not have much impact on the game’s release. 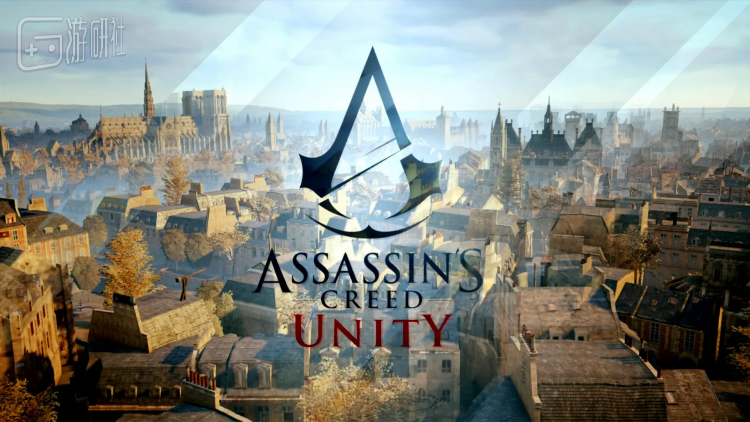 Let’s talk about Assassin’s Creed. On March 5, 2014, a user of Neogaf, a foreign forum, posted a post on the forum, saying that he met an internal development employee of Ubisoft when he was on a plane two days ago. The two talked incessantly about the entire flight journey. The employee told him that the new work of “Assassin’s Creed” would be based on the French Revolution, and also told him about many new systems and new gameplay in the game.

As soon as this post came out, it was ridiculed collectively by netizens from all over the world. People said, how could it be possible to meet an insider of game development by such a coincidence, and this person was willing to disclose company secrets to a stranger.

You choose to believe a stranger who talks nonsense on a plane?

All in all, a thousand words summed up in one sentence: 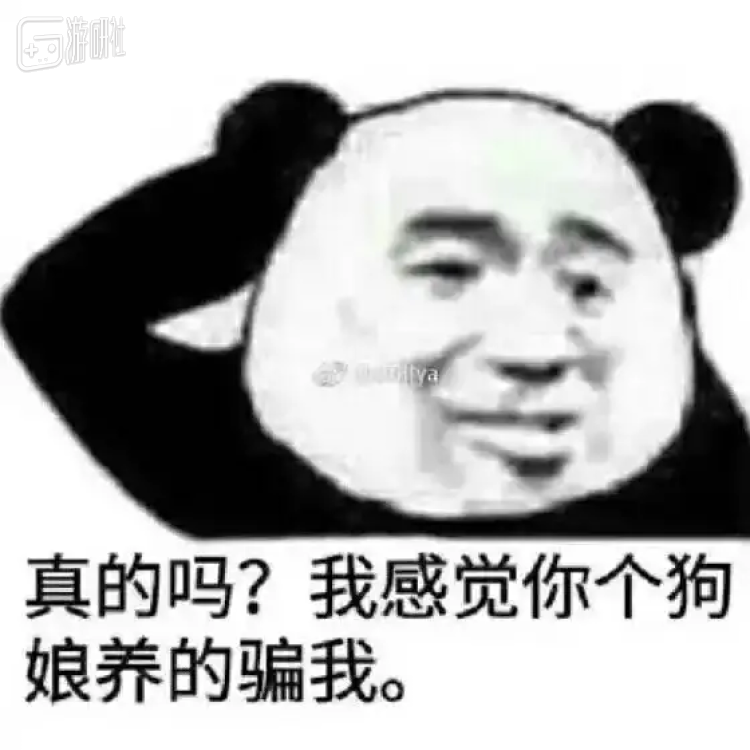 However, from the moment when “The Great Revolution” was officially announced, the faces of the forum buddies were slapped, and they all said that they have eyes and don’t know Mount Tai. 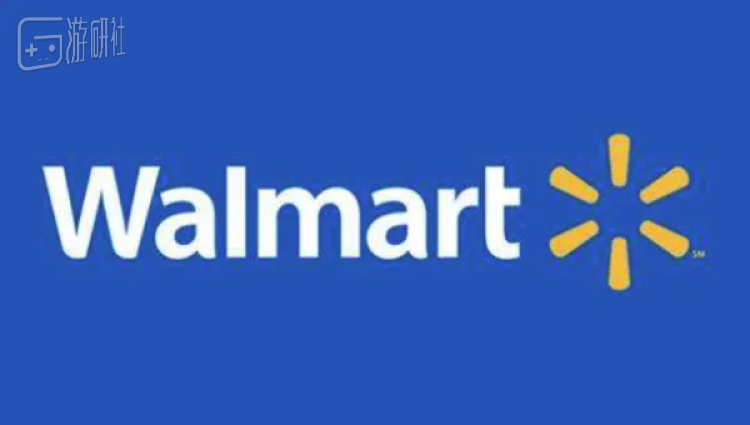 On the eve of E3 2018, just as various game manufacturers were working overtime to prepare for the next new game conference, trying to surprise players, the world’s largest retailer, Walmart, gave them a bigger game on its own sales website. surprise.

A large number of games that have not been disclosed and confirmed have been placed directly on the retail shelves of the Canadian Walmart website, and the page has also been titled “New video game releases page”.

The games that have not yet been released, with a simple cover with white characters on a black background, are exposed in front of the players. When people look at them, they are incredible. All of these are masterpieces with great faces. 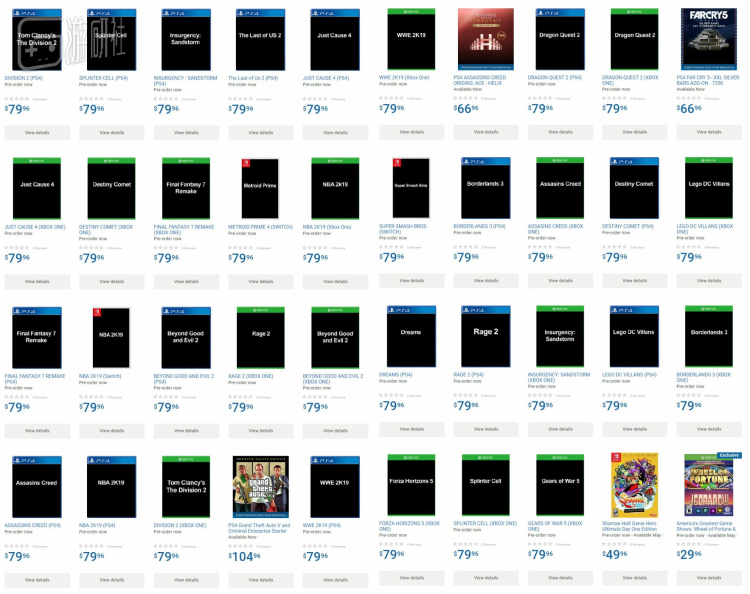 After careful inspection, these leaked games include: Fury 2, Borderlands 3, Just Cause 4, Forza Motorsport 5, Gears of War 5… The lineup is so luxurious that it can be said that this E3 is over at Walmart.

Afterwards, Walmart officials came out and claimed that these games were all guessed by them, and they didn’t really have any information .

Anika Malik, director of corporate affairs at Walmart Canada, said in an email: “Walmart encountered a technical glitch that allowed some product information to be available on the website for a short period of time. These leaked games are essentially guesswork, we just made a page ahead of time, So that the game can be used directly when it is actually released , which is only true when the game publisher officially announces the game. We apologize for any inaccuracies caused by this. Like the game community, Walmart is also looking forward to these games being released .”

Although the official explanation is this, according to a series of events after the event, Walmart’s guess is too accurate. Many games that were leaked on the page at that time did indeed go on sale in the next 2-3 years. . 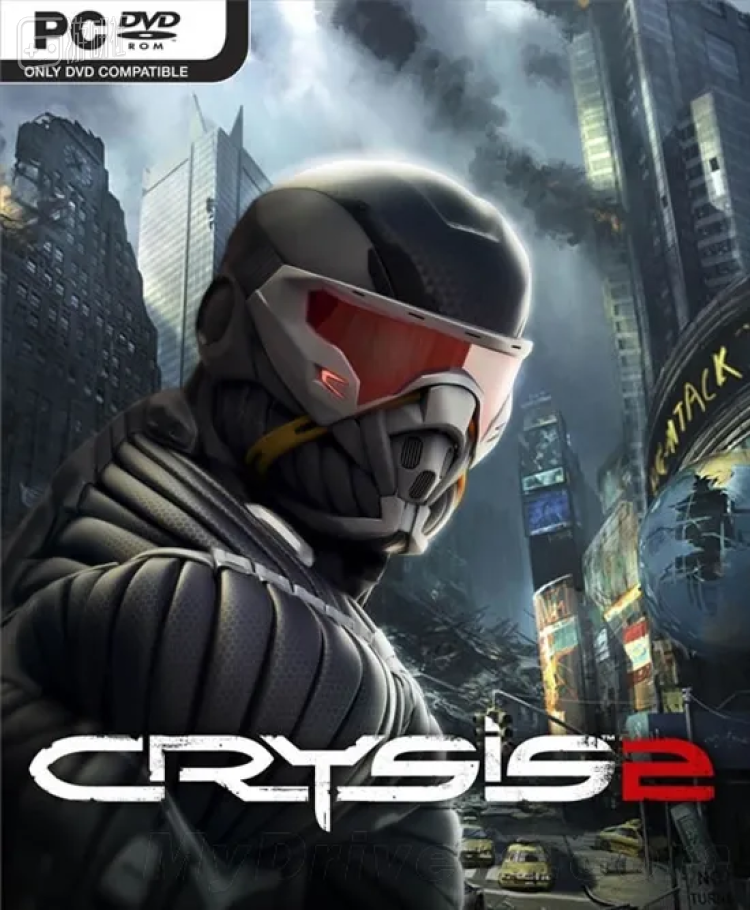 If the leaks of the above games are only a glimpse of the game, then the leak of “Crysis 2” in 2011 can be described as a real trauma.

On the evening of February 11, 2011, a large number of posts about the news of “Crysis 2” suddenly appeared on foreign forums. What is even more terrifying is that these posts provided download links for game codes , which were subsequently encountered on domestic forums. After a crazy reprint, all the vagrant 3dm members of the major game forums in the United States were possessed overnight, and the “free installation hard disk” of “Crysis 2” was leaked everywhere.
According to subsequent investigations, the content leaked by the link was an early development version of the game, with a capacity of up to 6GB, covering multiple single-player level processes and some multi-player content. EA officials immediately took action and asked major websites to remove the link. , and delete all related posts, but the dam has burst and the flood has already flooded.
Within a few hours, the content of the game has been made into seeds of several different versions and uploaded to the P2P network. Netizens all over the world have enjoyed downloading it, which has brought incalculable losses to EA. 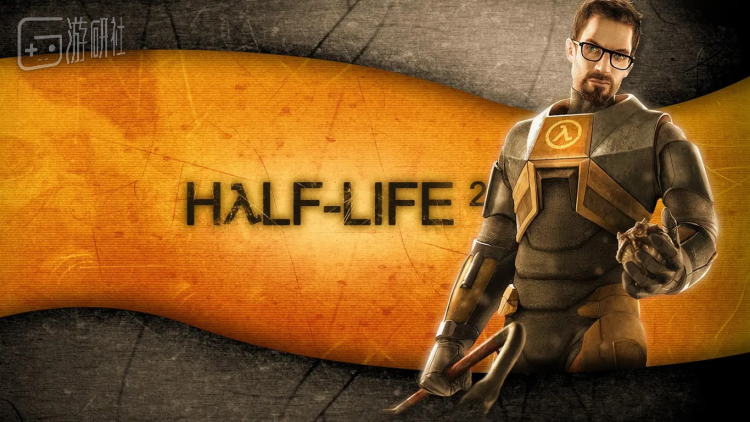 After all, it is still impossible to get around the darkest and most influential “Half-Life 2” code leak in the history of the game.

In 2003, the much-anticipated “Half-Life 2”, after several years of painstaking development by V, finally approached its release date.
On November 2, a middle-aged man who could not count 3 was sitting leisurely at his desk, preparing for the release of “Half-Life 2”, and then he was told that something had happened – “ Half-Life 2″ The source code for Life 2 was leaked online. 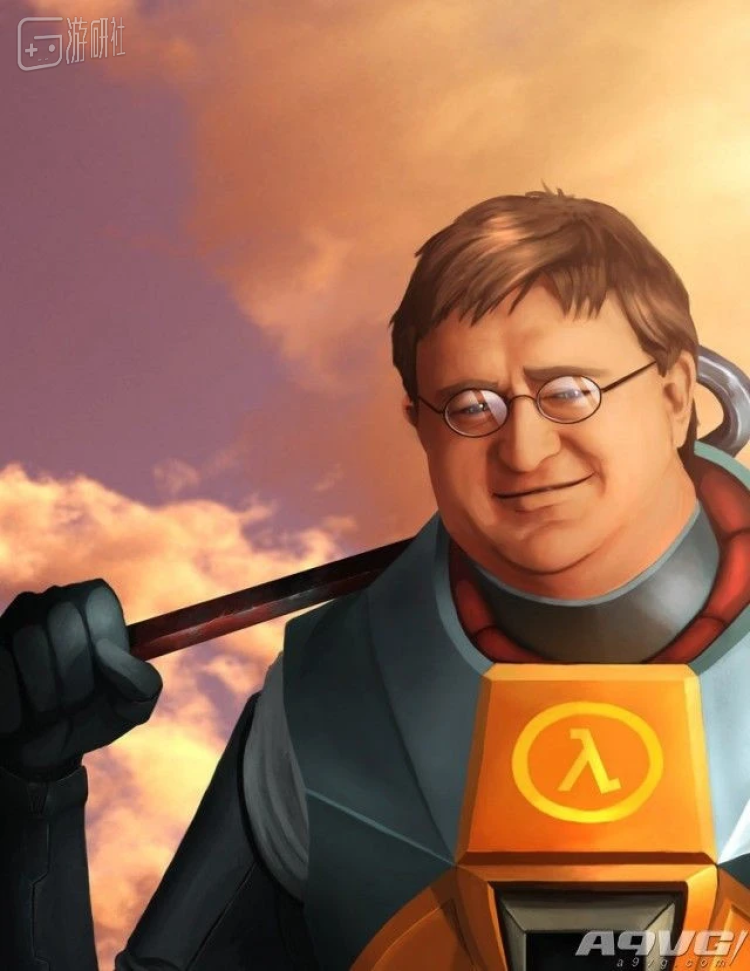 Fat G, who got the news, was shocked and almost counted a 3. After calming down, he postponed the release date of the entire game for the first time and reported the case to the FBI.

After several months of investigation, a hacker calling himself Gembe took the initiative to contact G Fatty via email, and stated that he was the initiator of the entire leak. G Fatty did not get angry at the first time, but maintained a calm and calm mind and the other party. exchanged eagerly.

Seeing G Fatty being so attentive, Gembe also opened his own chat box. He claimed that he used an sdbot program disguised as a Warcraft 3 key to intrude on G Fatty’s computer. Obviously G Fatty ran that program before, It directly led to the leakage of all the files in the G fat computer.

Fat G was a little remorseful. He was so careless and took such a big loop. Just as Fat G was thinking about how to continue dealing with Gembe, Gembe put forward a demand that surprised him:

Gembe said he hoped that Fat G would disregard his previous suspicions and let him join Valve’s work, and his hacking skills could contribute to Valve’s security business. After hearing this, Fat G almost counted out another 3.

After calming down, Fat G verbally agreed to Gembe’s needs, and pretended to conduct a 40-minute online interview with Gembe. During the interview, Gembe even stated his criminal process without reservation, and Fat G recorded it. After saying these words, he backhandedly handed the recording to the FBI. The FBI found out that the kid was hiding in Germany.

On May 7, 2004, the 18-year-old hacker Gembe was captured by the German police at home. The century-old case in game history was solved, but the bad impact it brought to Valve was irreversible.

After the leak, Valve’s development team reworked the leaked parts, which directly led to the delay of the game’s release date, and the economic loss reached hundreds of millions of dollars.

Ironically, Gembe has insisted on his innocence after being captured. He said that he only shared the game to a few of his friends and did not disclose it to the entire Internet, and his original intention to hack G fat computer was also Just to see if “Half-Life 2” is finished , it can be said to be a fighter in an illegitimate meal.

Today in 2022, I really want to ask Gembe to hack into G Fatty’s computer again to see if Half-Life 3 is working. 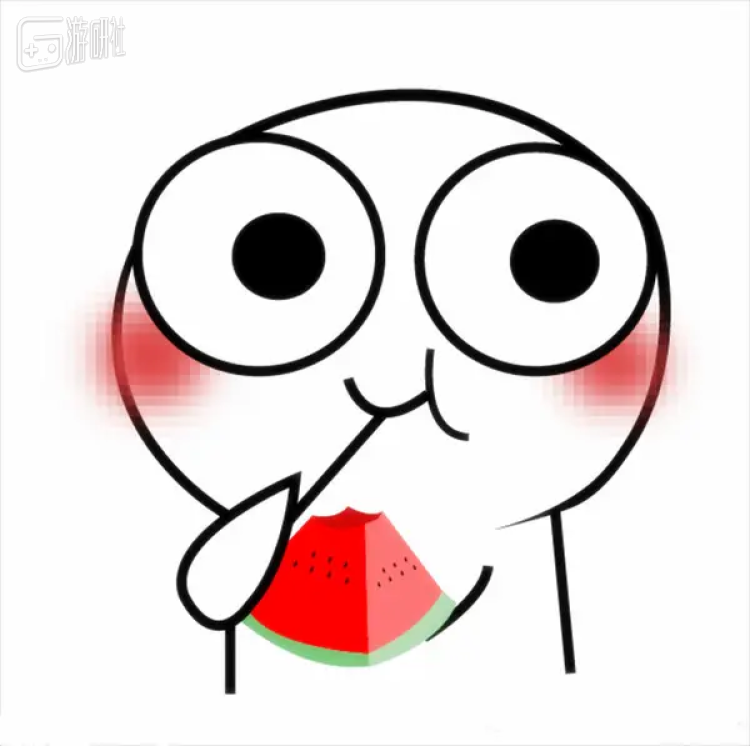 Since the birth of the video game industry, the leaks surrounding it have never stopped. Some of these leaks are innocuous, while others are stormy. This “GTA6” leak clearly belongs to the latter.

R Star, a company with the strongest legal department on the surface, must have been sharpening its knives to the pigs and sheep. Let us look forward to the next bloody storm. See you in the next article~

This article is reproduced from: https://www.yystv.cn/p/9778
This site is for inclusion only, and the copyright belongs to the original author.