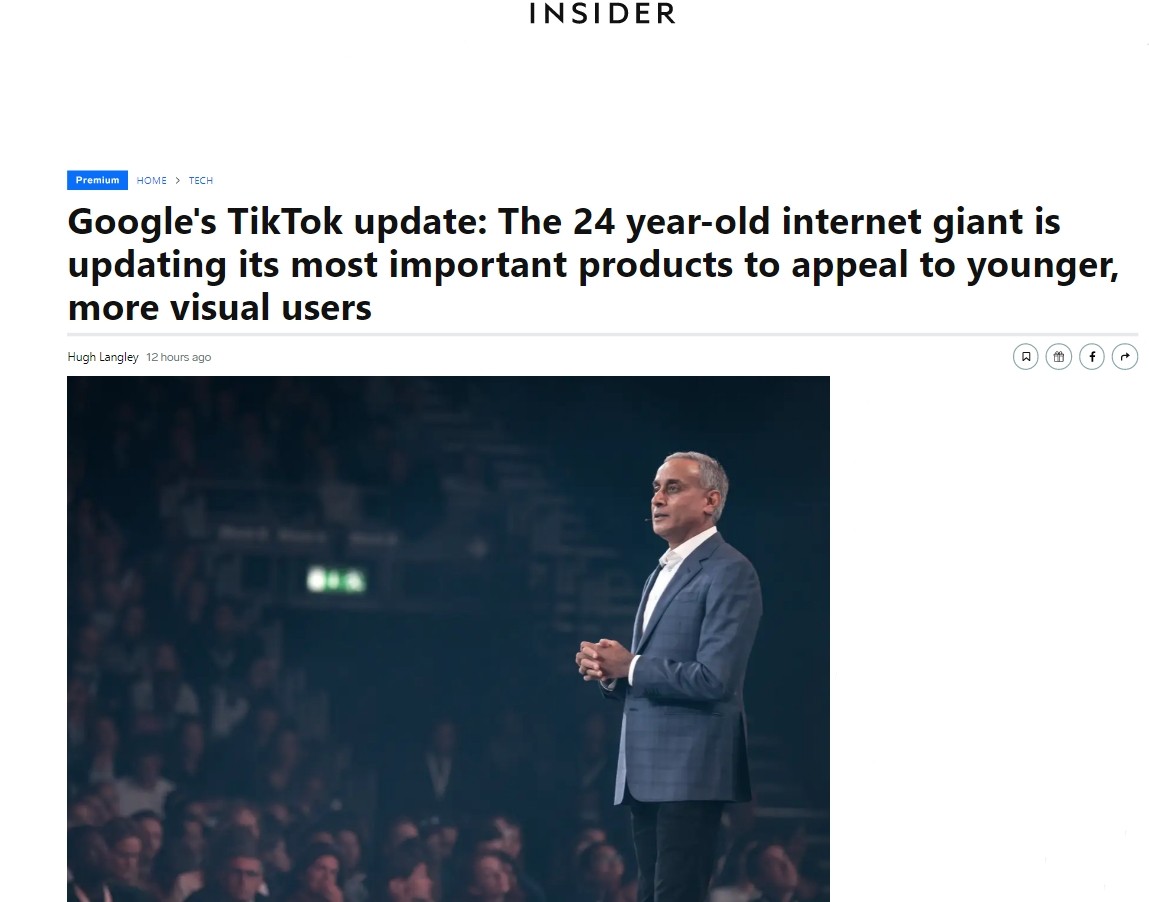 On September 28, the Silicon Valley technology giant Google updated its core businesses such as search and maps. While reducing text searches, it increased video and audio searches. Google’s move is intended to attract more young users to “return”, including users who are used to searching on new platforms such as TikTok.

Google says it will roll out new features that make visual typing searches more natural, while reducing the need for users to type in text. Google will also show more vertical swipe videos in search results when users type a question into the search box — just like TikTok. In addition, Google plans to launch a multi-search feature covering more than 70 languages ​​in the next few months, which will allow users to search using a combination of images and text. 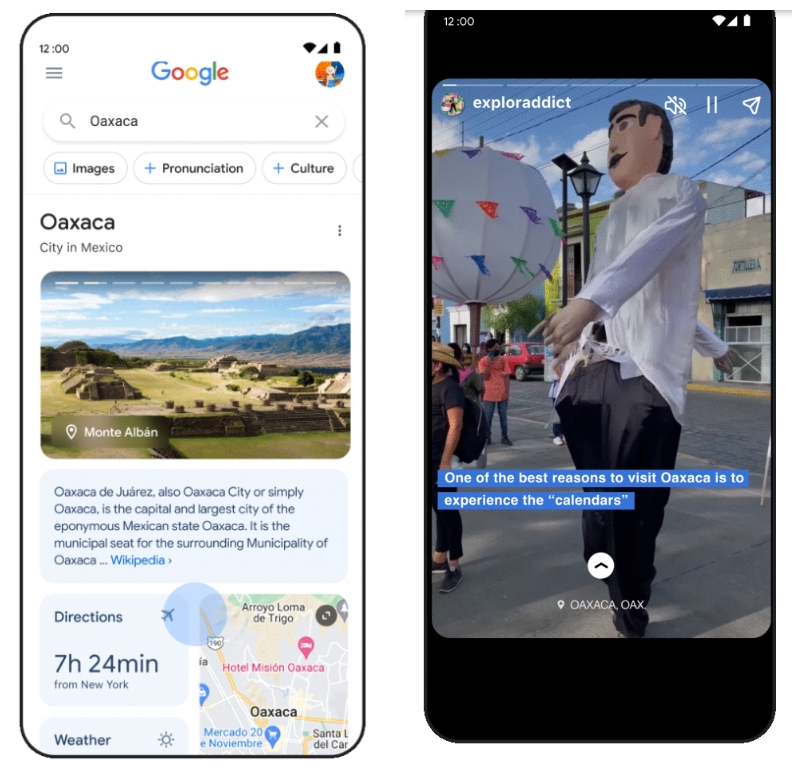 In the map business, Google Maps has introduced new features such as “vibe” and “live view”. “Ambience” will show featured images of the user’s search area. “Live View” lets users visually search for nearby restaurants, parking lots and other amenities.

“If you don’t stop and think about it, you really don’t realize how many problems you’re going to have on a daily basis,” Cathy Edwards, Google’s vice president of search, told Business Insider. Rely on search to solve.”

Shifting from text to video and voice search, Google is trying to attract more young users. At present, the vast majority of young people in the United States are “heavy” users of TikTok. They not only catch up on TikTok and share their daily life, but also become accustomed to using TikTok for video searches.

A previous internal Google data showed that nearly 40% of Gen Z users prefer social media such as TikTok and Instagram to core services such as Google’s search engine and maps when searching on mobile terminals.

“About 40 percent of young people in our study were looking for a place to eat lunch, and they didn’t go to Google Maps or Google Search, they went to TikTok or Instagram.” Senior Vice President, Knowledge and Information Organization, Google Prabhakar Raghavan told a conference. 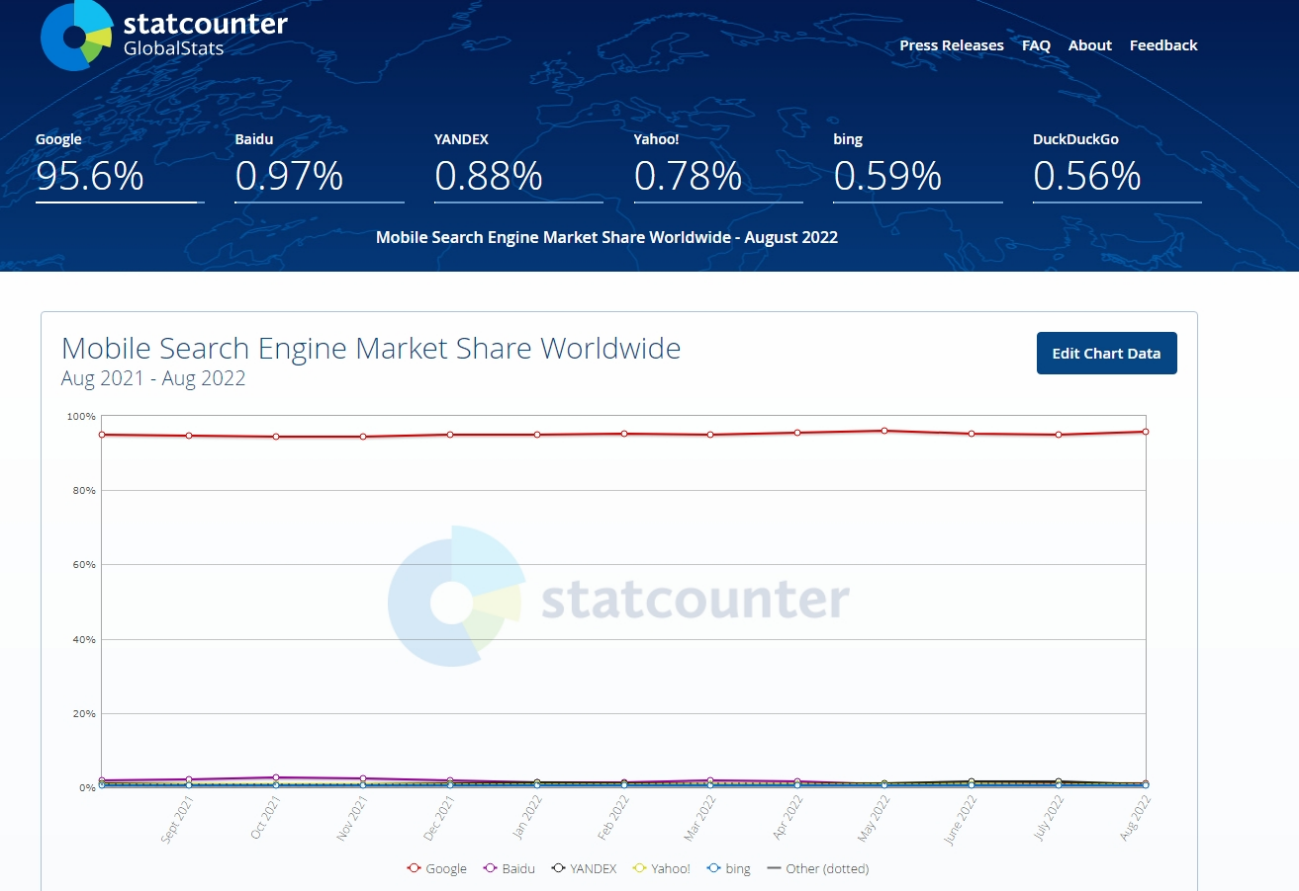 But as far as the current search market is concerned, Google remains firmly in the top spot. According to statcounter data, as of August this year, Google search accounted for 95.6% of the global mobile search engine market share. On the PC side, Google search also has an absolute advantage of nearly 83%.

Young people use TikTok as a search engine, proving that video content can indeed make users more intuitive and interesting to obtain the answers they want to search for. But for now, Google’s advantage in mobile search engines is difficult to shake in a short period of time. As a latecomer, TikTok still has a long way to go if it wants to gain some gains in overseas search and map markets.

This article is reproduced from: http://www.guokr.com/article/462311/
This site is for inclusion only, and the copyright belongs to the original author.