On June 21, according to Jiemian News, Hema started a new round of layoffs in May this year, mainly in the procurement and operation departments of various local regions. The buffer period is one month until the end of June. This is not to lay off employees according to the overall proportion, but to optimize and adjust specific business departments and positions. In this regard, Hema officials have not yet responded.

According to Hema employees, the company interviewed the procurement and operation business teams in its area. Among them, the two teams of standard product procurement and 3R (instant cooking, instant heating, and instant food) procurement were basically abolished, and only a small number of management positions were retained. Going to the Shanghai headquarters, the fresh food procurement department has also been adjusted and merged. The work functions of the online operation team have also been optimized. The compensation plan for most laid-off employees is “N+1”.

In addition, this year’s Hema executive team’s year-end bonus is issued in the form of “options + cash”. The cash portion has shrunk by about half compared with previous years, but some option incentives are provided.

An insider of Hema said: “This year’s year-end bonus has been postponed for a month, and the official has not notified it, but colleagues privately said that it was because the staff went to the store to support the epidemic, and there was no time to make bonuses.”

In fact, the news of this round of layoffs has already spread on social platforms.

On the pulse, someone broke the news that “Alibaba Hema has laid off staff, and you are chilled. Many colleagues have reported that the department’s P7 and P8 over the age of 35 have been completely laid off”. On May 17, another Maimai netizen claimed that he was P8 and his performance was 3.5. A netizen with the label “Alibaba Group” said: “Most of the waves in May were old employees. I drove away an 18-year-old P7 from my side. I really feel that it is too ruthless.”

At the end of 2021, Hema’s positioning in the Alibaba Group has changed from a business group to an independent company. Since then, layoffs and store closures seem to have become the main theme of Hema.

Leifeng.com learned that in March this year, Hema had already experienced a round of business contraction and layoffs.

At that time, according to 36kr reports, the overall layoff ratio of Hema reached 20%, of which market operations were the main positions to be laid off, and the layoff score was completed at the end of March. In addition, the salary of Hema P8 and above employees will be reduced by up to 30%.

However, there have been signs of Hema’s salary adjustment before.

In early January this year, Hema Xiansheng CEO Hou Yi sent an internal letter, pointing out that Hema’s goal is to improve from the current single store profit to comprehensive profitability. In addition, the internal organizational mechanism and salary and welfare mechanism of Hema will be formulated to suit this situation, and the belt will be tightened temporarily. However, by expanding the scope of option issuance, more front-line employees will share the growth results of Hema. 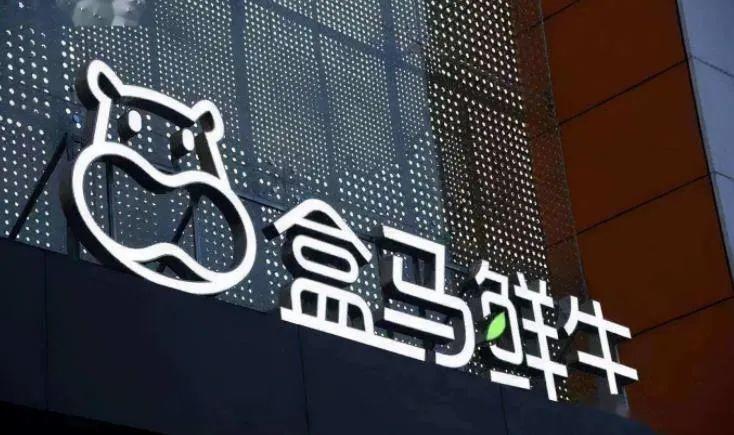 It is well known to the outside world that Hema has not yet achieved profitability. Inside Ali, Hema also belongs to the innovative business department.

Before 2018, Hema, together with AutoNavi Maps and Dingding, were classified in innovative business and others; after 2018, Hema was mentioned in the core business category, other parts of China’s retail business.

And just after Hema was first classified into other quarters, the adjusted profit margin of Ali’s core business revenue fell directly from more than 60% to 43%.

In 2019, Hema was “downgraded” from the independent sector to the sub-business segment of the business group. Hou Yi also changed from reporting directly to Zhang Yong to reporting to Dai Shan. This year, Alibaba Group began to require the Hema business to strive for profitability.

With the rise of community group buying, leading players such as Dingdong Shopping, Xingsheng Select, and Shihuituan have successively completed large-scale financing of hundreds of millions of dollars. Internet giants such as Pinduoduo, Meituan, and Didi have also joined the battlefield one after another. Dongmaicai and Daily Youxian went public within a week and competed for the “first fresh food e-commerce company”, which pushed the boom to the highest point.

At this time, Hema was once again placed in high hopes by Ali.

In June 2021, Alibaba announced an organizational upgrade and fully implemented the management responsibility system. Hema has since then started to take responsibility for its own profits and losses.

However, with the coldness of Chinese concept stocks and Internet investment in the second half of the year, and relevant ministries and commissions taking action to rectify the chaos in the industry, the situation of the fresh food e-commerce industry has deteriorated sharply. Didi’s Orange Heart Preferred has been exposed to shrinking business.

In the new round of organizational structure adjustment, Dai Shan, as the president of the group, is in charge of Taobao (including Taobao, Tmall, Alimama), B2C retail, Taocaicai, Taote and domestic trade (CBU) and other first-level organizations. Form the “China Digital Business Sector”.

It is worth noting that Hema is not mentioned in the new “China Digital Business Sector”. This also means that after Ali further upgraded the “diversified governance” system this time, Hema has transformed from a business group to an independent company, and it is more urgent to achieve profitability.

Of course, it’s not just Hema that is anxious. At the group level, Ali’s life is not easy.

Within the Alibaba Group, a number of business segments have undergone staff reductions and adjustments this year.

In addition, according to the financial report, Ali’s net profit in the last fiscal year was 19.80 billion yuan, a year-on-year decrease of 24%. The largest portion of China’s commercial sector has a rare zero growth in customer management revenue, which means that the growth rate of third-party merchants on Taobao and Tmall platforms has stagnated, and the competitive pressure faced by the retail business is obvious. In addition, the growth rate of Alibaba Cloud and Cainiao has fallen sharply, and the revenue of innovative business has even dropped by 35% year-on-year. 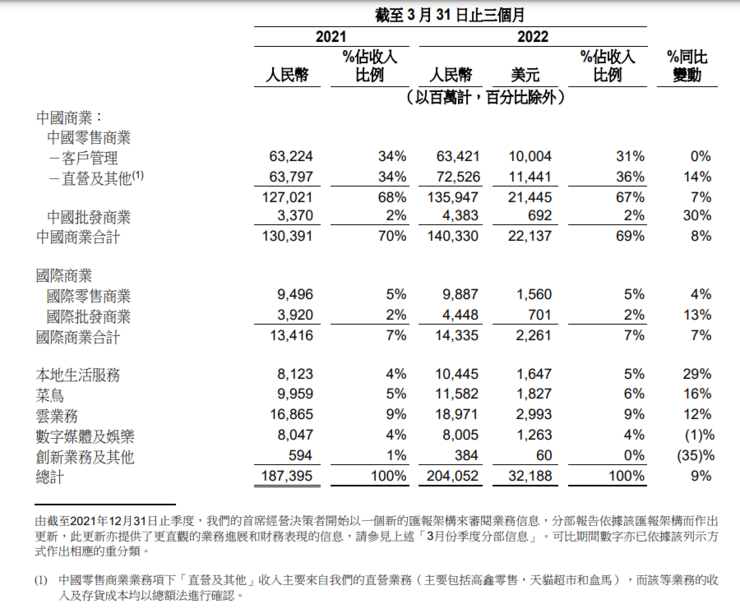 At the earnings analyst conference call, Ali executives introduced that in the first quarter of this year, the growth rate of China’s commercial GMV in Ali’s core business was negative. In April, GMV fell or exceeded 10%, which cast a shadow over Ali’s performance this year.

This article is reprinted from: https://www.leiphone.com/category/industrynews/TMocFNGYGA8O5oDk.html
This site is for inclusion only, and the copyright belongs to the original author.