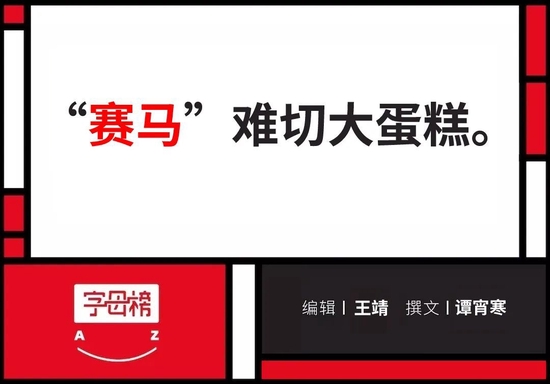 Uncertainty is returning to Tencent.

Tencent has made great progress in the past ten years. One is the rapid growth of its own business, and the other is that it has formed a “League of Legends” with abundant funds and traffic, but now this strategy is failing.

On August 16, Reuters reported that Tencent plans to sell all or most of its stake in Meituan, which will begin this year if market conditions are favorable. On a conference call after the earnings release, Tencent executives responded that news reports about the sale of Meituan shares were inaccurate.

If you think that at the end of last year, Tencent once reduced its holdings in JD.com, and its shares dropped from 17% to 2.3%. It is no longer the largest shareholder of JD.com, and it may only be a matter of time before it continues to reduce its holdings in Meituan; In the future, Tencent’s rebates and repurchases to shareholders will continue.

Tencent once rebuilt a Tencent through investment, but in the context of increasingly strict regulations on large Internet companies, this road has “no way to go”, not to mention that the Internet, whose dividends are disappearing, has left Tencent with few investment opportunities.

In the first half of this year, the net cash flow consumed by Tencent’s investment activities was 47.731 billion yuan, a sharp drop from 101.938 billion yuan in the same period last year.

When alliance-style expansion is no longer allowed, Tencent’s growth logic will inevitably change and return to the path of focusing on its own business development.

Tencent has just experienced an era of very strong growth certainty. The rich mobile Internet dividends not only strengthen Tencent itself, but also benefit Tencent’s allies.

Now Tencent has stepped into a river full of uncertainty. After the mobile Internet, will the next era belong to the metaverse, hard technology, or new energy vehicles? The situation is not yet clear, and Tencent seems to be a little undecided.

What the giants are fighting for is not the present, but the future, because now belongs to them. Once you lose the ability to compete for the future, or even just expose this momentum to the outside world, even if it is rock-solid now, it will affect the outside world’s assessment of it. Lenovo is the most obvious example.

Zuckerberg’s renaming of Facebook to Meta is largely a declaration of “future sovereignty” — if the future belongs to the metaverse, I’ll be the first to plant the flag here. This assertion of future sovereignty is a bit of a bluff, but it is enough to demonstrate its determination to fight for the future, thereby boosting confidence in Meta. And Tencent has yet to find the next territory where it can declare its “future sovereignty” to the outside world. 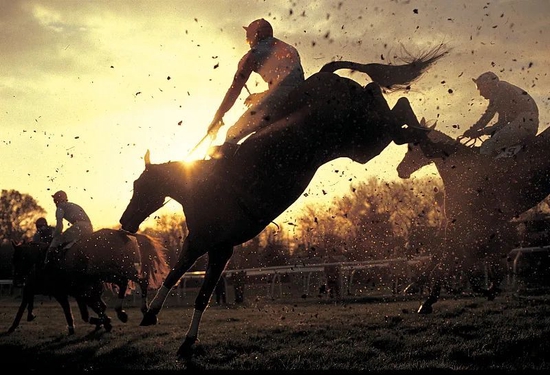 At present, for the future direction, Tencent’s logic is similar to its internal business. It is to wait and see, “race the horse”, let the bullets fly for a while, and see which trend can really emerge. The problem is that if you don’t pre-bet now, you sometimes lose the initiative in the future and can’t cut the biggest piece of the pie. At this point, Tencent has failed at least twice because of its backwardness: once was a content distribution platform dominated by algorithm recommendation, Tiantian Kuaibao lost to Toutiao, and the other was short video, and Weishi lost to Douyin. This is not counting cloud. Back then, Ma Yun, Ma Huateng and Li Yanhong were talking on the same stage. Ma Yun firmly believed that the future belongs to cloud computing, but the other two big bosses disagreed. As a result, Tencent Cloud’s share is now only one-third of Alibaba Cloud’s.

Of course, on the revenue side, Tencent has games and B-side business support. On the traffic side, WeChat is still the largest traffic portal, and the video account has performed well in recent quarters. Tencent’s fundamentals are still stable, and the impact of the epidemic on Tencent is positive. gradually dispersed. Like Ali, due to its size advantage, Tencent will not be completely thrown away by the times in any case. It can even be said that because it has a large amount of funds and traffic, it also has advantages when entering the next era.

But the problem is that Tencent needs to figure out where it will go.

Tencent’s second-quarter financial report is the most concerned about the profit changes. 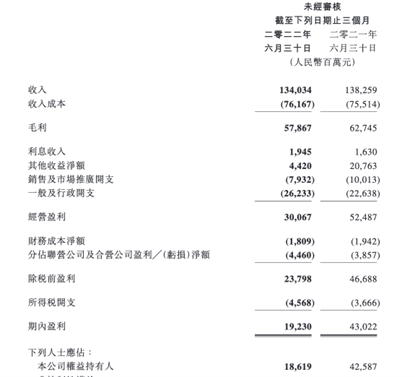 According to International Financial Reporting Standards, Tencent’s net profit fell 56% year-on-year to 18.6 billion yuan. However, this change was largely due to the significant year-on-year decrease in other net income, which fell to 4.42 billion yuan from 20.763 billion yuan in the same period last year.

“For the decision on investment and reduction of holdings, Tencent’s focus has always been on rational allocation of funds. Tencent is very cautious in investment, will continue to invest, and will also consider which targets to reduce its holdings.” Although Tencent executives said on the conference call At present, Tencent’s stock price and investment portfolio value are seriously undervalued, but it can be expected that the era of the past that brought Tencent 10 to 20 billion investment income in a single quarter is gone.

The reason for the month-on-month increase in net profit is to control costs, and Tencent has also lived a life of austerity. The specific measures are nothing more than cutting projects, laying off employees, and reducing marketing expenses.

Among Tencent’s three major business segments, the cost of revenue from online advertising business dropped the most year-on-year, at 5%. Among them, the company’s strict management of content costs is related to the natural reduction in distribution costs caused by the decline in business revenue.

Changes in selling and marketing expenses and general and administrative expenses best reflect Tencent’s tightening of its belt. Among them, sales and marketing expenses decreased by 21% year-on-year to 7.9 billion yuan, and also decreased from the previous month; general and administrative expenses increased year-on-year, down 2% month-on-month to 26.2 billion yuan.

The financial report faithfully recorded the dynamic changes of Tencent’s project cuts and layoffs in the second quarter – the quarter-on-quarter decrease in general and administrative expenses was due to “optimized staffing and control of employee costs”, and the year-on-year decrease in the cost of revenue from financial technology and enterprise services business was due to “ Reduce loss-making projects”.

Judging from Tencent’s actions in recent months, Tencent seems to still have room for compression in terms of cost: starting from mid-August, Tencent has cancelled restaurant benefits for some outsourced employees, and subsequent use of the canteen will be charged; in addition, the company’s restaurant no longer provides free lunch boxes, And free fruit with meals, if you need to buy it yourself.

Once a company has entered a stage where it has to cut various expenses to maintain profits, it often means that the company’s revenue growth has stalled.

In the first quarter of this year, Tencent’s online advertising has fallen sharply, down 18% year-on-year, but fortunately, thanks to the growth of the financial technology and enterprise services sectors, the revenue in the first quarter was flat year-on-year; in the second quarter, value-added services including games Business, fintech and enterprise services have all stagnated in growth, and Tencent has been caught in a situation of declining revenue. 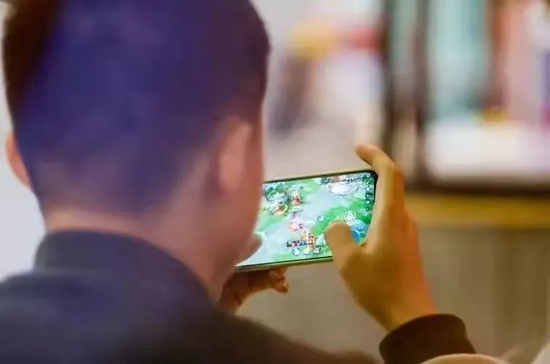 The impact of the epidemic has weakened and the revenue of video accounts has increased. It seems that Tencent’s revenue will improve in the third quarter. Another business that may improve is games.

For Tencent, the best days are over, but within the year, the worst days are also over.

There are no surprises, and fortunately, there are not too many shocks – Tencent’s second-quarter financial report can be summed up in this way. The negative impact of the epidemic and the economy on Tencent’s revenue has mostly been expected, but it also lacks bright spots.

Regarding future development, Tencent’s financial report said this: We will focus on improving business efficiency and adding new revenue sources, including launching information feed advertisements in video accounts, and continuing to promote innovation through research and development; about half of the company’s revenue comes from financial services Technology and corporate services and online advertising, these businesses directly benefit from overall economic activity – the only video accounts that Tencent clearly pointed out as a revenue growth for the company.

It seems that Tencent’s focus is still on cost reduction. “In the company’s first wave of cost control measures, we have seen a significant drop in market expenses. It is expected that the effect will gradually appear in general administrative expenses in the next few quarters, including some Personnel and salary adjustments.” Tencent executives said on the conference call that the second wave of cost control measures is mainly business adjustments, and the company has also made cost adjustments for high-margin businesses including video accounts, ” We are well positioned to resume year-over-year earnings growth with the macro environment unchanged.”

Reducing costs alone obviously cannot find a ticket for the next era for Tencent.

Tencent is facing a situation full of uncertainty. Games, finance, and advertising are all likely to encounter regulatory storms or economic impacts.

Of course, Tencent is huge enough and its fundamentals are stable enough. The crisis may come in many years, or even not come, but it is obviously necessary to plan ahead.

WeChat was born, and it was once considered by the outside world to be the ticket of the mobile Internet era obtained by Tencent. The era transition from PC Internet to mobile Internet is still in the scope of the Internet, but the opportunities in the next era may not be in the Internet at all. The terminal is not an area that Tencent is good at. Tencent needs to prepare earlier. 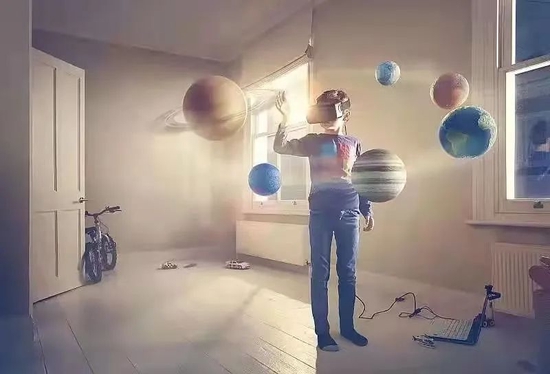 At present, the Metaverse is not a firm choice for Tencent to find the future, and it is not clear which ticket Tencent will compete for.

In addition to its own business, Tencent’s investment thinking also had to change. When reducing its holdings in JD.com, Tencent once said that Tencent Investment will continue to explore new tracks and new opportunities, especially cutting-edge technology and the digitization of the real economy.

The change in the investment track is a relatively superficial change. The development logic that Tencent also needs to change is that it has transitioned from the previous alliance-style investment of wide-ranging allies to a relatively loose investment cooperation, relying on traffic to help allies. .

Obviously, facing the future, Tencent needs to bet more firmly. But the paradox is that in the face of uncertain opportunities, betting means increasing costs and expenses. In the case of stagnant revenue growth and an uncertain economic environment, this is an inhuman choice.

How to choose is a difficult problem for Tencent in the Internet era.

This article is reproduced from: http://finance.sina.com.cn/tech/csj/2022-08-18/doc-imizirav8670266.shtml
This site is for inclusion only, and the copyright belongs to the original author.