The Ideal L8, originally planned to be released in November, was unveiled two months ahead of schedule.

On the last working day before the “November” long holiday, Li Auto released new cars L8 and L7 – two SUVs that are very similar in size, configuration and price. The biggest difference is that the former has six seats and the latter five. L8 and L7 have high (Max) and low (Pro) configurations respectively. After four years of ideal car sales, the product line and price band have been greatly expanded for the first time.

The parameter configuration is basically expected, and the L9 released earlier is different from the body size and some comfort configurations. Others are basically the same or similar in performance. Even the standard wheel style is almost the same. This will help dilute costs during production, and Li Auto should still have a chance to maintain a high gross profit margin. Both L7 and L8 are available for pre-order from now on. The former is expected to be delivered from the end of February 2023, while the latter is expected to be delivered in November this year. Li Xiang, chairman of Lixiang Automobile, said at the press conference that this month, the delivery of their current flagship product, L9, exceeded 10,000.

According to a research report by CITIC Securities, in the past ten years, both self-owned and joint venture brands have sold explosive products, but most of them are random and lack sustainability. Ideal cars may be an exception.

However, the decline in sales of Ideal’s new and old products during the transition period has attracted market attention, especially when the sales guidance for the third quarter of this year was lowered on September 26. During this period, some outdated remarks and after-sales practices of the founder and the company caused heated discussions among car owners. With the development of electric vehicles today, from foreign investment to joint ventures, from independent to start-up, the product characteristics are approaching, the price band is converging, and the competition is fierce.

This month, Xiaopeng Motors also released a new car, the G9. After experiencing disputes over product strength and pricing, the US stock market broke and the stock price continued to hit new lows. The ideal of solving mileage anxiety by burning oil while enjoying the dividends of the new energy policy also experienced a month-on-month halving of sales in August. (Gong Fangyi)

Zuckerberg has worn Brunello Cucinelli’s gray T-shirts for years, and rarely goes out in formal clothes. But for a year, he wore a tie to work every day to underscore how the economic crisis was a growth opportunity.

“In a recession, when everyone is shrinking, great companies invest more and grow faster. But great companies also make sure their finances are strong and sustainable. My tie shows how important and serious this year is, and I’ll play it every day. The tie underscores that,” the Facebook founder, who was only 24 at the time, wrote in his New Year’s resolutions, the first New Year’s Day after the financial crisis.

When the economic environment is bad, well-funded, enterprising companies are often willing to take risks to expand. Also catching up with the 2008 financial crisis, Jack Ma wrote a letter to all staff to warn of the arrival of the cold winter, and proposed a “big Taobao” strategy to connect a large number of Chinese factories that lost overseas orders to Taobao, and hatched the later Tmall. Earlier, after the Nasdaq bubble burst, Google sent people across the U.S. to buy data centers and networking facilities that other companies sold off, allowing the company to compete with its rivals with cheaper bandwidth later.

But this year, “great companies” don’t work. This week, Zuckerberg said at an all-hands meeting at Meta (Facebook) that the company will freeze hiring and take steps to cut costs, including reducing headcount on many teams. For the first time in its 18 years of existence, Meta has shrunk.

At the beginning of the outbreak of the new crown epidemic, many companies around the world saw this as an opportunity to expand, but those who expanded the most have already learned their lesson.

Similar adjustments are taking place from Silicon Valley to Seattle, from Beijing to Shenzhen and Hangzhou to Singapore. Zhang Yong of Haidilao opened hundreds of more stores after the epidemic, causing losses of billions of yuan last year, and announced the closure of more than 300 stores at the end of the year. Amazon’s Bezos decided to open new warehouses and hire hundreds of thousands more blue-collar workers before leaving office, and now his successor is subletting the vacant warehouse. Shopee launched in 7 new markets a year, and laid off staff and closed businesses in batches in September this year.

Entrepreneurs are an exceptionally adventurous group of people. After the Covid-19 outbreak, many of them saw an opportunity. But this time, the world has changed so much that the risk is even more than they are willing to take.

After Zuckerberg announced the contraction, Meta’s head of people emailed that the company’s teams would have very tight budgets in 2023. Their pessimistic expectations for the future will persist for some time. (Huang Junjie)

On the earnings call, analysts were most concerned about Nike’s inventory. Inventories in the third quarter increased significantly by 44%, of which the North American market increased by 65%, mainly due to the increase in in-transit inventories due to supply chain fluctuations. Nike CFO Matthew Friend said that in the second half of the year, it will increase discounts to digest inventory and tighten product purchases. (Intern Zeng Xing) 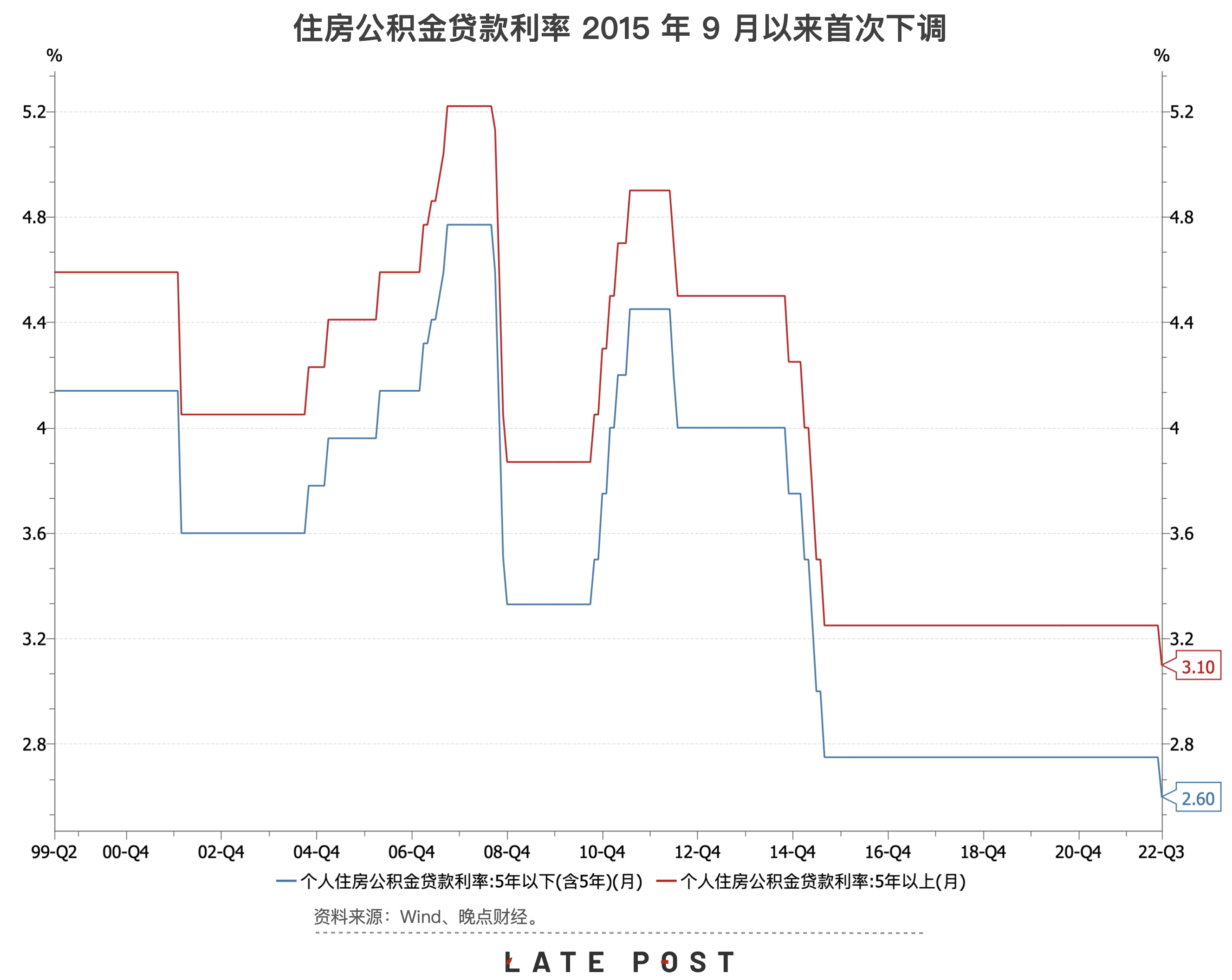 6 new cases of local asymptomatic infections were reported in Shanghai.

From October 1st, the personal income tax can be refunded for buying a new house within 1 year of selling the house.

According to the announcement issued by the Ministry of Finance, from October 1 to December 31, 2023, taxpayers who sell their own homes and repurchase within one year can apply for a refund of personal income tax arising from the sale of old homes.

The official manufacturing PMI returned to above the boom line in September.

The reading for the month was 50.1%. Among them, the purchase price of raw materials and the production index were higher than 50%. The export order index was 47%.

The domestic passenger aircraft C919 will be delivered by the end of the year.

Xinhua News Agency reported on September 30 that COMAC’s C919 jet passenger aircraft received a type certificate issued by the Civil Aviation Administration of China after completing all airworthiness certification this month, passing the most important test before mass production and delivery.

Tims China’s US stock market broke on the first day of listing.

Another Internet giant’s gaming business has suffered setbacks, and Google will shut down the Stadia platform.

Google announced that it will officially shut down the cloud gaming platform Stadia on January 18 next year. The platform was launched less than three years ago, and some of the features originally announced have not been realized. Phil Harrison, the general manager of the platform, said it was closed because the appeal did not meet expectations. All players who have purchased hardware and games will have until mid-January next year for a full refund without returning hardware products.

SoftBank Vision Fund to cut at least 30% of its workforce.

According to media reports, the Vision Fund, which caused a huge loss for SoftBank Group, has begun mass layoffs. People familiar with the matter said the layoffs will be at least 30%. The employees of the Vision Fund’s major business areas such as the United States, the United Kingdom and China have been affected by layoffs to varying degrees.

Leapmotor fell more than 20% the day after it went public.

Leap Motor’s stock price almost halved in two days after its listing. On Friday, Leapmotor closed down 22% at HK$24.8 per share, after closing down 33.5% the day before, the largest first-day drop among new stocks listed so far in 2022.

The founder of MINISO will buy US$5 million of his own stock after the share price falls by half this year.

MINISO plans to repurchase shares worth up to US$100 million in the open market, and Ye Guofu, the founder and chairman of the board, plans to spend up to US$5 million to increase his shares in the next year. On Friday, MINISO Hong Kong shares closed up 11.17%. As of fiscal year 2022, MINISO’s annual revenue was 10.09 billion yuan, a year-on-year increase of 10%, with a net profit of 638 million yuan, compared with a loss of 1.42 billion yuan in the same period last year.

This article is reproduced from: https://www.latepost.com/news/dj_detail?id=1332
This site is for inclusion only, and the copyright belongs to the original author.