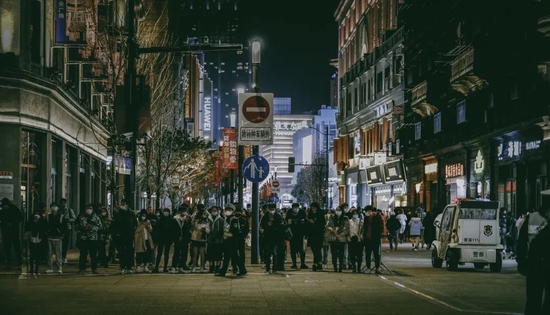 People do not live in a vacuum, and neither do enterprises. In order for enterprises to create wealth, they must be given space for survival and development, and their social contributions must be recognized. Let the company operate with peace of mind, so that you can work with peace of mind.

Recently, the news of “the well-known new energy vehicle company Ideal Automobile has been exposed to the breach of the contract of fresh college students” spread like wildfire. I am a senior “black fan” of the new energy vehicle industry, and I paid special attention to it. According to the information disclosed in public reports, the general situation is as follows:

Li Auto recruited a group of students who will graduate in 2022 this spring. They received Li Li’s email in May. According to a screenshot of the email spread online, “Due to Li Auto’s recent adjustments to its business structure, a small number of schools have not yet joined the company. Recruiting students will face transfer interviews…”.

Although the email did not explicitly mention “termination”, I understand what “transfer interview” means. 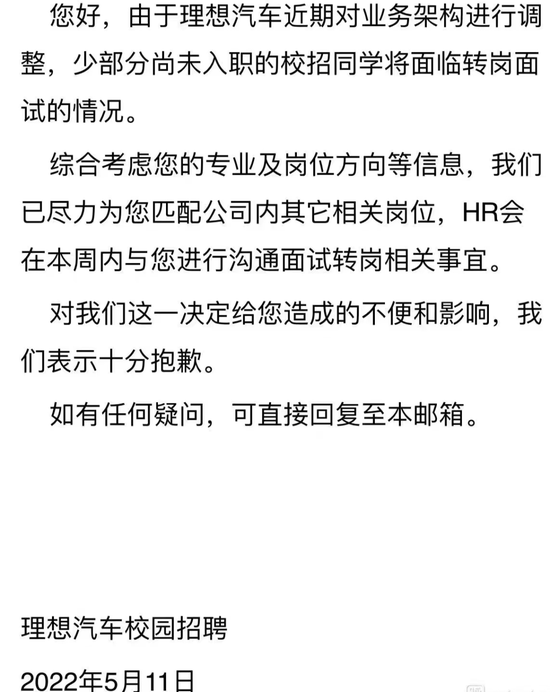 Li Auto was also frank when interviewed by the media. Said that for the enrollment of the affected schools, “a plan for job transfer selection and contract termination compensation is provided, and is currently in communication with relevant students”, basically acknowledging the online rumors. It also said that for students who do not have suitable positions, compensation for one month’s salary will be provided, which exceeds the amount of liquidated damages in the contract signed in the agreement.

This is not a pleasant result, and the parties concerned expressed their anger that “this kind of company is not worthy of being established and will go bankrupt as soon as possible” is understandable.

But, in all fairness, blaming the ideal car is neither helpful nor justified.

What happened to “ideal”

A grain of sand of the times falls on everyone’s head and becomes a mountain. Falling on the head of a company with a scale of 10,000 people, why not?

As for the annual loss of 320 million yuan, it is normal in the industry. At present, the new energy vehicle industry is generally in the stage of burning money to expand the scale, and the ideal is no exception. This kind of performance is not very good, at least “one more year” is no problem.

Therefore, Li Auto did not intend to dig a hole when it recruited students in the spring in February and March. Who would have thought that the ideal car would reach such a level two months later.

In fact, the sales performance of Ideal in the first quarter is also justified. From January to March, the delivery volume of the flagship finished product “Lixiang ONE” was 31,700 units, a year-on-year increase of 152.1%.

However, the data in April collapsed, with only 4,167 vehicles delivered, a month-on-month decrease of 62.2%, and more than half.

On April 20, Li Auto officially announced the “Delivery of Li Li Auto” without any suspense. 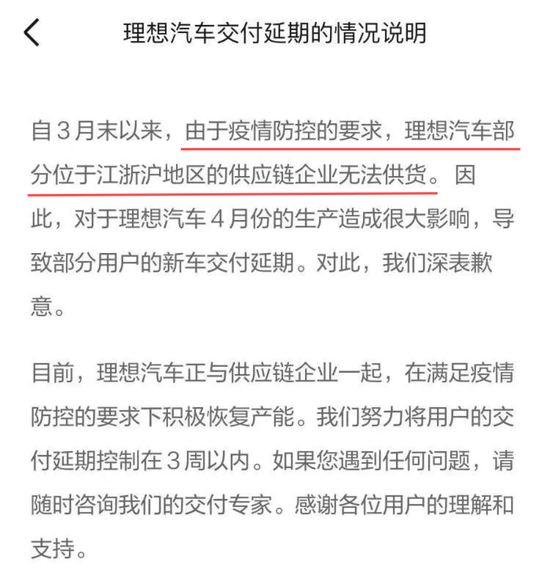 Undeliverable, shutdown crises mean cash flow dries up. To make matters worse, car manufacturers cannot build cars, and the confidence of the capital market is shaken. The ideal stock price has not recovered since the beginning of April, the “value” has shrunk, and the space for capital movement is limited. A series of “force majeure” blows put a large-scale enterprise on the line in just a few months.

Under such operating conditions, it is a helpless move to lay off employees to survive. “Breaking the contract” means that it is serious, and the breach of contract will pay liquidated damages according to the breach clause, which is the least bad result.

It’s not that I don’t sympathize with the fresh graduates who fell into the pit after the first step out of the school, but sympathy is not helpful.

Even if you successfully “transfer” and stay, what can you do? If you stop for another month, the existence of the ideal car will be a problem.

Even if I get the news that “ideal is dead” earlier, is there a better choice? What about the “new force” Xiaopeng Motors next door? 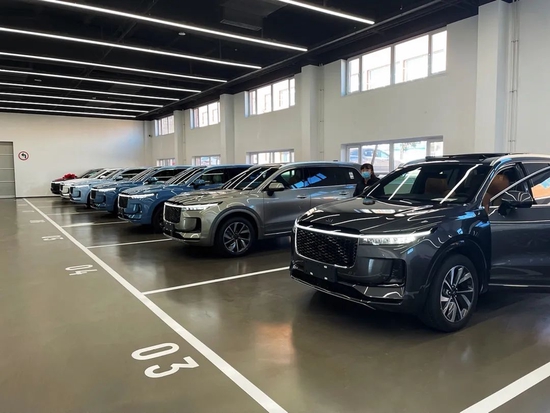 ▲The ideal car parked in the garage (Picture/Internet)

Almost at the same time as Ideal announced the “delayed delivery”, He Xiaopeng also publicly stated that it “faces the crisis of production suspension”, and Xiaopeng Motors also suffered a “half cut” in its share price.

A grain of sand in the times is bigger than everyone expected, and unexpectedly smashed a big hole.

The reality gave these college students the first real-life economics class: without the survival and development of enterprises, there would be no jobs, let alone career prospects.

The economy has always been more turbulent than imagined. Especially the college students who hide in ivory towers and watch society like watching variety shows, their understanding of the economy only comes from yellowed textbooks.

So, they were overwhelmed by reality. The reality has taught them that the economy is not the scenery on the other side, but the livelihood of countless people, including themselves.

The real version of economics class does not have fancy word games, but the simplicity and clarity of economics as a business. Whether it is distribution or consumption, it is inseparable from the creation of wealth. Wealth is never distributed, but created by enterprises. The function of enterprises to create wealth is irreplaceable.

Many young idealists are keen to give companies all kinds of “social responsibilities” and wish to make the company a charity, but they forget how important it is for companies to create wealth. A company that does not do charity may not be a good company, and a company that cannot create wealth must be a bad company. This is the original intention of capital seeking profit.

When many people indignantly curse “capital seeks profit”, they forget that they are also profit-seeking. Old and young, don’t feel like a saint in a vacuum. 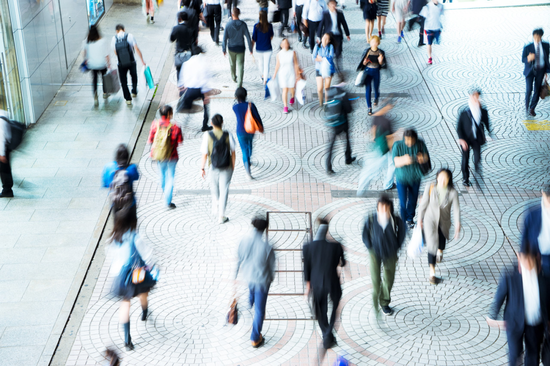 Economic development is the common interest of all members of society and should be the highest priority. Let alone be suspicious of “capital evil” all day long. It is evil not to let enterprises create wealth at the expense of others and themselves.

It’s easiest to blame the business. All economic failures are due to the fact that the company is not doing well enough. No matter how good the ideal car is, it will not let those young students step on the thunder before they leave the school. When an enterprise is in trouble, should it be asked, how much is a natural disaster and how much is a man-made disaster? Natural disasters are avoided, but have we done our best to avoid man-made disasters? Have we created an environment that allows businesses to do well?

The fundamental question is, are we fully aware of the importance of economic development?

In Chinese society, there is a very strange phenomenon. Everyone attaches great importance to their own jobs and their own economy. However, when it comes to overall economic development, it is not so important. At every turn, economic development makes way for this and is overwhelmed by that.

I don’t feel bad about smashing other people’s jobs, it’s my turn to know it hurts.

However, until it hurts, I don’t know how it hurts, it’s still the old tune of “capital is evil”.

If the predicament of the ideal car is not solved, there will be no more jobs after scolding “capital is evil” 10,000 times. The ideal car really collapsed, and it was Wan’s job that was smashed. If China’s tens of millions of private enterprises fail, then 80% of their jobs will be lost.

Remember your own pain, and don’t ignore the pain of others. Economic development is related to everyone’s jobs. If the economy fails, most people will be unlucky.

Don’t think there are “hardcore crops” in the world. Without enterprises to generate tax revenue, the bowl of “financial rice” will be empty, and state-owned enterprises will also be laid off. Yin Jian is not far away, why did you forget it?

Treating enterprises kindly means treating China’s economy kindly, and treating yourself and young people kindly. It is a pity that many of our young people are “fun and stingy”, always thinking that they can step on the pits that their predecessors stepped on into colorful clouds.

If reality doesn’t keep us awake, prepare to face a harsher reality. In the real economics class, one lesson is more expensive than the other.

*The title image comes from the idea of ​​​​the worm

This article is reproduced from: http://finance.sina.com.cn/tech/csj/2022-05-13/doc-imcwipii9623090.shtml
This site is for inclusion only, and the copyright belongs to the original author.