It’s not a loss to buy a brand new CD case for 1 cent.

Since its release in 2019, the word of mouth has plummeted, “Anthem” has been in a very embarrassing situation. Although Bioware had promised to remake Anthem, which also inspired some players to buy the game, the production team’s announcement last year to stop development once again shattered people’s expectations.

Most players may have already given up their thoughts on the current “Anthem”, and there are only a small number of players who want to take a look at the game before the server stops. For the latter, this raises an interesting question: How much does Anthem cost now?

After many discounts and price reductions, the price of Anthem has plunged from $59.99 when it was released to about $6 today, and the price in the second-hand market is even lower, and $2 is already a very good deal. .

It’s just that this is far from the lowest price that “Anthem” can achieve. According to foreign media Kotaku, “Anthem” recently appeared in GameStop, the largest game retail store in the United States, with a price of $0.01.

The news first appeared in the “Anthem” section of the Reddit forum on July 1. When a netizen found out that “Anthem” only cost 1 cent, he bought 37 copies and went home. He also spent only $0.41 on all sales plus tax, and he even got a lot back for paying with $1 bills. Converting 0.41 US dollars into RMB is about 3 yuan, which is equivalent to the price of a cheap ice cream. This transaction is obviously very cost-effective.

And after the news spread, a TikTok blogger @clocklava also decided to try his luck at a local brick-and-mortar store, and happened to come across “Anthem” that was being sold for 1 cent. The store clerk explained to him that the store usually removes poorly-selling games from the shelves, but sometimes it will be hung up for 1 cent to be disposed of. 1 cent means the game is so bad they don’t even want to recycle it.

When the blogger paid the bill and couldn’t find a penny, the clerk even paid for him directly. “If this isn’t a bad game, then I don’t know what is,” Clocklava said.

Although he had a lot of fun later, it fully shows that 1 cent is worth it

In the comments reported by Kotaku, you can also see employees who worked at GameStop before explaining that the things that are removed from the store are often very outdated games and manuals. According to the basic principles of work, employees should actually The goods are taken down, destroyed and then thrown away – but fortunately most people don’t do this, so there is room for leaks. Instead of time-consuming and laborious destruction, it is better to directly put up a symbolic price and let people take as much as they can.

It’s just worth noting that the price of 1 cent is a sight that can only be seen in some GameStop physical stores, and GameStop’s online store still retains the original price of $59.99. Microsoft’s XGP members have had Anthem since 2020,
But this brings up the second question, is it just to open the XGP value for “Anthem”? 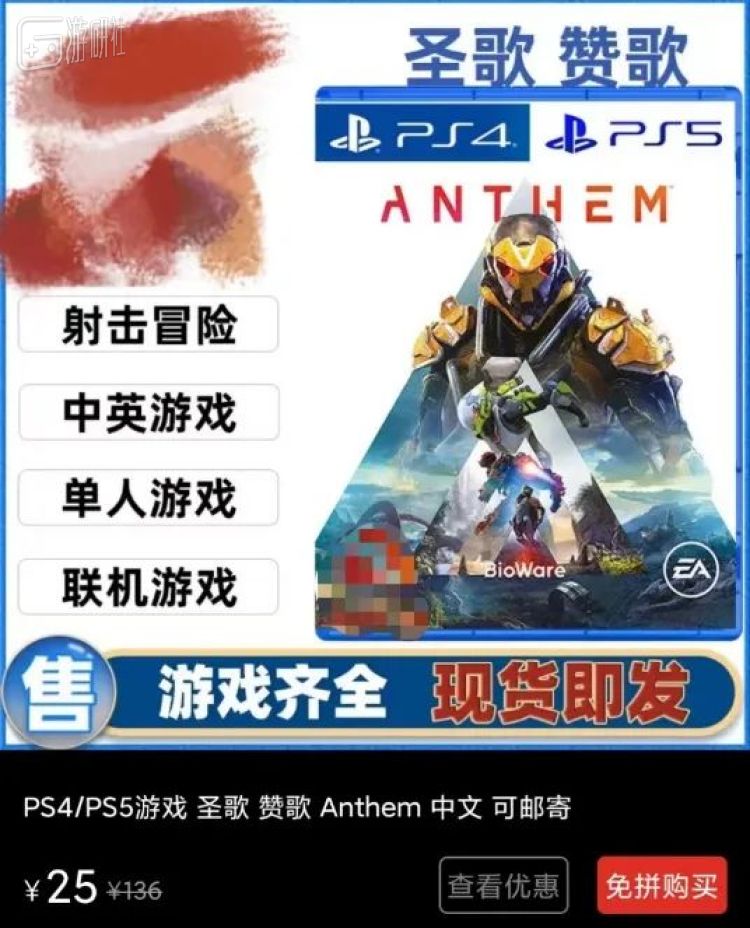 This article is reproduced from: https://www.yystv.cn/p/9467
This site is for inclusion only, and the copyright belongs to the original author.