DOOM can appear on any machine with a screen, even a tractor.

In view of the fact that we have reported that DOOM runs on various strange platforms including electronic pregnancy test sticks, smart refrigerators, and ATM cash machines in the past, I believe that everyone has been surprised by its “multi-platform adaptability”. However, recently, this game has not only successfully landed on the console screen of the tractor, but has also become a representative of the “anti-monopoly” of foreign farmers.

John Deere is the largest agricultural machinery manufacturer in the United States, mainly producing large-scale machinery for farming, harvesting, weeding and other agricultural purposes. The joystick evolved into an electronic screen with buttons: For farmers, having smarter operating systems and tools was originally a good thing, but then they discovered that once these high-tech gadgets broke down, the repair cost was likely to be several times the original.

In the past, if a piece of agricultural machinery broke down, farmers could use years of operating experience and mechanical knowledge to troubleshoot the problem. Even if they couldn’t deal with it directly, they could entrust it to a third-party maintenance agency with a lower price.

But since the replacement of these more sophisticated electronic screens, the tractors that farmers were familiar with are now like a strange technological black box, unable to deal with the problem in person, and can only contact the manufacturer of the equipment, that is, Deere Corporation. Maintenance equipment.

Although farmers have long complained about this monopolistic behavior, Deere has always insisted on such a design in the name of “software copyright” and “user network security”.

As early as 2015, Deere claimed that farmers could not repair the company’s farm equipment without permission because they did not have the copyright to control the software inside the tractor. In addition, because these devices collect personal information such as users’ names and farm addresses, “maintaining user privacy and security” is also the reason why Deere has always refused third-party repairs.

But recently, a hacker named “Sickcodes” successfully demonstrated a security flaw in Deere’s software system at the DEF CON information security conference in Las Vegas — on the podium, he showed the audience I learned how I rooted the company’s operating system and successfully played DOOM on the screen of a tractor. 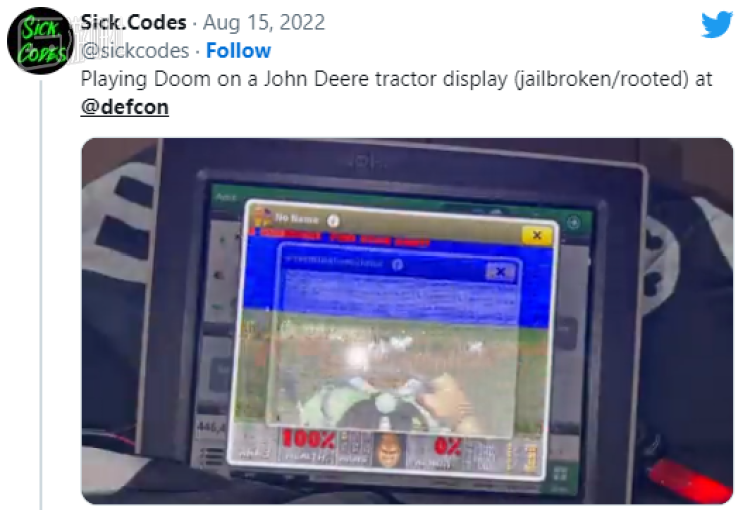 In addition to the operating system, the hacker also said there were loopholes in Deere’s website and app, where he could easily retrieve farmers’ names and addresses, for example. In addition to proving the company’s incompetence in maintaining software information security, these actions have brought a new hope to farmers – they can finally root their equipment’s systems and deal with failures themselves. 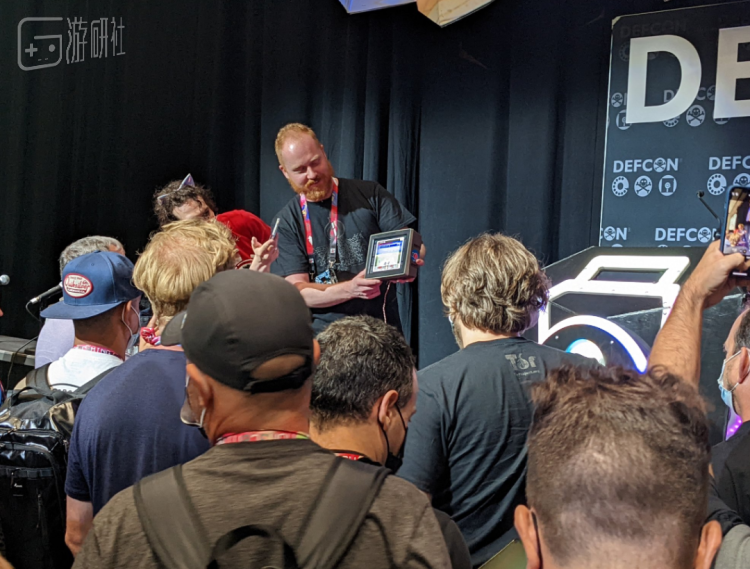 Hacker presents his work at the conference

At present, Deere has not issued any further clarifications on this incident, but because their products are very widely used in the United States, whether it is for farmers or companies, this “cross-platform porting” of DOOM will be make a huge impact.

This article is reproduced from: https://www.yystv.cn/p/9610
This site is for inclusion only, and the copyright belongs to the original author.