I’m really happy that I was slapped in the face. In July, BYD’s sales were higher than the upper limit I predicted. A total of 162,530 units were sold, a year-on-year increase of 183.1%. Before analyzing the sales, I want to share with you To share a passage, we have all experienced some things in the past two days, and everyone has a lot of insights. I also know that many people will feel sad and disappointed, but let’s take a look at a tweet sent by BYD people today.

Some things we don’t do will always have to be done. Some problems will not be solved if our generation does not solve the next generation.

Missions and dreams destined us to choose a arduous road. We grit our teeth and persevere in the face of doubt, opposition and disappointment

In 2005, BYD developed its first zero-emission pure electric vehicle, the F3e. In 2008, BYD released the world’s first new energy vehicle that does not rely on professional charging stations, the F3DM. … From inaccessible to bustling, we are always doing a proof question to prove that the world will eventually be changed

Use technology to win competition, use development to win respect, and use responsibility to win the future. No enterprise’s success is destined to be strong, and it must rely on its own self-improvement.

I think this sentence is not only a reflection of BYD’s heart, but also a microcosm of us and the whole country. I hope everyone will not be so negative, and look at the problem more positively. We should be self-improvement.

1. The overall environment in July was actually not good. Wei Xiaoli all experienced a month-on-month decline of more than 20%. The China Passenger Transport Association predicted that the total sales of new energy in July would be 450,000, which means that BYD once again completed the adversity. The domestic market share has reached as high as 36%;

2. BYD has completed an almost impossible feat this month. A total of 6 models have exceeded 10,000, two of which exceeded 30,000, and 3 models exceeded 20,000! Any one taken out is twice or even three times as much as the new forces;

3. BYD is currently in full swing, and will have a high probability of directly breaking through 200,000 vehicles in August;

4. The current average price of BYD’s products is about 180,000 yuan. It will be available in August. The seals that exceed 10,000 yuan in September will help BYD’s average price to rise to a higher level.

In June and July, BYD exported 4,026 vehicles, and overseas trips have gradually started. It is conservatively estimated that the total export volume will be around 30,000 this year and around 150,000 to 200,000 next year.

7. The total sales volume of BYD from January to July has reached 800,000. The lower limit of this year’s sales is 1.8 million, and the upper limit is about 2.1 million. Next, let’s look at the single models. The Han family continued to maintain a high level and won 25,849 vehicles. Among them, Han DMI delivered 13,107 vehicles and Han EV delivered 15,721 vehicles. Obviously, Han EV has accelerated its pace. At present, the Han EV Genesis Edition +The proportion of Qianshan Cui is close to 65%, which is far more than 20 Han EVs, which fully demonstrates the high recognition of this product by consumers, and the delivery of Han DMp has also started in August, and the Han dmi242 In August, the chariots arrived in stores one after another, and mass delivery began in September. It is estimated that in the fourth quarter, the average price of Han family products may exceed 260,000, and the average monthly sales will reach 33,000-35,000. 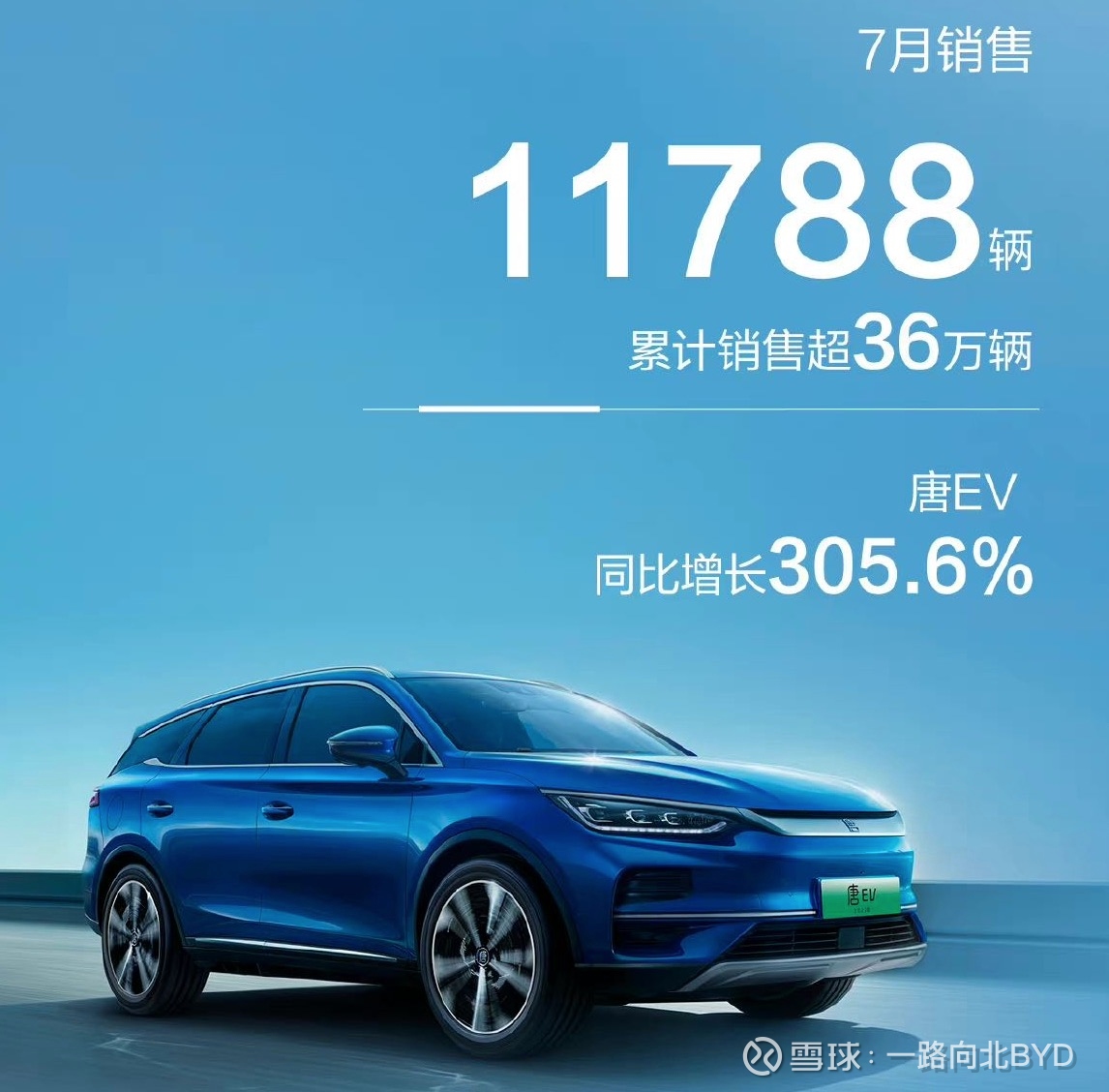 The Tang family was the biggest variable in my previous prediction, but from the perspective of the results, the sales volume reached 11,788, of which Tang EV only contributed 1,127, and the remaining 10,661 were all Tang DM-i. The increase is not large, but it is not such a sales volume. It will probably stabilize at around 4,000 per month. At present, the production capacity should be more inclined to the dmi version. In addition, Tang dm-p will contribute a lot of sales in August. If everything returns to normal in the Tang family, the monthly average sales should be able to steadily climb to 20,000+ 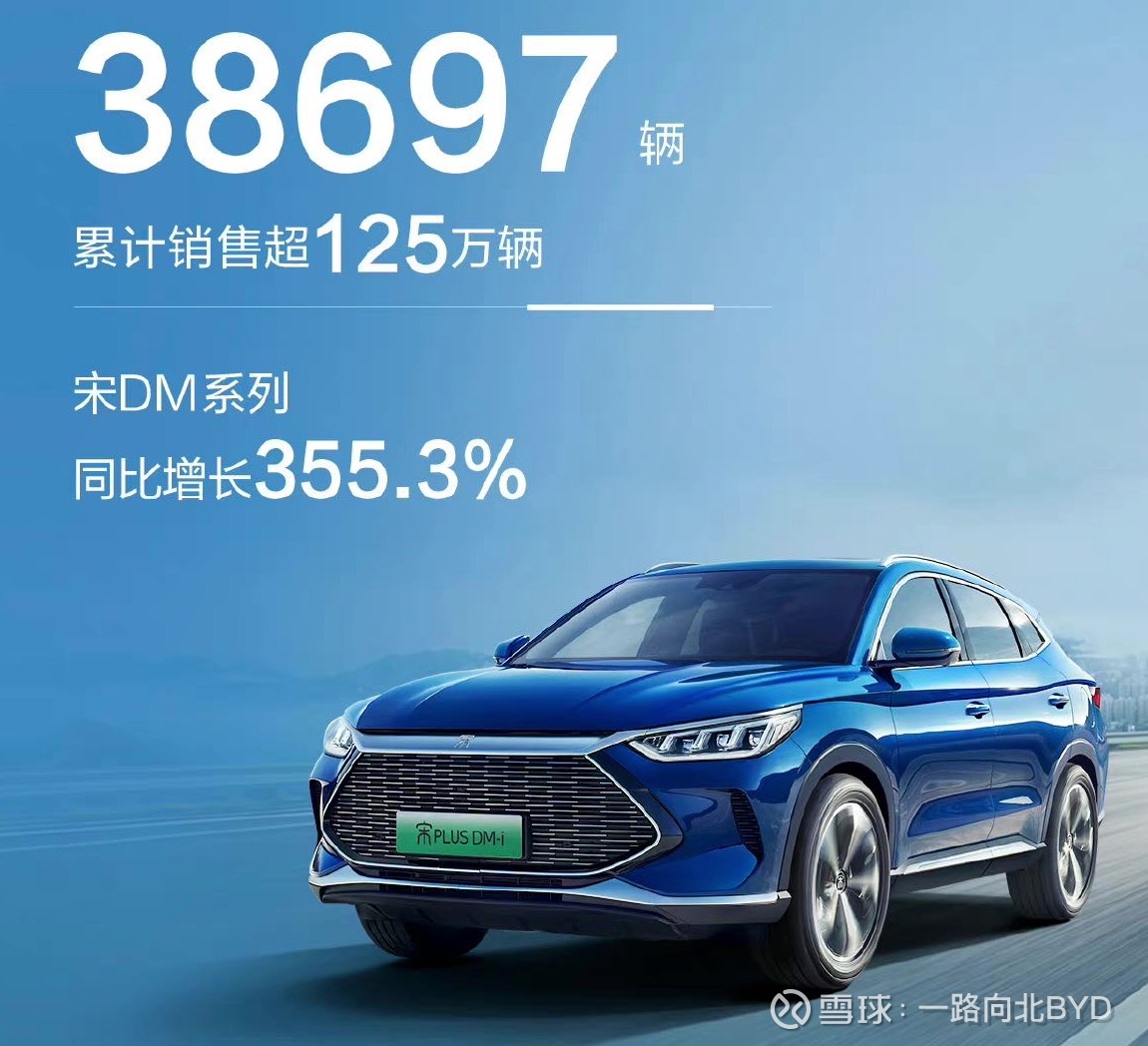 The Song family is the key to the surge in sales this month. A total of 38,697 vehicles were delivered, of which 13,524 Song PLUS EVs were delivered, and a total of 25,173 Song DM-i versions were delivered, including Song PLUS PRO and MAX three, MAX7 8 Production has been discontinued in July, and only small batches of inventory have been delivered in July, while PRO only accounts for about 1/4 of the PLUS vehicles. It is estimated that the delivery volume of Song PRO is about 5,000 vehicles. Compared with last month, it has improved, but in general, the proportion of PRO is still too low, which may be due to the fact that there are too many plus orders. 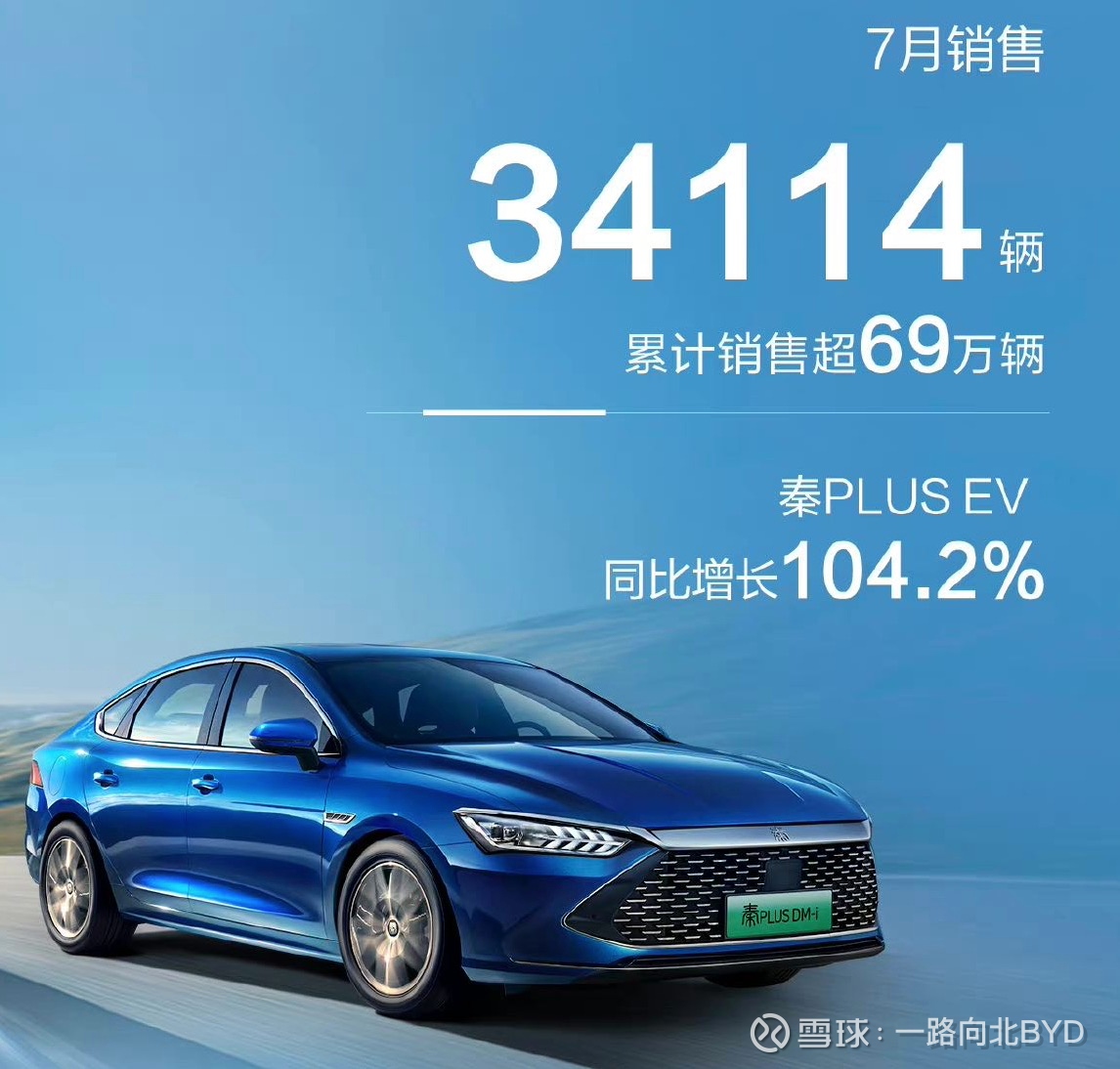 The Qin family finally broke through the 30,000+ mark. So far, all Qin and Song have reached the 30,000 mark, waiting for the Han family to join in the fun. Among them, Qin PLUS EV has delivered 10,908 vehicles, and Qin PLUS DM-i has delivered 18,871 vehicles. At present, the total production capacity of the Xi’an plant is infinitely close to 7w. It is very likely that the third phase will be put into production in August. Visit, and when the time is right, I will show you what the latest production line is like.

Oh, by the way, I can ask you a question by the way. I wonder if everyone is interested in the production process of Changzhou seals. If there are many people who are interested, I plan to pay for a visit this month… 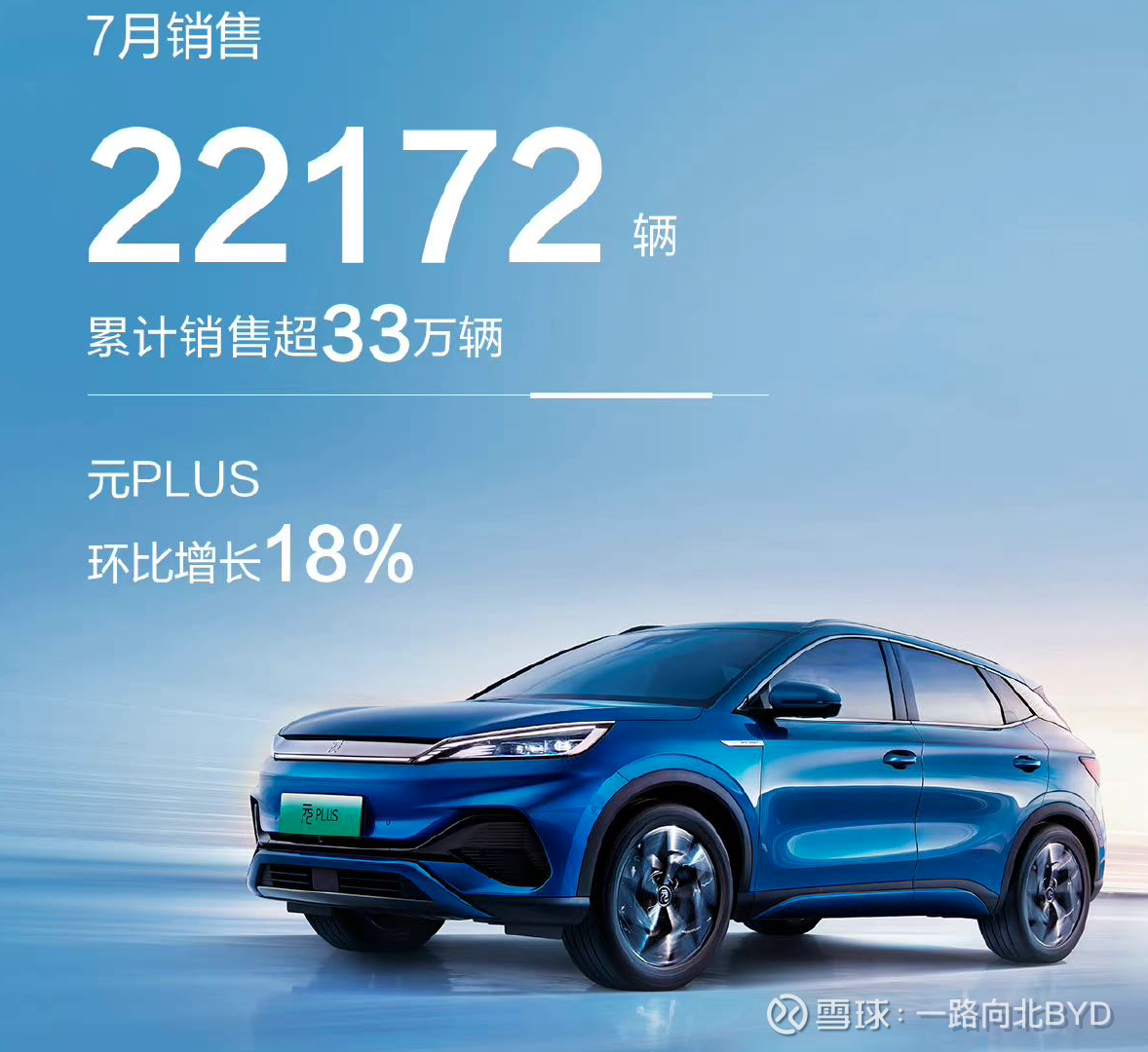 Unexpectedly, the Yuan family won 22,172 vehicles, of which the Yuan plus delivered 19,532 vehicles. The veteran Yuan pro is about to stop production. Compared with the Dolphin, the price-performance ratio of this car is indeed slightly lower. Someone asked me a few days ago that neither the seal nor a certain model has been officially delivered. Why do you judge that the seal is more stable and comprehensive? I think the sales of Yuan PLUS and Dolphin can explain a lot of problems. 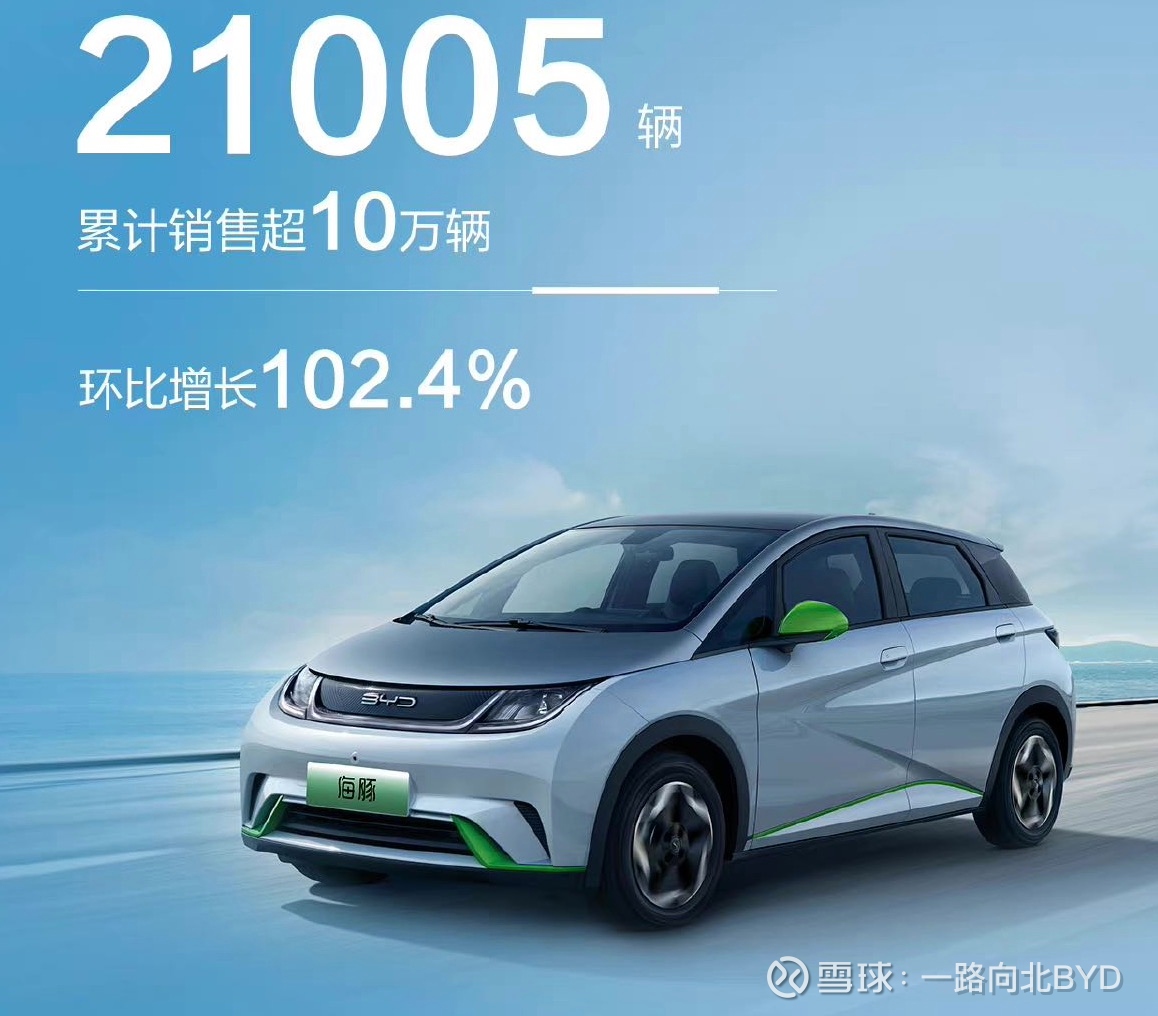 The Dolphin also rushed to the 20,000 mark. To be honest, even me, when the Dolphin was launched, I never expected it to have such a strong combat effectiveness. I remember that I predicted that 6000-7000 vehicles would be sold by many people. Ironically, but now it has more than tripled. What’s even more frightening is that Dolphin’s current orders are very abundant, second only to Song Plus. After the production capacity is expanded again, Dolphin’s sales will reach about 35,000, which means that by the end of this year, BYD will have at least four Han, Qin and Song Dolphin models that exceed 30,000 yuan. If it is more ideal, it can also add a yuan plus. 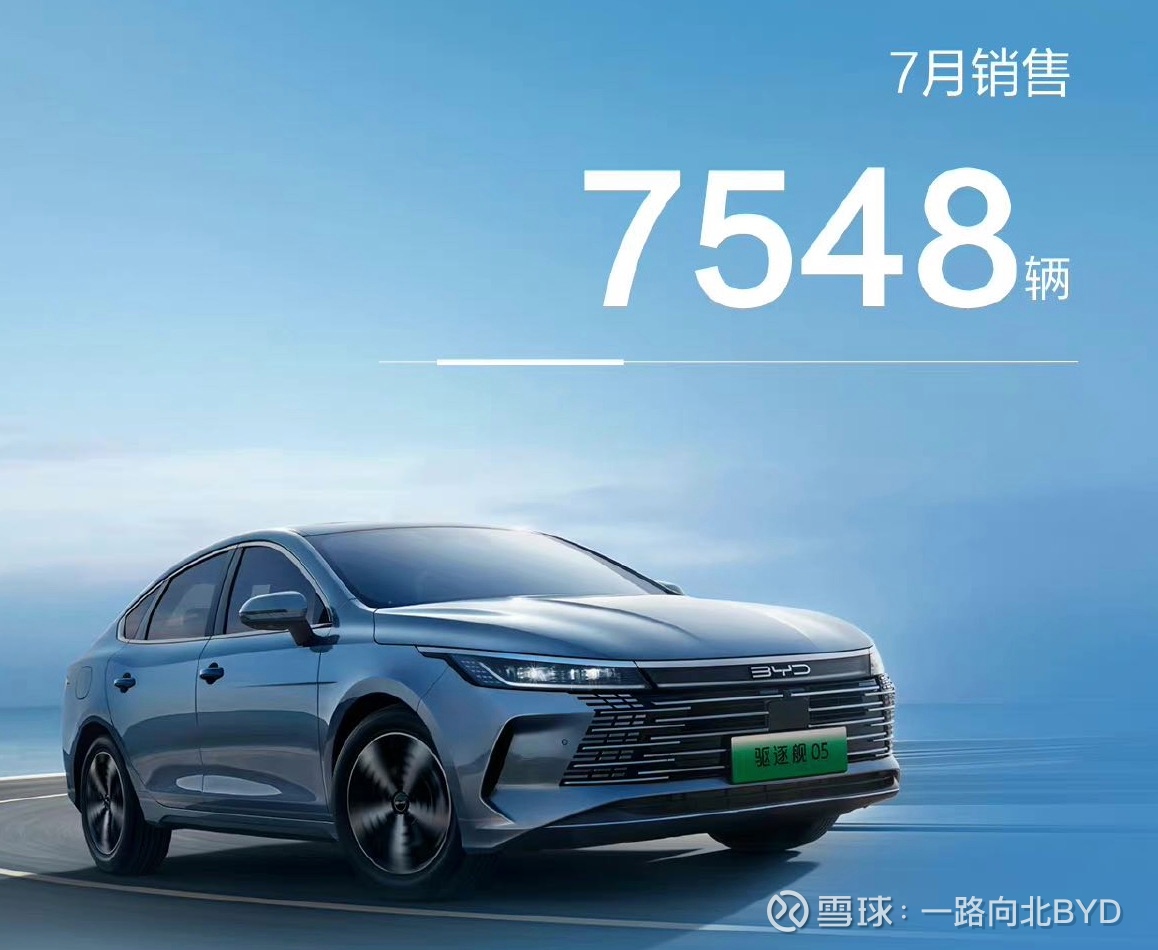 Due to the production capacity problem, the destroyer 05 is the only model in all the lists with less than 5 digits. It seems a bit lonely. To be honest, the comprehensive cost performance of this car is actually higher than that of the Qin Plus, but the helpless pace is too high. Slow, lost a lot of customers, the current number of orders can only be said to be average, the follow-up trend may not be too good, probably stable, 10,000 units, the warship series that really depends on is the frigate 07.

This topic has 35 discussions in Snowball, click to view.
Snowball is an investor’s social network, and smart investors are here.
Click to download Snowball mobile client http://xueqiu.com/xz ]]>