This is the original 1677th issue of the vernacular blockchain

Recently, some media reported that the encrypted KOL zachxbt published an article revealing that “Machi Big Brother” Huang Licheng was exposed to have launched more than ten junk projects and was suspected of embezzling huge amounts of funds (unconfirmed). In response, Huang Licheng posted on social media that the quality control was false information. If the person who broke the news is not anonymous, Huang Licheng will sue him for defamation.

From the 17 live broadcast, which was popular all over Asia, to today’s “encrypted leeks tycoon”, from the original artist, to the owner of the live broadcast company, to the blockchain company entrepreneur and questioned, Huang Licheng’s identity has been changing.

When asked how he identifies himself, he said that being defined by others is a bit boring. “I hope others think that this person is quite caring for others. A simple identity is the boss.” Indeed, whether in life or in career, Huang Licheng is called eldest brother by the people around him. Some time ago, Jay Chou’s “monkey” NFT disappeared, and Jay Chou said afterwards that the “monkey” was a gift from his eldest brother Huang Licheng. 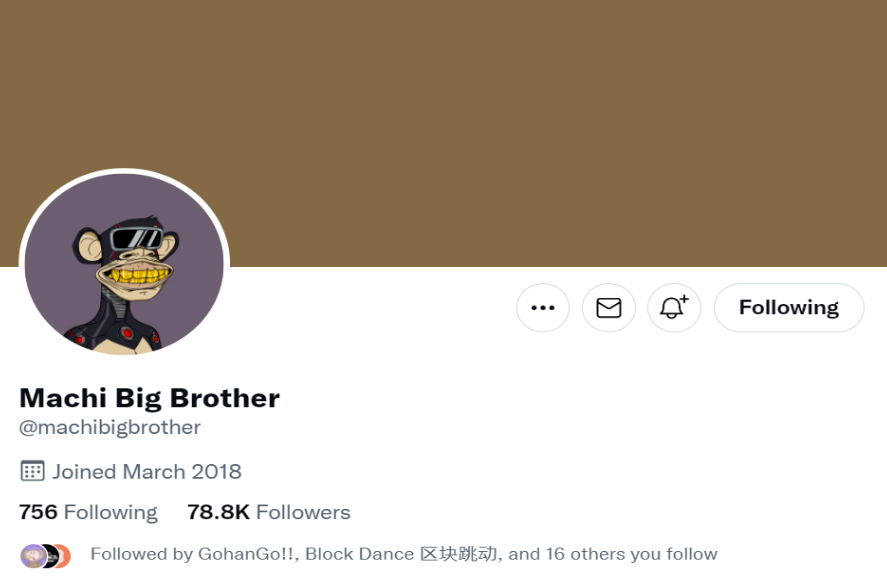 Today, let’s take a look at this “big ge” who moved from Taiwan’s “hip-hop originator” to the blockchain.

Huang Licheng was born in Taiwan, China on November 7, 1972. His grandfather was a local landowner. When he was two years old, before his younger brother Huang Lixing was born, the whole family moved to California, USA.

Before his debut, he danced in the famous “Funky Asian Buddy” dance company in the United States. Because he did not like to study, Huang Licheng stopped further studies after graduating from high school.

In the 1990s, Huang Licheng, who graduated from high school, and his younger brother Huang Lixing and his cousin Lin Zhiwen returned from the United States to Taiwan to form the “LABOYZ” group. Their cool dance moves and trendy music styles became the hottest hip-hop singers in Taiwan’s music scene at that time.

Although Hip-Hop is Huang Licheng’s life attitude, he is a person who loves toss and likes to be at the forefront of the times. In the late 1990s, Huang Licheng established a software translation company in the United States, but it collapsed in the Internet bubble. So in 2003, he sold the company and returned to Taiwan to set up Machi Entertainment, and became the head of the hip-hop group MaChi. Huang Licheng was also called “Big Brother Machi”. Maji is the homonym of “match” in English, which means a good relationship and a very tacit understanding. Along the way, whether it is LA Boyz established with his younger brothers, or the Machi Kingdom established later, brothers and friends are members that Huang Licheng values ​​very much.

However, in the Machi era, for writing the song “Retribution” satirizing Qiu Yiying and other legislators who advocated the revision of the Copyright Law and the introduction of the copyright compensation system, some politicians at the time condemned them, and even prosecuted them for “aggravated defamation”. .

In addition to “Hip Hop”, he has successively operated restaurants, spas and other entrepreneurial projects, and also founded a “Haomaji” social APP. And the most sensational is the live broadcast platform “17 Live” which became popular in Asia in 2015.

As a creator, Huang Licheng saw the plight of creators early on. At present, most social media platforms at home and abroad are facing problems such as dissemination of false information, security leakage of personal information, difficulty in confirming and tracking content copyright, and flooding of advertising content.

In line with the concept of “creation is valuable”, he established the 17 live broadcast platform, allowing content producers to directly interact with fans and obtain their due rights. 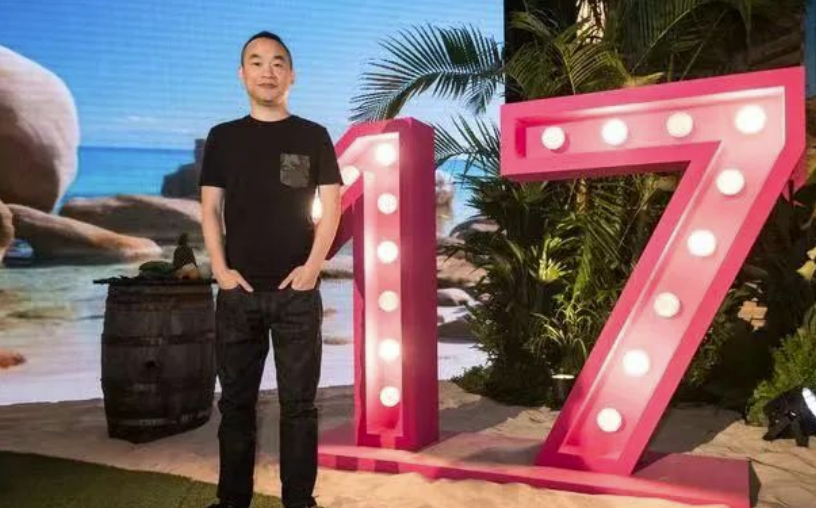 In July 2015, he and Wang Sicong met for the first time in a Japanese food store in Shanghai. It only took ten minutes for Wang Sicong to decide to invest on the spot. 17 Live once topped the Apple APP Store rankings in many Asian countries. Later, it was taken off the shelves due to issues such as lax censorship of live broadcast content, and was acquired by Singapore dating platform Paktor in 2016. 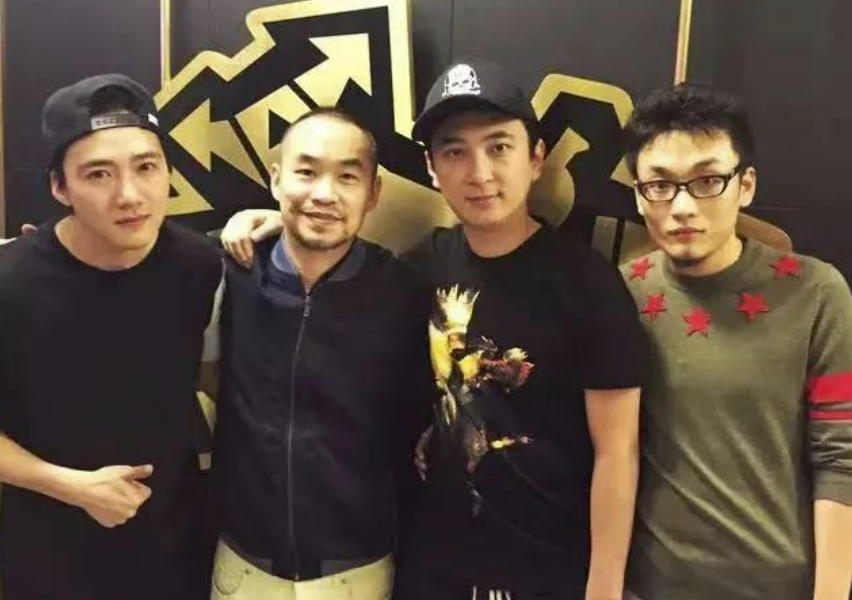 Although the live broadcast business is Waterloo, Huang Licheng has always been optimistic about content-based social projects.

In 2017, the cryptocurrency market ushered in a bull market. Under the introduction of friends and colleagues, Huang Licheng began to understand cryptocurrency and blockchain. He found that the blockchain has the characteristics of immutability + traceability + distributed consensus, which can build a platform that is transparent, gives users a sense of security, and gives back to creators, a more ideal platform for creators. In September of that year, he met Vitalik, the founder of Ethereum, at a blockchain conference in Taiwan. “We chatted in the background for 20 minutes. He gave me a lot of ideas. I think this younger brother is very good. I also want to work hard in the blockchain field.” Huang Licheng said. 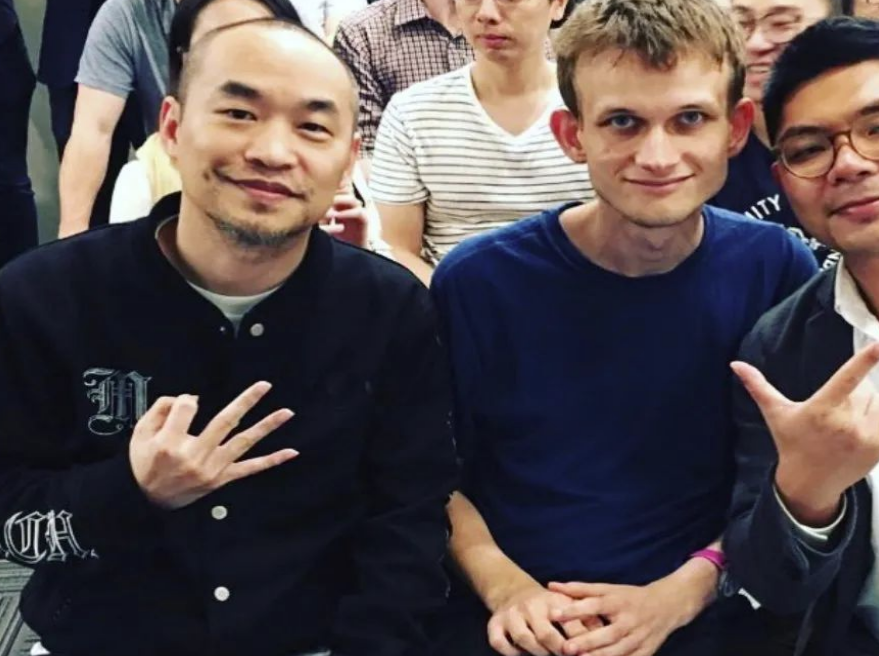 Huang Licheng said, “When users use Facebook and other social media, they have been putting personal content on the platform, but the platform can rely on the traffic generated by users to charge advertising fees, which contains unfairness. “

Then in 2019, in order to break the current situation of uneven distribution of music copyrights, Huang Licheng used a virtual copyright trading platform to allow fans to support creators through virtual currency or credit cards.

After the creator has passed the official audit and certification, he can sell the copyright of his own works on the platform, and his works can have various art forms such as music and paintings. And its fans can buy part of the copyright rights on the platform and enjoy specific benefits. In other words, buyers can become shareholders of creators.

However, some of Huang Licheng’s initial projects did not seem to be very successful, because the project collapsed and was criticized by the crypto community for a time.

It was even criticized that Huang Licheng’s entry into the cryptocurrency field through Mithril in 2017 was the beginning of his participation in the launch of the “Leek Cutting Project”.

After several twists and turns

In some media interviews, Huang Licheng once said that because the project in 2018 was too advanced, many details were not well thought out, and the result collapsed.

So I did CREAM again, but I got hacked. “Yes, it was really miserable that time. I took an expensive class and realized how deep the Defi water is. At that time, we were hacked out of nearly 140 million US dollars, but then we tried to compensate the customer.”

Later, when the epidemic broke out, I started to get involved in NFT again, so the boring ape (BAYC) that Jay Chou was stolen at the beginning of this year was also news from Huang Licheng.

Although he has faded out of the entertainment industry for many years, Huang Licheng, who is known as the “originator of hip-hop” in Taiwan, still cannot hide his “hip-hop” temperament in his words and deeds.

Huang Licheng said that he actually observed BAYC for a long time, went to mint when he had nothing to do, and also set off a monkey trend in the artist circle! “I remember that the first artist I gave to him was Kai Kai (Ke Zhendong), and I also gave Bo Lin’s monkey to him. Bo Lin has a good eye, so he chose the most limited one in my collection, it seems to be in the top 50! At that time, it was not as expensive as it is now, but it is not cheap, probably more than 10,000 US dollars.”

Regarding NFT, he believes that “NFT (Non-fungible tokens) means non-fungible tokens, which can be used in a wide range of applications, such as real estate certificates, art copyrights, and even identity certificates; these technologies have long matured, The question is whether the national government has this awareness or plans to move in this direction in terms of policy, which is a question mark.”

Although the general environment is not very good, he is very optimistic about this direction. “In addition, the public also has a lot of mentality of watching the excitement. In addition to thinking that this is a scam and it will bubble, they only care about how much the coins and NFTs in their hands can rise. Who cares about the decentralization? This is normal. When Web 1.0 first came out, I couldn’t imagine what the future would look like, everything is a process.”

However, Huang Licheng also pointed out that in the cryptocurrency arena, although there are many teams that are really working hard on technology, there are also many deceptive projects. Therefore, Huang Licheng reminded investors that it is necessary to create social media such as Discord, Twitter, and Telegram, communicate more with international communities, and receive first-hand information. Investors are also urged to choose media carefully.

Having said that, in the context of many “dark histories” in the cryptocurrency field, these reminders seem to be a bit of a thief calling to catch a thief~

Recalling every blockchain project he has come into contact with and created since he joined the blockchain field in 2018, Huang Licheng sighed that in fact, most of what everyone sees are immature blockchain applications, and this also represents The blockchain industry is still a blue ocean with great potential, which deserves everyone’s attention and joins one after another!

It is undeniable that Huang Licheng has had a lot of glory. At the age of 20, he established the hip-hop group LA Boyz, bringing hip-hop music to Taiwan; at the age of 40, he can transform into an entrepreneur, from catering, live broadcasting, e-sports, etc. to blockchain.

Now there are negative news about launching more than ten junk projects and allegedly embezzling huge sums of money. As a pioneer of behaviorism, how will 50-year-old Huang Licheng deal with it? Will the crypto community continue to recognize him? let us wait and see.

This article is reprinted from: https://www.hellobtc.com/kp/du/06/3965.html
This site is for inclusion only, and the copyright belongs to the original author.