JK Rowling, author of the magic novel “Harry Potter”, posted on Twitter a few days ago, following the attack on writer Salman Rushdie in New York, describing the news as terrible, disgusting, and wishing the other side a speedy recovery, As a result, Iranian extremists living in Pakistan issued death threats to her, threatening that she would be next.

Rowling said on Twitter on Saturday local time that she was disgusted and very sad about Rushdie’s attack and injury, describing it as terrible news and hoped that he would get better soon. Many netizens left a message of support below, but there was also a message saying, don’t worry, you will be the next one. Afterwards, Rowling took a screenshot of the message and marked the official Twitter customer service account for help, which attracted the attention of the police.

According to reports, the netizen who left a message threatening Rowling was Meer Asif Aziz, an Iranian extremist living in Karachi, Pakistan. Aziz introduced himself as a student, social activist and political activist on Twitter, and publicly praised him The suspect in the attack on Rashidi, Matar, was a Shiite revolutionary fighter.

After Rowling said publicly that she reported the threat to Twitter, Twitter responded by freezing Aziz’s account, arguing that the user did not violate its rules. The email from Twitter read: “After reviewing the available information, we have determined that there are no violations of Twitter’s rules in the content you reported. We appreciate your help and encourage you in the future if you come across any potential violations. Contact us again.” 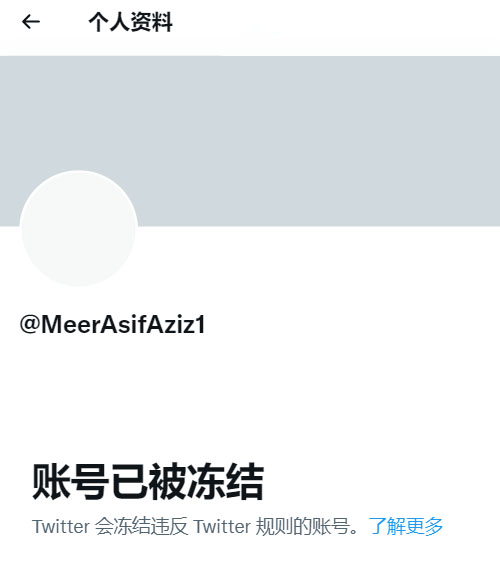 Rowling also confirmed that police were involved. She told her followers on Twitter: “To everyone who sent messages of support: thank you. Police are involved (and have intervened in other threats).”

In addition, Warner Bros issued a statement condemning the threats against Rowling, supporting all freedom of speech, indicating that Rowling is a worthy author, and hopes that all walks of life will stop senseless violence, and expressed the same sympathy with the Rushdie family. Now, we call on netizens to respect different beliefs and ideas.

This article is reprinted from: https://www.williamlong.info/archives/6893.html
This site is for inclusion only, and the copyright belongs to the original author.