The ancient city of Kashgar is still quite amazing.

How can I describe how I feel? On it, I saw the shadows of several cities intertwined. There are some New Delhi in India, some Guanajuato in Mexico, some Havana, and a little Lijiang, which is almost what the ancient city looks like now.

Like New Delhi, it is mainly about humanities. The handicrafts, nuts, and blankets sold on the street seem to have some Indian examples; in fact, this is a typical Central Asian and South Asian style, but unfortunately, I have been to this area myself. Yes, there is only one city in New Delhi, so in terms of similarity, only such evidence can be found. 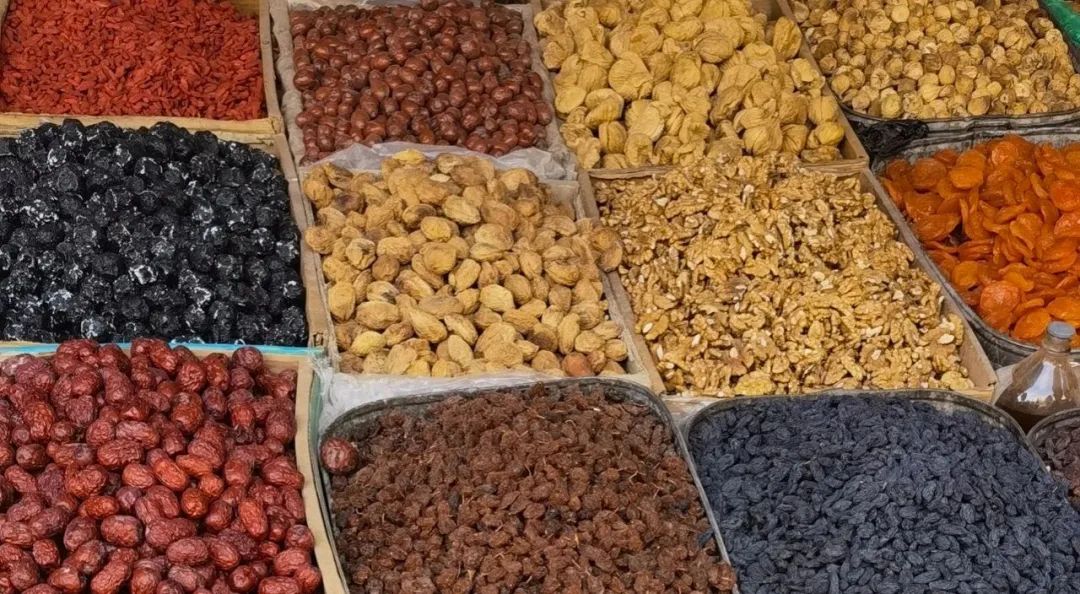 The earthy houses and the winding streets are very similar to the ancient city of Guanajuato; because of the low rainfall, all the houses are flat-roofed, and the overall look is a well-proportioned cube. The façade is basically dominated by soil gray, so it feels like a desert soil city.

The earth house in the ancient city of Kashgar

On top of all of this, there are some routines of the undifferentiated Chinese Internet celebrity tourist destination represented by Lijiang.

When it comes to architecture, the Islamic-style architecture in Kashgar is extremely complicated. Many places have raised diamond-shaped protrusions like the surface of a pineapple, which are densely packed. I suspect that patients with dense phobia seem to get sick. 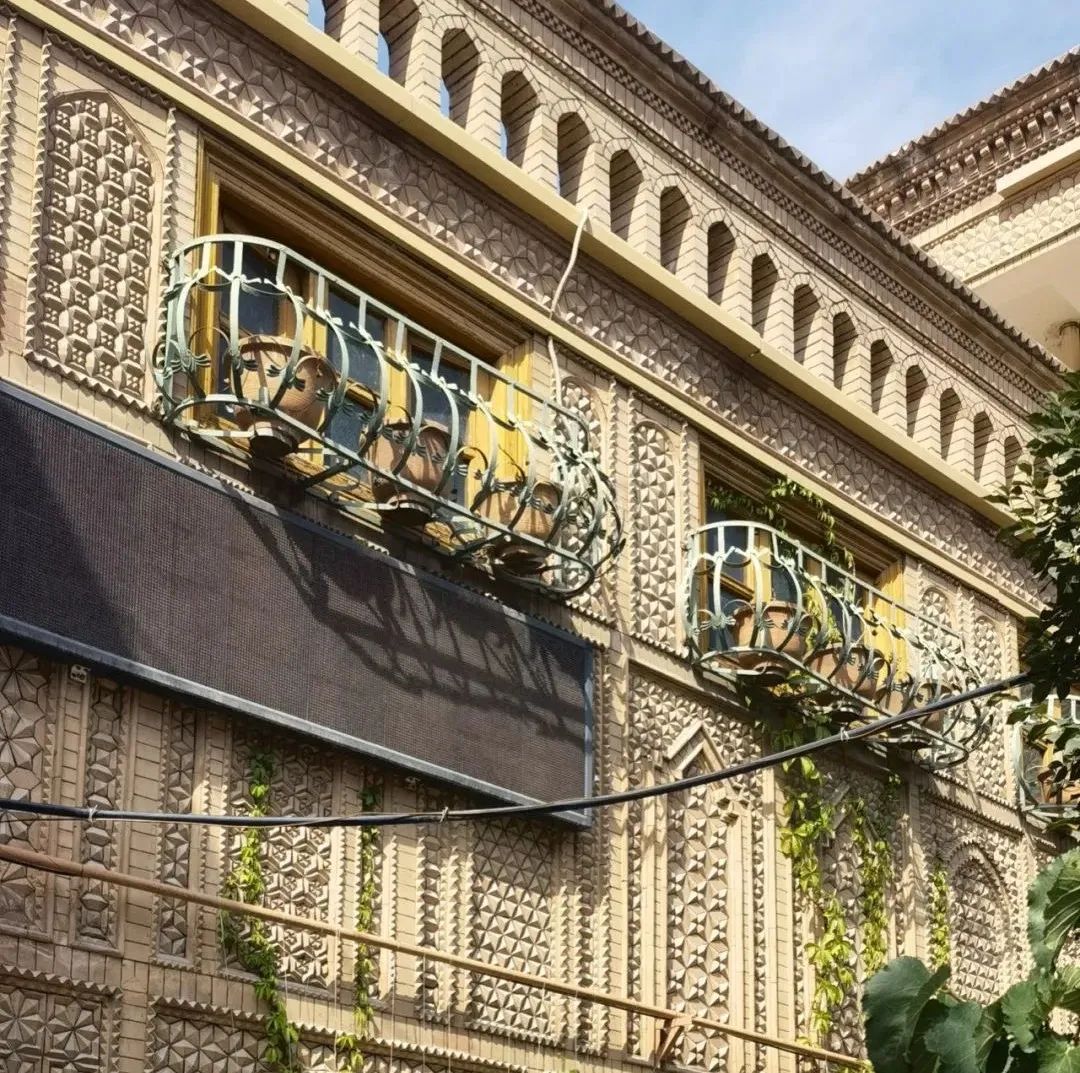 It is basically golden yellow and khaki. Under the harsh sunlight of the Western Regions or the lighting at night, the contrast between bright and shadow is sharp, and the impact effect seems to be particularly obvious.

When it comes to tourism routines, although I generally think that Kashgar’s tourism transformation is a success, I don’t like it. Taking the B&B Street as an example, an almost similar template is used, and the signs with wood carvings on the old houses are covered with slogan-like phrases, which can be copied almost anywhere in China. With a unified routine, you can create an online celebrity check-in place anywhere. Everyone poses leisurely here, takes pictures that look unreal, and then can send them to the circle of friends to attract friends’ envy, jealousy and hatred. . 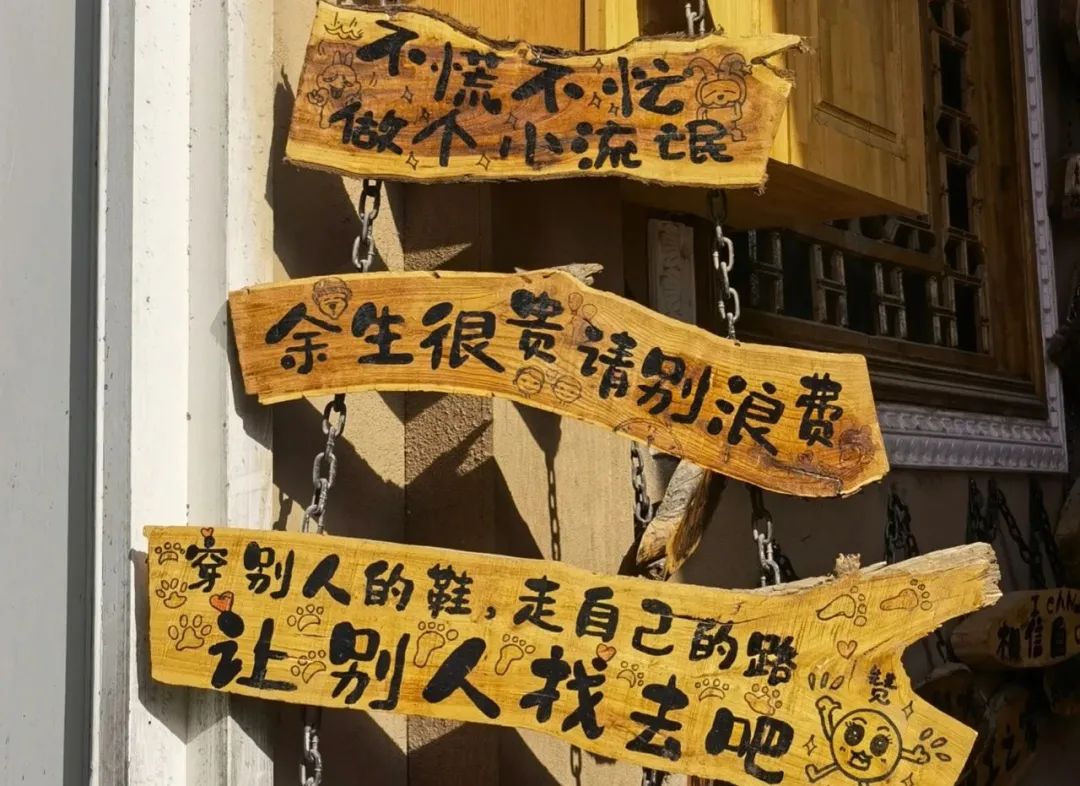 These little jokes have a sense of Internet celebrity, but they don’t feel like Kashgar

However, still, I think this transformation is successful on the whole. Perhaps this has been proven to be the most suitable way to attract users and monetize the main consumer groups in the current tourism market. You only need to find a city with a good foundation. Just copying directly, the risk is low, the cost is controllable, and the benefits should still be good in the next ten years.

This part of the ancient city of Kashgar was something I didn’t expect. I thought I would see a ruin, like most of the famous cities on the Silk Road in the Western Regions, such as Loulan. Although there are too many commercial elements in the ancient city of Kashgar, as long as you leave the main street, you can enter the door of ordinary homes still living in the city just around the corner, which is still a rare sight. 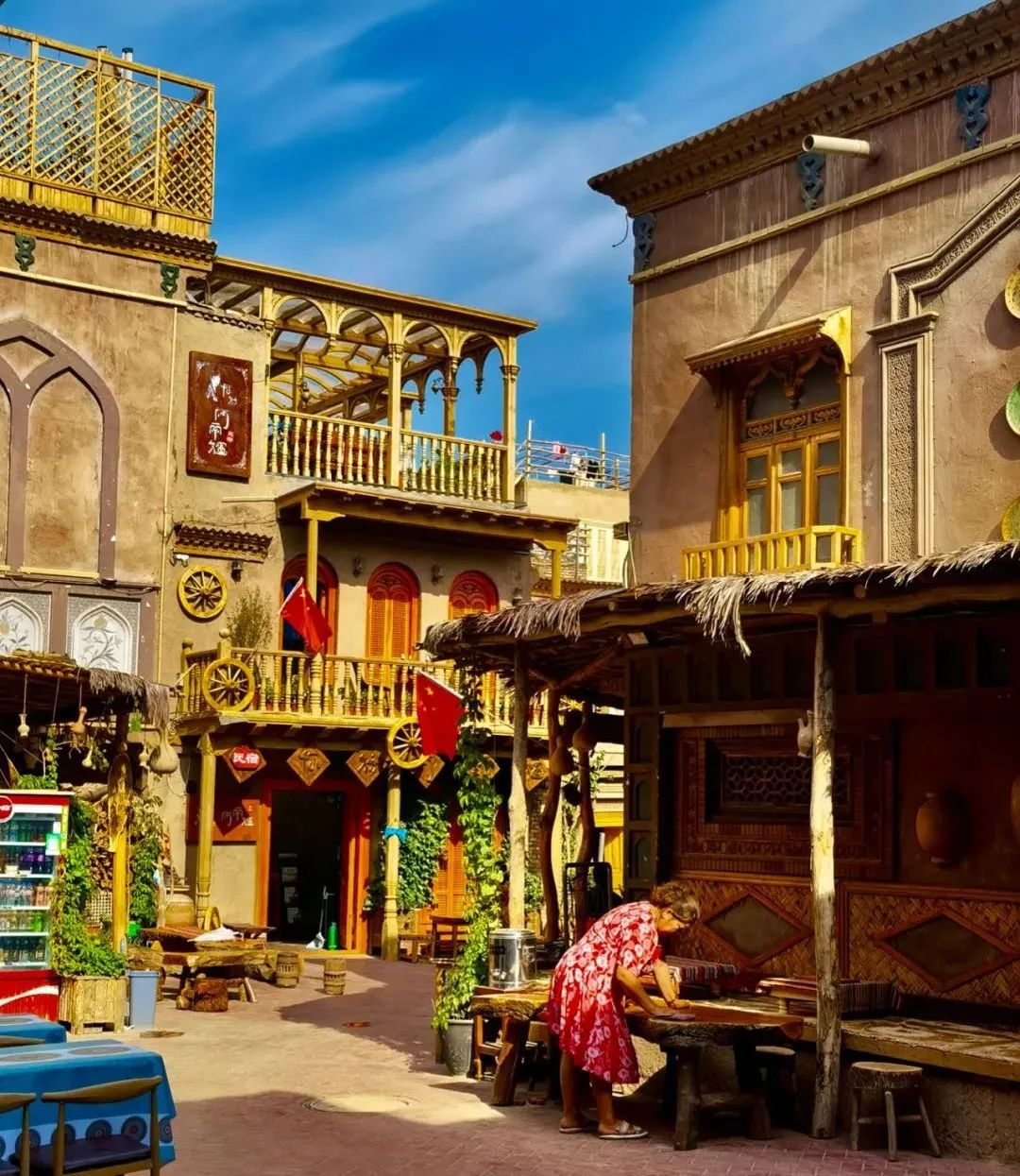 What surprised me most was the transportation system in the ancient city of Kashgar. The small alleys of the ancient city of Kashgar, like the alleys in Shanghai, are twisting and twisting, and the end cannot be seen at a glance. Going forward along the small street for a long distance, sometimes the winding path leads to a secluded, one turn, it suddenly opens up, or merges into another big road, while others end in the courtyard of several houses, which is a dead end. At first I couldn’t figure it out, couldn’t tell the two streets apart, and when I was leaving, I stumbled across the secret on the floor tiles.

In the streets and alleys of the ancient city of Kashgar, as long as you see that the bricks on the ground are laid diagonally at 45 degrees (sometimes hexagonal patterns are used), this is an unobstructed passageway; if the floor tiles are perpendicular to the direction of travel , the flat paving, it means that this is a dead end. I don’t know if it was someone’s genius idea during the recent renovation of the ancient city, or if it has always been like this in the history of the ancient city of Kashgar. But this clever approach is similar to the U.S. highway numbering system, where the first odd number of three digits is a dead end (I-380), and the even number can be detoured back to the main road (I-280). 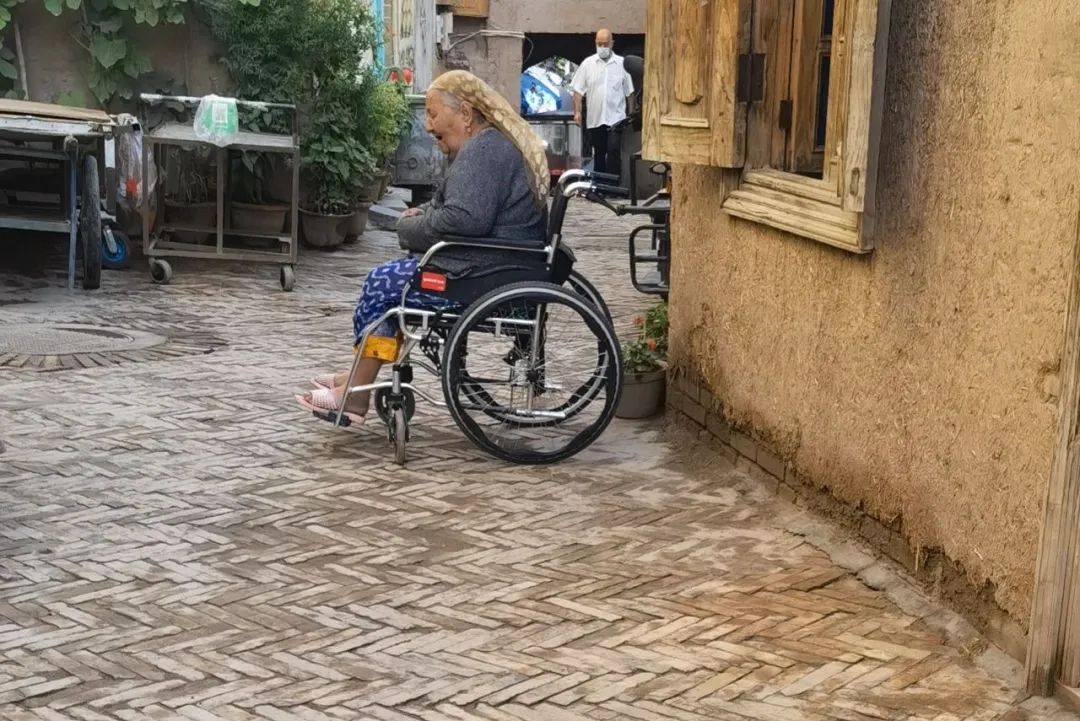 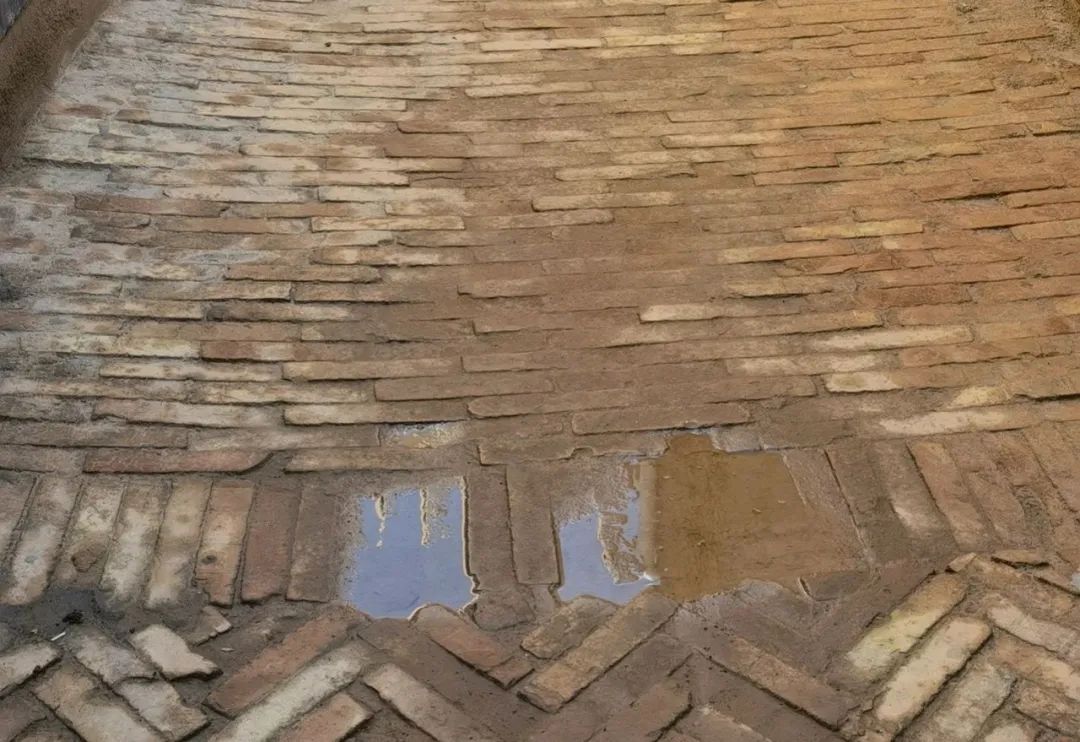 The cross bricks ahead tell you that this road is impassable

Although it is so special in geography, the future prospects are relatively clear.

Today’s Kashgar is still one of the most remote cities in China. According to the city attractiveness index, it belongs to the fifth-tier city. The organizers of the event still have many difficulties in holding the event in Kashgar. For example, some materials need to be made, and there is no supplier who can do it in Kashgar, and it needs to be shipped from Urumqi, or even from Beijing. It is impossible to find a suitable venue for holding an ordinary meeting of the standards of Beijing, Shanghai, Guangzhou and Shenzhen; although there are five-star hotels, there are still obvious gaps in the awareness and level of service; the usual communication is often different.

However, this is so normal. Those of us who are accustomed to the way of thinking, rules and standards of first-tier cities have some complaints and proficiency in Kashgar, just as the world’s visitors complained about Beijing and Shanghai when the country just opened its doors 40 years ago. With trade, these standards are bound to synchronize, it is only a matter of time.