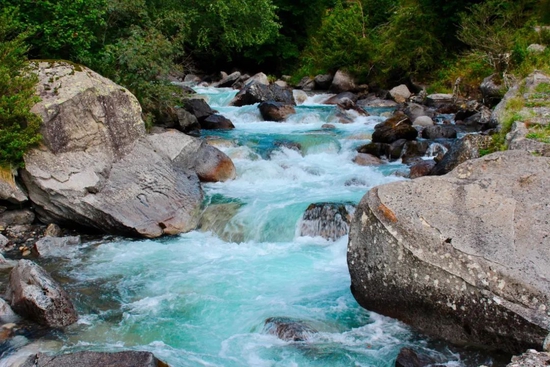 On one side is the prosperous platform ecology, and on the other side are the emerging platform governance problems. Xiaohongshu, which has been born for eight years, has gradually encountered the troubles of growing up.

As a super platform with a monthly life of more than 200 million, the “national grass planting machine” Xiaohongshu has been targeted by more and more giants. Countless Internet companies want to copy the “grass planting” myth of Xiaohongshu, but few There are latecomers who can compete with him.

However, for Xiaohongshu, it is not entirely a good thing to run alone on the grass-growing track. This also means that Xiaohongshu has no reference for many developmental problems, especially in In terms of platform governance, Xiaohongshu can only sum up experience in constant downfalls, and the lessons learned may be more painful each time.

On August 13, a flash flood occurred in Longcaogou, Xiaoyudong Community, Longmenshan Town, Pengzhou City, Chengdu. Tourists who were not evacuated from the river were caught in the flash flood, and 7 people were unfortunately killed.

After the incident, many people pointed their finger at Xiaohongshu. Since the site of the incident was not a well-developed and managed public scenic spot, there were potential safety hazards in itself. However, on the Xiaohongshu platform, such “wild attractions” are packaged as “Internet celebrity check-in places” and are recommended by many Internet celebrity bloggers in turn.

According to a report by Lu Jiu Finance and Economics, some tourists who went to Longcao Valley were attracted by the notes on planting grass on the Xiaohongshu.

Just a week later, a similar tragedy was staged at the Xiangtang Reservoir in Pukou District, Nanjing. On August 20, a woman in her 30s accidentally fell into the water while playing paddleboard in the reservoir and eventually died.

Like Longcaogou, the incident this time was also a “wild Internet celebrity spot”, and it was also madly “Amway” by bloggers on Xiaohongshu, which became a popular local check-in place. 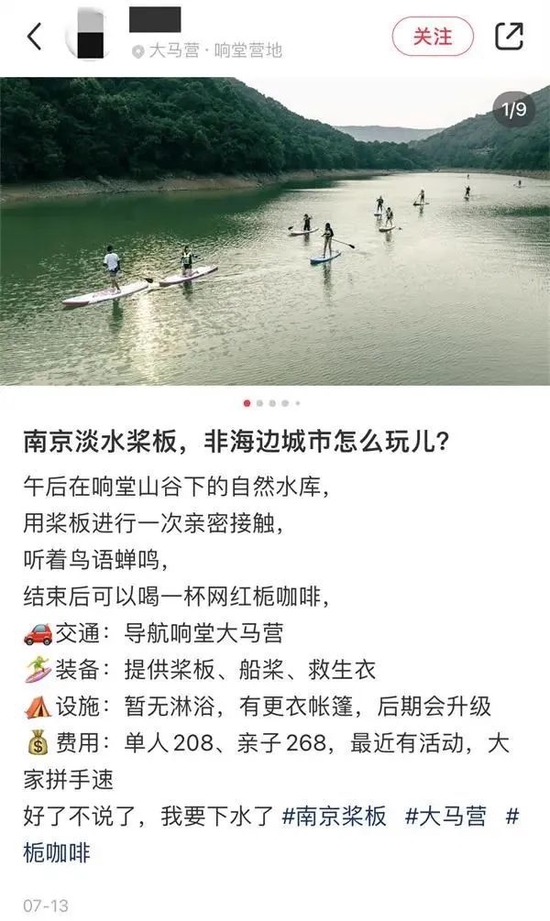 Although there are certain accidental factors in the two embarrassing accidents, from the perspective of social responsibility, Xiaohongshu, as a public platform with the blessing of Internet traffic, does have an unshirkable responsibility.

In fact, in addition to the “deadly attractions” in recent years, there have been many negative incidents that Xiaohongshu has encountered, such as the endless “killing pigs” cases, which also directly point to Xiaohongshu’s platform governance issues.

Hangzhou Yuhang Public Security Bureau received a report last year that a girl was defrauded of 820,000 yuan after she met a stranger by leaving a message under the Xiaohongshu blind date post. According to a report from Yan Caijing, a subsidiary of “South Wind Window”, some users on Xiaohongshu who often post notes on dating and financial management have been repeatedly targeted by criminals.

Some analysts believe that Xiaohongshu has become a favored place for “killing pigs”, which may also be inseparable from the platform’s previous exaggerated “showing off its wealth”. Life can attract a lot of attention on the platform, and to a certain extent, it has buried hidden dangers that breed the dark side.

Although Xiaohongshu has repeatedly made heavy blows in dealing with illegal notes of showing off wealth, it does not seem to fundamentally change the tonality of the platform. In addition to filters, Xiaohongshu still needs to consider more practical issues.

The term “planting grass” was not first created by Xiaohongshu, but it was definitely carried forward by Xiaohongshu and evolved into a phenomenon of national life.

Along with “planting grass”, there is also “punch card”, which is also a high-frequency vocabulary that often appears in Xiaohongshu. For many young people, these two words can even cover most of the leisure and entertainment activities in their lives.

But for the platform, planting grass and punching cards can certainly drive the prosperity of the platform’s ecological content, especially in the field of e-commerce, and can even be directly converted into considerable commercial value. But what comes with it is that the platform is beyond the reach of users’ offline behavior.

To give a more intuitive case, a blogger shared a recipe for gourmet food on the Internet. After the dissemination of platforms such as Xiaohongshu, it attracted a large number of users to imitate and make it in their own homes.

However, in the process of imitation, many users were accidentally scalded by high temperature due to the same operation process. In this case, does the platform need to be held responsible? Should the platform punish bloggers accordingly?

In habitual thinking, it may be felt that users have the ability to distinguish subjectively, so personal behavior does not need others to be held accountable, but what if the blogger’s own production process does have problems? What if the process is risky but the platform doesn’t warn you? What if food preparation was replaced by other, more dangerous behaviors?

The difficulty of complex management in this is probably no less than rebuilding a little red book.

At present, the common practice of major Internet platforms is that the system will identify possible risks through AI or manually, and then make a prominent display on the content prompt page.

The rise of this practice actually came from another major national application Douyin. In 2018, a father in Wuhan found a video of somersaults interacting with his child when watching a video on Douyin, so he imitated it at home with his 2-year-old child. As a result, he accidentally missed the hand in the process, which eventually led to the child’s head landing and the spinal cord was severely damaged.

After this incident, Douyin launched a “risk reminder system”, which has been used to this day.

The lessons learned from Douyin are certainly useful for Xiaohongshu, but they are far from enough. On the one hand, although Xiaohongshu’s user base is not as good as Douyin’s, the platform’s grass-growing attributes are more prominent, especially For some offline check-in behaviors, Xiaohongshu is more of a weather vane than Douyin.

In addition, because the overall proportion of female users of Xiaohongshu is higher, they are more vulnerable than men when they encounter unexpected situations in offline scenes.

For massive content platforms such as Xiaohongshu and Douyin, platform governance often goes hand in hand with content auditing, but even with a two-pronged approach, it is difficult to exert a strong constraint on users’ offline behavior.

This dilemma not only comes from the content platform, but after the popularity of the mobile Internet, many applications in the segment have faced similar problems, such as some stranger social apps, mobile travel platforms, etc.

But for Xiaohongshu, although there have been many attempts made by platforms such as Douyin, there are not many places that Xiaohongshu can learn from. As mentioned above, the platform has a strong grass-growing atmosphere and a special user ratio. , making Xiaohongshu unable to cross the river on the issue of platform governance.

Of course, another point that cannot be ignored is that the rapid growth of Xiaohongshu’s user base and the explosive emergence of UGC content in recent years have exposed many risks and problems more quickly. In 2021 alone, Xiaohongshu’s daily activity has doubled from 20 million to 40 million. Such an amazing user growth rate is a miracle when the demographic dividend of the mobile Internet is fading away.

Many platforms take five to ten years to complete the road, and Xiaohongshu may complete it in one or two years. This compresses the space for trial and error in platform management to a certain extent, and also forces the operation team to respond faster.

After the Longcaogou incident, some users found that when they searched for relevant keywords in Xiaohongshu, the platform would actively pop up a risk alert.

However, it is difficult to say whether to deal with users or public opinion in order to remedy such a situation. If more warnings can be made in advance, it may be possible to reduce the occurrence of some unexpected events.

In fact, as a content platform, while paying attention to UGC content, Xiaohongshu might as well introduce more professional PGC content, as well as more authoritative QGC and GGC content, to complement each other with UGC, which can make the community ecology more sustainable. Safe.

For example, in some outdoor sports notes, the opinions and suggestions of more professionals such as athletes and coaches can be introduced to help users better avoid risks and protect themselves, and reduce the occurrence of accidents from a professional perspective.

In addition, in some travel check-in content, prompts from local scenic spots or local authorities can also be introduced, so that users can make adequate preparations before preparing for offline check-in.

However, this approach will inevitably remove the Internet celebrity filter of the content of Xiaohongshu to a certain extent, and restore a more real side, which requires Xiaohongshu itself to make a balance between the community atmosphere and platform risk governance.

But from another point of view, it may not be bad to return to reality. Xiaohongshu’s slogan is called “marking my life”, but life should follow reality, and no one can live in the filter all the time.

This article is reproduced from: http://finance.sina.com.cn/tech/csj/2022-08-24/doc-imizirav9557651.shtml
This site is for inclusion only, and the copyright belongs to the original author.