Not only is it useless, but it has also been officially repaired.

Compared with the big fish and meat in the previous work, the cat food in “Monster Hunter: Rise” is too shabby. Before the hunters of Yanhuo Village go out, they usually only eat a few strings of Japanese-style grilled dumplings with different flavors, accompanied by a symbolic cup of tea, without any meat or fishy smell. But what is concentrated is the essence. The Tuan System is an attempt to simplify the gameplay of “Monster Hunter Rise”. The physical fitness effect that the Tuanzi brings to the hunters is not inferior to that of a big fish.

Each type of dumpling corresponds to a unique bonus effect, and players can freely combine three types of dumplings to obtain three different bonuses. There is no need to consider the compatibility and combination of various ingredients as in the previous work. Hunters only need to make choices based on the characteristics of their own weapons and monsters. Under normal circumstances, players cannot select duplicate dumplings. However, according to the information disclosed by the Japanese player “れみ.” on Twitter, a bug generated after the update of the expansion “Monster Hunter Rise: Dawn” allows hunters to eat two dumplings of the same type at one time.

The source of the bug is the “Dancing Bamboo Slip”, which was added to the expansion pack. The bonus skills triggered by the original ordinary bamboo sticks are all level 2 versions of the corresponding skills. The Leaping Bamboo Slip provides space to further strengthen the bonus effect. It will trigger skills of different levels according to the order of the group selected by the player. The higher the skill level, the better the bonus effect. 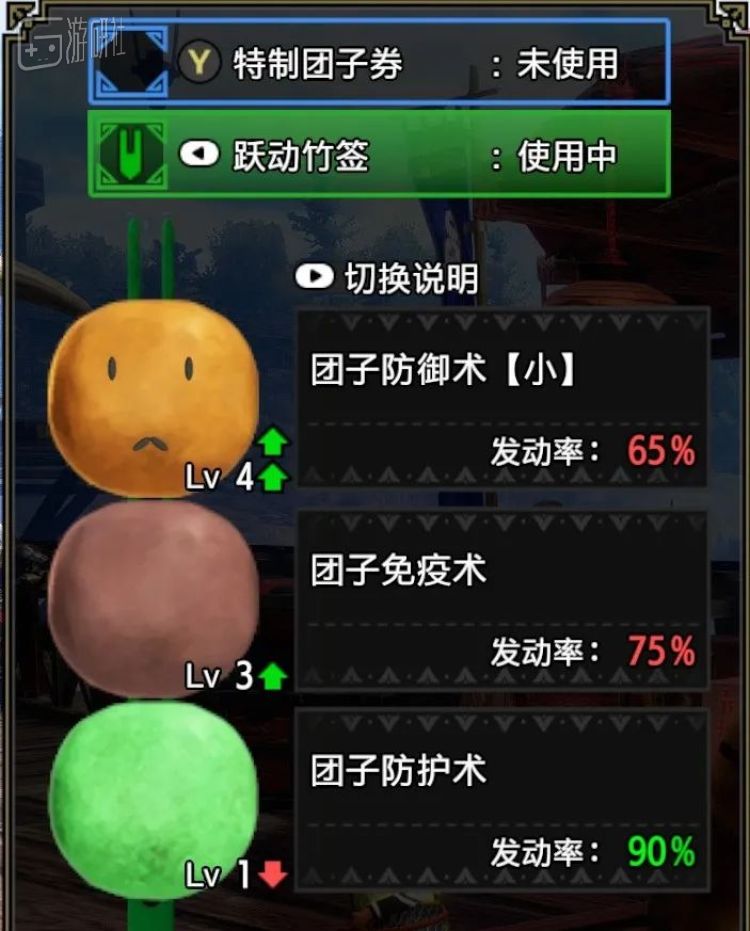 If you want to trigger the bug, in addition to using the jumping bamboo stick, you must also use the “personal combination” function to record the combination of the dumplings for quick selection next time. The steps are as follows:

First, choose three kinds of dumplings, put on the bamboo sticks, and select “register to personal combination” to overwrite any previously registered dumpling combination with this combination. 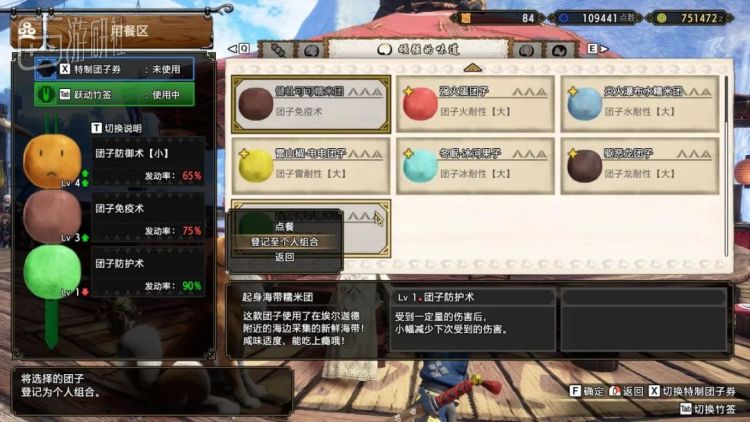 Don’t rush to eat at this time, press “Return”, return to the interface for selecting the last dumpling, and cut out the “Personal Combination” menu again. Select the dumpling combination you just logged in, use the special dumpling coupon, and finally confirm the order.

Take the above picture as an example. In the subsequent cutscenes, the last “Protection” dumpling on the bamboo stick will be replaced by the first “Defense” dumpling, and the hunter successfully ordered a double-weight dumpling of the same species. 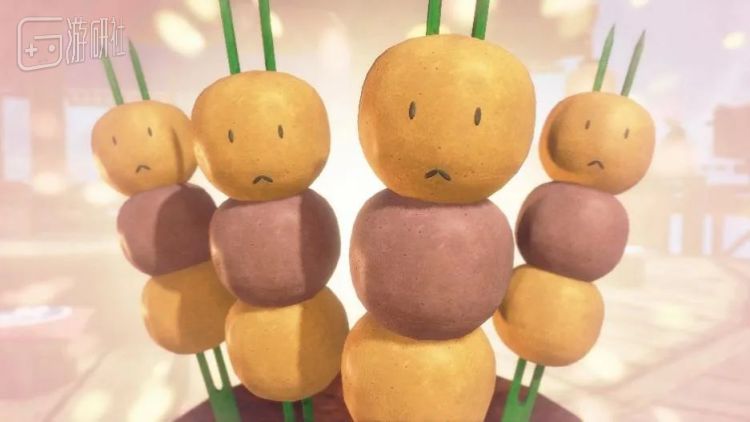 Not only that, but when you check the hunter status in the menu, you will also find two identical dumpling skills. 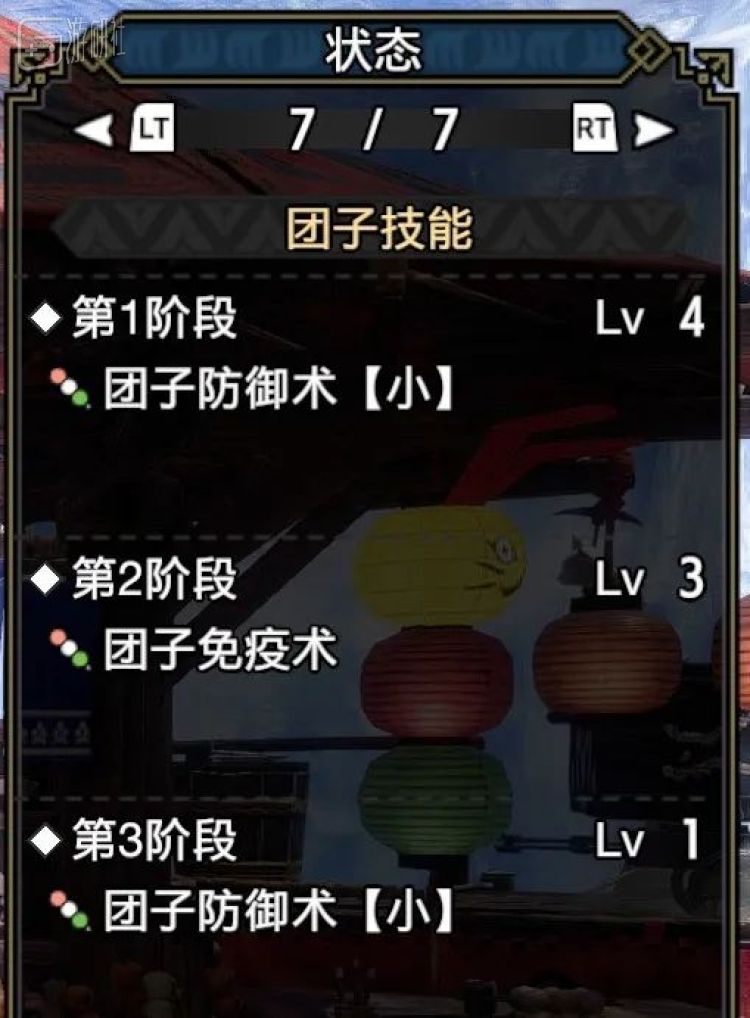 In the replies received by れみ, some players made inferences from one another, and chose one or two less dumplings when registering a combination, and tried a method of replacing the first two positions with the same type of dumplings. It looks like this bug can stack another more important skill to level 5 or 7 at the expense of one skill. But don’t be too happy, because the actual effect of the superposition of dango skills is still unclear, and this bug may not have any practicality.

れみ showed some of her test results in a follow-up tweet. He took advantage of this bug to eat double dumplings, and obtained the “short-term hypnotism” skill of level 4 and 1 at the same time.

Whether the skill effects of other dumplings can be superimposed above level 5 still needs further verification, but it is unlikely that Capcom will achieve the level 5 effects that cannot be achieved by legal means. At present, the only use of this bug is to play some new tricks in the cooking cutscenes of the dumplings. 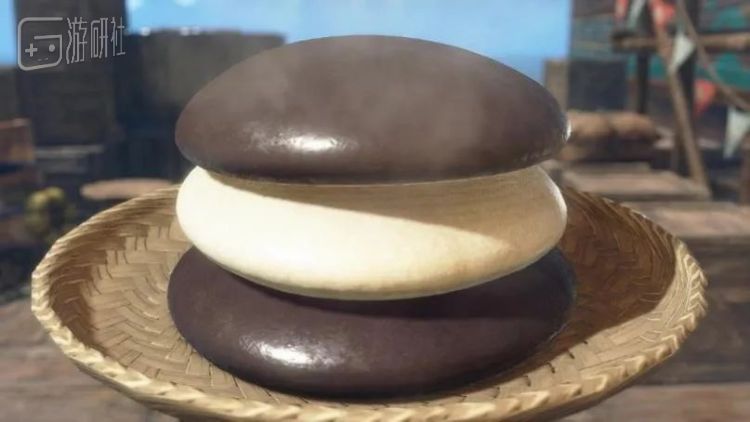 In fact, Capcom also noticed the bug of Danzi, and promised to fix it in the first major update of “Monster Hunter Rise: Dawn” released on August 10-because it can’t be connected normally without downloading the update, I want to test it Players who look at the practicality of the bug only have so little time to try it. 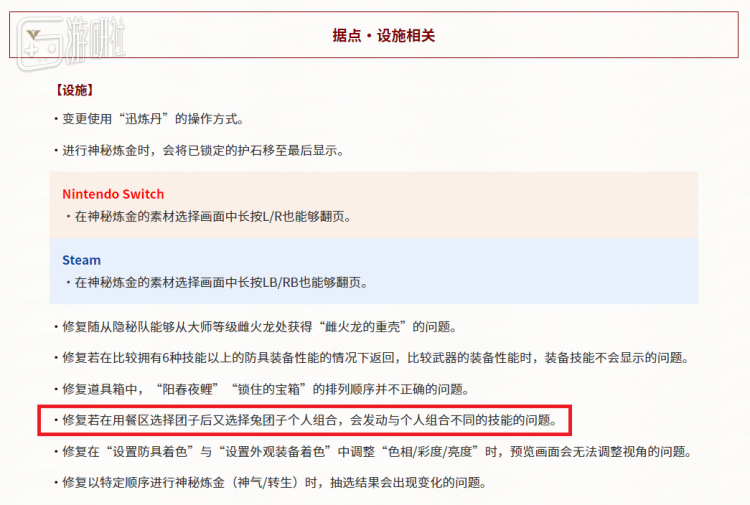 This article is reprinted from: https://www.yystv.cn/p/9572
This site is for inclusion only, and the copyright belongs to the original author.