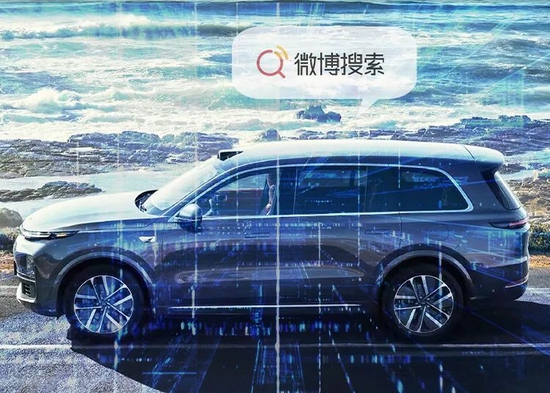 The topic of new energy vehicles is on the hot search list on Weibo, and it feels like it has become a commonplace.

Have you noticed that there have been more and more hot searches about new energy in the past two years, #xiaomiauto officially completes the industrial and commercial registration#, #hexiaopeng responds to the name of xpeng car tootu#, #how Chinese should think about autonomous driving#, etc. , These topics that were originally discussed in the car circle have become hot topics among netizens, and the discussion threshold and circle are becoming more and more popular.

What is worth pondering behind this is, in addition to the strong support of national policies, from the perspective of the industry, how did new energy itself stand up? Broken circles at all levels of society? In addition to the excellent products, what steps have you done right behind the popularity of new energy vehicles? Who is the driving force behind it? Compared with the era of traditional car companies, why does new energy allow everyone to freely talk about entertainment gossip and mobile phone performance, and become everyone’s after-dinner talk?

The big man in the car circle has become an idol

Musk, the world’s most famous business influencer, often has Tesla hot on social networks because of his identity tag. And Musk’s existence as an idol is inseparable from his activity on Twitter, sending humans to Mars and establishing a democratic government on Mars. These tweets have made him the focus of discussion around the world again and again. It can be said that Twitter is the biggest catalyst for Musk to become a popular idol.

There is a view that domestic car bosses are collectively imitating Musk, the “punk leader” of new energy, and speaking on social media to gain fans.

But if you look at the resumes of the founders of the new car-making forces, you will come to the conclusion that the Internet thinking of these bigwigs has been formed as early as the era of fuel vehicles.

For example, the founders of “Wei Xiaoli”, the most popular new car-making force, have worked in top Internet companies for many years before starting a car-making business. Whether it is the thinking of Internet aborigines or years of work experience, they all make They place more emphasis on personal voice and branding on social media.

Just as fans of entertainment stars pay attention to idols on Weibo, users interested in new energy are also following these new energy bigwigs on Weibo. If you have followed the Weibo of Lei Jun, Li Xiang, and He Xiaopeng, you should be familiar with it.

For example, Li Xiangle is willing to share the design ideas of the L9 with consumers, such as why the L9 abandoned the instrument panel configuration; He Xiaopeng, the founder of Xiaopeng Motors, also angered Tesla because of a technical dispute over the source code, “You must be prepared to be beaten by us. Can’t find the east.” 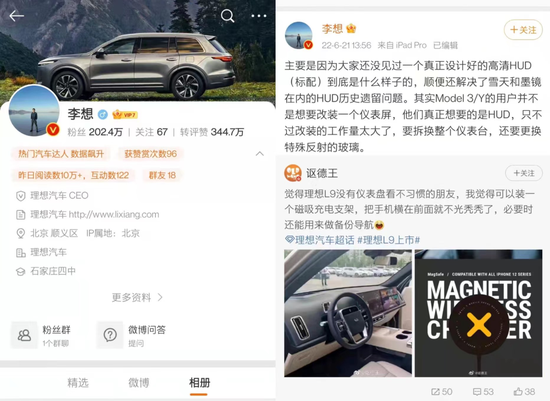 When the user complained that the brand name was not as high as Tesla, He Xiaopeng also directly responded with a long text: “Toyota, Honda, Ford, Mercedes-Benz Daimler, Peugeot Citroen are all derived from people’s names, foreign brands can do it, why China Brands can’t?” Because of these remarks, He Xiaopeng attracted countless fans and appeared on the hot search. 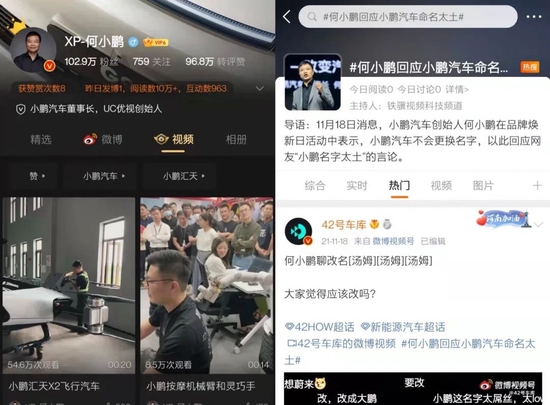 People feel that new energy vehicles appear more in front of the public than traditional vehicles. On the one hand, originating from the upstream of the industry, the power batteries that new energy vehicles rely on, Chinese companies have entered the world’s first echelon. This gave He Xiaopeng and others the confidence to stand up and anger Tesla. On the other hand, the founder’s Internet thinking also made them more courageous to speak up.

The founder is no longer a cold-hearted trader behind the scenes, but a person with an opinion and character. These “Internet + new energy” backgrounds have brought the public impression of new energy to a new height.

Cars are more like smartphones from five years ago

Many fruit fans have been obsessed with Jobs’ “stunning slip”. In 2007, at the launch of the original iPhone, Steve Jobs unlocked the phone with a swipe method, which made users feel that the original mobile phone can also be such a hard-core and cool trendy consumer product. Today, new energy vehicles seem to be bringing the same technical shock to users.

Adu is a Weilai car owner. Before becoming a new energy car owner, Adu had more than ten years of driving experience in fuel vehicles. He believes that the experience of fuel vehicles is limited to the car itself – shock absorption, fuel consumption, seats and comfort, etc.

For new energy vehicles, Adu did not have much hope at first, thinking that the intelligence of new energy vehicles was limited to controlling door switches and window lifts. But after actually feeling it, Adu was shocked by the function of the new energy vehicle. He has repeatedly praised Weilai’s automatic battery swap function:

“It’s so cool. When you drive the car to the door of the battery exchange station, the car will drive into the station and change the battery by itself, without me needing to do anything. People can be liberated from driving, which is very easy. Those who have used new energy vehicles After the intelligent functions, I feel that driving is no longer inseparable from these black technologies.”

In Adu’s view, intelligence will become the core competitiveness of new energy vehicles. On social media, there are many car owners who share Adu’s views. New energy vehicles are constantly iterating and upgrading functions like mobile phones, so it can be seen that users are now more concerned about the information released by new vehicles. During the release of each new vehicle, a large number of users gather to discuss the upgrade characteristics of this model. . At the same time, due to the existence of intelligence, the threshold for Volkswagen to discuss new energy vehicles has been lowered. 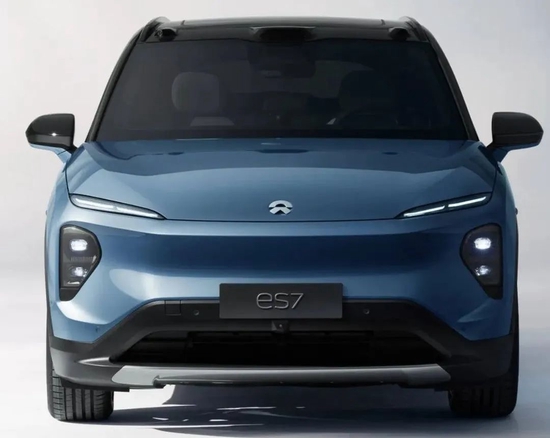 Seven years ago, new energy vehicles were still a new term. Ordinary users’ perception of it was still “burning electricity without burning oil”. Now, users can be found everywhere to debate from the perspective of users under the topic of Weibo hot search. . You can even see the car owners’ opinions and suggestions on the technical level of electric vehicles, and put forward their own views on product function innovation.

When users can discuss product design ideas with brands, this in itself is a sign of a more mature market. The most intuitive experience for users of new energy vehicles is that the car is no longer a high-level means of transportation, but more like a smart product that can be used by us at any time. When the product is more closely related to life, the social media Desires naturally become more discussed.

Who can “ignite” users

Obviously, in the process of expanding the social influence of new energy vehicles, Weibo, which has both media attributes and social attributes, has played a key role.

The public opinion field ecology of Weibo has created a very convenient environment for the founders of Auto to accumulate fan assets, and their words and deeds can be displayed in front of fans to the greatest extent. When the fans accumulate to a certain level, and with the refined operation of the brand, a close relationship will be formed between the founder, the brand, and the fans. Once new product news is released, it will continue to generate discussion volume.

On the other hand, the content produced by professional car reviewers on Weibo is also an important factor in promoting the volume of cars. For example, the number of Weibo fans of car reviewer Han Lu has exceeded 6.4 million, and the number of car review videos created by him is often in the number of broadcasts. One hundred thousand or even one million. On Weibo, there are also a group of similar “million-level” car KOLs, whose content covers test drives, technical evaluations, lifestyles, and more. These contents are also continuously injecting new vitality into the circle ecology.

As mentioned earlier, the user’s sense of the car has changed. We found that in addition to traditional car reviewers, bloggers in some industries such as technology, 3C digital, and fashion life on Weibo have also begun to develop new energy vehicles from their own perspectives. Evaluation and discussion. Their addition makes the evaluation ecology more and more complete, and also allows more users outside the circle to see the story of the car circle.

These two phenomena are mutually causal, and together they form a snowball effect, which amplifies the overall sound of the new energy vehicles on the platform, and the speed of topic fermentation is significantly accelerated. An important manifestation is that everyone can see more and more new energy vehicles on Weibo hot searches, and the popularity is not inferior to other social topics.

For example, some time ago, BYD released a new brand LOGO, slightly “slim down” with the same content, and the topic quickly rose to the top of Weibo’s hot search list. Around the old and new versions of the LOGO, netizens launched a “find the difference” competition: “I suspect that BYD has hired the same designer from Xiaomi.” As the discussion gradually shifted from the LOGO to the brand and product, the replacement of the LOGO made the BYD brand’s identity. Massive breakout. 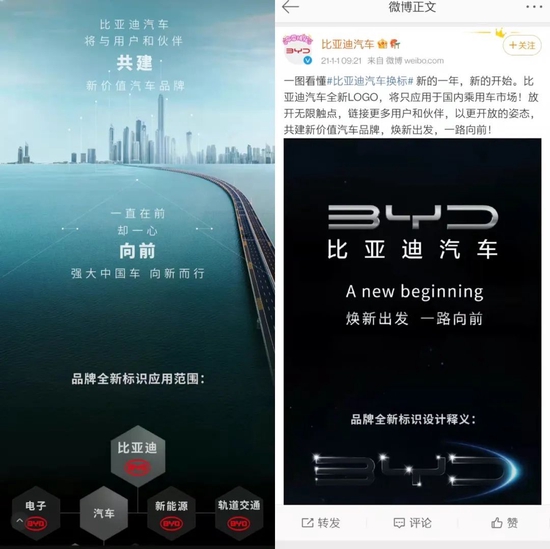 As the American scholar Everett M. Rogers put forward in his book “The Diffusion of Innovation”, consumers’ cognition of innovation often goes from a stage of contact but little knowledge to a gradual interest , contact their own needs assessment, test whether the test is suitable for the individual situation, and finally enter the actual adoption.

The same is true for the development of new energy vehicles. The founders’ thinking and users’ perception of new energy technologies are changing, and this change is recognized in communication, and the open social nature of Weibo provides a field and atmosphere for multi-party communication. Therefore, we have seen that in the past two years, the public has become more and more accepting of new energy, and the volume of discussion has also increased, and related topics have frequently appeared on the list of hot searches. It can even be said that the existence of social media has accelerated the process of consumers from understanding interest to acceptance, and also allowed the industry to mature more quickly.

This article is reproduced from: http://finance.sina.com.cn/tech/csj/2022-06-22/doc-imizmscu8125214.shtml
This site is for inclusion only, and the copyright belongs to the original author.