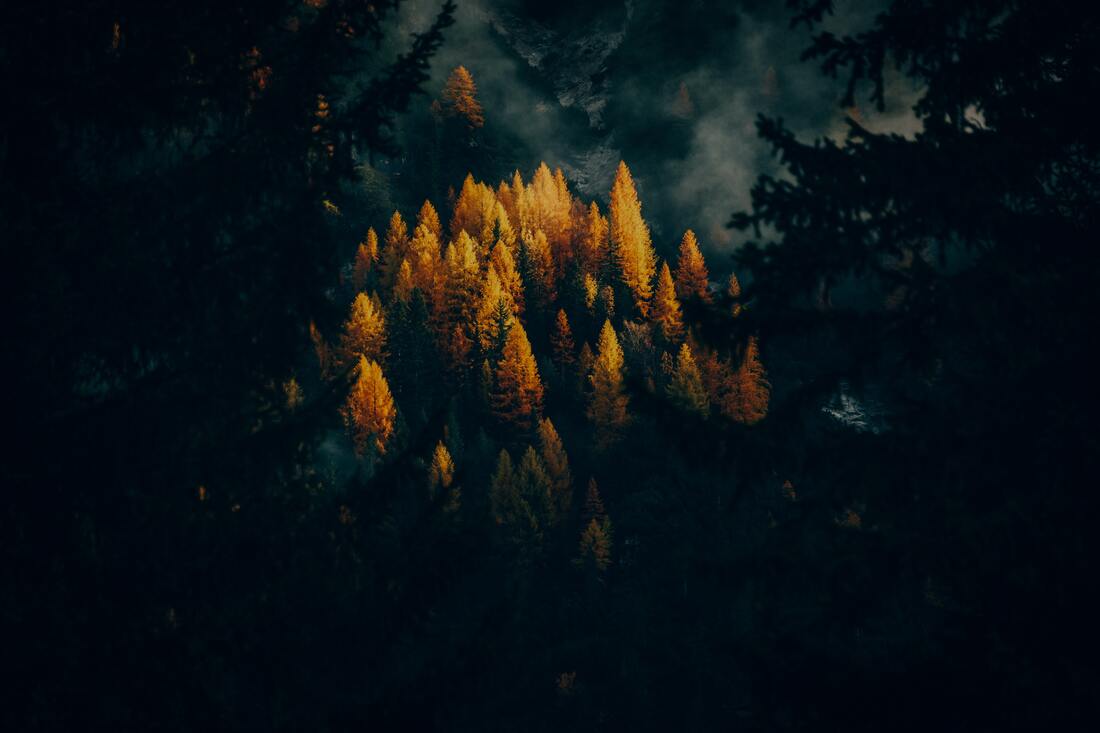 Photo credit: Eberhard Grossgasteiger
I recently talked with my friends at a party that a friend’s girlfriend has not come to our regular party every Friday for a long time. When asked why, it turns out that this girl doesn’t like being named “xxx girlfriend”. But every time he goes out with his friends to participate in activities in his circle of friends, he will inevitably be introduced as a “xxx girlfriend”. Of course, there is nothing wrong with this way of introduction. The girl feels that her main identity (may be a job title or other label) is ignored by everyone. Reminds me of a story I read before: One day, Queen Victoria of England had a quarrel with her husband, and the husband went back to the bedroom alone and locked the door. When the queen returned to her bedroom, she had to knock on the door. The husband asked, “Who?” Victoria answered proudly, “The Queen.” There was neither the door nor any sound inside. She had to knock on the door again. The husband asked again, “Who?” The queen replied, “Victoria.” There was still no movement inside. The queen knocked again. The husband asked again, “Who?” The queen put down the shelf and replied softly, “Your wife.” This time, the door opened.

The authenticity of this story cannot be tested, but when it is extended to the experience of a friend, it shows that people are complex and multi-faceted, and they need to play different roles on different occasions. As Shakespeare said in As You Like It, “The world is a stage, and all men and women are just actors, each with his own entrance and his presence.” If you perform at home wearing a mask on the company stage and bring the bossy attitude of the boss into your daily life with your wife and children, it will definitely cause conflicts and disputes; if it is your turn to play a judge who makes a serious case, At this time, it is completely inappropriate to take out the state of gag with friends.

When you are someone’s boyfriend and girlfriend, you also need to play a corresponding role for the sake of intimacy, of course you can be the CEO of XX company or even the queen, but when dealing with lovers and their circle of friends, get rid of ” What’s wrong with being “noble”? When we deal with different people on different occasions, we wear different masks according to the situation, and confidently understand that we are a multi-faceted individual, and we will not be easily defined just because of one mask. At the same time, embrace an open attitude, do not label others casually and define them, and confine them to narrow boxes when understanding complex individuals.

Speaking of identity issues, since I went abroad, I have often fallen into the problem of identity dissonance under the influence of multiculturalism. For a person like me who was born and educated in China and basically lived abroad as an adult, in many cases they are like “marginal people” who can belong to multiple cultures, but at the same time seem not to be accepted by any one culture. You need to live like a chameleon all the time, and when dealing with people from a specific cultural background, you will become more inclined to the other’s culture. Academia has a specific term “Third Culture Kid” (TCK for short) to describe children who did not live in their parents’ home country during their formative years. Students and immigrants like us who study abroad as adults may be described as “Third Culture Adult, TCA” . But in the final analysis, what is this “third culture”? Can it help us redefine identity? Will it become the mainstream trend of future development under the wave of globalization and digital nomads?

My friend Bean once recommended me a copy of Brit(ish) by British author Afua Hirsch. In the book, Afua recounts the issues of racism, identity and belonging she encountered in the UK as a mulatto. By presenting her representative family history as a black immigrant, it takes readers to revisit the dark British colonial history and the so-called cultural tolerance and diversity of mainstream society. I used to think that political correctness was a bit overkill, and the black movement was too exaggerated. When you really understand the history behind it, you will find that the black people have experienced too many tragedies of enslavement and genocide. But under the control of white people, most of their stories are buried in the long river of history. Now they finally have the opportunity to have equal rights, and what they are doing now is completely understandable to us. As a friend said, the past history is too dark and oppressive, and slow progress may not have the effect of radical reform, whether it is women or minorities, we still lose too much compared to what we have now .

The Second World War is 5 years in total, and there are now more than 400 movies with the theme of World War II; and the slave trade has a history of more than 400 years, and now there are less than 20 movies to describe… Most of the people including me I know almost nothing about this part of history, and suddenly I think, has anyone in the mainstream British film and television made a film about the Opium War? When I was watching the “Green Book” movie, I was deeply moved by a scene: the accomplished black pianist dressed well and the white driver at his service, when he got out of the car and looked out into the fields not far away, he saw It’s the black compatriots doing coolies in ragged clothes… It is conceivable that the two sides are watching each other’s inner waves. At this time, I remembered that I went to the New Zealand Embassy in the UK to participate in the event. Except for my Asian face, all the guests were white, and they were mainly middle-aged white men, but most of the service staff present were Asian and black. It’s really hard to describe the feeling when I look at my fellow countrymen in gorgeous clothes.

The integration and division of multiculturalism has always been a big issue, and for TCAs like us who feel that “home is everywhere but nowhere” after experiencing many cultural baptisms, we should focus on this issue. On the one hand, it can help us relieve identity anxiety, and on the other hand, it gives us the ability to understand and accommodate those races and groups of different cultures. From a macro perspective, we are all citizens of the world and have an obligation to continue the development and progress of humanity as a whole. On this long road, “humanity” distinguishes us from other species and empowers us to become the planet. dominate. When religion and nationalism gradually decline, “humanity” will eventually help us find the meaning of life, reduce conflicts with each other, and allow the world to develop in a better direction, when compatriots of all cultures and groups can understand and communicate with each other. What kind of world would it be like to communicate without any qualms?
​

When I first heard the song “Where the Wild Roses Grow”, I fell in love with songwriter Nick Cave. His dark, poetic lyrics and cult-goth personality resonated with me as a teenager. At that time, I thought his lyrics “All beauty must die” was very similar to “impermanence” in Buddhism. Under my understanding at the time, everything around us, including life itself, cannot survive for a long time. Since everything will eventually die out, what else is worth investing in, everything seems to be unimportant, after all, everything will disappear into nothingness among.

After so many years, Nick Cave seems to have healed the grief of losing a child and understood the true meaning of life under the baptism of time. When he introduced himself, he also replaced the position of musicians in the past with the role of “I am a father and husband”. He even opened a column on the website to listen to the pain of others and give heart-warming advice. And I also understood the nature of “impermanence” in the process of growing up: although nothing will exist forever, existence itself is meaning and has value.

Watched Nick Cave’s documentary This Much I Know To Be True in Portugal last month, which depicts Nick and creator Warren Ellis working on their latest two albums, Ghosteen and A behind-the-scenes look at Carnage. For 10 euros to experience a feast of music and stage visual effects is simply too much fun. The interviews with Nick and Warren in the film were a huge source of inspiration for me and made me think about how to see the world differently.

Maybe we didn’t come to the world to bring something to the world, or to blindly search for meaning. The world itself is meaning, and we, as the beings on it, allow that meaning to manifest through our lives by connecting with each other.

American avant-garde journalist and novelist Hunter Thompson once wrote an article on “How Life Should Be Lived”:

“I think life is a tragedy, we are always trying to set goals for ourselves, but we don’t spend our time exploring ourselves. We set a goal, and we constantly adjust ourselves to achieve it, just to satisfy a concept, an actual The concept of nothingness. Does it seem silly to adjust our lives to fit the needs of one goal?

For example, when you were young, you wanted to be a firefighter, but is your goal still to be a firefighter now? I can say with certainty that the aspirations of most people today are very different from the aspirations of when they were children. Why is this? Because your experiences and thinking have changed, every decision you make along the way will shape you into a different person, so we don’t live for goals that can easily change, we don’t live to be lawyers We don’t live to be bankers, we live to be ourselves.

We must adapt goals to individuals, not individuals to goals. This life is a process of living , and the goal is just an accessory. If a person does not choose a path for himself, then others and the environment will make a choice for you unknowingly.

Instead of looking for a purpose, create a path to self-worth, think about how you want to live your life, and then think about how you can make it happen for yourself. No one has to spend the rest of their life doing what they don’t want to do, and don’t have to accept the choices that life throws at you.

Life is much more than that. “

Life is much more than that.

​I hope you can reach a reconciliation with your inner demon as soon as possible, and share the sunshine you picked up after defeating the darkness like Nick.

“I look for the good in people. Sometimes I get hurt for it, but it’s rare and it’s worth it. You may hear me say optimistic things that sound naive. I’m not naive. I’ve read too much history to be naive. I just think love wins out over the darker parts of human nature in the end.
I look for the good side of being human, and sometimes it hurts, but it’s rare and worthwhile. You may have heard me say a lot of optimistic and childish things. But I’m not naive, I’ve read too much history. I just think love will eventually triumph over the dark side of humanity. ” 01:50

This article is reprinted from: https://www.camelliayang.com/blog/identity-love-and-meaning
This site is for inclusion only, and the copyright belongs to the original author.