“I wanted to wait until the CPI data came out on Friday, but I didn’t expect someone to run away on Thursday.”

U.S. stocks edged lower for most of the day on Thursday, only to see losses accelerate as late-trade draws closer, with traders scrambling to make final moves ahead of Friday’s CPI report. The S&P 500 doubled its losses in the final hour of trading.

Economic data and earnings reports have been relatively muted this week, with the market not getting much firmer information ahead of Friday’s CPI report. Waiting for the arrival of the CPI can more accurately spy on the market’s next round of trading trends and the Fed’s interest rate decision.

Unexpectedly, there were funds that could not wait for the CPI announcement and left the market first. So there was the scene from last night: the first half of the night was uneventful, and the end game caught people off guard.

Why has the CPI not been disclosed yet, and the U.S. stock market “falls first for respect”? Crazy selling in late trading, what is the market worried about?

1. In the late trading stage, why did the funds flee the place in a hurry?

Some people point out that, according to common sense, if the data itself is difficult to predict, or the importance is low, it will not affect the stock market price of the previous trading day.

But unlike in the past, this sell-off happened before key data came out. The massive selling and diving that suddenly emerged in the last hour of the US stock market overnight makes it hard not to associate it with the CPI data to be released today.

Market players seem genuinely concerned that Friday’s CPI data may be higher than widely expected, leading to a last-ditch move before the market close – preferring to stay on the sidelines and wait until the dust settles. 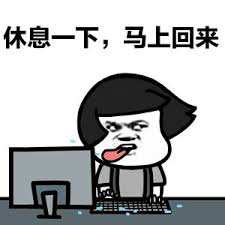 2. Where does this “insecurity” come from?

A higher-than-expected May CPI reading would likely push this yield above the previous closing high of 3.13%; a lower-than-expected CPI result would not push the 10-year Treasury or other Treasury yields lower for the simple reason that, The Fed will raise interest rates based on existing inflation rates.

(2) JPMorgan’s report can be called a grinder of “inflation cooling expectations”, causing panic

Friday’s U.S. CPI data for May had investors worried, while a report from JPMorgan added to speculation that inflation may be hotter than expected.

Michael Feroli, chief economist at JPMorgan Chase & Co., predicted that the CPI will be even higher than widely expected .

Feroli also said the worse had already happened. With the increase in travel after the peak of the epidemic, accommodation prices have begun to rise recently, and he expects prices to surge again in May, with an increase of 2%. At the same time, public transport prices have also risen sharply due to increased travel demand and soaring fuel prices.

Car prices are also not optimistic. While the May data looks mixed, the bank doesn’t expect a particularly big change in May, with new-vehicle prices expected to rise 0.4% and used-vehicle prices to rise modestly again.

“We expect headline inflation figures to pick up. We expect the Russia-Ukraine conflict to have some impact on core inflation, especially when you factor in the impact of higher airfares and jet fuel prices.”

U.S. Treasury Secretary Yellen also acknowledged at an event on Thursday that there are risks of further increases in U.S. food and energy prices.

A less popular indicator in financial markets, but reflecting the expectations of traders most sensitive to U.S. inflation, also showed that the U.S. consumer price index (CPI) will reach or exceed the annualized level of 8.5% in the next five months from May. .

Relevant pricing in the TIPS market for inflation-protected bonds or derivative-based instruments implies:

The U.S. consumer price inflation forecast on Friday will reach 8.5% year-on-year in May, above the median forecast of 8.2% by economists and in line with a 40-year high hit in March. Traders also expect inflation data to climb to 8.6% in June and July, hit 8.8% in August and September, and ease back slightly to 8% in October.

“It’s going to be a very troubling number,” said Mark Zandi, chief economist at Moody’s Analytics, and it will reignite concerns about whether inflation has peaked.

This article is reprinted from: https://news.futunn.com/post/16313857?src=3&report_type=market&report_id=207811&futusource=news_headline_list
This site is for inclusion only, and the copyright belongs to the original author.