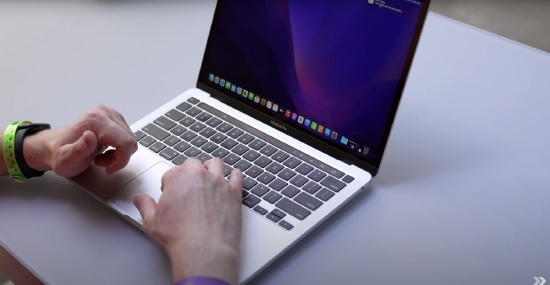 Although under the wave of anti-consumerism, young people are more careful than ever, and try their best to spend every money on their hearts, but under the constant consumer demand created by merchants, young people are hurrying to hide, and it is inevitable to buy on a whim. to useless things.

In 2021, DT Finance has studied the content related to the IQ tax of Xiaohongshu. In the new year, has the hardest hit area of ​​IQ tax shifted? Which group of people are most likely to be approached by the IQ tax? How do people tell if they pay an IQ tax? Below are our findings.

Compared with 2021, what changes have occurred in areas with high IQ tax rates?

The concept of IQ tax first appeared in 2013, when there was a saying on Zhihu that “lottery tickets are a low IQ tax”. Today, the product that can be called IQ tax has turned over several layers of tricks.

Compared with last year, the most popular IQ tax products in 2022 will have an obvious reshuffle.

The most intuitive feeling is that first, the IQ tax on beauty and skin care is more functional, and has been refined to neck creams, blackhead stickers, etc.; second, the active scope of the IQ tax is getting wider and wider, and clothes and snacks have begun to collect IQ tax. ; Third, there are signs of men in the IQ tax purchasers, and digital products such as mobile phones and headphones are on the list. 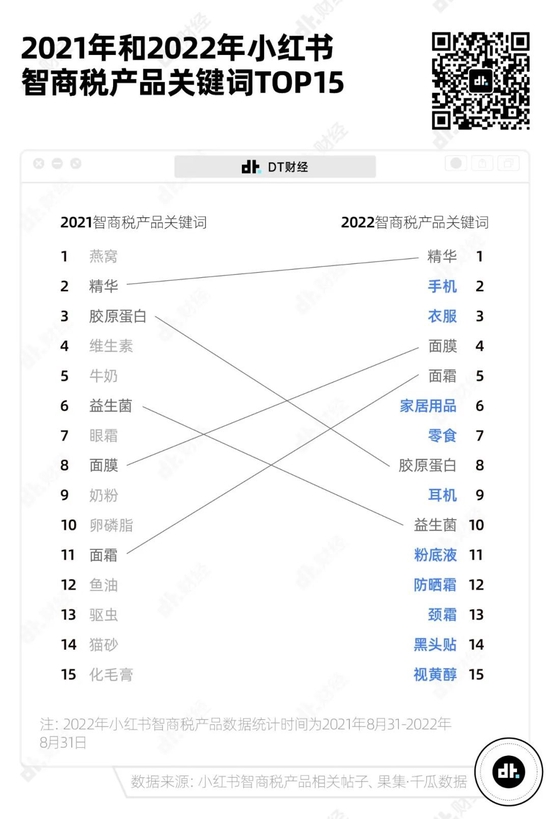 The new IQ tax on skin care and beauty is aimed at local beauty without exception. Liquid foundation to create flawless skin, sunscreen anti-aging and UV protection, neck cream to reduce fine lines on the neck, blackhead stickers to remove blackheads, retinol to anti-wrinkle, and the line to meet the beauty needs of contemporary women.

In addition to beauty and skin care products, more common products have been added to the IQ tax category this year, such as clothes, household items, and snacks.

DT Finance searched for IQ tax on snacks in Xiaohongshu. Some said that they were infant snacks with the same formula as adult snacks; some claimed to be low-fat snacks, with higher calories than regular meals; But it is no longer the price of childhood.

There are also traces of household goods becoming a high-incidence area of ​​IQ tax. Since the outbreak of the epidemic, people have paid more and more attention to home life, and they are more concerned about various household items, and it is easier to overturn in this regard. For example, the fruit and vegetable washing machine that emits faint blue light in the middle of the night, I don’t know if the fruit is washed or not, and the family is startled first.

Another new trend is the masculine vestige of the IQ tax. In the past, the IQ tax was more aimed at women. This year’s new IQ tax products include digital products such as mobile phones and earphones.

The continuous renovation of electronic products such as mobile phones and earphones provides more possibilities for IQ tax. A friend told DT Finance that he was attracted by the product concept and appearance, and spent thousands of yuan to buy a pair of bone conduction headphones. As a result, he couldn’t hear the sound at all in a noisy environment, and the experience was rather tasteless.

It is worth noting that in this year’s IQ tax awards, there is not a single pet-related product. Lecithin, deworming, cat litter, hair removal cream, etc., which were popular last year, all fell off the list. It seems that in 2022, everyone’s urgency to take care of themselves exceeds the care for pets.

Although pet products are not on the TOP15 list, judging from the brands mentioned by everyone, the most popular IQ tax brands belong to skin care, pets, household appliances, personal care and health care products. When it comes to spending money, the IQ tax still focuses on female consumers and shit shoveling officials. 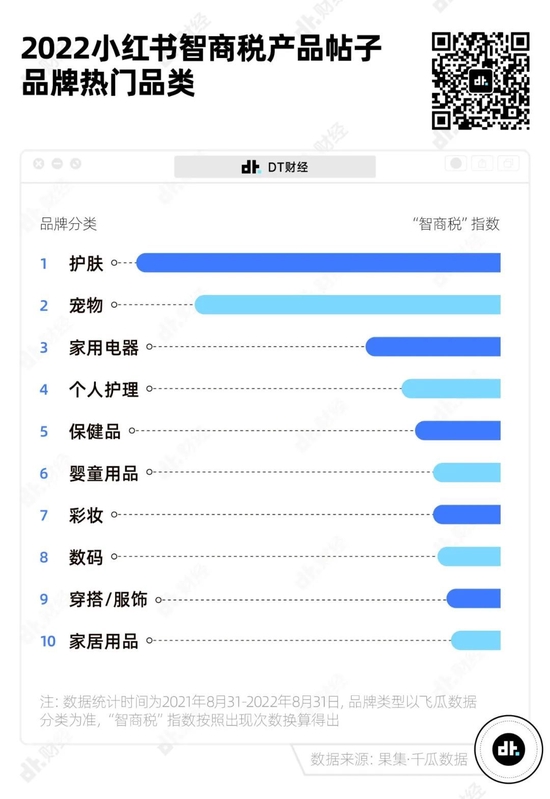 Who is the closest to the IQ tax?

No one wants to pay taxes on their IQ, but in the face of hype-like attacks on consumerism, it is inevitable that people will place orders with enthusiasm when they are hot-headed.

DT Finance has counted the most mentioned objects in the IQ tax notes. Children, girls, and pets are the three groups most likely to be subject to IQ tax. 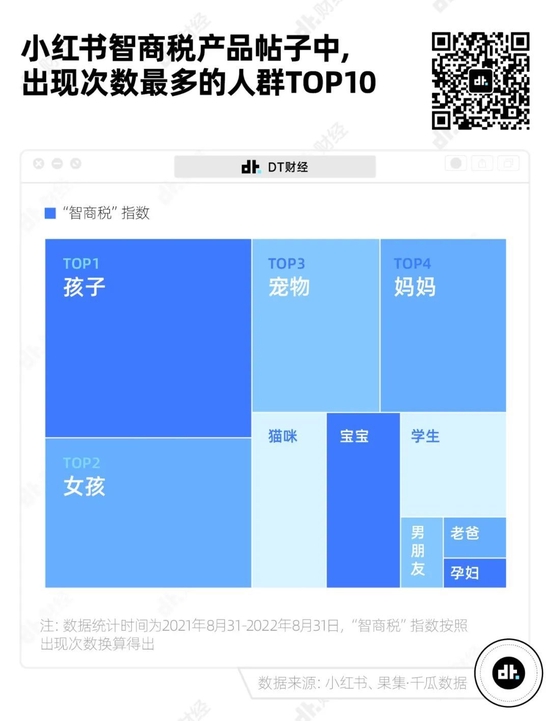 It is not clear whether some products are IQ taxes, as long as they may be useful, parents will spend money willingly.

Therefore, it is common to give children DHA (commonly known as brain gold) to promote development, wear orthokeratology lenses to control the degree of myopia, and soak in medicated baths to strengthen the body. 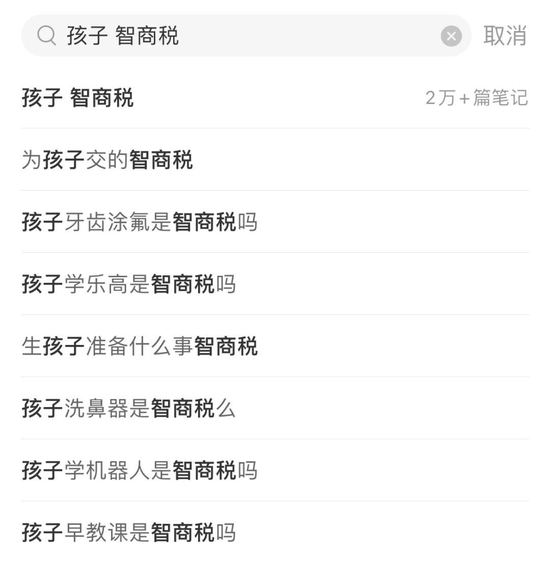 It is said that pets are the second mother and baby, and there is no shortage of kittens and puppies to worry about their children.

In this regard, some shit shoveling officials have begun to awaken, replacing lecithin with egg yolk, replacing grain storage buckets with rice buckets, and replacing cat litter pads with non-slip mats. Some netizens said that now they will think before buying something for the dog son, if it is for human use, how to buy it, so as to prevent themselves from being harvested by IQ tax.

If you subdivide pets, you will find that cats pay more IQ taxes than dogs. This may be due to the fact that there are more female users of Xiaohongshu. The survey data of iResearch on pet owners shows that the proportion of female cat owners (69%) exceeds that of males (61%), while the proportion of male dog owners (71%) ) than women (64%).

Keren (pseudonym) once bought an electric water dispenser for cats. It is said that it can continuously produce water like a fountain, and it also has a functional design of filtration + heat preservation. As a result, it is quite troublesome to use. First, it is inconvenient to fill with water and clean. Second, the base is very light, and it is easy to be overturned by cats.

“I bought it out of some love, hoping that our Doudou (kitten) could drink clean, warm water all the time, but now it’s sitting idle on the balcony.” Keren said.

Among the crowd recruited in the IQ tax, students, fathers, and boyfriends also appeared. Some people have complained about this, and the family has a stubborn old father who does not listen to advice and always buys some useless things. Some people also complained that the things their boyfriends bought were IQ taxes, such as chewing sticks that still tasted in their mouths after eating, and peculiarly shaped hair drying caps. 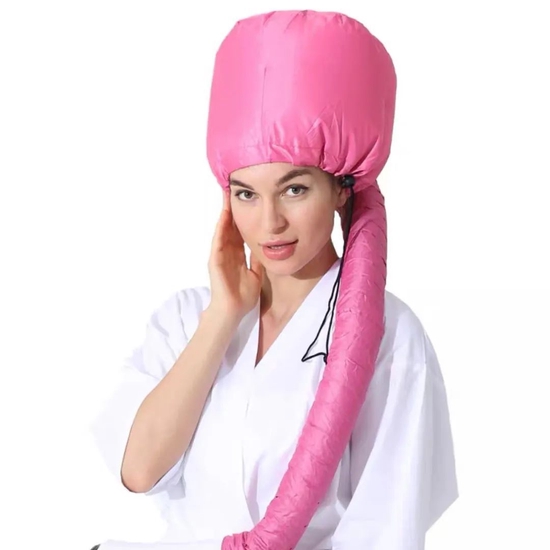 How do you judge the IQ tax?

I found the high incidence area of ​​IQ tax, and learned about the groups closest to IQ tax. Next, we continue to analyze how consumers judge a product is IQ tax.

Among the keywords mentioned in the Xiaohongshu IQ tax notes, the effect ranks first, followed by ingredients and price. 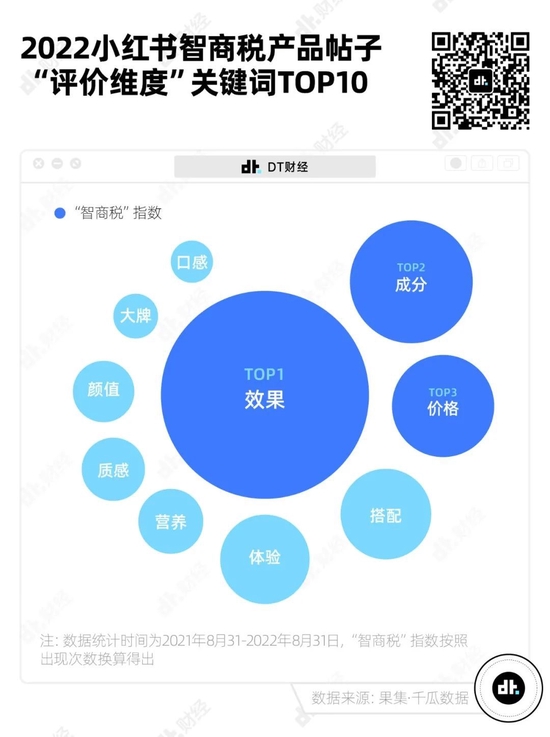 Whether it is an IQ tax or not, just look at the effect to know, which has been fully expressed in beauty products. Beauty products often focus on a set of functions, such as acne removal, lifting, whitening, etc. Once the money is spent and the desired effect is not obtained, it is easy to suspect that you have paid the IQ tax.

Some people have bought a thousand-dollar facial massager, but the scraping board is not yet easy to use. Some people are hit by the advertisements of the beauty device for lifting and tightening, but the skin becomes more sensitive the more it is used. In the face of less obvious effects, there are always people who murmur, wondering if it is their own psychological effect.

To determine whether a product is an IQ tax, if the effect cannot be seen, then disassemble it from the ingredients.

NMN is anti-aging, and Bose is regarded as a standard by the cost party because of its anti-oxidation, niacinamide whitening, astaxanthin anti-free radical and other functions. Advertisements that speak the vernacular are no longer credible. To convince consumers, they must be verified by ingredients.

Even if the ingredients are credible, the extent to which the body absorbs them is important. Therefore, collagen that cannot be directly absorbed by the human body and hyaluronic acid drinks that hydrate the skin are all included in the list of IQ tax.

Price is also a frequently mentioned element in the notes on identifying IQ taxes. It’s not surprising to spend money on useless things, as long as the price is low enough, people can ignore those taxes on IQ. Only when the money is actually spent, it is easier to suspect that you are a big injustice.

In the book “IQ Tax: How to Avoid the IQ Trap in the Age of Information Anxiety”, the author mentioned that in today’s era of consumerism and the information explosion, without a mature mental defense mechanism, we are equivalent to a The exposed ATM has no password, no protection door, and anyone can take whatever they want.

The traditional IQ tax products are still using astaxanthin and Boseine, which are incomprehensible terms, to give people the illusion of professionalism and make people willing to give them their wallets. The new IQ tax products have begun to frame new functions for ordinary products, such as eating snacks to reduce fat, wearing clothes to shape, and mattresses are cool when you touch…

Everyone thinks they can resist the invasion of consumer culture, but the truth is, turn around and be immersed in the beautiful picture painted by the commodity.

Only the Book of Answers that I flipped through the day I bought it could not answer the confusion in life. Having a multi-functional pot with a powerful appearance does not mean that you have mastered a stylish quality life.

IQ taxes are everywhere, and no matter how smart people are, they will inevitably get hit. If you have an emotional feeling about something, you might as well look at other people’s evaluations, look at the treadmills used to dry clothes in other people’s homes, and the cat toys piled up with ashes, and imagine what will happen if you buy them back.

If you still can’t stop the itch, then please clearly understand that it may be hung up by you in the future, and then press the payment button with a sense of ritual, and you have the right to pay for the happiness of the moment.

However, although happiness is good, remember to buy shipping insurance.

This article is reproduced from: http://finance.sina.com.cn/tech/csj/2022-09-09/doc-imqmmtha6647687.shtml
This site is for inclusion only, and the copyright belongs to the original author.