On Friday, the company table tennis club organizes play activities, 20:00 – 21:30. After 9:30, Aria and I took the bus back together. On the way, we discussed the news in the group. In the afternoon, there was information that there were positive close contacts in our community , and some communities had been closed. At this time I’m still relatively optimistic. After all, I heard that it’s just a close connection, and it’s still far from my community, so it shouldn’t be serious.

At about ten o’clock, we arrived at the community bus station. After getting off the bus, we went to the supermarket in a tacit understanding. Because we didn’t know what would happen next, we should prepare according to the worse situation. The supermarket was already full of people , and there was a long queue at the checkout counter. I simply took some daily necessities and food and went back.

When I arrived at the west gate of the community, I saw a lot of people standing in the distance, people wearing protective clothing and ordinary people mixed together, black and white. There were still many people standing across the road, presumably to watch the fun.

The gate of the community has been surrounded by lines, and it is also full of staff wearing protective clothing. The protective suits from the car were handed out and distributed to others—I don’t know if they were volunteers, or people who were pulled into quarantine—and within a short while, people in white covered the entire doorway. 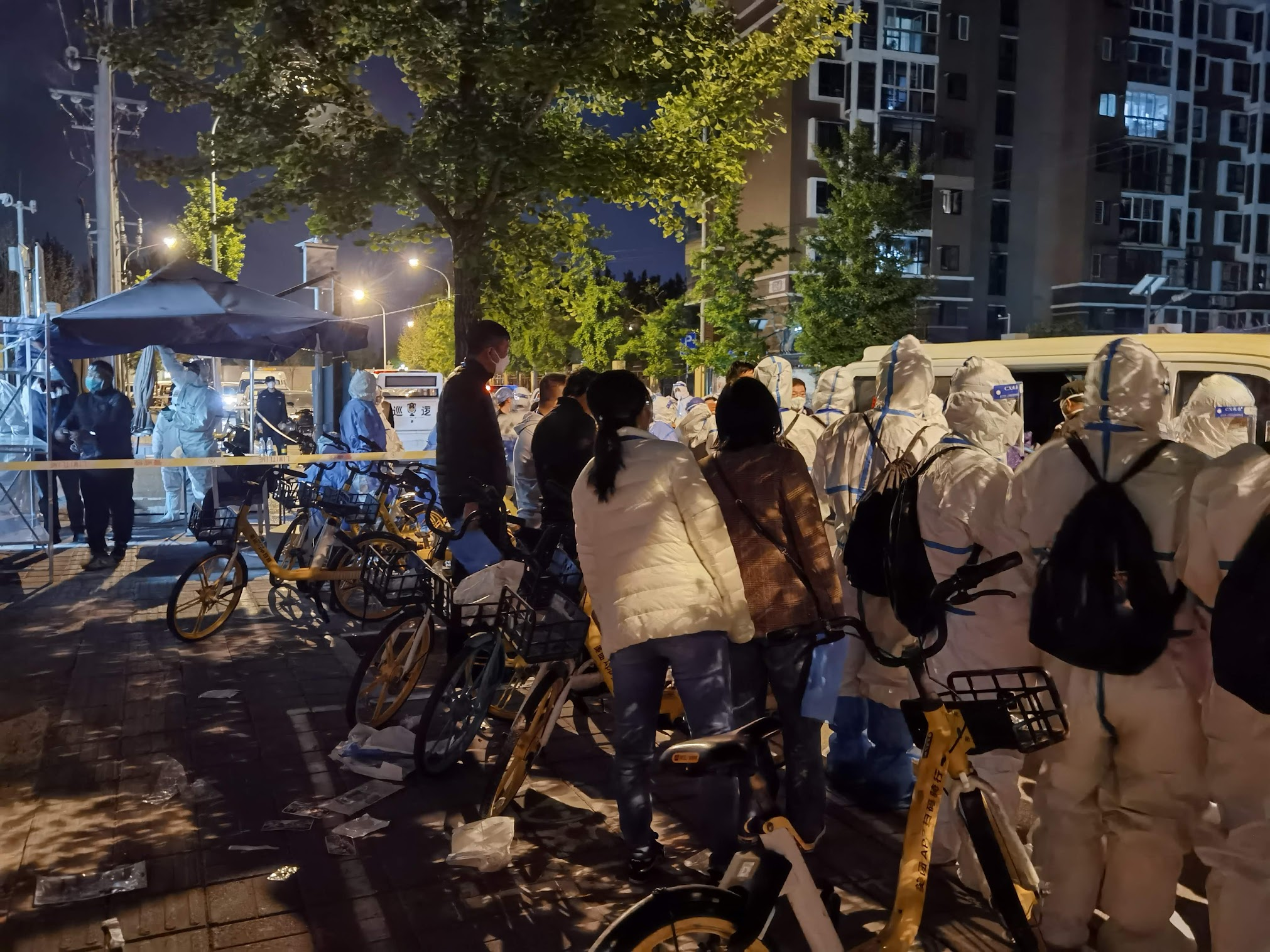 I asked a few people with staff signs to inquire about the situation, but to my disappointment, they had no way of knowing, and they seemed to be pulled in temporarily.

Outside the fence, the two girls stood there frowning, presumably knowing some news, so they asked me to ask.

“Excuse me, do you know what’s going on right now, are you not allowed to enter the community?”

“You can only go in but not out. I don’t know how long it will be closed.”

“We asked the leaders and didn’t agree to work from home, but we didn’t have ID cards… We couldn’t stay in hotels…”

I suddenly became enlightened, those who stood under the wall and looked inward, perhaps for one reason or another, did not want to and could not lose their freedom . Just like the pair of girls who can’t work from home, those who need to see a doctor can’t be delayed…

I said to the pair of girls, let me get your ID card for you. Immediately, they beamed with joy and danced to tell me where I was, as if they were caught in a torrent and suddenly grabbed a life-saving straw.

They thought they were just taking two ID cards. After arriving at their house, they asked if they could pack their luggage together. I agreed immediately, I think, they are ready to stay outside for a long time .

I live-streamed them through the video call to pack their luggage, so that they could check if they missed anything, and more importantly, to reassure them. After all, a strange man entered the room and felt somewhat insecure.

The girls’ room is really messy. I used to think this was just a joke, but I didn’t expect it to be true. It looks bright and beautiful, but it’s actually very “sloppy” in private. This time I feel it (of course, I don’t mean to complain about them here). You can imagine how much time she spent trying to make her room look neater before I went to Shero’s.

After I helped them deliver their luggage, I took the initiative to delete each other. On the one hand, I thought it was a small effort, and there was no need for follow-up; on the other hand, I thought it was out of respect for them, after all, a strange man saw them I don’t want to show the private side to others, so I won’t have the face to meet again in the future. So, out of courtesy, after fixing the problem, I deleted them. 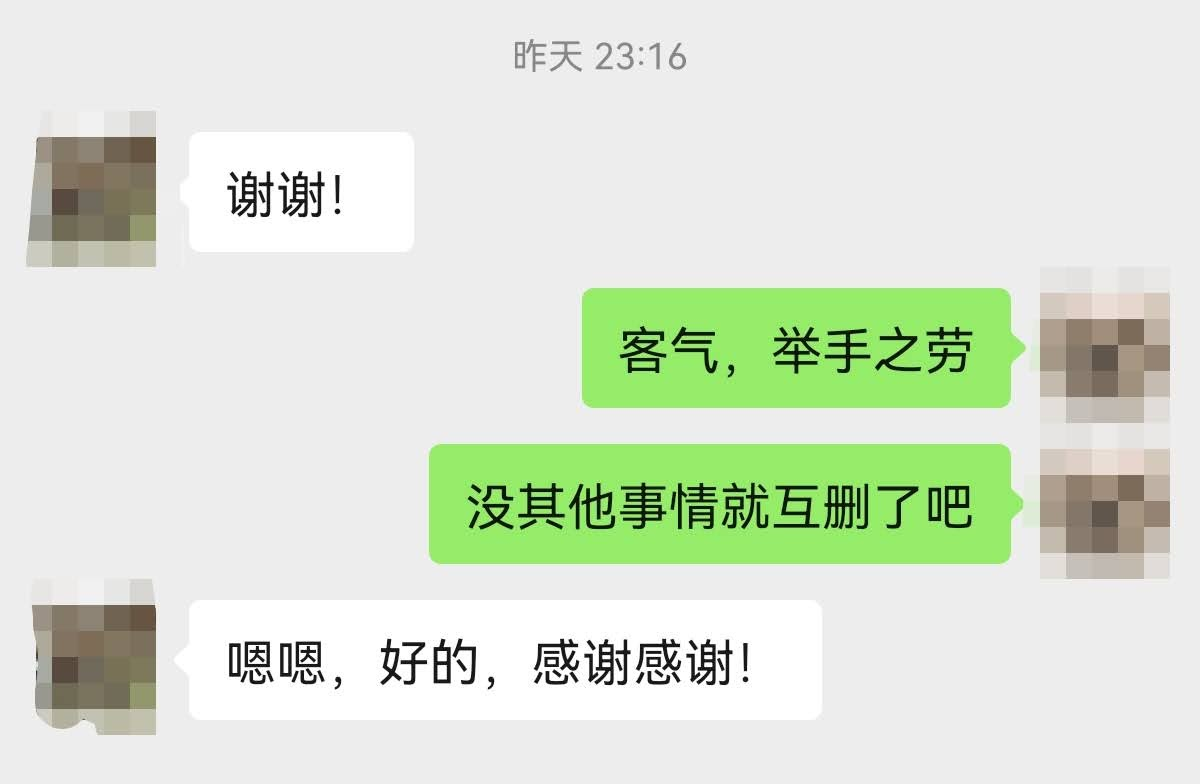 It’s a small thing, but in this absurd era, it’s a little bit of help .

It was past eleven o’clock when I got home, and I didn’t feel sleepy after a simple wash, because I knew I would knock on the door and go downstairs for nucleic acid—the last time I was quarantined, I also knocked on the door late at night .

At one o’clock in the morning, there was a hurried knock on the door, and the community notified to go downstairs to do nucleic acid.

When I came downstairs, there were not many people, and it took me 20 minutes to wait in line. The current nucleic acid process is quite efficient . It takes less than a minute to register information, swipe the ID card, and then stab in the throat. 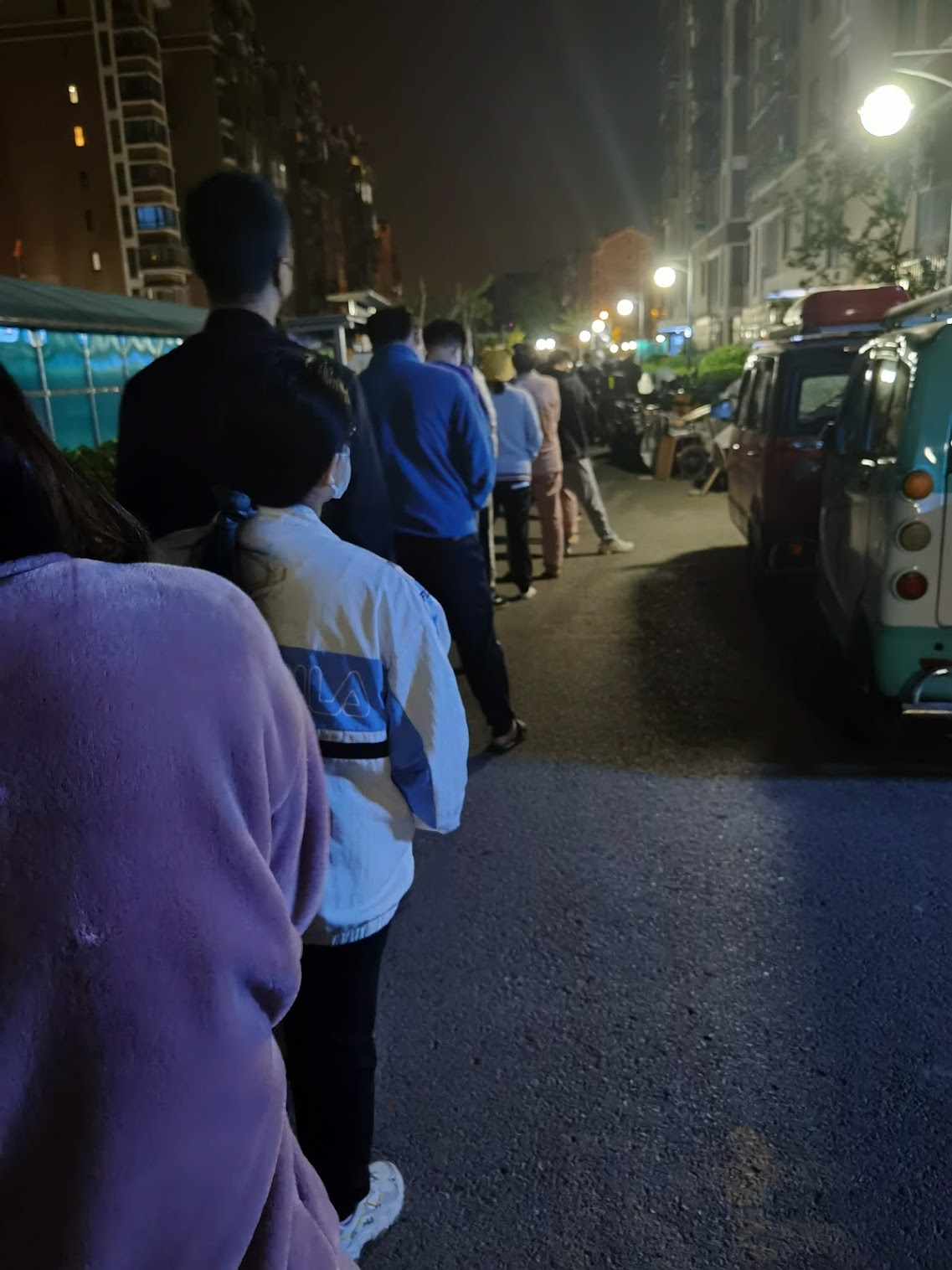 After I finished, I looked at the team again, and it was already lined up at the entrance of the community. It was just after one o’clock at this time. The downstairs were only people from our unit building. There are as many as ten rows of buildings in the community, and there are more than a dozen in this area. ‘s district.

After two o’clock, Ma came back from the wine party and told me that the downstairs was still full of people – almost all night . 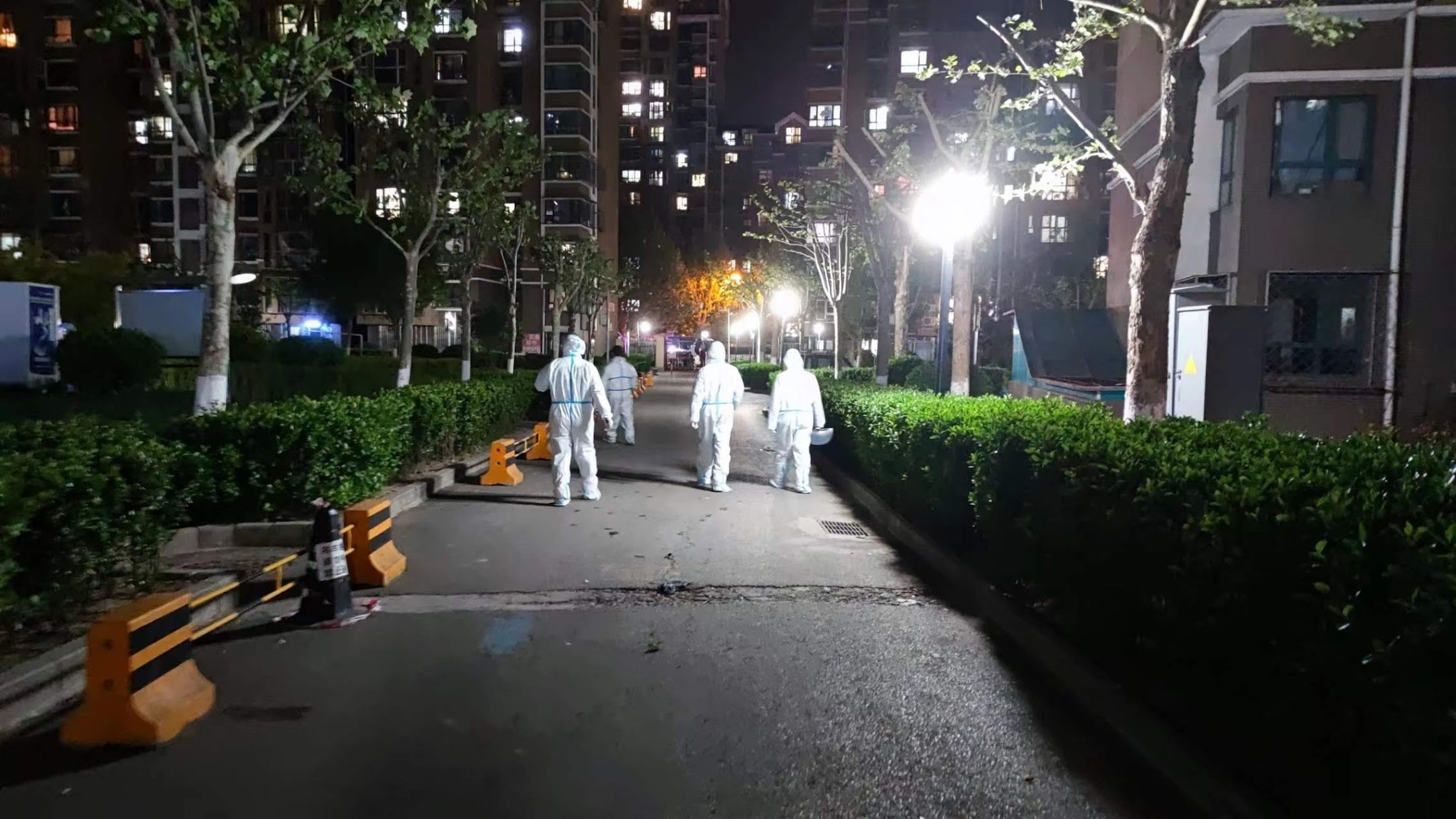 When I woke up in the morning, the group notified the prevention and control news:

According to the notification from the disease control department, on April 23, 1 confirmed case appeared in the xx area of ​​xx hometown in xx area. After initial research and judgment, Building No. 1 was designated as a closed-off area, and from now on, “area closed, no home, door-to-door service”; other residential buildings other than No. Building, gathering is strictly prohibited.” The east gate of the community is currently closed, and entry and exit are prohibited. As the import and export of basic living materials, the west gate of the community is subject to all-weather closure and control management. If you have special difficulties, please contact the community xxxx and property xxxx. We will inform you of the latest situation of the closure and control of the community as soon as possible through the property, community and building WeChat groups

The second round of isolation has officially started.

This article is reprinted from: https://aaronnick.github.io/posts/blocked-neighborhood/
This site is for inclusion only, and the copyright belongs to the original author.