Earlier, Ren Zhengfei also mentioned in his internal speech, “In the past two years, despite the constant changes in the external environment, we (Huawei) must be clear that building ICT (information and communication technology) infrastructure is Huawei’s historical mission. The more difficult it is, the more unshakable it is.” 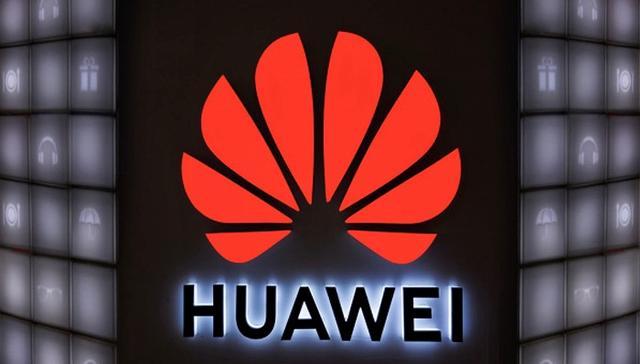 In this regard, Hu Houkun, Huawei’s rotating chairman, said: “Although the terminal business has been greatly affected, the ICT infrastructure business has maintained steady growth. We will actively seize the development trend of digitalization and low-carbon development, and create value for customers and partners. Achieving quality development.”

Leifeng.com learned that since Huawei was sanctioned, due to factors such as chip supply constraints, Huawei’s terminal business revenue has been in a downward trend, and the mobile phone business has declined the most.

In other words, the former cash cow terminal business has lost its growth momentum, and its revenue contribution has dropped from more than 50% to about 33%, which has also largely contributed to the decline in Huawei’s overall revenue. However, compared with the same period last year, the decline in revenue has narrowed.

According to Omdia data, in the first and second quarters of this year, Huawei’s mobile phone shipments were 5.6 million and 6.4 million respectively, and Huawei’s mobile phone market ranking in the world has slipped to “others” outside the top five. In the first half of the year, the revenue contribution of the terminal business to Huawei also dropped from more than 50% to 33%.

According to previously published information, before sanctions were imposed, Huawei’s mobile phone shipments ranked first in the world, and it ranked first in domestic shipments for several consecutive quarters. However, since the chip supply channel was cut off, Huawei The phone lost its upward thrust.

Although Huawei still ranks third in the world, its sales share has been greatly squeezed by Apple and Samsung, mainly due to the loss of market share due to the limited 5G function of Huawei mobile phones.

However, in the field of folding screen mobile phones, Huawei still has a strong voice.

Omdia data shows that in the first and second quarters of this year, Huawei’s mobile phone shipments were 5.6 million and 6.4 million respectively. In the domestic folding screen mobile phone market, Huawei ranks first in terms of sales. In the second quarter, Huawei’s folding mobile phone sales were about 315,000, a year-on-year increase of 70%, and its market share reached 53.7%.

Under the circumstance that the terminal business is blocked, Huawei is also actively seeking changes.

Beginning in 2021, Huawei has vigorously promoted the organizational reform of “corporation-based operation” internally, which has led to the recovery of the B-end business. As can be seen from the financial report data, enterprise business revenue is the fastest growing sector, which is not unrelated to Huawei’s multiple initiatives in the To B field.

In the past year, Huawei has successively established three groups of legions, covering more than 20 sub-sectors such as coal mines, smart roads, customs and ports, and smart photovoltaics.

At present, under the wave of digital transformation, Huawei has released 11 scenario-based solutions for key industries such as government, transportation, finance, energy, and manufacturing, and has successively established coal mines, smart roads, customs and ports, smart photovoltaics, and data centers. Energy, power digitalization and other legions, integrate resources to efficiently serve customers.

“The army should focus on sales revenue, all for more food, and all for victory.” Ding Yun, vice chairman of Huawei’s board of supervisors, once said.

Chen Banghua, vice president of Huawei’s corporate BG, once said in an interview that although Huawei has achieved a 30% increase in revenue in 2021 in cloud, digital energy and other fields, and overseas growth is also close to 20%, the domestic growth does not meet expectations. Therefore, Huawei established a legion, hoping to further focus its To B business on sub-sectors, and through the legion model to be closer to customers, to drive revenue growth.

In June this year, Huawei officially announced the establishment of the third batch of corps/system departments, adding a total of 5 new digital finance corps, site energy corps, machine vision corps, manufacturing industry digital system department, and public utility system department. Ren Zhengfei, founder of Huawei, said: “Everything is for the front line, and winning battles should be regarded as a belief!”

It is reported that the legion is an organizational method that Huawei has implemented since 2021 to “focus on single-point breakthroughs in the industry”. The first batch of legions was officially established in October 2021. At present, it has grown to 18 legions and 2 system departments.

This article is reprinted from: https://www.leiphone.com/category/industrynews/ZOMkLlX0MMcbN7GH.html
This site is for inclusion only, and the copyright belongs to the original author.