When he first came, Wuming was very nervous, and he was taken aback by the slightest movement. I thought it was caused by bumps and motion sickness on the road, but I found out later that he is such a timid character that he refused to follow others slowly in the first few months, and always wanted to rush forward by himself. He would also be startled by the sound of passing a tree brushing the leaves, the wind blows and the grass moves. And I don’t have anything else here, just quiet, and he can’t see other people or cars at all, so he has always been lonely and timid.

The traditional solution is to wear him a horse bell, which jingles, and when the wind blows, he ignores the small sounds in the environment and slowly gets used to the noise. I thought he would reject the horse bell at first, but after wearing it, he was very adaptable. He shook his head and made a noise before he was fine. I thought he had a musical dream… But the problem is that the horse bell didn’t make any noise. His desensitization effect. 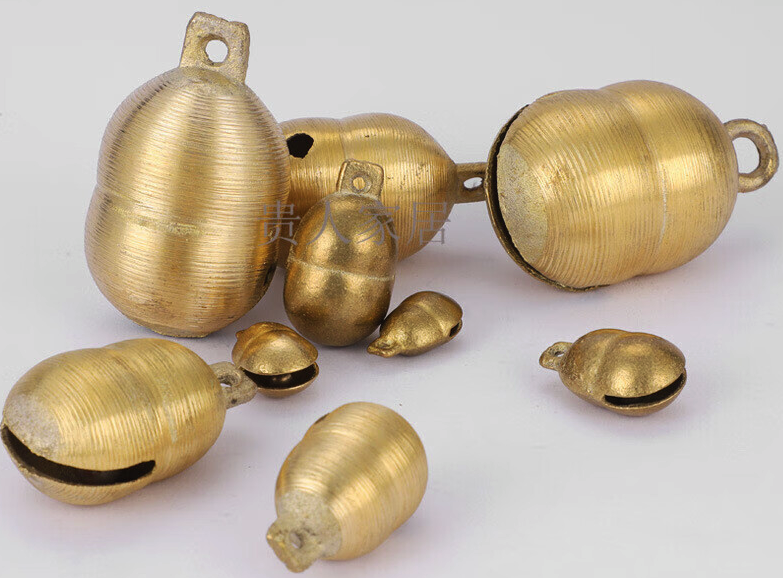 By the way, potatoes are called potatoes because they look like potatoes

The first few months were all about letting Wuming get used to the environment and recognize his home. The most troublesome thing in this process is that after he was frightened, he broke off the reins and ran away, so he had to chase after him and run around the mountains. Just breaking the reins is not bad, at least after finding it, you can slowly get close to the bridle (the bridle is the strands of rope that go around the horse’s head, which can be connected to the reins). If he couldn’t catch it at all, he had to set a food trap and put a rope around his legs to control him and put a bridle on him. Wuming is also very shrewd. After being trapped for the first time, he knew to observe the ropes on the ground. He kept walking around. In the end, I sacrificed a bundle of green wheat seedlings to catch him.

Of course, these problems no longer exist. He has recognized his family as his master. Even if he is frightened outside, he will run to the horse pen by himself, and he will not reject my touch, so even if the bridle is dropped, I can put it back on him alone. . There is such a wonderful sense of achievement in dealing with animals.

Wuming had probably adapted to the environment after two months of coming, so he began to train horses. My neighbor’s aunt’s husband, Master Xu, used to keep a lot of mules and horses at home, so he was very confident to help me train the horses. But I’m starting to find a problem: they can’t ride at all!

The main function of mules and horses in the mountains is to carry heavy loads, so they only have pack saddles and no saddles! When they say horseback riding, they mean sitting sideways on the pack saddle, not sitting on the saddle as we generally think of… 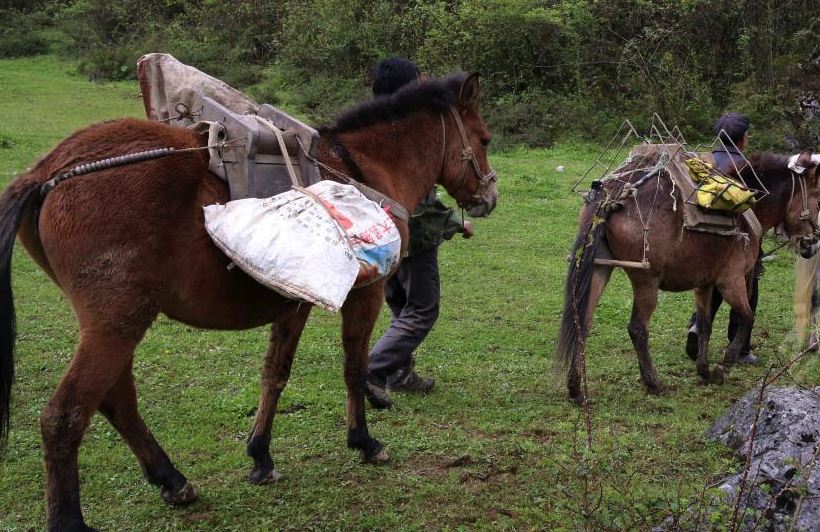 ↑This is called a pack saddle 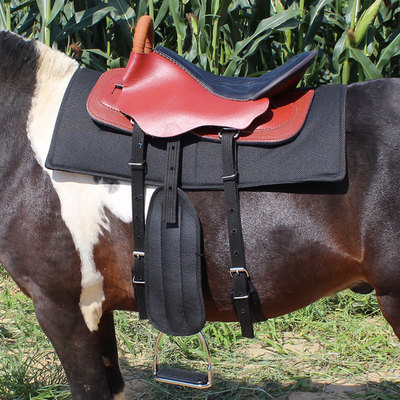 ↑This is called a saddle

This is embarrassing. Master Xu and I both have to grope like novices. I can’t buy a saddle locally at all, so I can only buy it on Taobao. After I bought it, I assembled it according to my memory of riding before. Later, Master Xu said that there are two missing accessories, the chest climbing and the scorpion. I researched and found that they were tied to the horse’s chest and the back of the tail. Because there are up and down slopes in the mountains, these two are to prevent the saddle from moving forward and backward, but I’ve been riding on the plains before, so I haven’t seen either of those things at all. After completing the accessories, the first time on the saddle began. 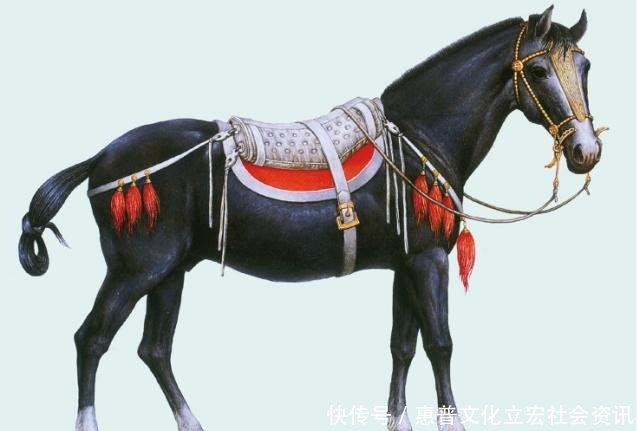 The white straps with red spikes are the chest and scorpion. The scorpion will just press on the base of the tail, but above the anus, so it will not be dirty. In other words, there are no physical photos of this thing on the Internet, only archaeological drawings…

The process of training a horse is very strong, you have to use your strength to subdue him, let him understand that he is weaker than you, and then he will be obedient. If you can’t do it all at once and fail in the middle, the horse will think that resistance is useful, and will often rebel in the future. Therefore, it is very important to get on the saddle for the first time, and the local mountain people even have to turn over the almanac to choose the auspicious day.

First, the nameless head was fixed to a tree through the reins of the bridle, and then one front foot was folded and tied, and the two hind feet were tied together, so that he could not stand easily and would not attack anyone. Then saddle him, tie him tightly, and then carefully untie the ropes of the front and rear legs in turn. At this time, he will struggle and jump, and people should stay far away. After he calms down, untie the reins of his head. , try to get him to move slowly with the saddle on.

The first step is probably like this, Wuming still doesn’t know what will happen

Fortunately, although it was very tiring to get on the saddle, it was relatively smooth. After struggling for a while, Wuming accepted the saddle. After that, he was saddled and saddled every day to get him used to the presence of saddles and stirrups (at the beginning he was often frightened by the swaying stirrups, and there were also cases where the horse’s legs were accidentally entangled in the stirrups when lying down to rest) . After a month he was fully familiar with the saddle, the next step was weight training. 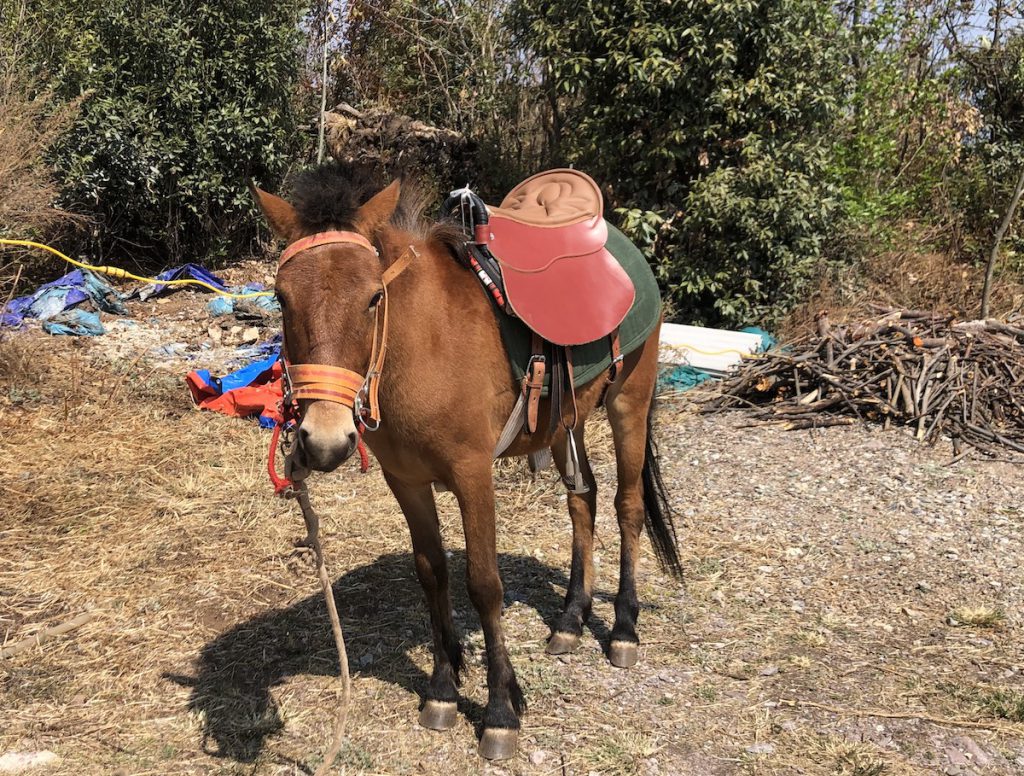 The first time in the saddle, after struggling, I can only choose to accept the saddle

At this time, Wuming’s relationship with me has gradually improved. The first time he saw me, he would turn around, and then I stuck by the tree and brushed him all over his body (please imagine the overbearing president-style Shudong) (In Ranch Story, brush the horse once a day, and the favorability score is +2. So slow), being led by me to eat grass every day, Wuming has gradually become less afraid of me. I even tried putting weight on him with my upper body on the saddle and he didn’t resist, so I thought weight training would work just as well with the saddle. But I was wrong.

A person weighs at least 100 pounds, and a horse may feel uncomfortable and panic if he adds so much weight all at once, so he has to increase the weight slowly. Master Xu brought the mule’s pack saddle from home and put two small bags of gravel on it. Unexpectedly, Wuming resisted and kept jumping and trying to throw things off. We shortened the reins and tied him to the tree, and he struggled to himself. Normally, after struggling for a while, the horse will calm down and adapt slowly. However, Wuming regained his strength after resting for a while and began to jump again, and the cycle was endless. We had no choice but to watch him from a distance to make sure he was okay, and untie the weights when it got dark.

As a result, he refused to get on the saddle the next day, not even a weightless saddle. After reading it, Master Xu said that because he struggled so hard the day before, he had torn the base of the ponytail and swollen a lot. In this way, he can only rest for a few days before he can take care of it.

By the way, the leather I bought on Taobao is made of leather. I feel that the texture is very good, but Master Xu said that it is not easy to use. It is best to apply a little oil every time so that the butt will not be rubbed. The mountain people use wooden shovels, but they don’t have such troubles.

After Wuming recovered from his injury, he still firmly refused to pack saddles and heavy objects, but he could accept riding a saddle. So I had to figure out another way. I bought two bamboo baskets, tied the left and the right to the saddle with ropes, and put bricks in the bamboo baskets. Start by placing one brick on each side, and then slowly add them up. It’s fine when it’s light, but when it gets heavier, he still sometimes jumps and throws bricks all over the floor. I can only follow behind to pick up the bricks one by one, and try to put them back when he’s quiet. 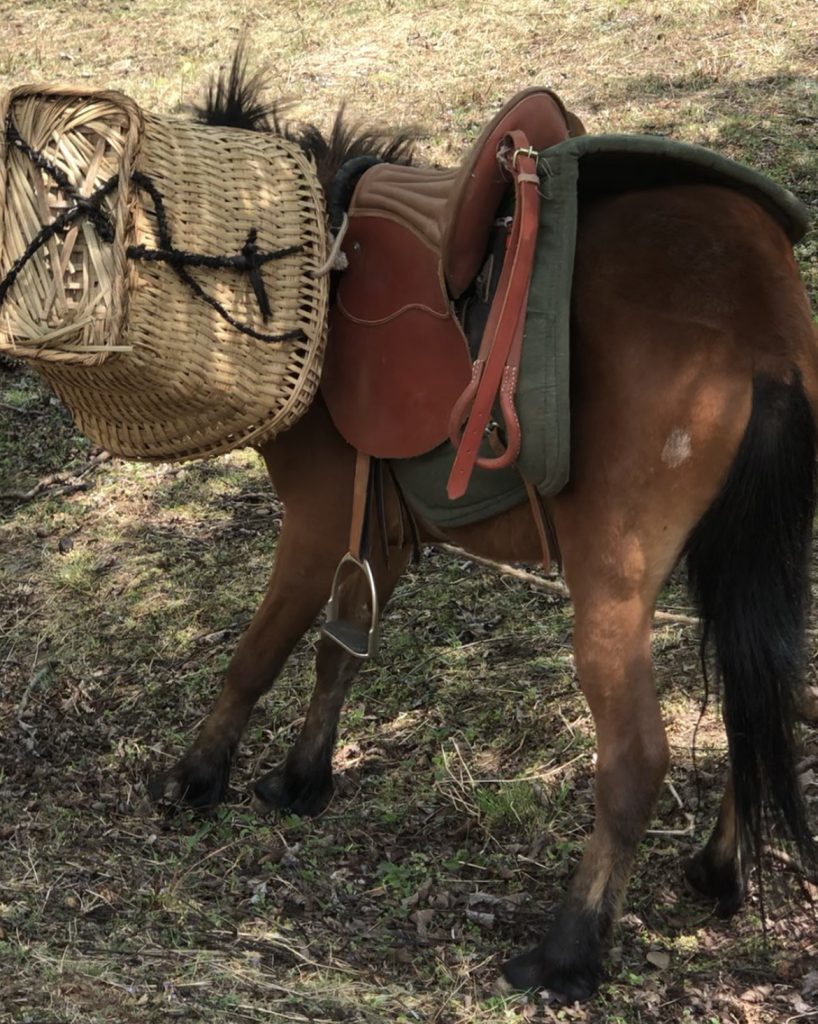 Sometimes there will be a funny scene where he is thrown over his head by a bamboo basket after a wild jump. After laughing, he can only be very careful to appease him before taking the basket off.

I don’t remember how long this process lasted, and finally he was able to calmly accept ten bricks on the left and right, and he was only one step away from the great achievement!

Then one day I decided to climb up and try, so I tied Wuming to a tree, and got on my horse in a fit of rage, and it was a success! He didn’t struggle, he didn’t jump, he just accepted the weight I was putting on him, I was amazing! 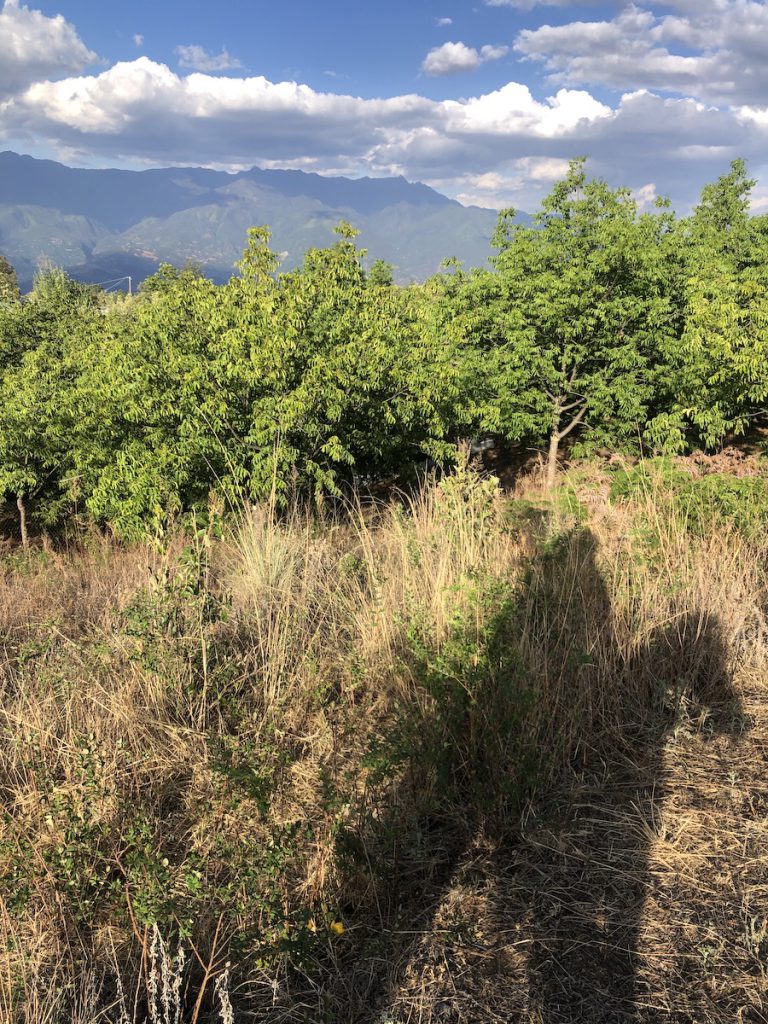 This kind of joy no one else can experience

Auntie and Master Xu were both shocked that I had completed the weight training and mounted the horse alone, but so far I can only complete the “horse riding” in a static state. I dare not let Wuming move when I am alone, it is too dangerous , so we discussed to find a day to let Master Xu lead the horse and carry me for a walk.

Before that day came, I was kicked by Wuming.

This article is reprinted from: https://maozjj.com/?p=143
This site is for inclusion only, and the copyright belongs to the original author.